The Air Jordan 3 is Michael Jordan’s third signature model and is one of the most iconic silhouettes of the OG Jordan line. The shoe originally debut in 1988 and was the first Air Jordan model to implement visible Air units, the iconic Jumpman logo, and the classic elephant print.

The Jordan 3 was the first Jordan sneaker designed by legendary designer Tinker Hatfield. The original design featured Nike’s swoosh, but the final product featured only the Jumpman logo.

The Jordan 3 was the shoe Michael wore during the legendary 1988 Dunk Contest as he took off from the free-throw line. Mike would win his first MVP trophy that year as well.

The Air Jordan 3 is no longer a top-of-the-line on-court performer, but it’s still one of the sleekest and most sought-after models of the Jordan line. 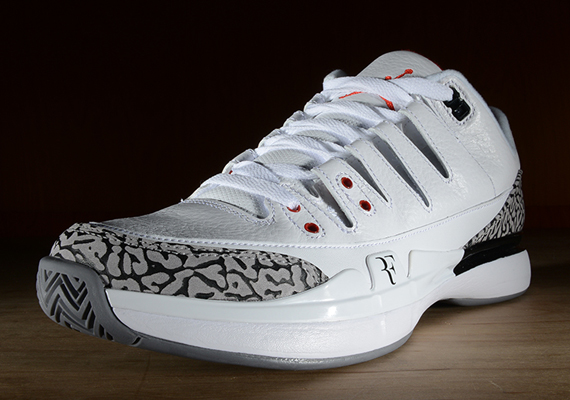 A sneaker that falls under the “didn’t see that coming” category is this Nike Zoom Vapor 9 colorway based on the Air Jordan 3 ‘White Cement’. The one connection between the Roger Federer sneaker and the Michael Jordan shoe is the fact that Tinker Hatfield designed both, with the former being created on an iPad. The shoe itself utilizes Federer’s
August 25, 2014 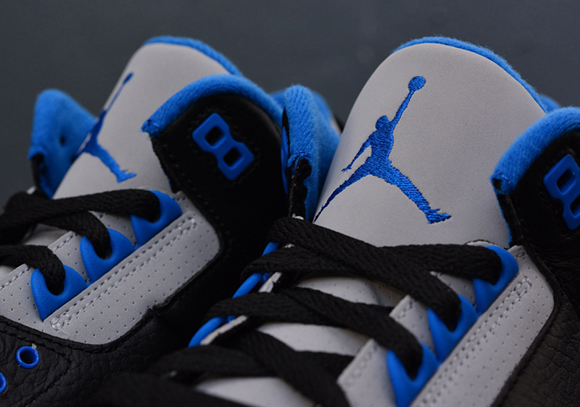 The Air Jordan 3 Retro featuring a black/ sport blue colorway are closing in on its August release date. This up close and personal look at the shoe really makes me drool a bit. I love the black/ cement colorway, and adding the blue hits turns a shoe I love into a shoe that I really love… screams Nightwing to
July 23, 2014 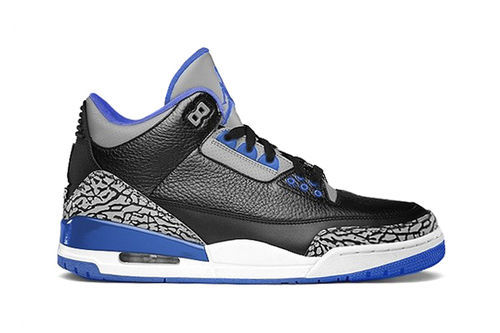 The Air Jordan 3 Retro in Sport Blue is now available for pre-order from SneakerCrew. This is just a guess, but I assume these will sell faster than the 14’s that feature the same color.
July 22, 2014 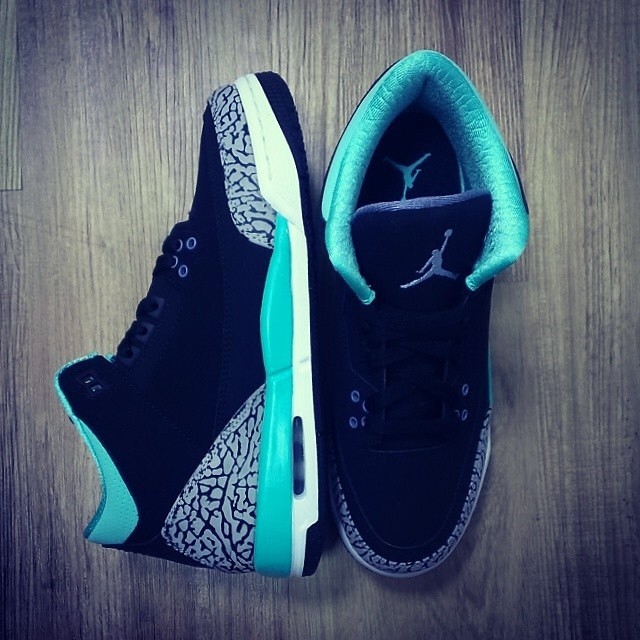 Here is a first look at the Air Jordan 3 Retro GS “Tiffany.” It features the famous Tiffany blue on the midsole and collar lining. So far, this will only be a GS release. What do you think? Should Jordan Brand release these in larger sizes? Stay tuned to WearTesters.com for a release date and price.   Via
July 22, 2014 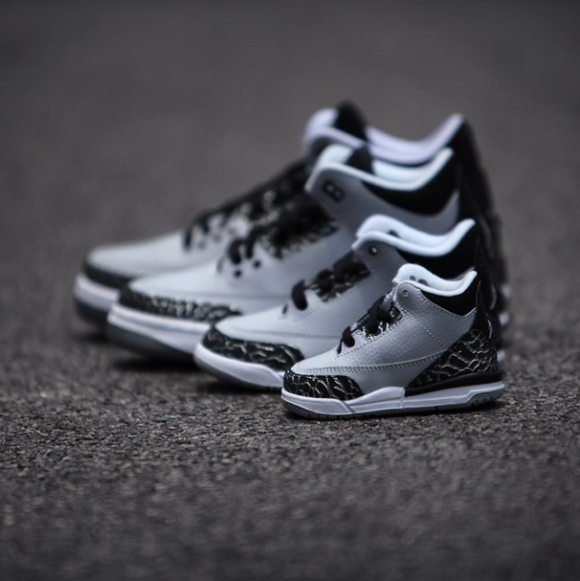 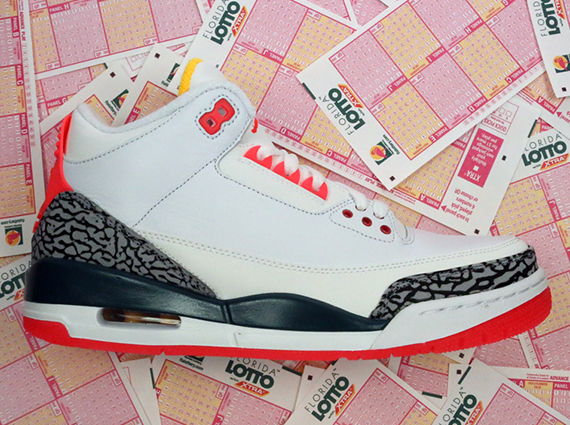 I’m pumped about this shoe, as unlikely as it is to get, I’m still excited. And I will be at the official unveiling event this weekend. Sure, some people think this sneaker is ugly. Sure, DJ Khaled’s had it for a while. But for me, this sneaker is more than an Air Jordan 3. I always get excited when hype
July 14, 2014 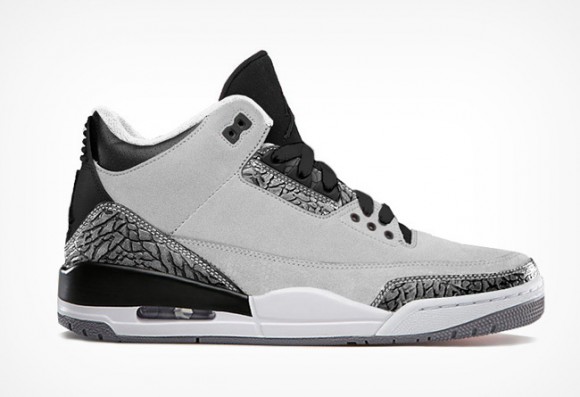 If you were interested in the upcoming Air Jordan 3 Retro ‘Wolf Grey’ and wanted to ensure you get a pair then you can place a pre-order at SneakerCrew.com now.
July 3, 2014 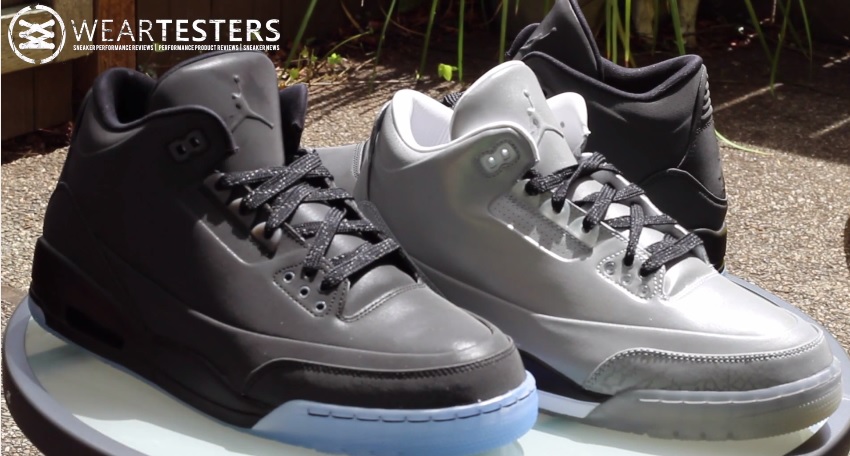 If you were interested in the upcoming Air Jordan 3 5Lab3 in the Black Reflective colorway then maybe this detailed look and review will give you a better idea of what you’re anticipating. After comparing the two colorways together, I personally prefer the Black vs the Silver. Let me know which you prefer and thanks for watching!
May 15, 2014 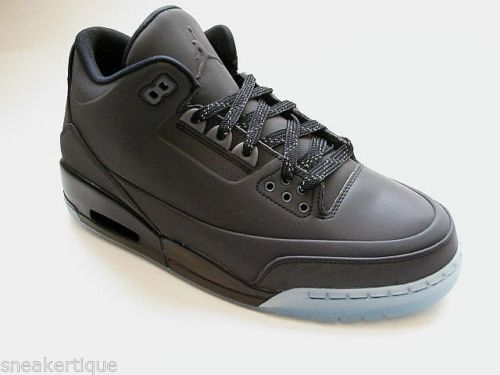 WearTesters gave you an official first look at the upcoming Air Jordan 3 5Lab3 in its black reflective colorway and now we have a detailed look at the shoe. These will release May 17th for those interested and come with a premium price tag of $225. If silver wasn’t your thing then maybe this toned down look is more your
May 2, 2014 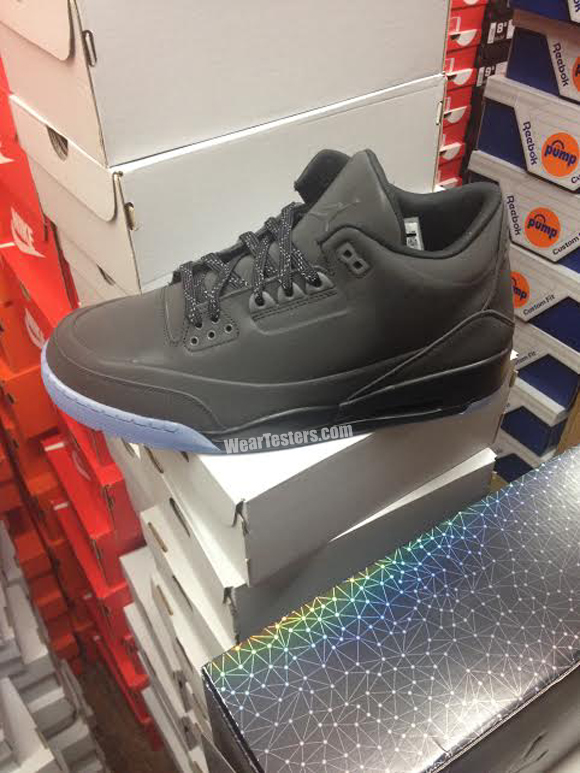 Here is a quick snapshot of the upcoming Air Jordan 3 Retro from the 5Lab3 series in its black reflective upper. These are said to be releasing on May 17th so if you’re interested then you might want to call around to see who will be getting them along with their ticket or raffle procedure. What do you guys think;
May 1, 2014 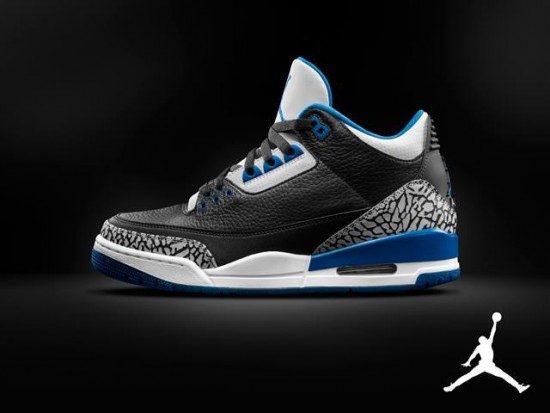 The Cement Jordan 3’s are regarded as grails to a reasonably large portion of the sneaker community. Some people are still looking for them, but in the meantime, a very similar colorway has appeared. Jordan brand has been killing it with new Air Jordan 3 colorways. First off, the materials on the Air Jordan 3 are always on point, and
March 25, 2014 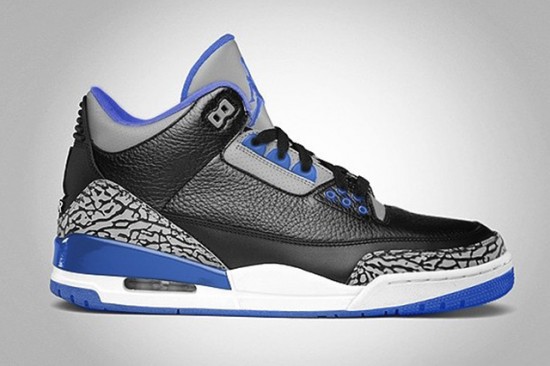 If your a fan of the cement 3’s, these are a must cop. These ‘Sport Blue’ 3’s have a lot of similarities with the cement 3’s. Of course the first thing you’ll notice is the red is replaced with blue, and the midsole is blue instead of black at the heel. In my opinion, the Air Jordan 3 is outfitted
March 16, 2014 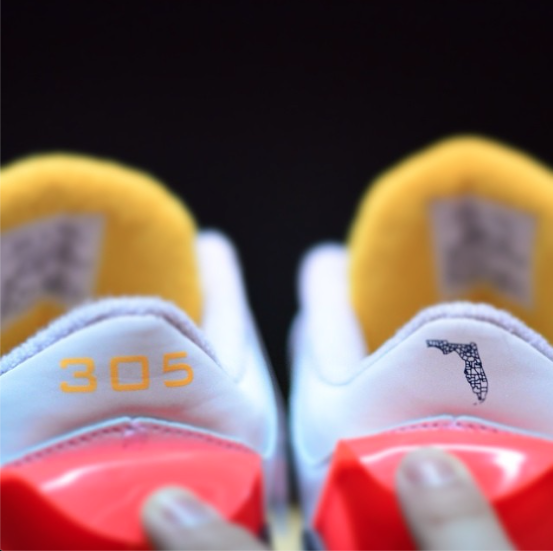 Oh, why hello there beautiful… If you haven’t been able to tell by now, I’m VERY excited for these to drop. The more I see them, the more I fall in love. Repping my home’s area code on one shoe, and the state of Florida on the other, Solefly is really playing with my emotions. I’m beyond ecstatic for these
March 11, 2014 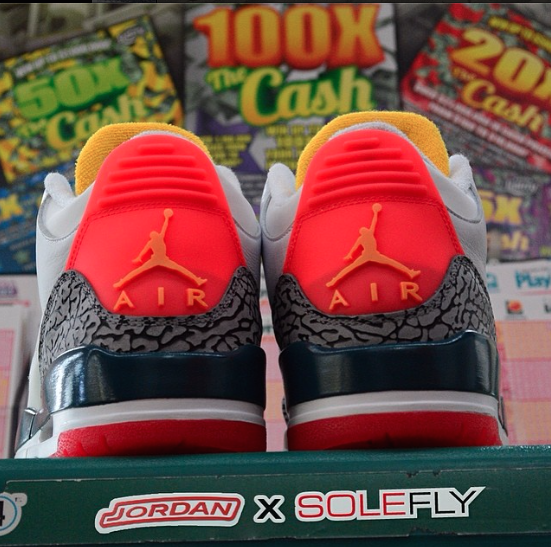 We saw the smaller Jordan x Solefly teasers earlier, but now we get a more definite image on what there shoes are gonna look like. I’m loving them, and it looks like these are gonna be a scratch off to win sort of release (the scratch off lottery tickets in the background sell it) which is a refreshing sort of
March 8, 2014 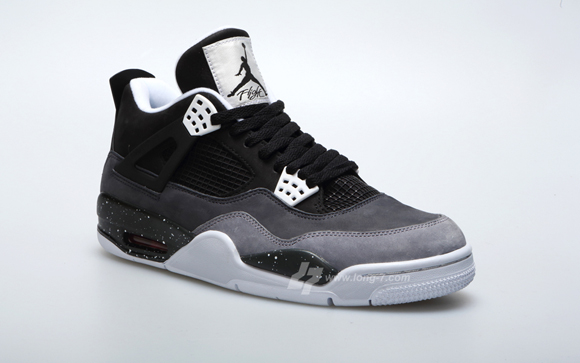 Most of you might already know about the insane Retro lineup we have for 2013. Classics such as the White/ Black- Fire Red Air Jordan V’s, Black/ Red Air Jordan XIII’s along with a ton of others. The other sneaker blogs pretty much covered all of next years releases already but one I was happy to see – that I
October 19, 2012