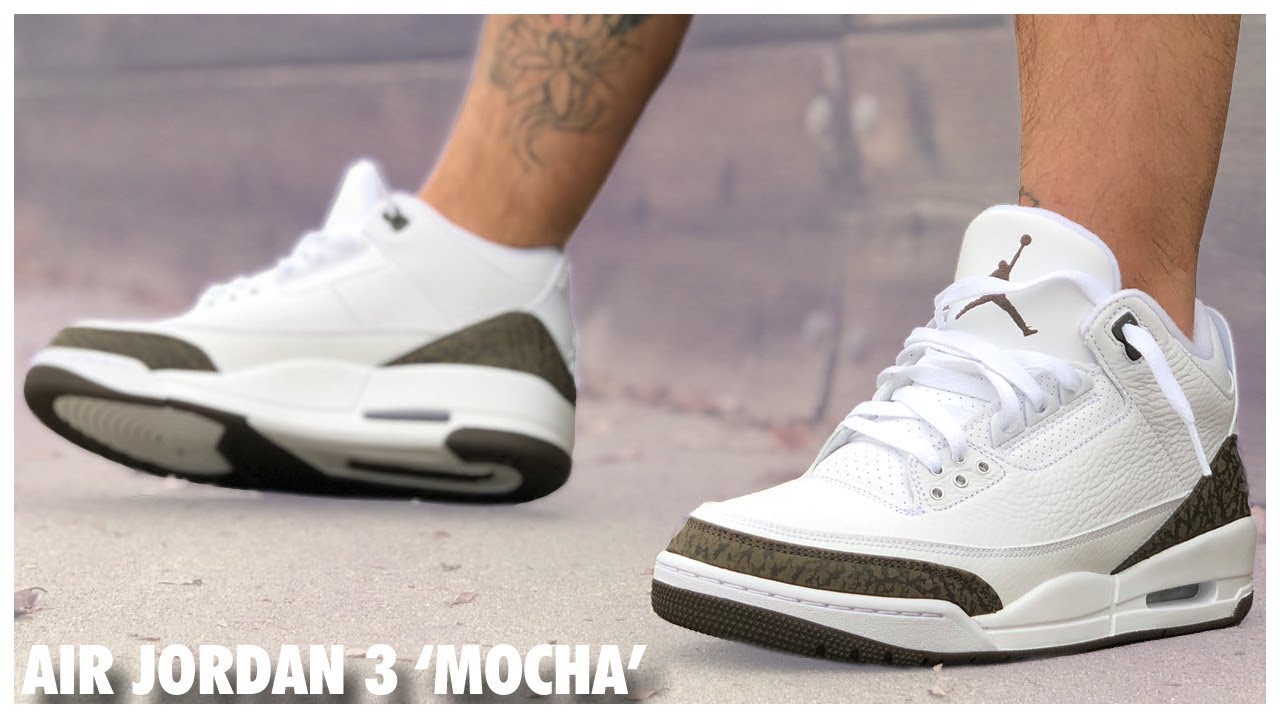 The Air Jordan 3 ‘Mocha’ returns to end 2018 and today, we take a detailed look at the upcoming release.

Originally released in 2001, the Mocha Air Jordan 3 was an unforeseen change of pace at the time.

Retro releases were still fairly new (other than the 1994 Retro releases that were ahead of their time) and while Jordan Brand had seen success with re-releases of classics in OG colors, this ‘Mocha’ brown was more a play on what was currently trending at that time — skate shoes. Brown suede skate shoes were all the rage and the Air Jordan 3 featuring brown elephant print was something most sneakerheads weren’t ready to see.

Now, the Air Jordan 3 ‘Mocha’ is somewhat considered a cult classic and is set to return December 15, only one weekend after the Air Jordan 11 ‘Concord’ release. So despite how nice they are, history might repeat itself as the 2018 version may end up sitting on shelves.

We hope you enjoy our review on the Air Jordan 3 ‘Mocha’ and be sure to share your thoughts on them below in the comment section.