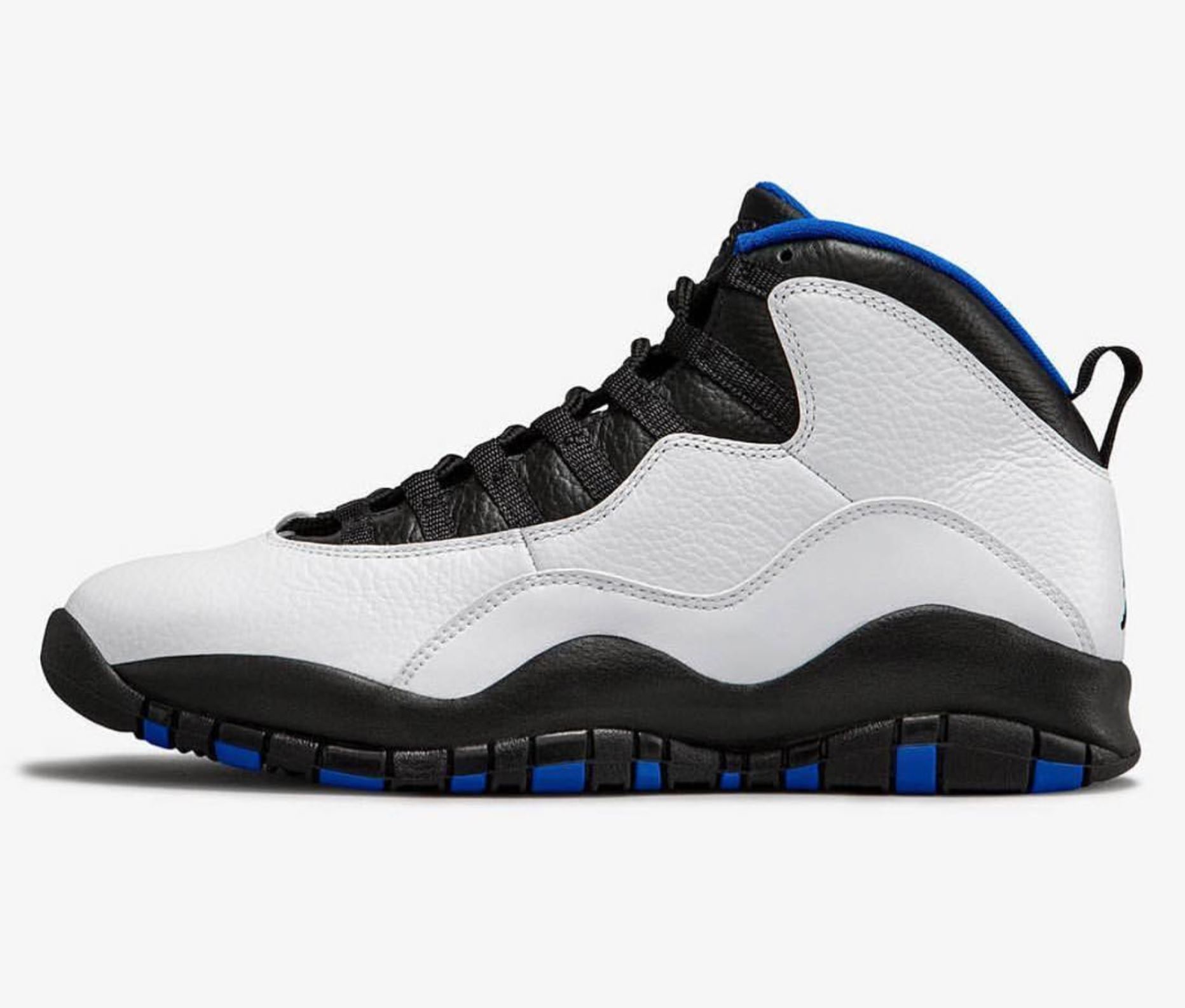 There’s no word on whether the entire Air Jordan 10 City Pack is coming back, but so far, the ‘Orlando’ colorway should be back by December.

In 2018 the fashion world can’t stop bringing back looks and gear from the ’90s — fanny packs, oversized puffer jackets, motocross gear, and bulky sneakers. Jordan Brand seems to be on that wave too, because the Air Jordan 10 ‘Orlando’ is coming back.

According to leaker @zsneakerheadz, expect the Air Jordan 10 ‘Orlando’ to return on December 1 for $190.

Are you excited for a chance to pick up an OG Air Jordan 10 before the holidays? Let us know in the comments.