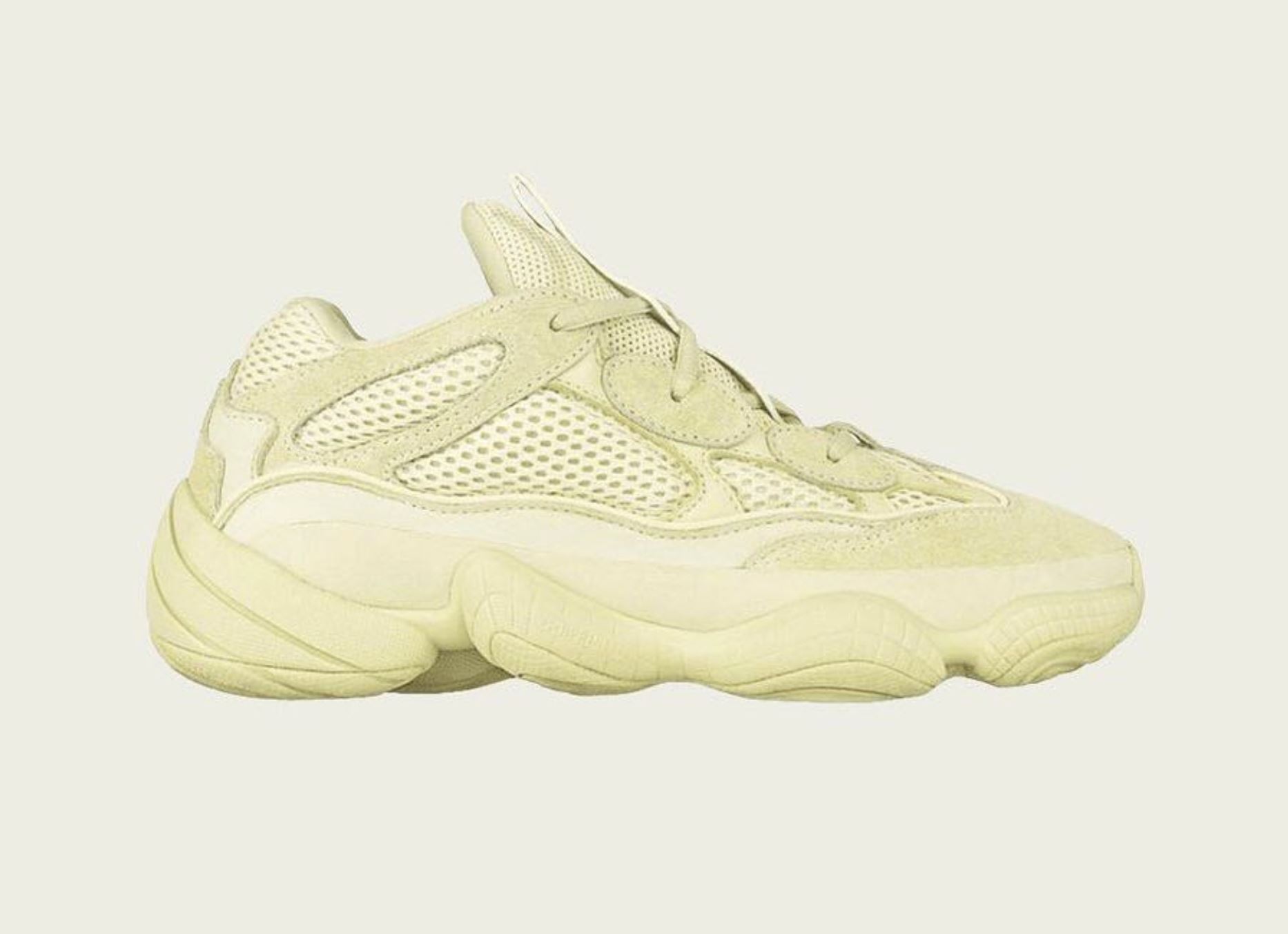 If you’re a fan of Yeezy’s there won’t be any “June Gloom” for you because the adidas Yeezy 500 ‘Super Moon Yellow’ is restocking.

After initially dropping in December of 2017 as the launch colorway of the adidas Yeezy 500, the ‘Super Moon Yellow’ colorway is dropping again soon. According to @yeezymafia on Instagram, shoe is set to restock on June 9 for $200. It will be available on adidas.com, the adidas Confirmed app, and at select adidas retailers.

It appears that this time around, the sneaker won’t be coming in a bundle, which shaves about $560 from the total. While Yeezy Mafia has been correct most of the time when it comes to news, there have been instances in which leaks have been refuted.

Also important to note is that, while the sneaker uses the adidas KB8 III outsole/midsole, it is strictly intended for casual wear. As such, don’t expect to them to perform anywhere besides the street.