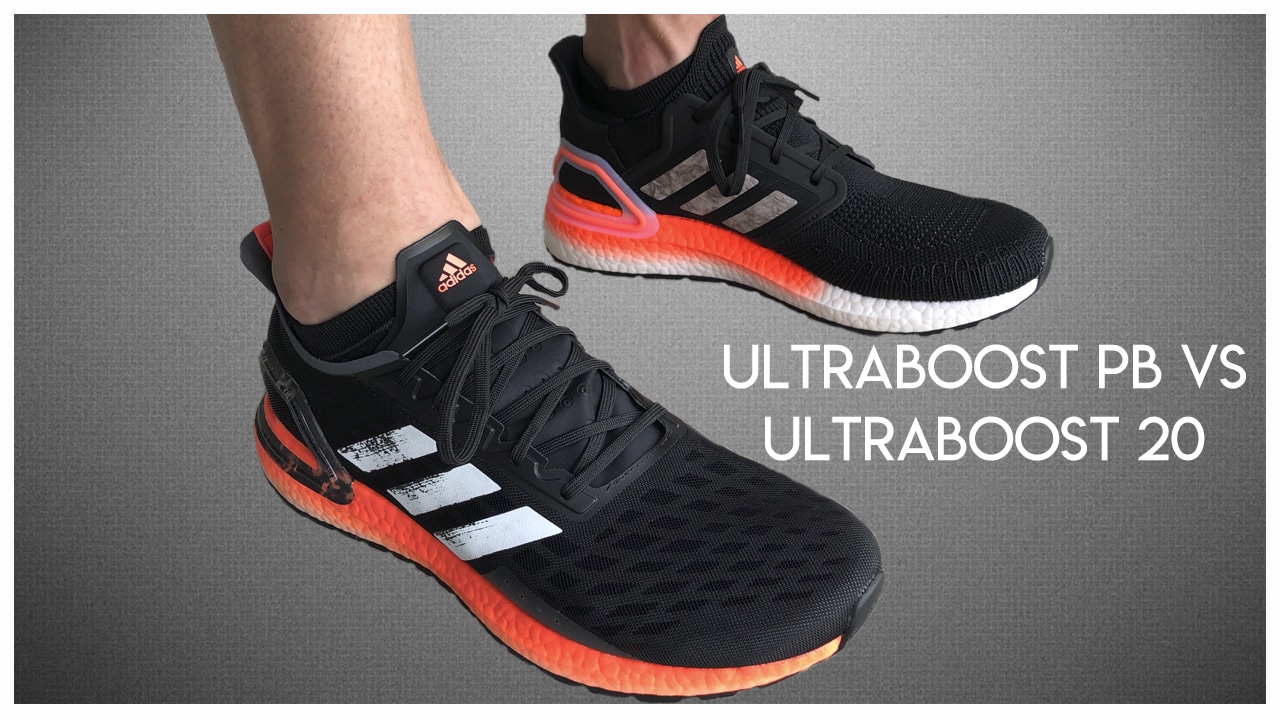 Note: We have a similar Ultraboost 20 vs Ultraboost 19 comparison here.

And interestingly, despite what looks to be a much sleeker upper, the overall weight is almost the same. In a size 9, the Ultraboost PB weighs 10.8 ounces and the Ultraboost 20 weighs 10.9 ounces. The upper materials on the Ultraboost PB appear thinner and lighter but don’t make much of a practical difference when it comes to weight.

At the heel of the shoe, the felt material covers the entire inside of the shoe and even includes two nice-sized achilles pillows. This makes for a fairly comfortable heel, that, while not as comfortable as the plush heel of the Ultraboost 20, is very nice considering the minimal materials used.

The laces, which are slightly thinner and stiffer than the Ultraboost 20 laces, are strung through 5 traditional lace holes. The lace holes are fused to the Ultraboost PB’s upper versus the usual TPU lace closure of previous Ultraboost models.

The tongue is a thin neoprene-type material that is sewn to the outer edges of the fuse lace holes. It’s a comfortable tongue, featuring some holes for breathability, and some padding at the top middle where the adidas logo is found. While the tongue is a departure from the integrated socklike tongues of the Ultraboost 19 and 20, it doesn’t have any functional issues. I felt it was comfortable despite it’s non traditional construction.

The overall adidas Ultraboost PB vs Ultraboost 20 comparison results are the shoes feature the same midsole/outsole but with a completely different upper design and materials. The Ultraboost PB’s upper is stiffer, stronger, more breathable, and fits narrower. It’s a change that some will love and some will hate. If you’re considering the Ultraboost PB, go try it on to make sure you like the materials and fit of the upper.