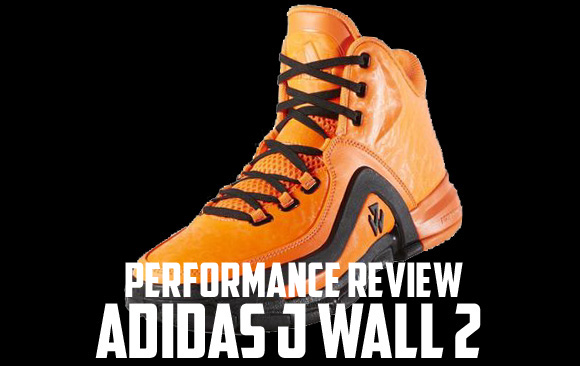 Wide footers, this one’s for you…

Traction – I wasn’t loving the traction on the adidas J Wall 1, but the J Wall 2 fixed all that. Real quick. Pun? Maybe.

WaveBone traction is used and it’s REALLY soft. I personally wouldn’t choose to wear these as my primary outdoor shoe, but indoors they’re excellent. The midsole and outsole mimic the short-lived next gen PureMotion, where flexibility and ground cover are abundant. There won’t be a time where your outsole isn’t in contact with the floor. Which means you’re always going to have traction. 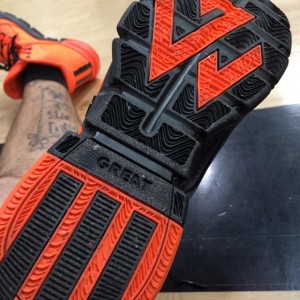 The only issue I came across was at the heel portion of the outsole. When dust accumulates in that section it gets caked up pretty good which resulted in a few slips here and there. No, I don’t use my heel when running around on-court… but, I do use it to slow down. And when I went to slow down…well, I wound up catching myself as my face made it’s way to the floor. Clean courts won’t pose the same issue; if you’re on a dusty court then try and use your forefoot to stop or slow down. 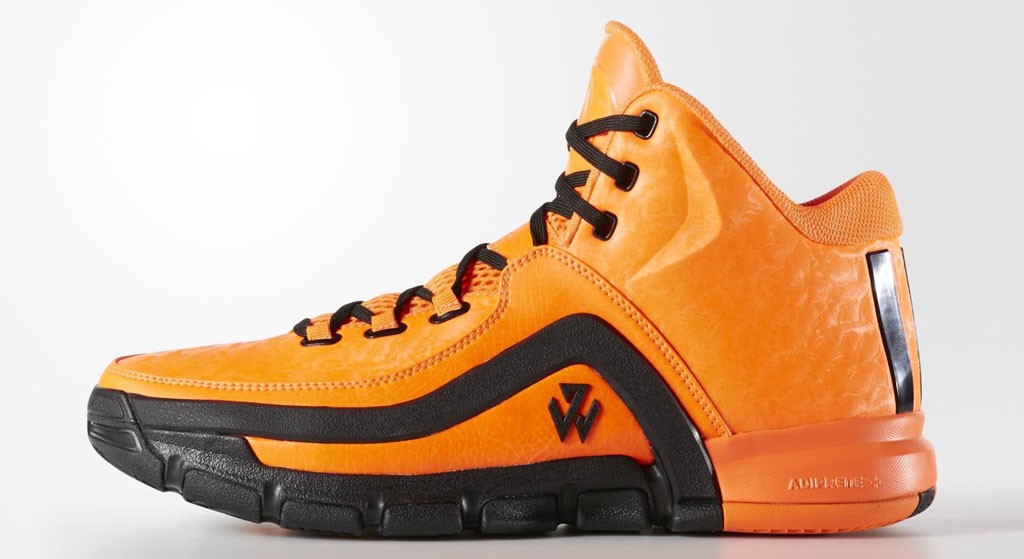 Cushion – Again, like last year’s J Wall 1, I wasn’t thrilled with their cushion. They boasted the use of full length adiPrene+ that felt like standard EVA. Not bad for quick games or regulated games that utilize a lot time outs, halftimes, and foul calls so your legs can get a break, but not so great for the average pickup player that plays for hours on end. Much like the traction between the J Wall 1 and J Wall 2, the cushion was much improved. Not quite enough to bump it’s rating up to Starting Five, but enough to make you realize that you’re wearing a pair of adidas hoop shoes that have a little bounce to them – mostly in the heel.

Their forefoot still offers plenty of court feel and range of motion – due to the PureMotion-like tooling – but you get some cushion underfoot as well.

The insole they come with is the same one they decided to use in their Crazy Light Boost 2015 – the really thin paper-like insole – so I’d swap that out for something thicker for a bit more comfort.

If you play pickup for hours at a time, these will be able to take care of you much better than last year’s model. It’s a perfect blend for Guards that want court feel without sacrificing too much cushion.

Materials – I feel like a broken record when it comes to most of adidas’ basketball products. Much like a lot of their models, materials will depend on the colorway. I haven’t had a chance to try out other versions of the J Wall 2 – and I won’t be so please don’t ask – but there are a couple different options available right now.

The first version is what I’ve been playing in, which is a synthetic. Not my favorite type of material, but it gets the job done and it’s pretty durable. It shows very little signs of wear for those of you that seem to be shocked that shoes crease when your foot flexes – it’s like you wish shoes were made of wood or something – so if you wear your shoes on and off-court then they’ll at least look decent. What I dislike about it is the way it flexes. It doesn’t really move naturally with your foot the way PrimeKnit does.

Their second option is a synthetic and mesh blend. Again, I haven’t tried this style out so I’m only assuming it will move better or more naturally with the foot than the synthetic my pair uses.

Having multiple material options isn’t new to the performance footwear game. Back in the day we had multiple options available. Canvas, leather, nubuck, and suede were all popular options from the 70’s through the 90’s and mid 2000’s. There would be Jordan’s that dropped with leather uppers while some colorways used nubuck. There was always something for everyone.

However, modern materials like textiles and woven/ knits can be far greater than traditional materials. We’ve seen PrimeKnit versions of the J Wall 2 leak, but if adidas would just commit to using the material across the board then I think it’d give people the best option first, instead of them having to wait around for something potentially better in the future.

Fit – The fit is a little awkward so you might want to try them on in-store if possible. Length wise they feel great, and they even start out a tad narrow width wise until you break them in. Once broken-in there is noticeable dead space above the toe – something adidas has been doing quite a bit as of late. I did swap the insole to help resolve the issue – the way I had with the Crazy Light Boost 2015 – but, unfortunately, it didn’t really help all that much.

Their heel fits great. Lockdown and mobility are all there. It’s just that darn forefoot could never seem to get tight enough. I feel like it was a mixture between the last used (foot mold/ shape) along with the lacing system. No matter what I tried I just couldn’t get the forefoot to fit the way I would have liked it to.

Wide footers, this might be a perfect option for you.

Support – Had the fit been better then their support would’ve excelled as well. Like I said earlier, the heel portion of the shoe is awesome, it’s just the forefoot that lacked a bit – unless you have a wide foot.

adidas uses what’s called a QuickFrame – the weird looking foam panel that wraps up the medial and lateral sides of the shoe – and that saves the shoe’s fit and support from being complete garbage.

Their forefoot containment might lack a bit, but without that QuickFrame in place then you’re foot would be sliding all around the footbed which wouldn’t be a good thing. It’s a lightweight ‘wall’ – that pun was unintentional…I swear – that contains the foot. Great feature for quick slashers that dash to the rim. 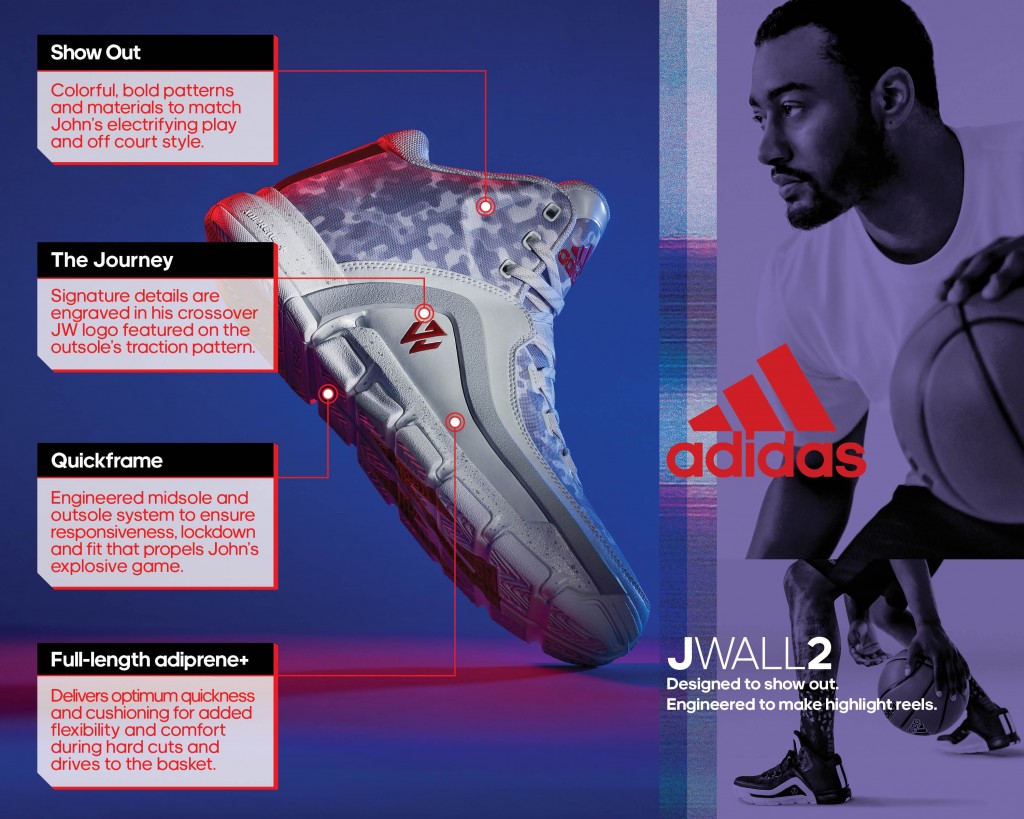 Overall – They have some good elements in place to make them a really solid and affordable option on-court. Traction was great. They offer a perfect balance between having a cushioned ride with court feel. Heel containment was solid, while the forefoot suffered due to poor materials and an awkward lacing system. Again, their QuickFrame saved them from being complete garbage so that was a good move.

If you end up grabbing a pair – especially on discount – then I think most will be pretty satisfied. Wide footers for sure will enjoy the fit, especially with how most shoes fit nowadays. 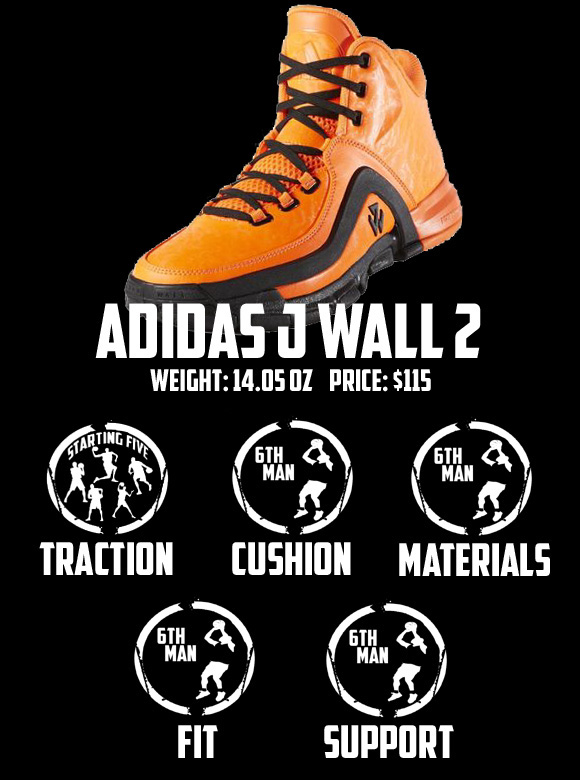