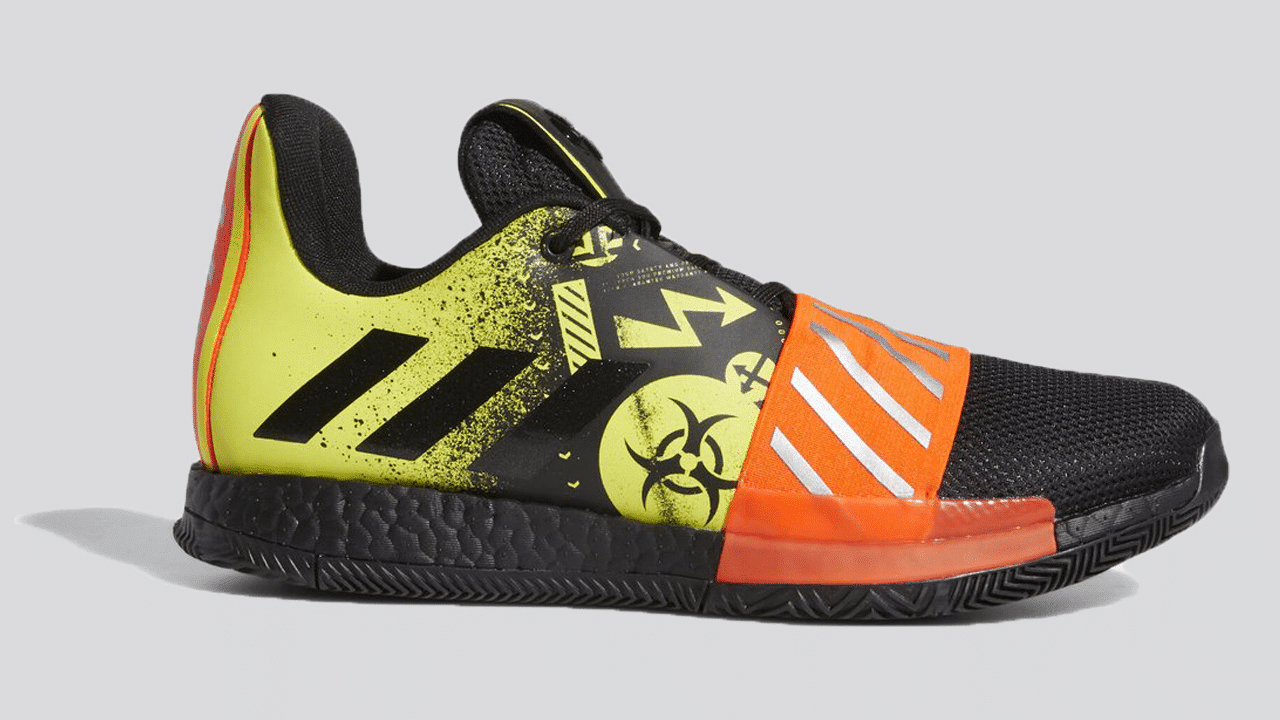 With summer just about in full swing, adidas is bringing out all the stops to make sure that the crowd remembers the adidas Harden Vol. 3.

The adidas Harden Vol. 3 continued the tradition of James Harden’s line as being a solid, all-around performer on the court. Even with the rumored Harden Vol. 4 releasing this year, adidas has not shifted focus away from the Harden Vol. 3 just yet as colorways are still releasing.

This is one of those colorways that just stand out. The mesh in the forefoot is done up in ‘Core Black’ while the leather on the midfoot and heel is in yellow. The strap is also in orange while the heel is in ‘Solar Red’.

With the HBO show “Chernobyl” being an immense hit, I can’t help but imagine that these sneakers would go great while watching that show, especially with the “hazard/toxic” symbols on the sneaker.  That’s just me, but feel free to share your opinions.

No word yet on when the adidas Harden Vol. 3 ‘Core Black/Yellow/Solar Red’ is releasing but keep it locked to WearTesters for any updates on this and any upcoming Harden Vol. 3 colorways. As always, expect the price to be anywhere between $140–160. 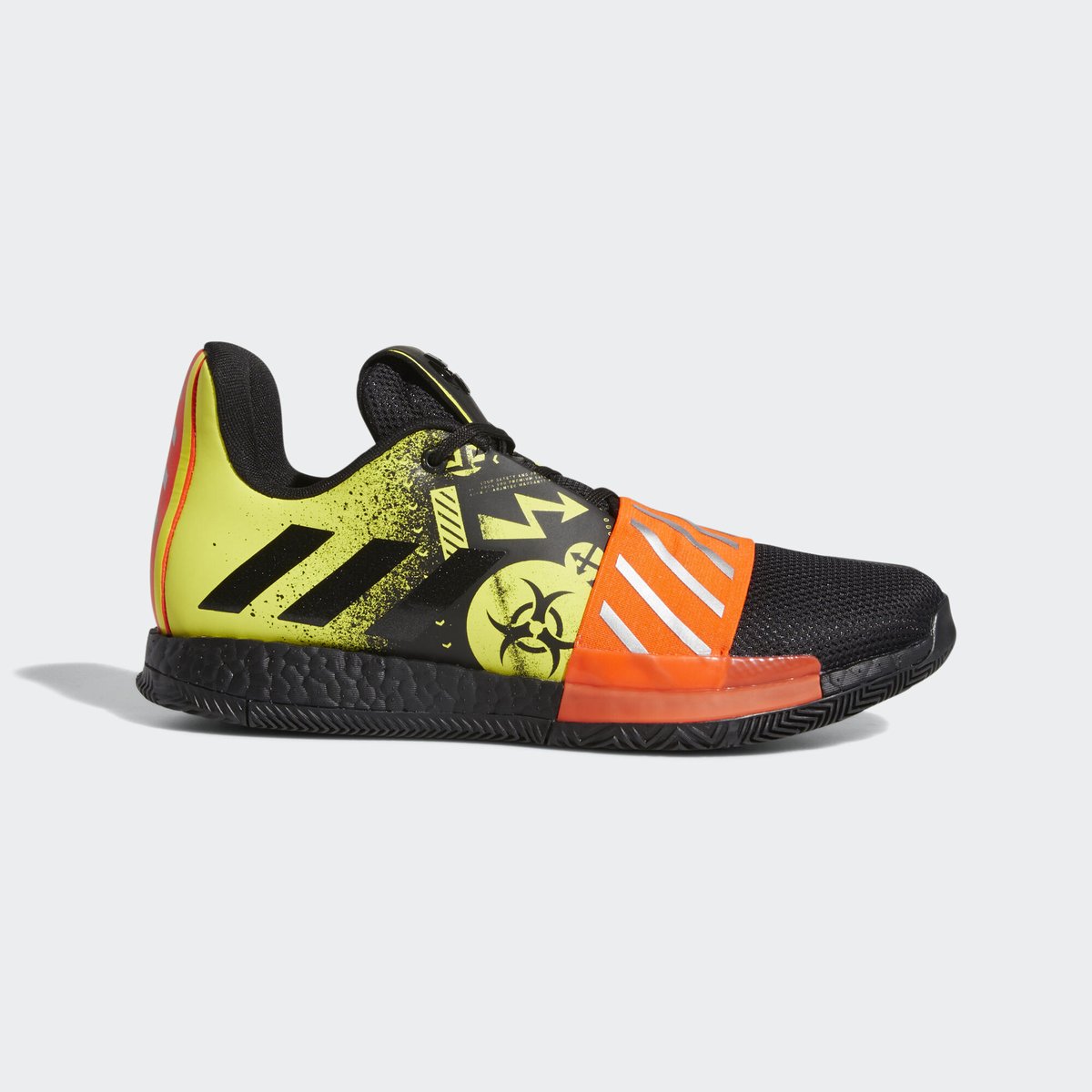 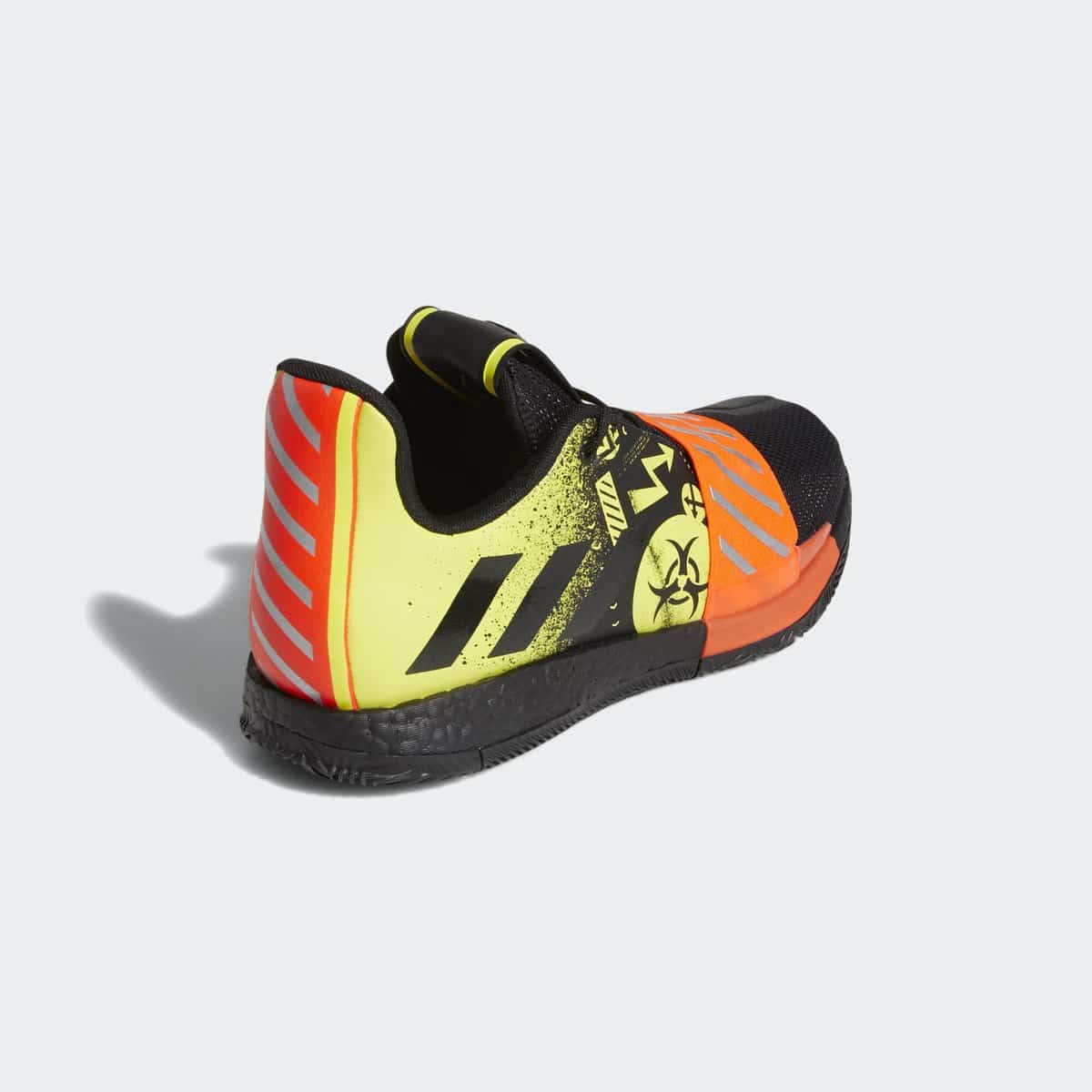 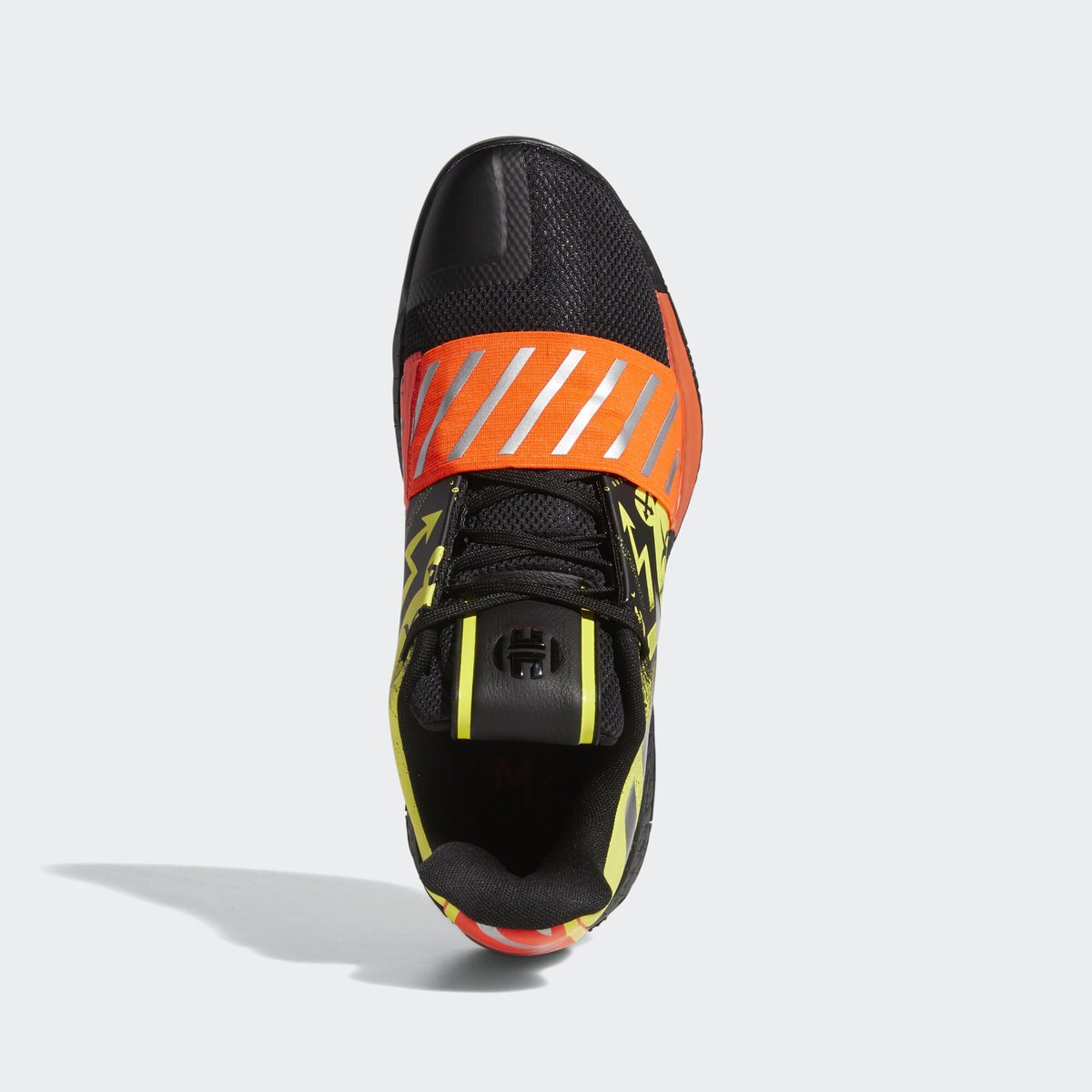