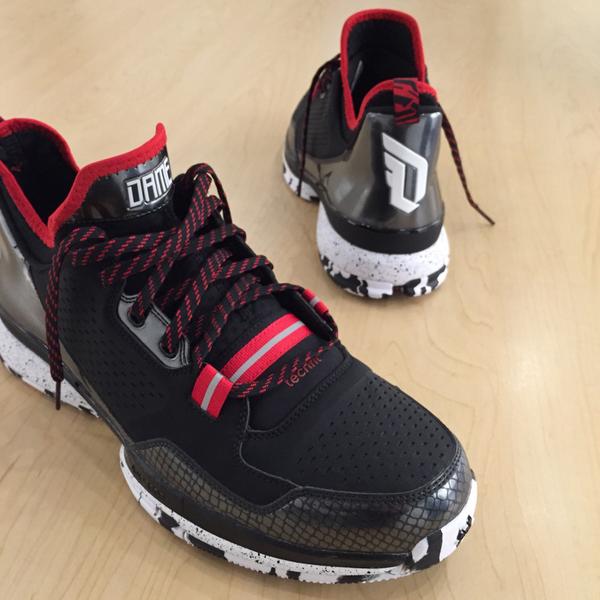 Damian Lillard’s first signature shoe was a given since he signed that multi-million dollar contract back in April, and now we have a first look at the sig. Lillard unveiled the shoe himself on his weekly #4BarFriday Instagram video. The Portland Trail Blazers star’s signature sneaker will be a low-top, and from the video, it looks like it won’t be featuring the well-regarded Boost technology.

Each colorway of the D Lillard 1 will feature lyrics from Damian’s 4 Bar Friday videos and there will be a predominantly red colorway coming out, in addition to this ‘Away’ colorway (h/t to Casey Holdahl for the info.) The shoe will release in 2015, but until then, let us know in the comments what you think of the adidas D Lillard 1. What do you think of Lillard’s logo? 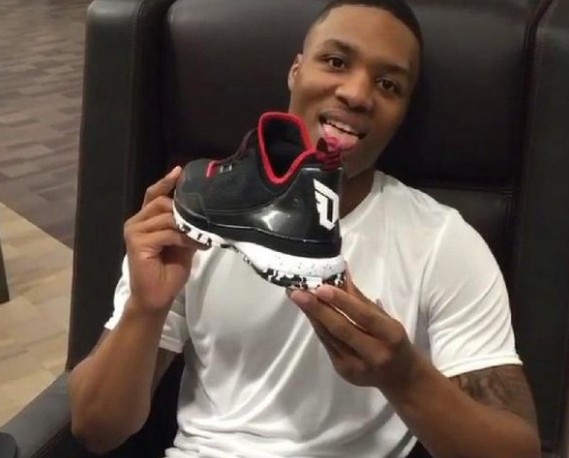 Got a special #4BarFriday for y'all. Probably not supposed to do this, but I can't keep it from y'all any longer. Preview of my first ever signature shoe: The @adidashoops #DLillard1…coming soon! Shout out to everyone that has helped my dreams come true. And let me know what y'all think. #teamadidas #threestripelife