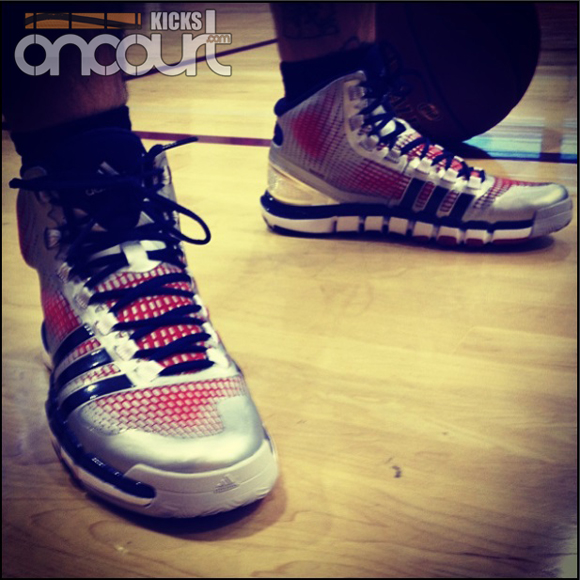 Crazy quick yet in control. 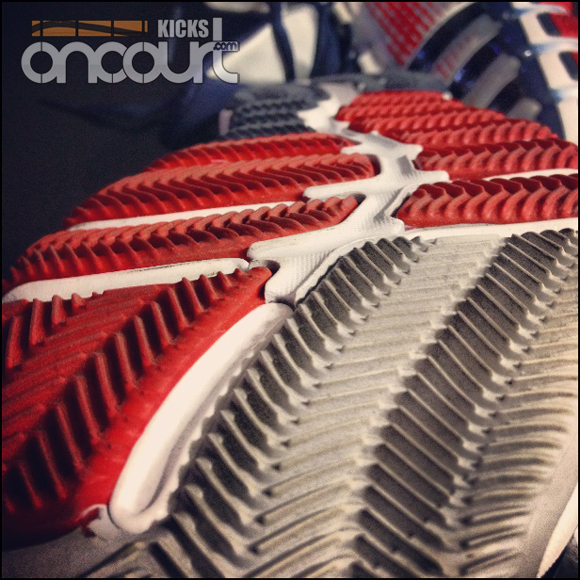 Traction – The traction is amazing; plain & simple. Only one time did I have a small issue… on my league court but that surface is slick for nearly every single shoe I take out their other than a select few and even then, these were able to bite the floor better than most. There is a small break-in period with the rubber itself but nothing like what was experienced with the Rose 3.

The only downside I see with these will be if you decide to used them outdoors. With rubber this pliable, it’s bound to get ground down faster than more dense rubbers. To take them outdoors is ultimately your decision so just keep that in mind. 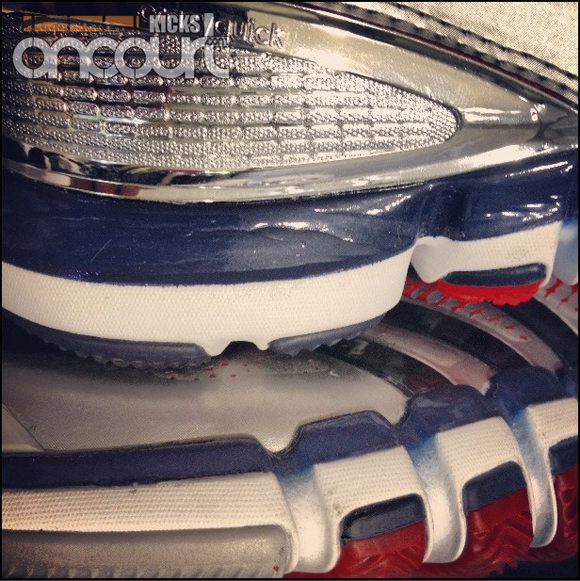 Cushion – I’ve said it a couple of times now and I’ll say it again. Cushion is pretty minimal… at least it is in the forefoot. Everyone has their own comfort level and for me, these worked just fine. Only on nights that I played for more than two hours did I encounter any problems with aches so for regular game day situations, the cushion is good enough. Now, if you need cushion then this may not be the best option for you.

One good thing about having such a thin midsole is that your court feel is amazing. Strangely enough, having less between your foot and the floor allows you to react slightly quicker. You can feel things that you can’t in thicker soled (or cushioned) sneakers and that will allow you unrestricted free range of motion. It’s actually quite nice and if you are a grounded type of player – not a high flyer – then you might actually want to try it out and see if you like it. 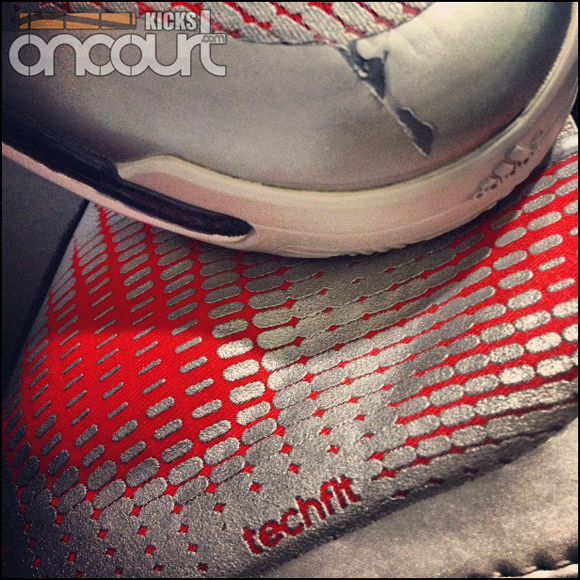 Material – TechFit is awesome. It works great for running shoes and I would have never placed in onto a hoop shoe but with the right synthetic overlays it’s easily one of the most comfortable uppers I’ve worn while still providing support. Durability might be something to consider but so far they haven’t made me worry too much.

Fit – They fit true to size and the SprintFame in place does hug your foot a bit but not to where it’s painful. Wide footers may say otherwise – which is unfortunate – but I personally feel that this is the nicest feeling SprintFrame other than the Rose 3 & 3.5 SprintFrame… yes, I’ve tried on the Rose 3.5 and what do you know; they felt exactly like the 3.

I was worried about the midfoot lockdown at first due to the one piece upper but they have constructed the TechFit to wrap around the foot perfectly so that quickly became a non-issue. The lacing system is designed with the synthetic overlays (including the three striped) that are in place which keep your foot locked into the footbed and with that, the overall fit and lockdown are nearly perfect. I couldn’t get my heel to stay in place perfectly – even after lacing all the way to the top – but that could have just been because my foot and heel are a bit narrow. 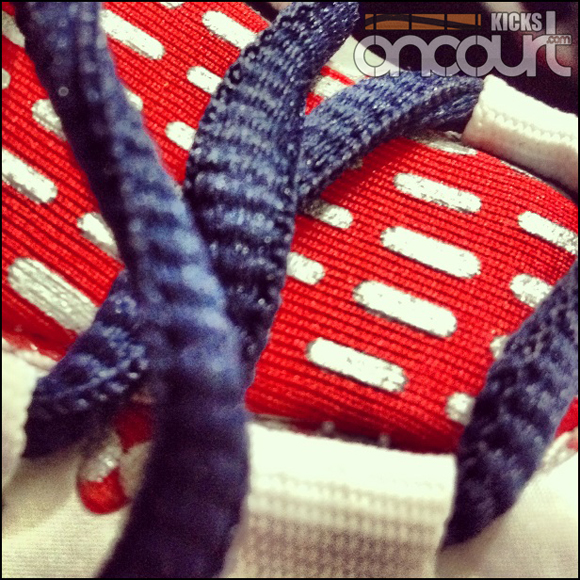 Ventilation – You won’t receive a ton of air flow with the synthetic overlays but the TechFit material is moisture wicking and it’s basically a thick spandex so it’s a well-ventilated shoe. 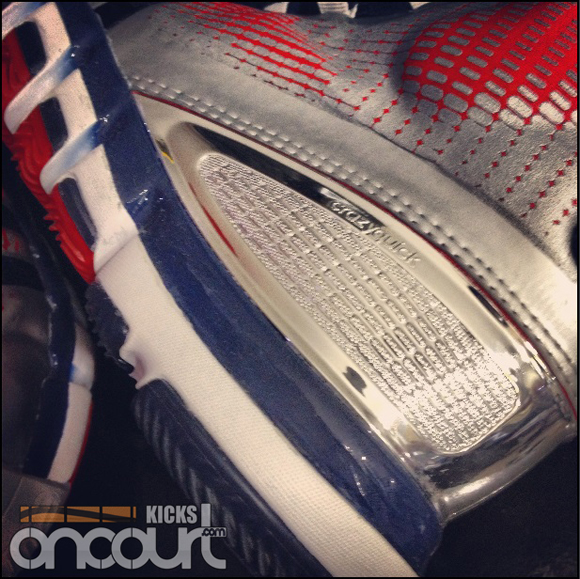 Support – The SprintFrame provides you with the most support while the rest of the support really relies on you… your natural movements, foot strikes and so on. They say that the main reason athletes suffer so many ankle injuries is because of the fact that we wear shoes. If we were barefoot then we wouldn’t be seeing most of the ankle injuries that we do and these right here are as close to being barefoot in a hoop shoe that I’ve ever felt. No, it wasn’t bad if that’s what you are thinking. Like I said above, in return you receive such natural range of motion that your foot feels free. This is what I enjoyed so much about the decoupled heel and forefoot in the Air Jordan XX8 and now the feeling is enhanced with this low profile next gen PureMotion. 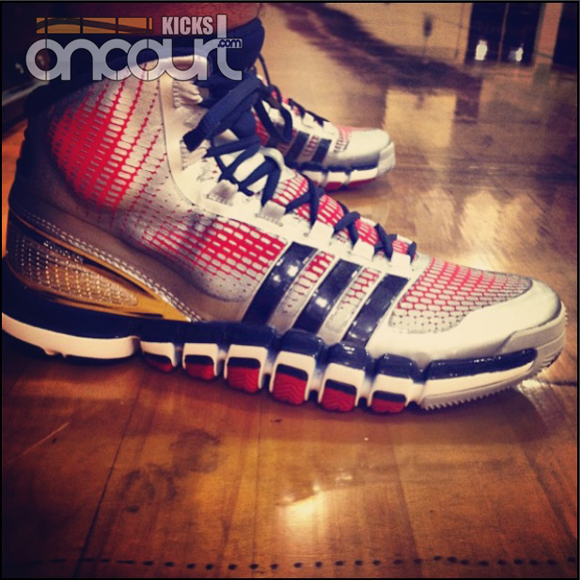 Overall – So what does this all mean? It means that adidas is so close you can pretty much taste it. If they could take everything they’ve done here and add in their Boost foam then you would have a low profile setup that offers unmatched freedom AND responsive cushion… that’s something that really hasn’t been done yet. Zoom Air is as close as we’ve gotten and it’s not anywhere near as low to the ground as this. Yes, lower often means lighter but that isn’t the point of going low… lower means more balance and control. With that you can react faster thus making you “quicker”. Put that together with incredible traction, Next Gen PureMotion and a TechFit upper… whoa… 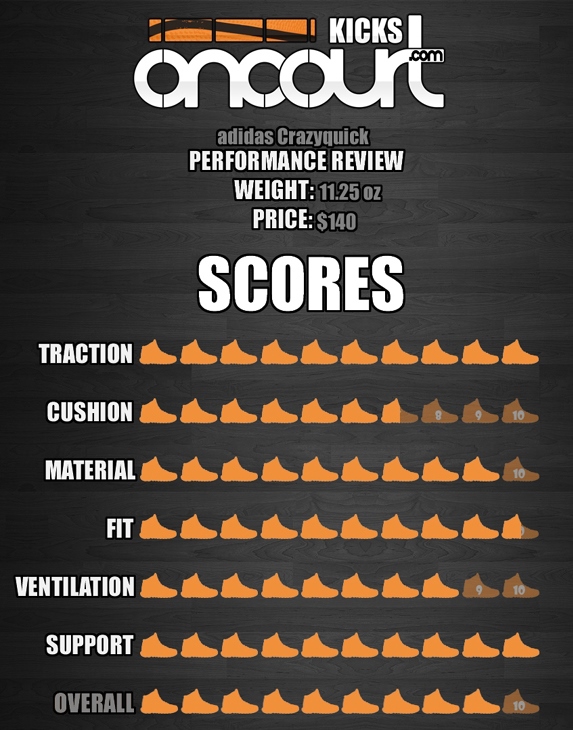