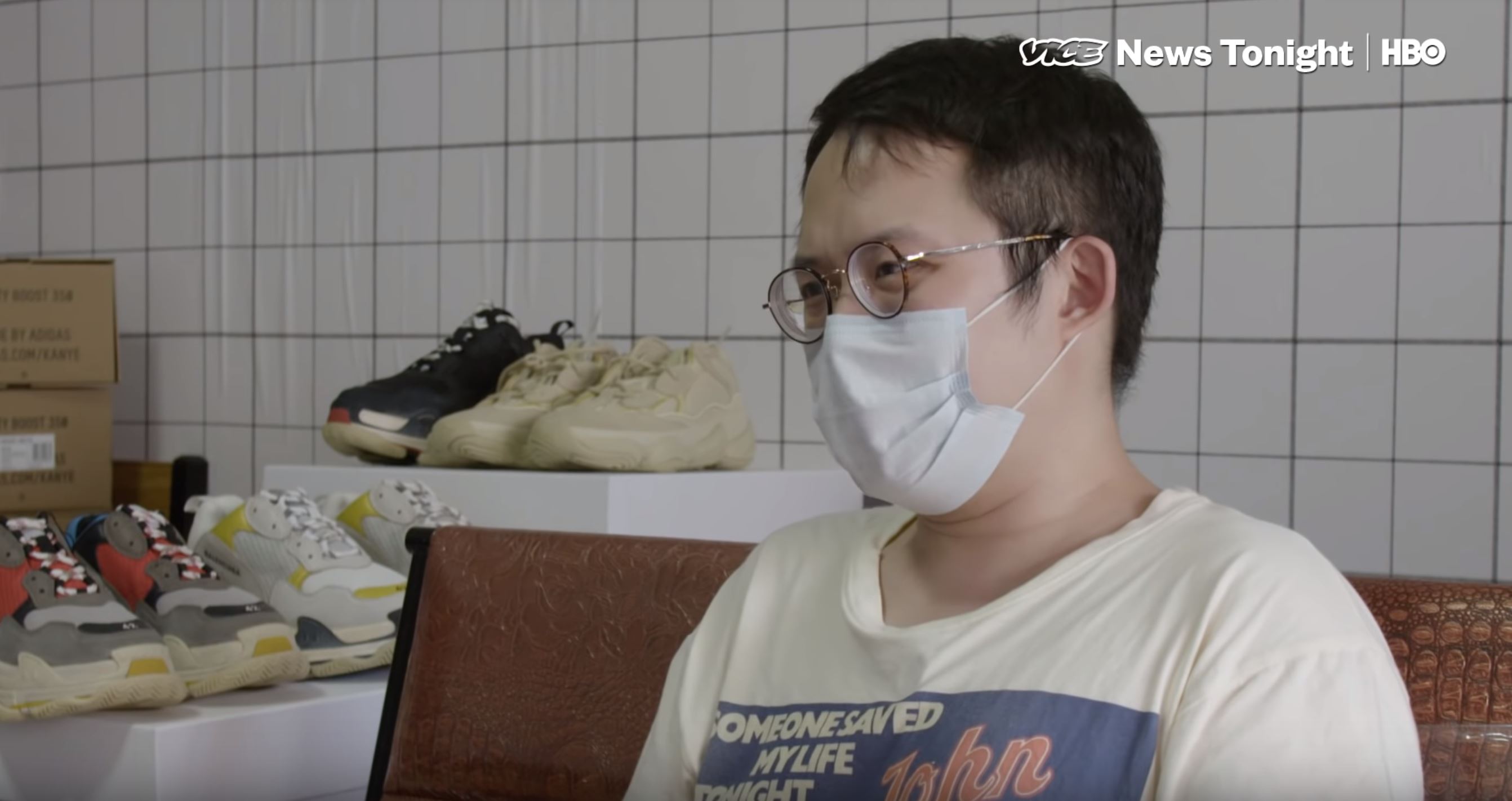 Thomas traveled to Putian, China, a city that everyone in China knows as “the city of fakes.” Chan, a replica sneaker seller that operates Chan Sneakers, was once a medical student in the U.K. According to VICE, one day Chan went looking for a pair of limited sneakers but found fakes, and realized they were all coming from the same place — Putian. Shortly thereafter, he got in on the fake sneaker business.

For reference, an authentic pair of Balenciaga Triple S DMS retails for about $800 and frequently resells for over $1200. Chan sells his replica pairs for only $120.

Putian is the city of fakes for a reason — manufacturing and shipping out fakes make up the backbone of the local economy, according to Chan. Come nightfall, middle men take the shoes from the factories in Putian and get them ready for shipping — out in the open, sometimes in the street. “At any given moment there are thousands of fake shoes flooding intersections and back alleys,” said Dexter Thomas in the documentary. 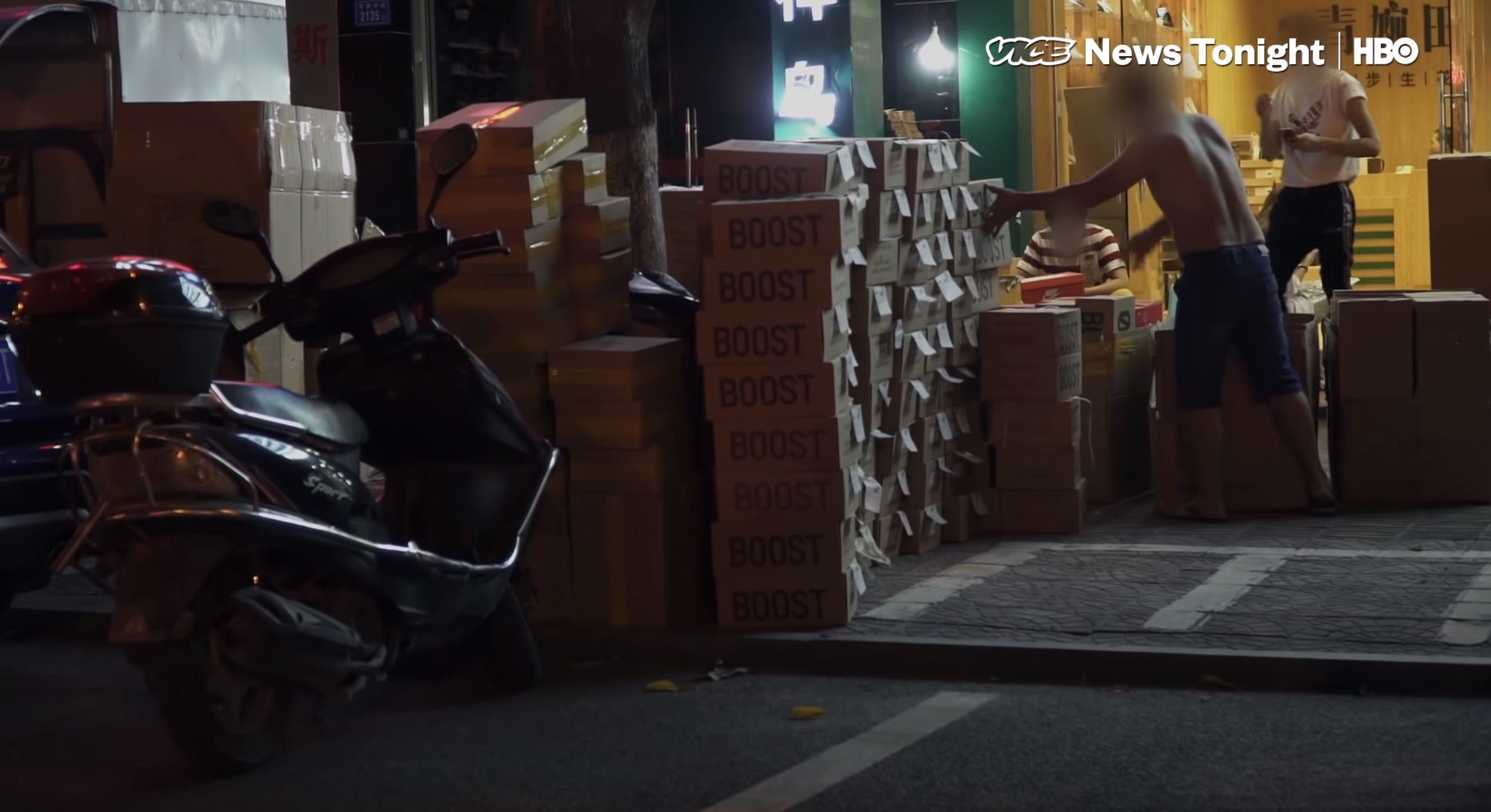 What’s most fascinating about this story is that Nike and adidas have both had factories in Putian since the ’80s. That means authentic materials are widespread in the area and easy to get a hold of — as are the employees that work in the authentic factories. But is anyone, whether it be the customers, Chan, or the brands, being hurt by this black market economy?

“Obviously, the first thing that comes to mind will be the brand owners,” says Chan in the documentary. “But, I feel it actually helps increase the brand awareness of a brand owner so it’s actually a win-win-win situation for everyone involved.”

Check out VICE’s latest documentary on sneakers below and share your thoughts in the comments.