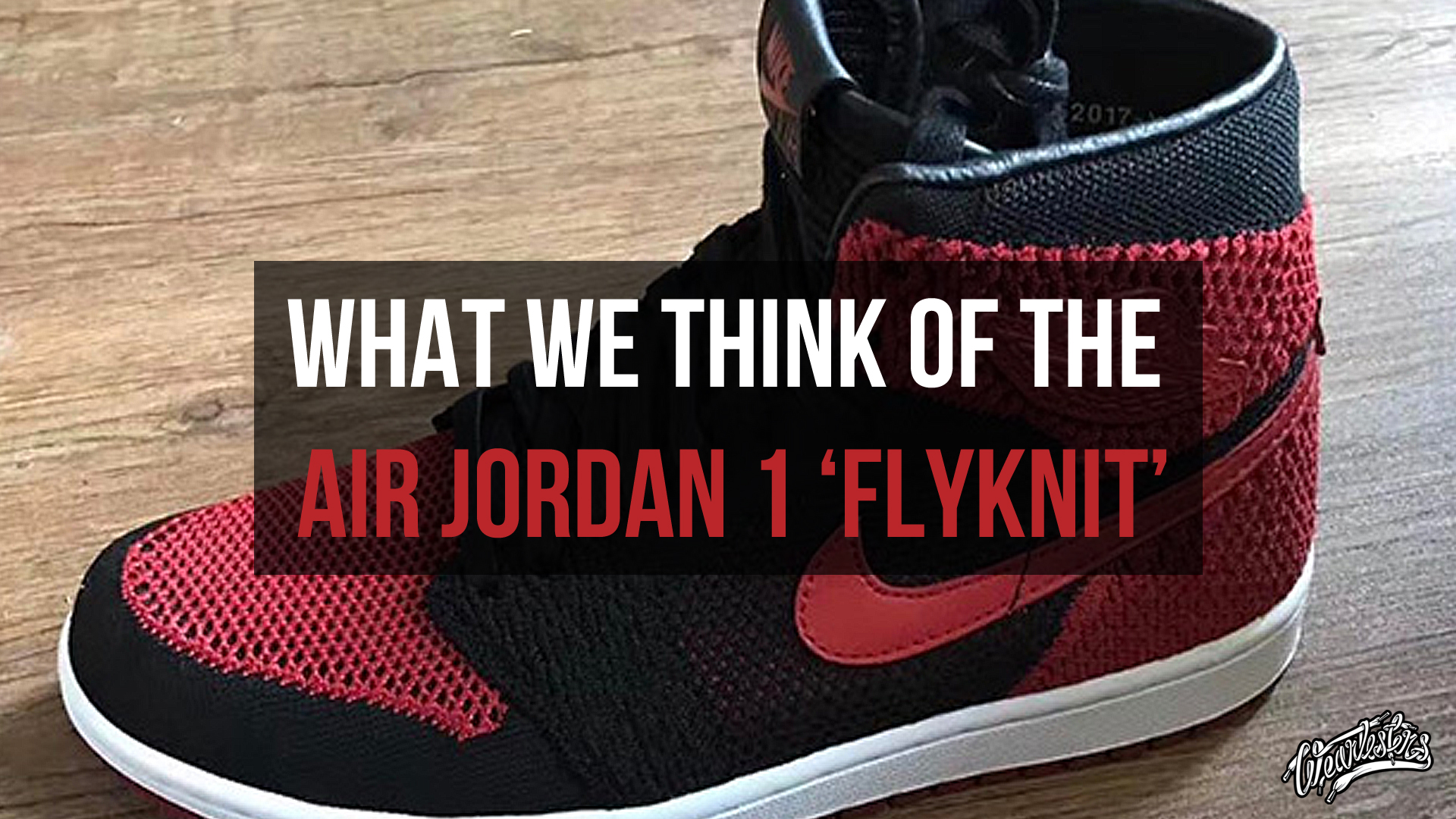 Leaked photos of a Flyknit build of the Air Jordan 1 surfaced online this weekend but we want to ask you the question, does it work?

We all know that both Nike and Jordan Brand love utilizing “new” tech in their “old” silhouettes and while that idea sounds great on paper, it’s proven to be a difficult balance between gimmick and innovation.

The Air Jordan 1 is arguably the model that has been experimented with the most in the entire Air Jordan line; multiple versions and alterations have been made to the classic silhouette since its original release in 1985. With knitted uppers being all the craze in 2017, it looks like a Flyknit version of the Air Jordan 1 is on the horizon.

Based on these leaked photos, the entire upper seems to be constructed of the popular Flyknit material with premium leather accents being utilized in the collar and tongue areas. The tongue also features a metallic gold tag that celebrates the Air Jordan 1’s original launch year of 1985. 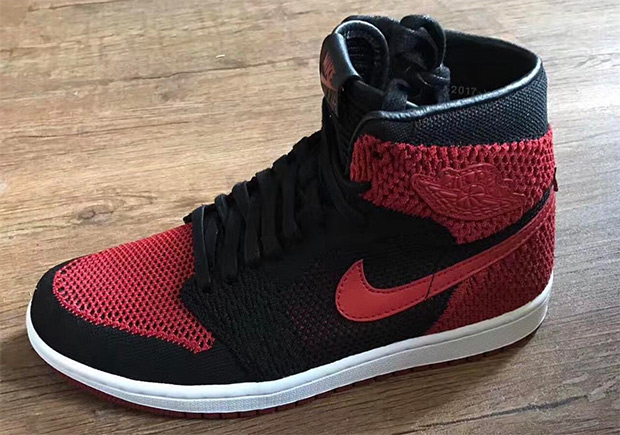 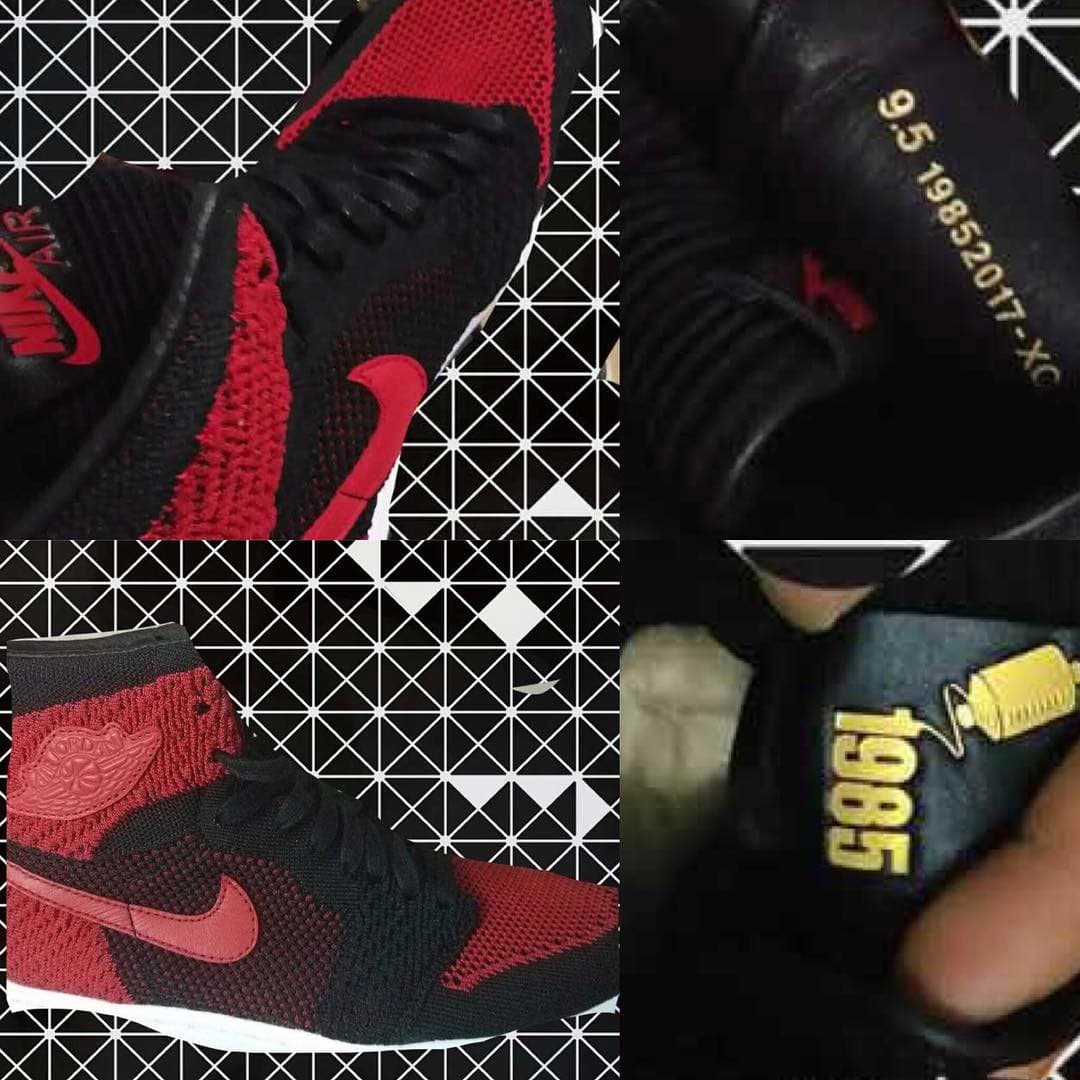 It’s pretty much a straight forward application of flyknit on an Air Jordan 1, but does it work? Here’s what we think about them:

“It looks unfinished. If you are going to use modern materials for the upper, modernize the whole thing – Zoom Midsole, Flywire lacing. Right now they look unfinished and unnecessary.”

“I feel like this could’ve worked, but for some reason, it doesn’t. The knit isn’t tight enough, the leather overlays seem forced and out of place. It probably would have been better off with a one-piece upper that uses a tighter and more refined weave.”

“They need to use the same performance woven they had in the Air Jordan 29/Air Jordan 1 pack. This just looks unrefined.”

“Execution is lackluster and undesirable. They were able to make the Air Jordan 1 look complete in the MTM Pack. Why couldn’t they do that here? These make me wish it was a concept used as inspiration for something much better.”

‘While I think it’s great Jordan Brand has finally decided to update the silhouette, I just don’t care anymore. Other brands are doing INNOVATIVE things — this, like the VaporMax, isn’t innovative. It’s the same stuff, over and over and over again.”

Those were just our thoughts but we’d love to hear what you think about the Air Jordan 1 ‘Flyknit’ in the comments section below or on social media with the #WearTesters.

Pricing and release information have yet to be announced at this time but as soon we gather any additional information we’ll keep you posted.