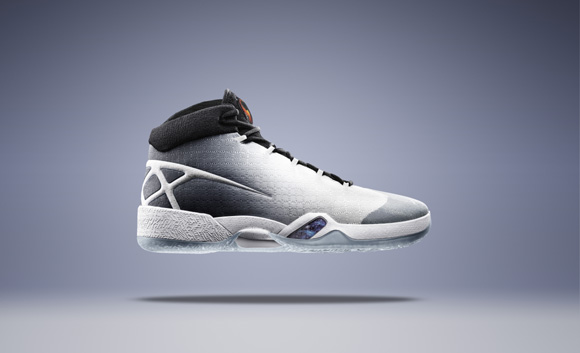 Yes, the tooling from the XX8 was carried over to the XX9, but it was also altered and re-designed for better performance. They fixed the issue of Zoom Air units popping while playing and added a more durable rubber compound to prevent the outsole from splitting open. Bridging the gap between the decoupled heel and forefoot with the ‘tendril’ to provide a more fluid transition from heel to toe was another improvement. The overall concept of the Air Jordan XX8 was re-imagined and evolved into the Air Jordan XX9, the brand’s best performance model of all-time.

The traction looks to be an upgrade and their fit should also be improved with the asymmetrical collar, reminiscent of the Air Jordan 13. Ventilation was also added to the toe. There are technical differences, although they’re minor, so not all is lost.

Each of the shoe’s elements results from a key performance insight or design inspiration fundamental to the player and Jordan Brand’s evolutions. The start of the design process, however, tied to a significant, if lesser-known, date: a bitterly cold weekend in February 2015, when – during a pre-birthday party dinner — Jordan asked long-time design collaborator Tinker Hatfield to spearhead the design of the anniversary-marking shoe. “The next morning I drew a shoe,” Hatfield recalls, “because I knew I was in deep trouble. We had no time. Then I realized it wasn’t good enough to sketch a shoe. I asked for that particular photo of Michael in the slam dunk contest and then I drew.” 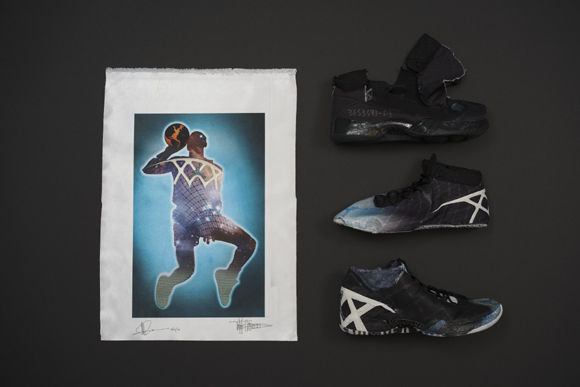 The photo in question, which featured MJ in the open lane, rising to the hoop, ball cocked behind his right ear and legs tucked under his body, activated Hatfield’s memories of 1988. It spurred the designer to add his own illustrations to the familiar image. The resulting artwork, which recapped Jordan’s history in unconventional ways, in turn inspired the shoe.

The approach, Hatfield notes, created a “nice sort of circle. Its all very internal, rather than the external story of being influenced by a car or architecture or music. Those have been good tools, but this one was different. It was just in my head, so to speak.”

The results of this novel approach are represented by five of the Air Jordan XXX’s key components:

“I remember thinking about how silhouettes are important in the world of basketball, not just for performance – whether it’s a mid cut or high or low or something in-between – but as a hallmark of that year,” explains Hatfield, recalling how changing the top line of a shoe from one Jordan model to another became a standard brand practice. “We kept marveling at how we were able to keep the dimensions down and make it look slick,” says Hatfield. He also recalls that Jordan’s singular demand was to “make it look fast,” a request augmented by the “XXX” graphic that wraps the heel and extends through the forefoot. 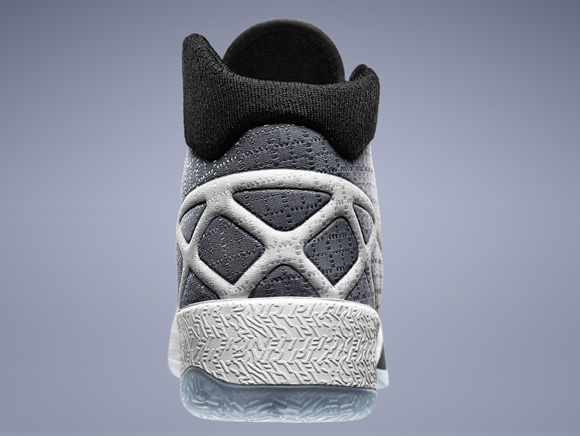 Another trademark of later Jordan silhouettes is a smooth toe piece. “Michael has always been very infatuated with the toe-down look of a shoe,” notes Hatfield. A prime example can be seen on the XI, where the patent extends up the vamp so gracefully that its protective properties appear almost as an afterthought. 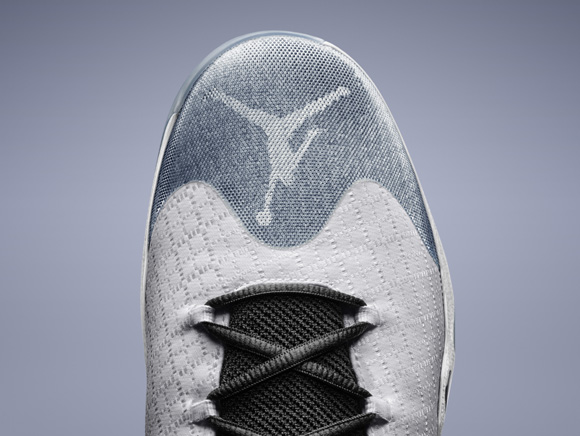 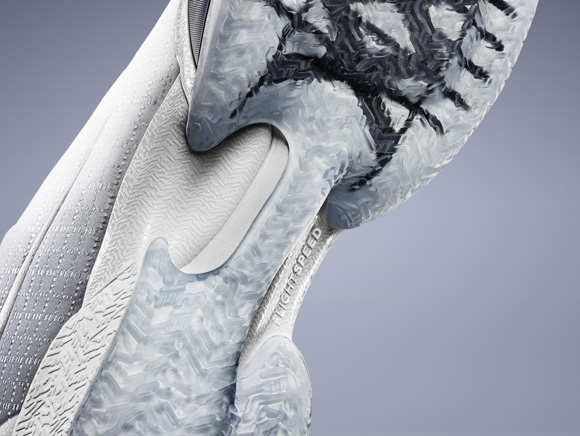 For Hatfield, it’s about putting the right characteristic in the right place. The woven upper provides “strength,” he explains, “and makes good sense for the body of the shoe, because you can bring in strength and graphic elements that are actually woven right in.” At the ankle and through the interior, knit offers “softness and breathability.” 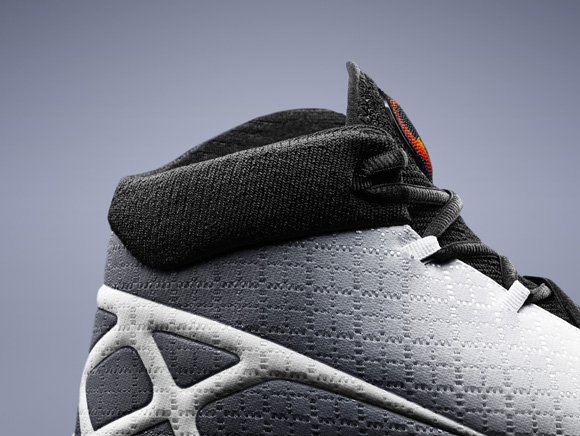 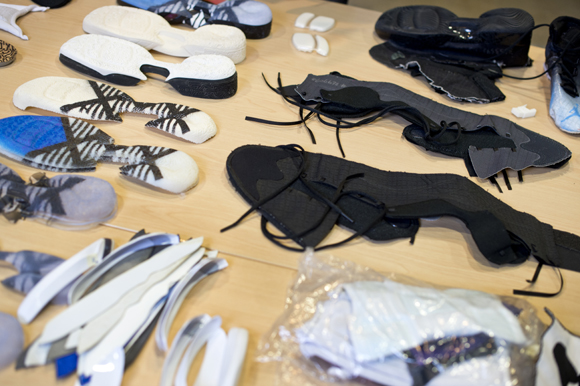 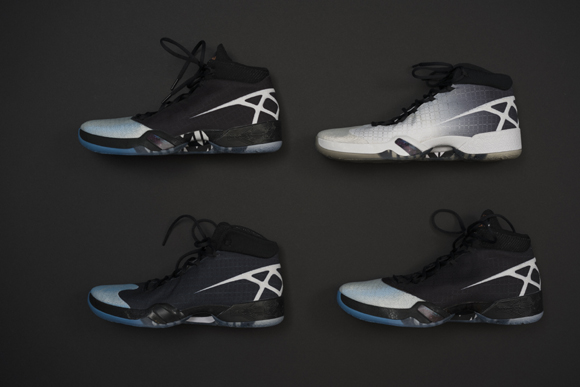 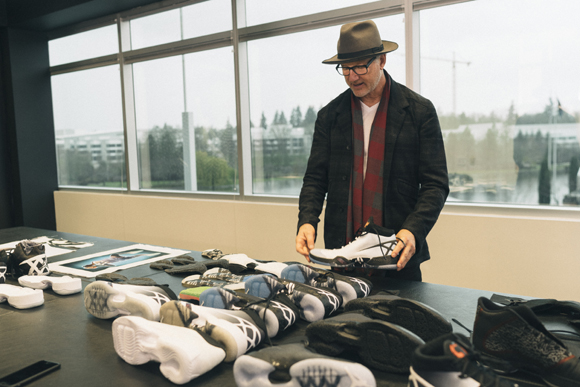 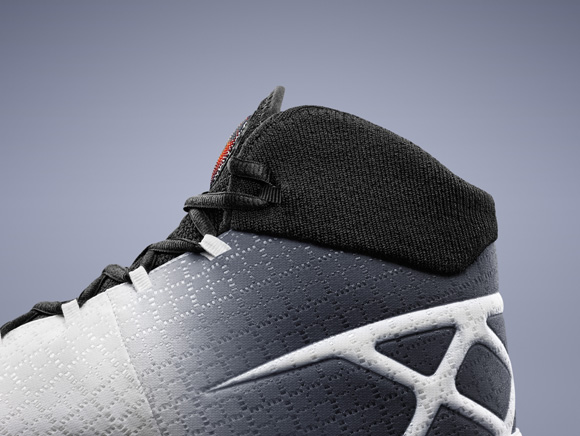 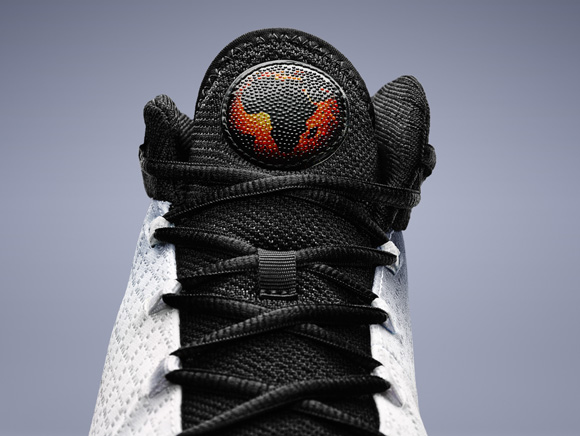 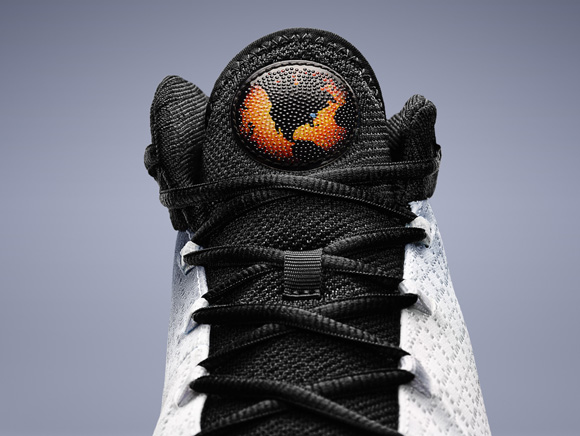 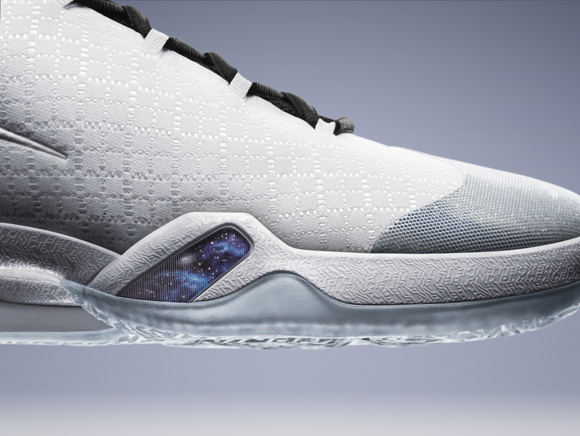 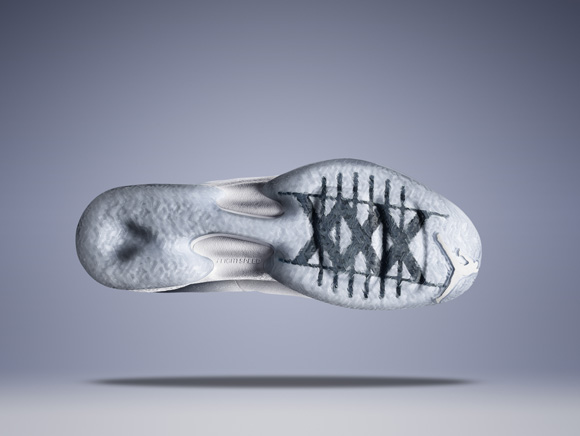 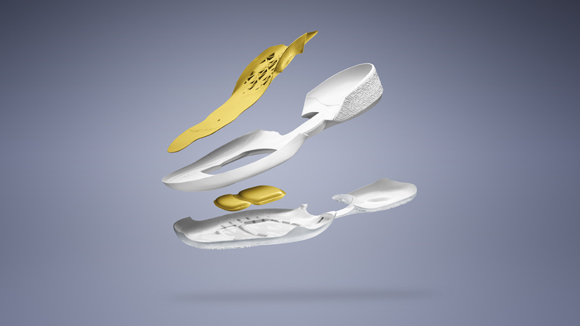