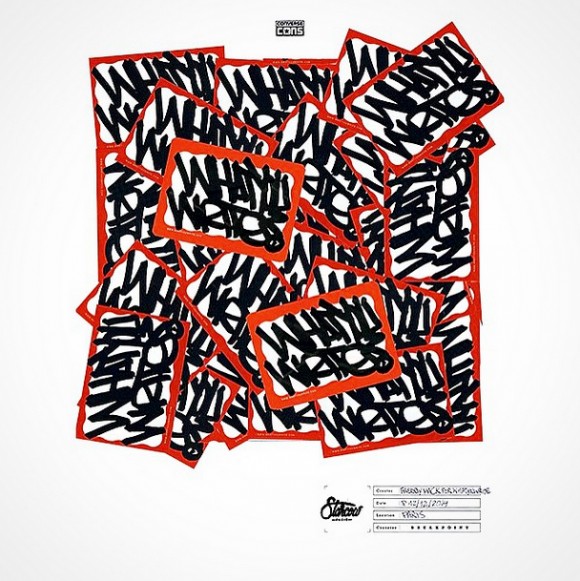 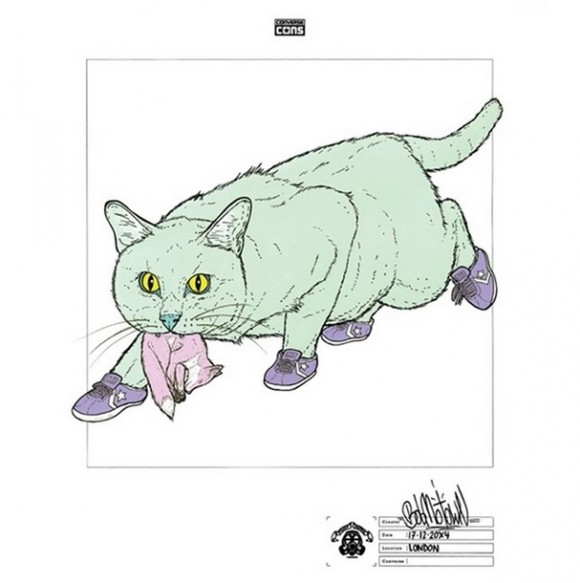 Footpatrol London and whatyouwrite gave the Internets teasers for the upcoming Converse Cons collab with solebox, Footpatrol, Patta, and Starcow Paris. This time, the Footpatrol teaser features a green cat in purple Converses with a pink fox in its mouth. Beautifully illustrated by Bob Motown, who does awesome artwork of cats (check him out), the teaser is great but tells us nothing about the huge project between four of the world’s premier boutiques. The whatyouwrite teaser is similar, it’s a dope piece of overlapping slaps with tags that read “what you write” on Egg Shell stickers. When more information surfaces, we’ll have it for you.

Thoughts on this upcoming Converse Cons project? Could it be a slew of insane Aerojams? It seems like artists and art are at the center of this project so that could be a very good sign. Sound off in the comments below.