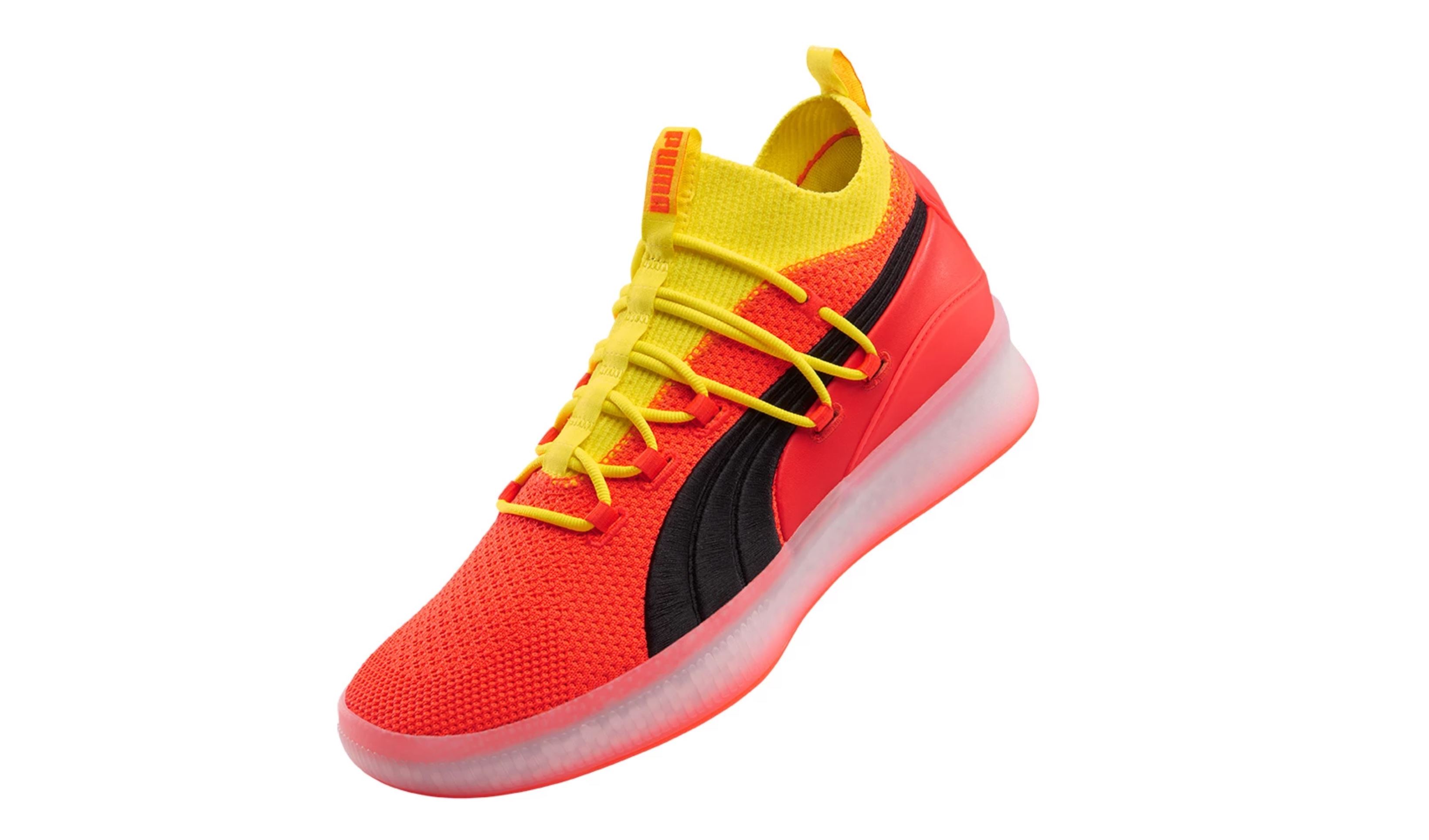 After announcing the signings of Marvin Bagley III and Deandre Ayton — as well as Jay-Z in the creative director position — Puma has unveiled its new basketball sneaker: the Clyde Court Disrupt.

The new shoe is Puma’s first for the hardwood in over a decade and bears the name of the brand’s first signature athlete, Walt “Clyde” Frazier. And the shoe appears modern enough; it features a clean, classic design done with an engineered knit upper, embroidered Puma stripes, and an external heel counter that should help lock in the heel.

Interestingly, the Puma Clyde Court Disrupt rides atop the free-floating NRGY foam pellet cushioning system the brand introduced in the Puma Jamming. That foam is housed within a rubber cupsole for containment.

However, Nike Inc. filed a patent infringement complaint against Puma North America Inc. on May 3 alleging that the Puma Jamming infringed on Nike’s Air Sole technology. There appears to be no public resolution to that case yet.

The Puma Clyde Court Disrupt will arrive at retailers on October 1, according to Hypebeast. No price point has been announced but the shoe will be shown at an event in Brooklyn tonight.

What do you think about the Puma Clyde Court Disrupt? Share your thoughts in the comments below. 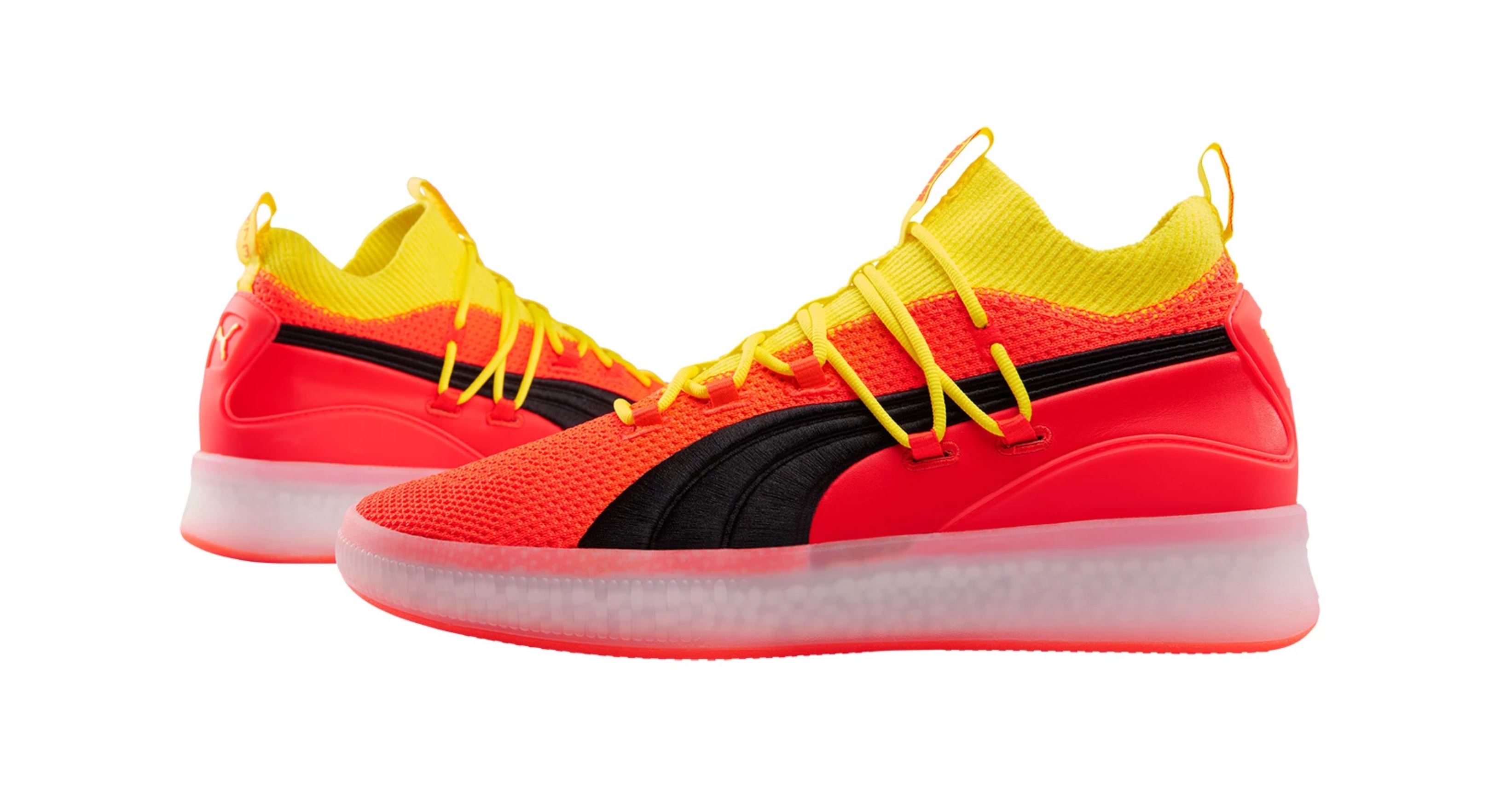 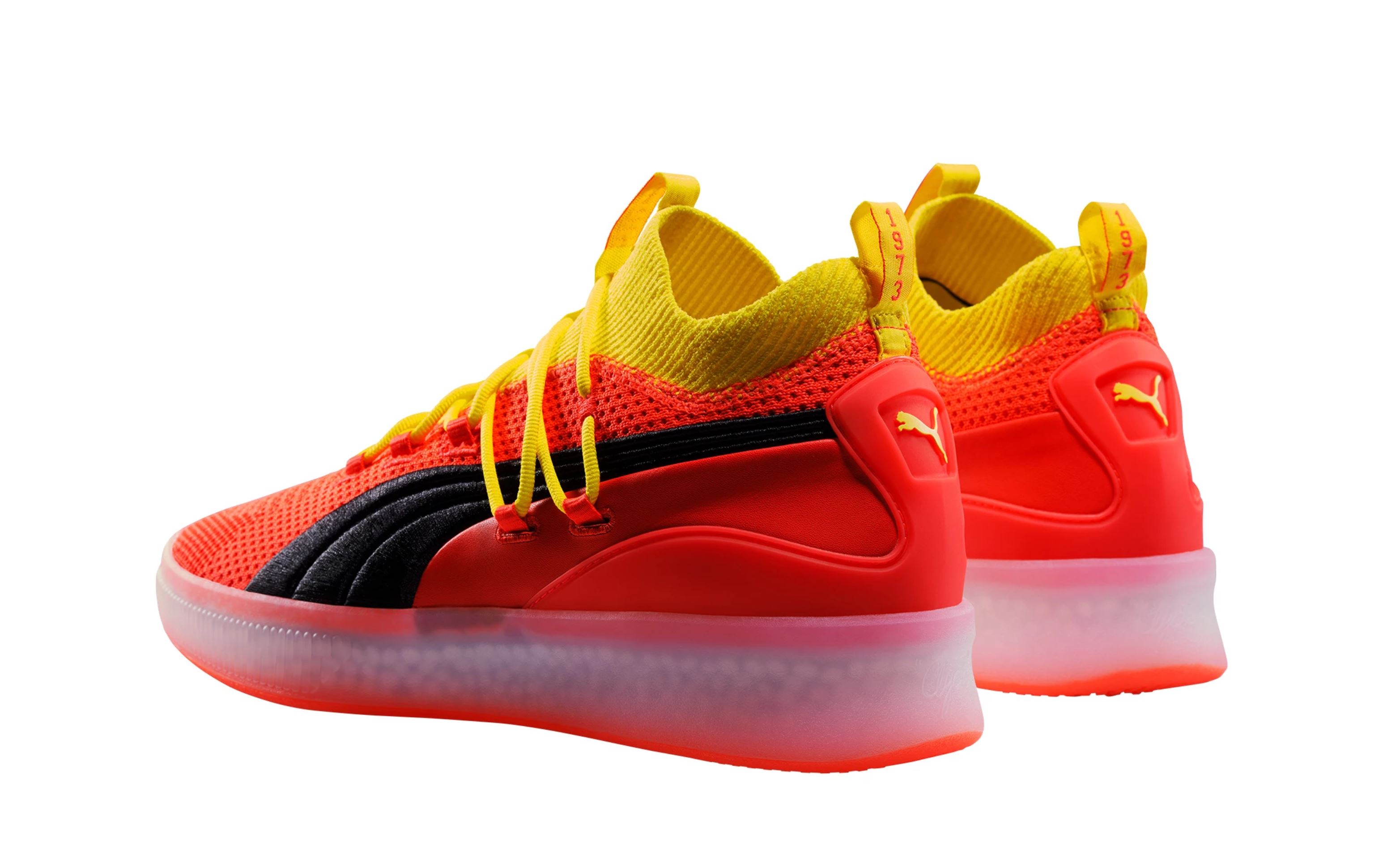 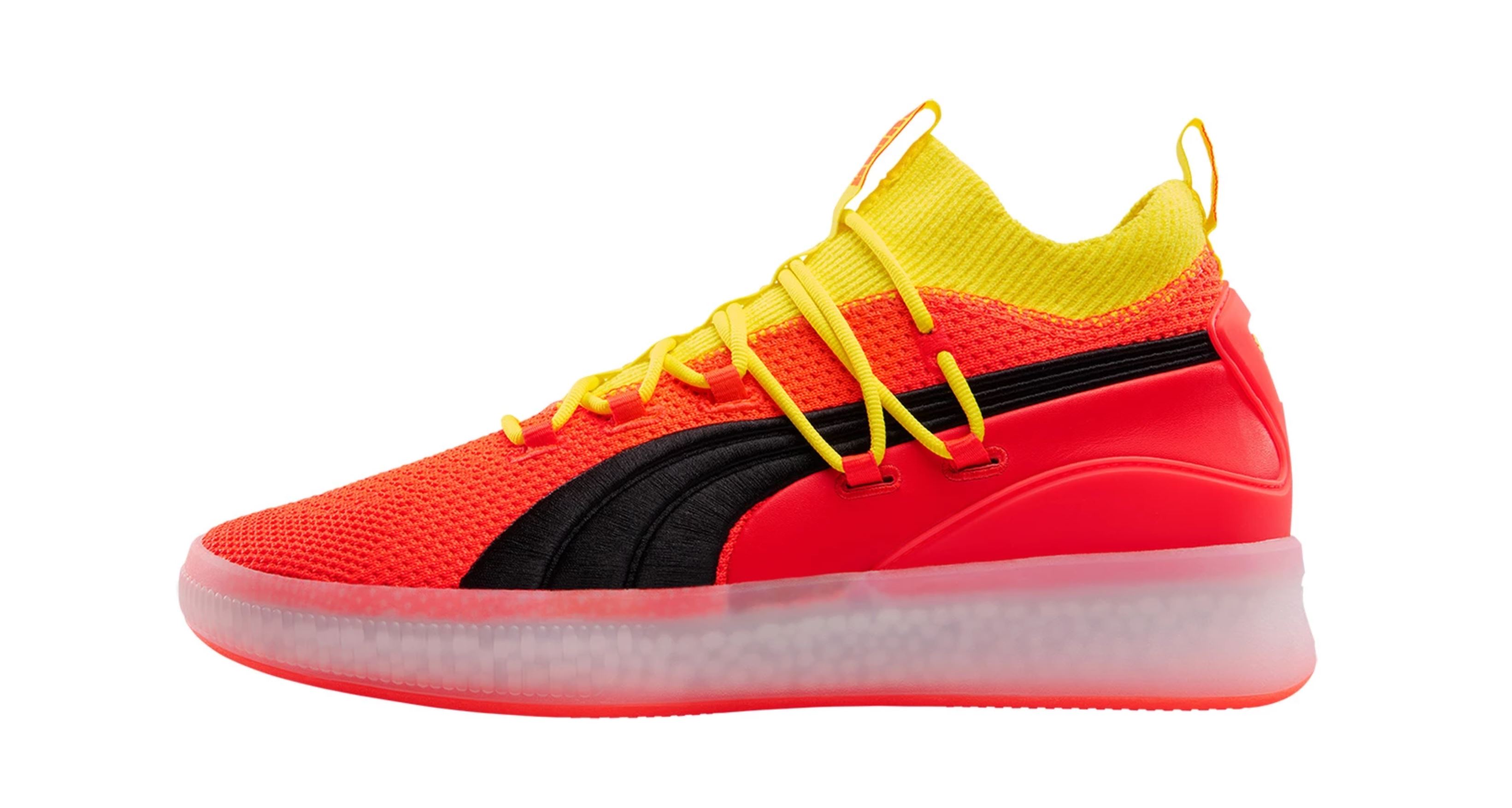