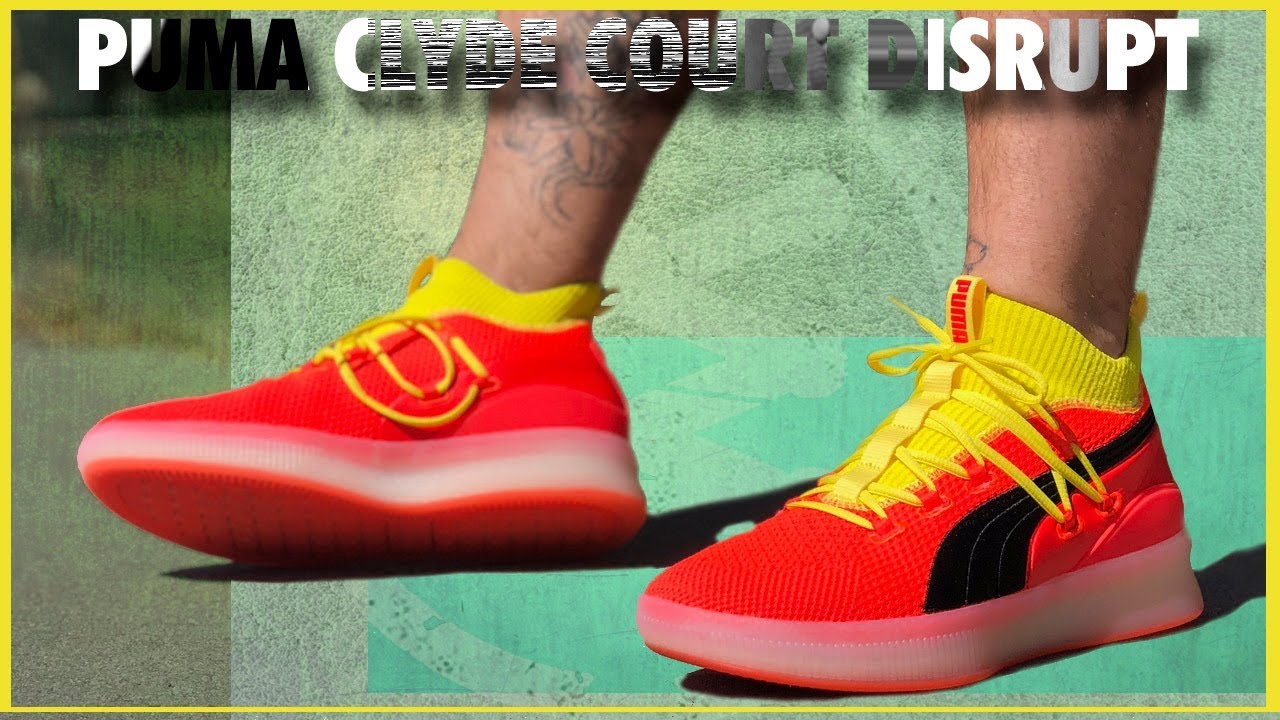 The Puma Clyde Court Disrupt seems to be a model everyone is interested in so we’ve got a detailed look and review to hold you over until the shoe gets its early limited release.

Change and competition are generally good, and Puma Hoops is stirring the pot when it comes to performance basketball footwear. Nike and Jordan Brand have been powerhouses in the basketball footwear segment for the past 30 years, with adidas and Under Armour coming up from behind. Can Puma bring the noise and disrupt the flow of today’s market?

The Clyde Court Disrupt has been playing better than I initially thought it would and, while this initial colorway might now show it, the shoe can be worn easily on- or off-court — something many consumers have said is lacking with today’s modern performance models. Some shoes are too performance driven and can’t be as versatile off-court as ’90s footwear once was. On the flip side, if a shoe looks good and doesn’t perform well then consumers are even more upset — it’s hard to please everyone.

Set to debut in limited fashion in select cities and retailers on September 21, the Puma is looking to shake things up with the Clyde Court Disrupt. A general release will follow early October.

Share your thoughts on the Puma Clyde Court Disrupt below and stay tuned for the performance review in the coming weeks.