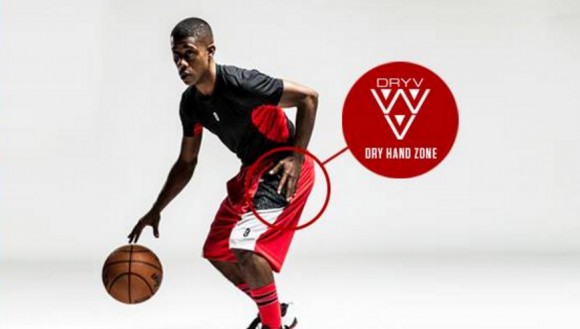 Point 3, a specialist in basketball apparel based in Atlanta, has raised closed to a million in a Series A-1 financing to expand the footprint of its patented DRYV Technology.

The round was led by angel investors from the sports, media and technology sectors, including current and former executives from the NBA, NFL, Major League Baseball, Turner Sports, Reebok and Adidas.

“Since receiving our patent in 2014, there has been significant interest in Point 3 from the investment community. After three consecutive years of triple digit percentage growth exclusively through direct-toconsumer channels, we have proven that Point 3 has a place in the basketball apparel market, and that our patented DRYV® Technology resonates with ballplayers,” said Point 3 Founder & CEO Michael Luscher.
“This investment round allows us to scale up growth of the Point 3 brand, and extend the reach of our DRYV® Technology beyond the basketball court.”

Point 3 will utilize the financing for research and development dedicated to DRYV Technology, extension of the DRYV brand, and intellectual property protection. Point 3 Basketball will remain focused on the brand’s direct-to-consumer growth strategy, expediting speed-to-market on new product releases and strategic marketing partnerships.

Point 3’s growth to date has centered around its use of DRYV, a patented textile technology that integrates an absorbent outer layer into moisture wicking garments. Point 3 has marketed the technology using the slogan “SHORTS + TOWEL = GENIUS” and incorporated DRYV into its own branded line of basketball apparel sold online, in team uniforms worn by over 300 youth basketball programs nationwide, and as part of its partnership as the Exclusive Outfitter for Atlanta Hawks Youth Programs.

The formal launch of DRYV Technology is scheduled for early 2016 and will center around licensed partnerships with apparel companies that plan to incorporate the company’s patented technology into their own branded garments. The patent for DRYV was granted to Point 3 in July of 2014 and is currently used exclusively in its own branded line of apparel.

A Forbes report on the new Series A-1 infusion indicated it included involvement from Tim Brosnan, former Executive Vice President of Business at Major League Baseball; Bill Daugherty, former Senior Vice President of Business Development at the National Basketball Association; and Rick Burton, who was formerly the Chief Marketing Officer for the U.S. Olympic Committee at the Beijing 2008 Summer Olympics and currently the Syracuse University David B. Falk endowed professor of Sport Management. Point 3 has raised just under $5 million since its inception in 2010, according to Forbes.