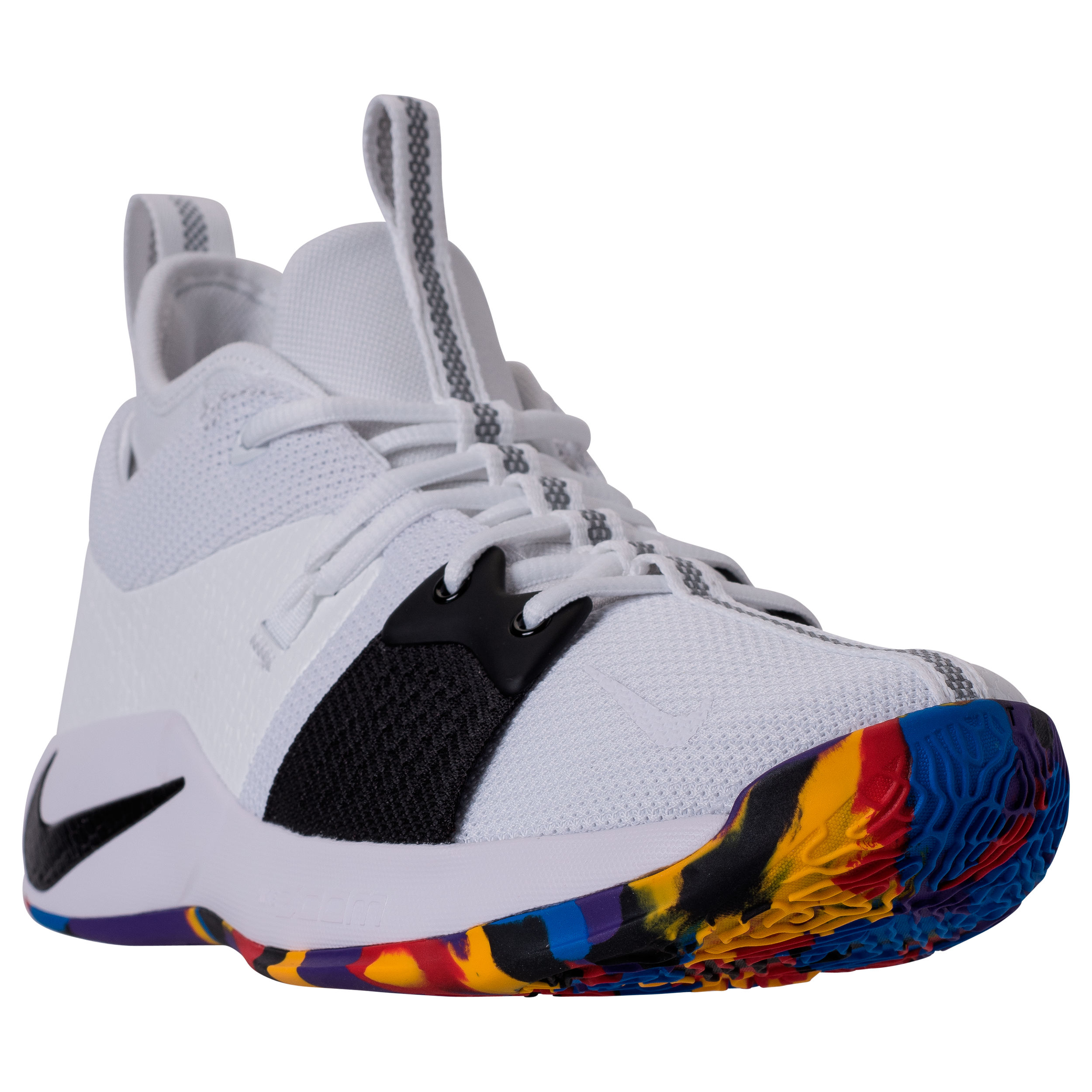 We first reported on this Nike PG 2 ‘NCAA’ last week but today we’ve got an official look at the sneaker — and a new release date.

In another leak from the reliable US11, this colorway features a primarily white mesh upper with contrasting black forefoot wings strategically placed for lockdown. PG’s passion for fishing made it back to his signature with a fish scale pattern over the reverse Swoosh on the lateral side and the same pattern on a white synthetic that covers the extended heel counter.

The outsole is where the vividness is captured as Nike opted for a multicolor outsole that appears to make the outrigger prominent on the lateral side. The shoe also fits in with the theme of this past NBA All-Star Game; the White/Black upper matched the uniforms worn and the Yellow, Purple, Blue, and Red outsole fit right in with the LA-themed court of the hosting Lakers and Clippers.

When @pinoe77 first leaked this sneaker he stated its release date would be March 22. However, US11 has posted a March 6 release date. When we confirm a release date we’ll update you.

Stay tuned as we bring in more details of release on this Nike PG 2 ‘White/Multi’. Does this make your list of colorways to watch out for early in the PG 2 run? Let us know down in the comments. 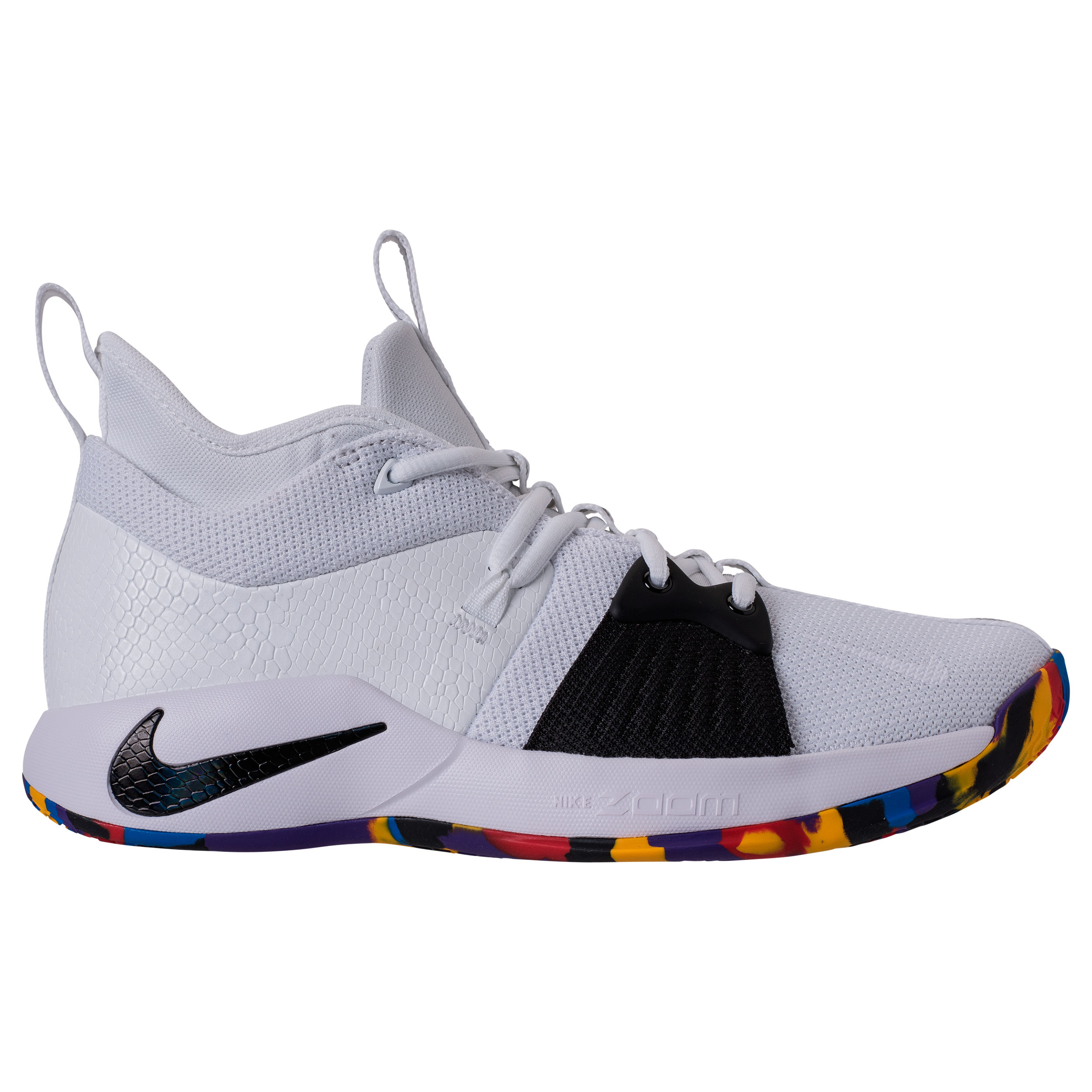 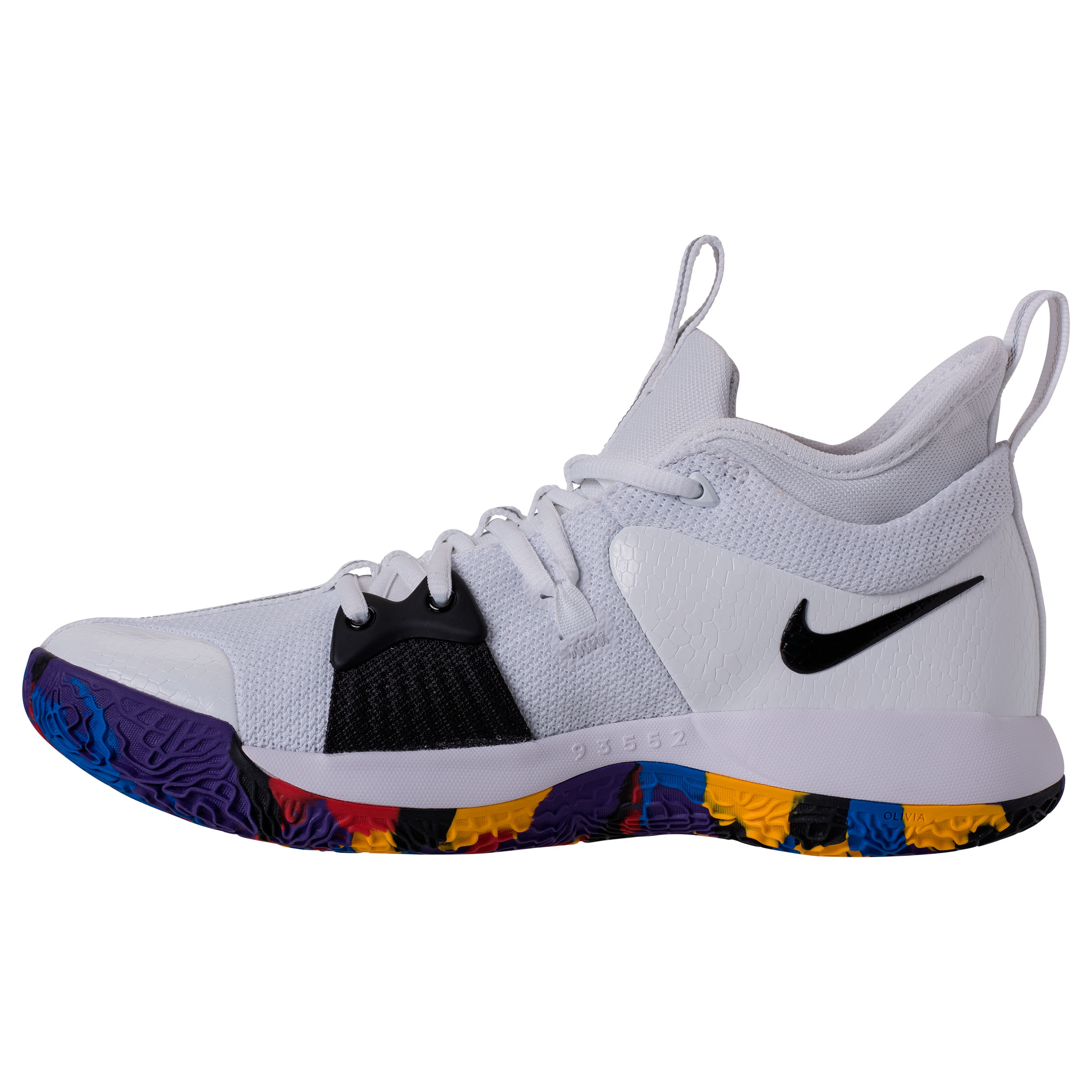 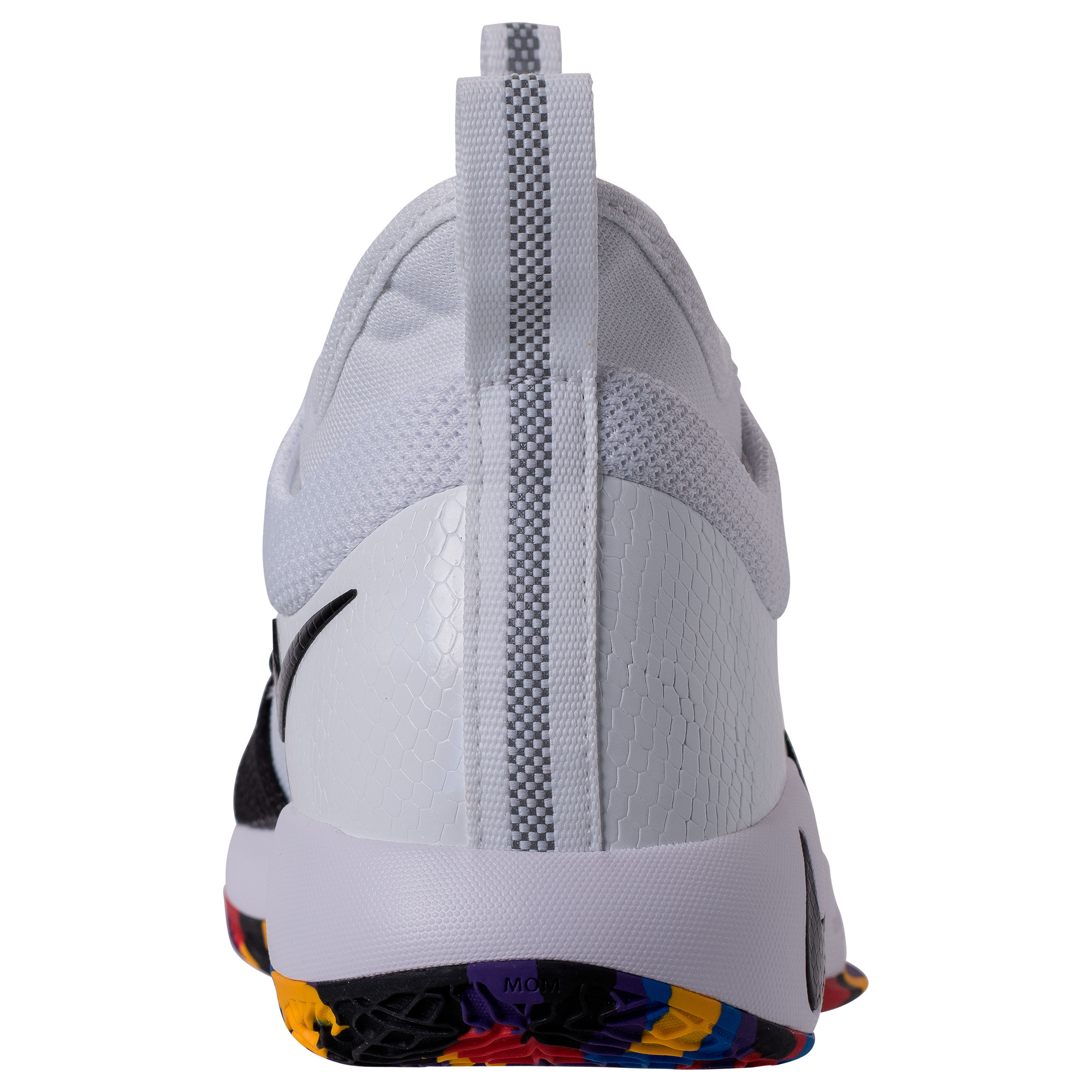 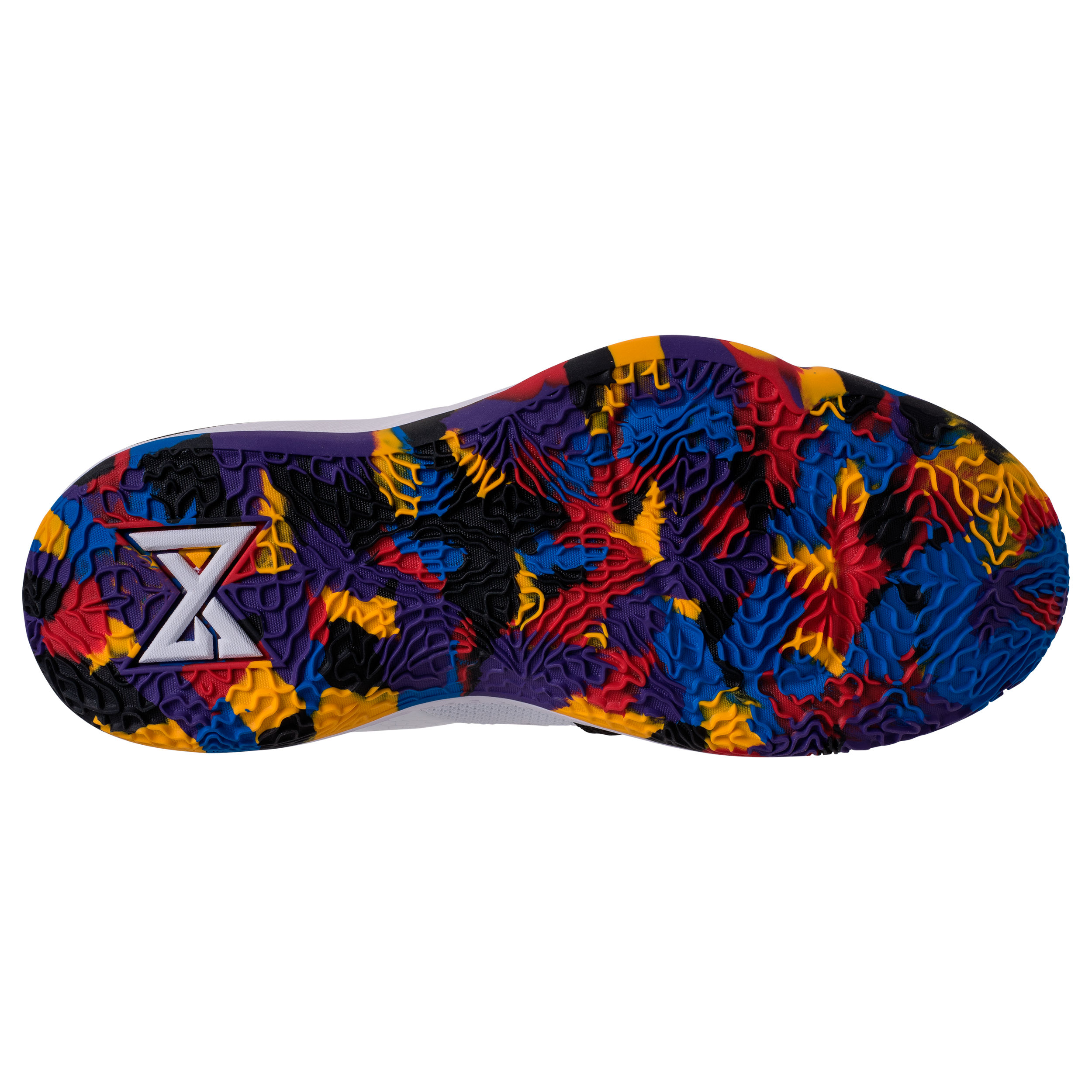 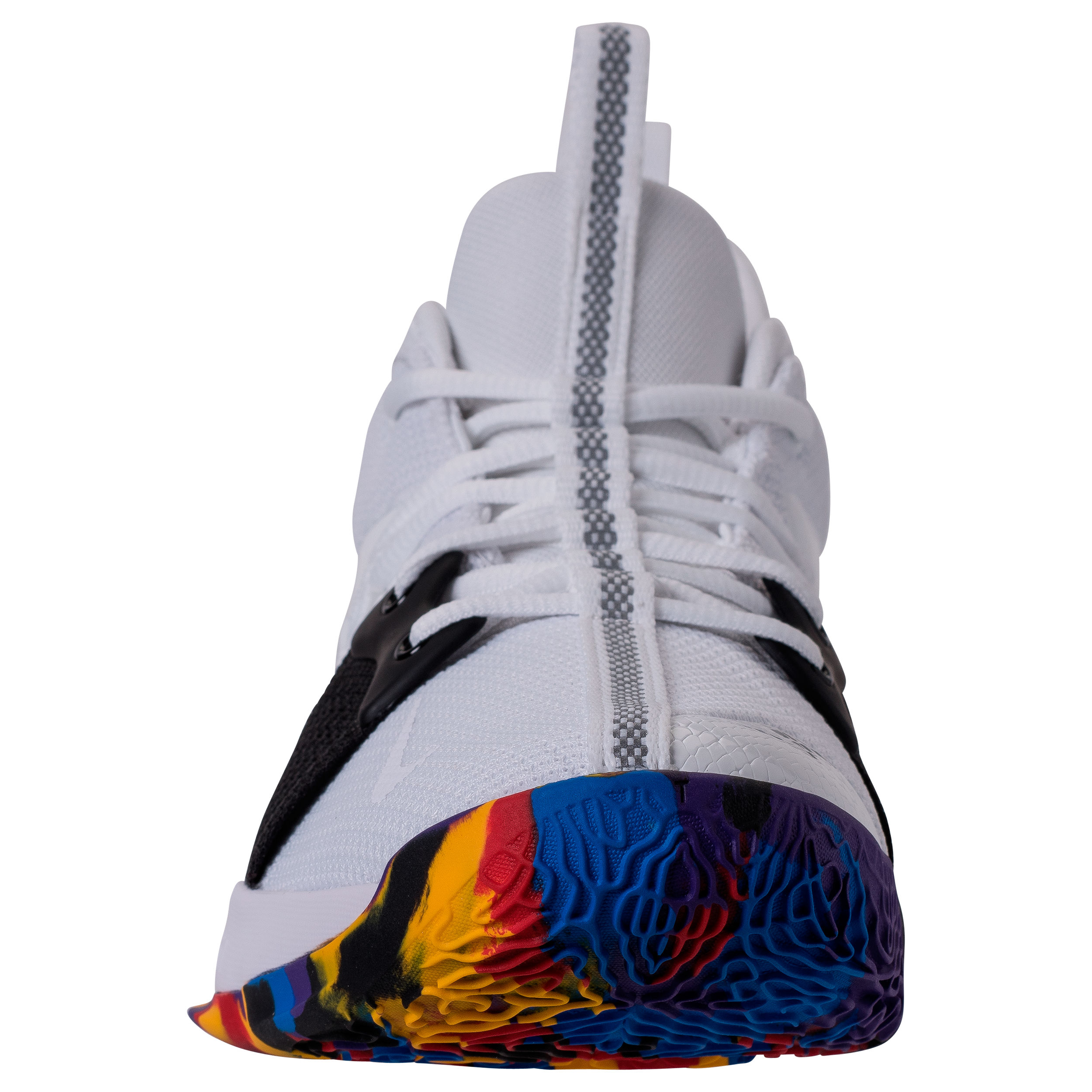 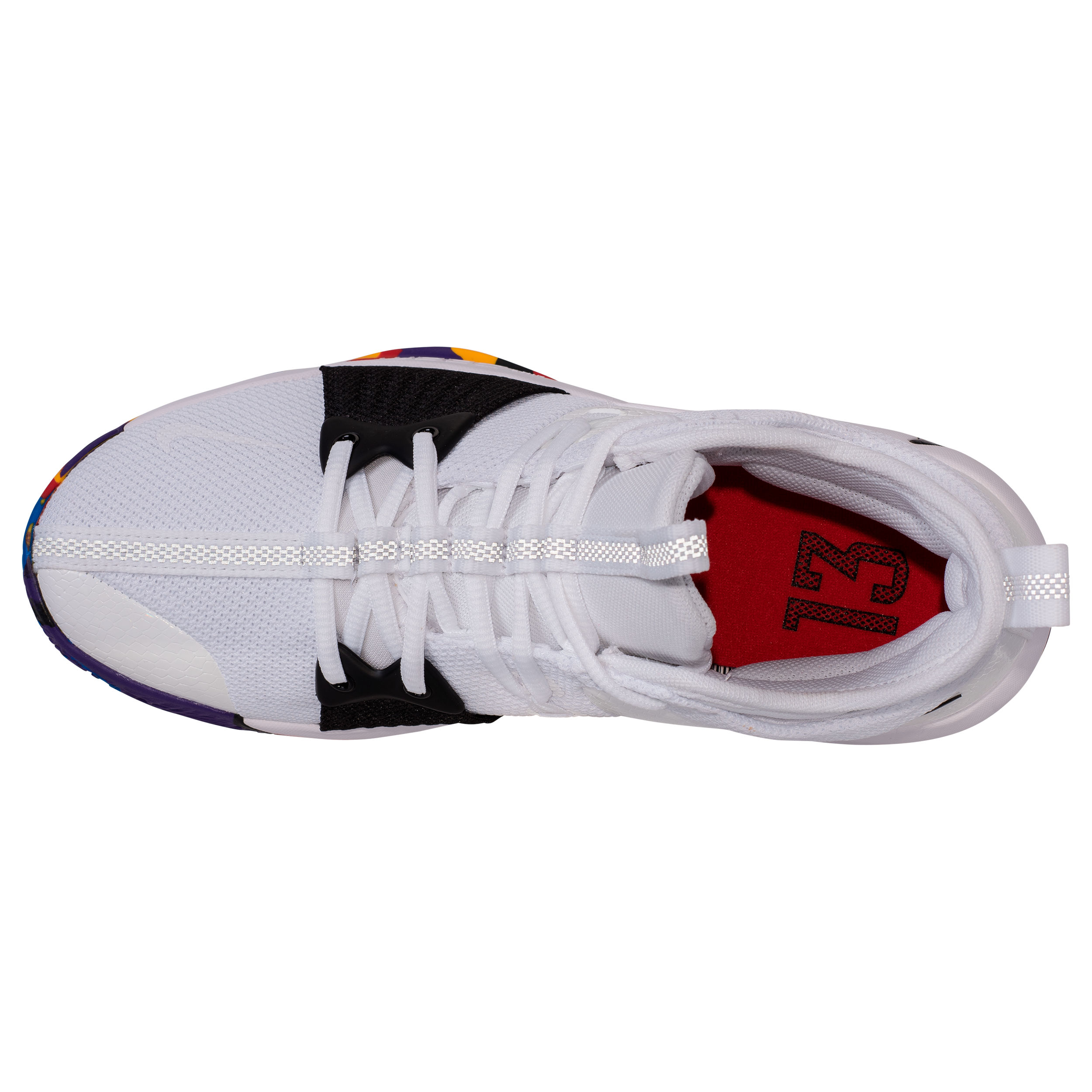