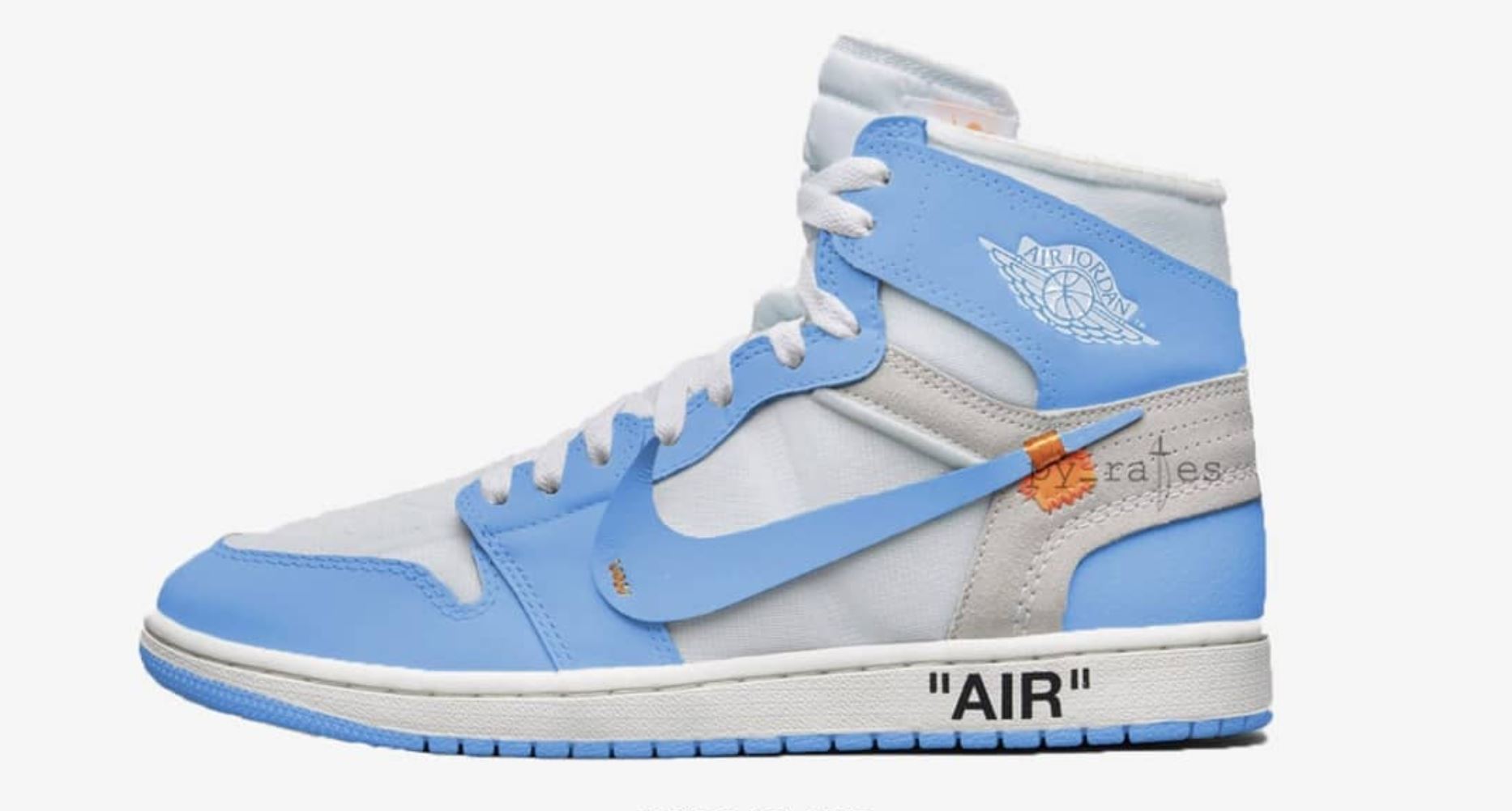 Initially thought of as a fake, the real Off White Air Jordan 1 ‘UNC’ has been leaked.

A few months ago, WearTesters reported on a supposed fake Off-White Air Jordan 1 ‘UNC’ for the University of North Carolina, Michael Jordan’s alma mater. Now, thanks to leaker @py_rates, a release date has been unveiled.

According to @py_rates, the Off-White Air Jordan 1 Retro High ‘UNC’ is set to drop on June 9 for $190. While the release date and price have been leaked, there’s no word yet on where the sneaker will drop; it will likely be a very limited release.

What interesting about the fake pair is that the blue used in the upper is a lot darker in comparison to the Legend Blue used in the real upcoming model. Of course, that initial image was grainy.

Keep it locked to WearTesters for any upcoming news on the Off-White Air Jordan 1 ‘UNC’ and any other upcoming Air Jordan 1s.

What do you think of the Air Jordan 1 coming with the Off-White branding in a ‘UNC’ colorway? Let us know in the comments.