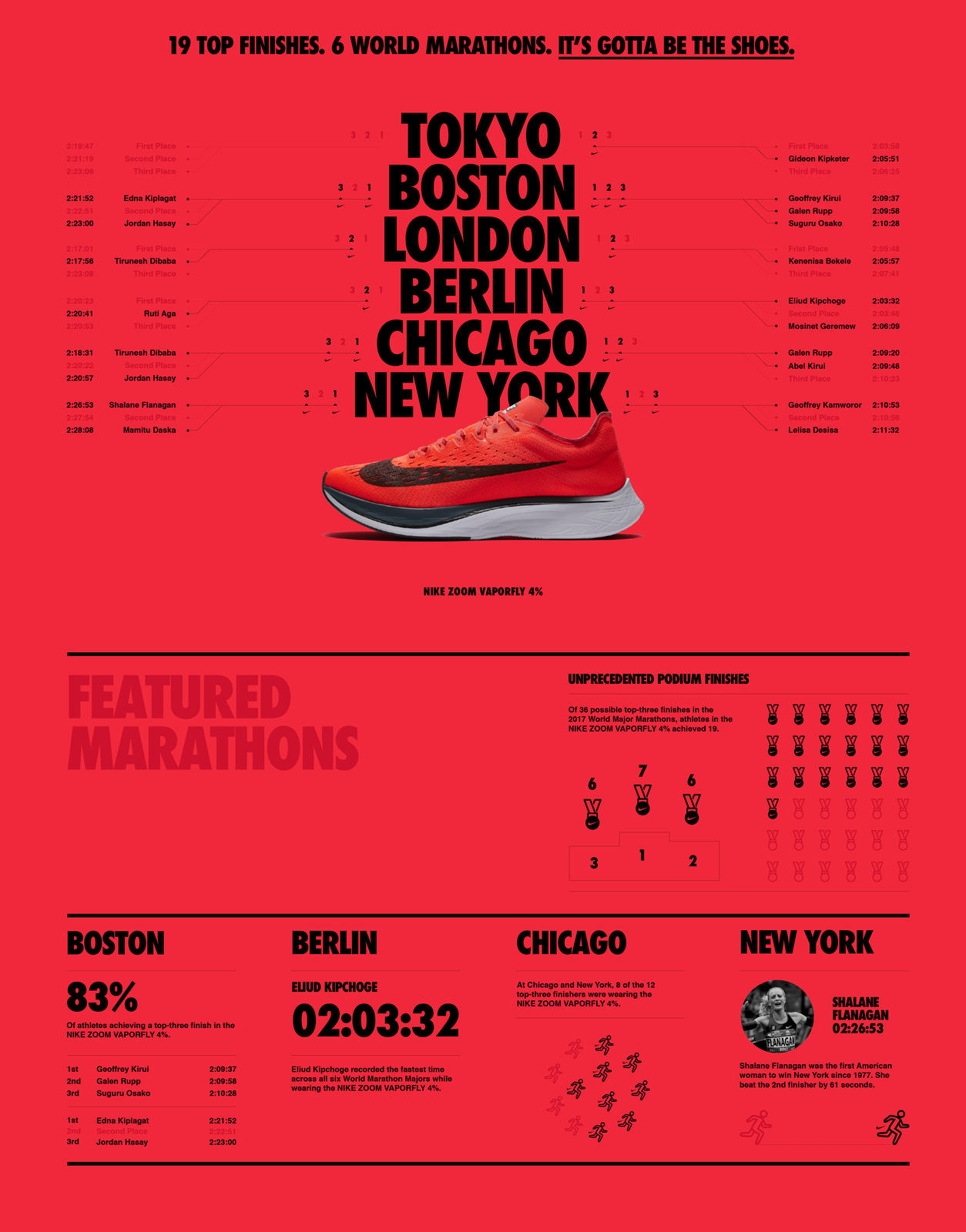 It is safe to say the Nike Zoom Vaporfly 4% dominated at world marathons in 2017.

Endorsement from the world’s fastest marathoner Eliud Kipchoge was appreciated, but not enough. Today, Nike has captured the performance of top athletes wearing the Nike Zoom Vaporfly 4% in the six major world marathons, and the results do not disappoint.

Despite mounting concern that the shoe does not conform to the rather imprecise footwear standards of the I.A.A.F., of a possible thirty-size top-three placements across the world, over half the athletes making the stand wore the Vaporfly model — with 12 total finishing at second and third and a total of seven athletes finishing in first place.

In Berlin, Eliud Kipchoge recorded a runtime of two hours, three minutes, and thirty-two seconds (to no surprise the fastest time across all six world marathons) in the Zoom Vaporfly 4% while Shalane Flanagan became the first American woman to beat the New York Marathon since 1977 in her pair.

Nike still hasn’t broken that two hour barrier with the Vaporfly 4% but it seems like a matter of time. While the tech benefits may have truly made a difference, the real MVPs are listed below.