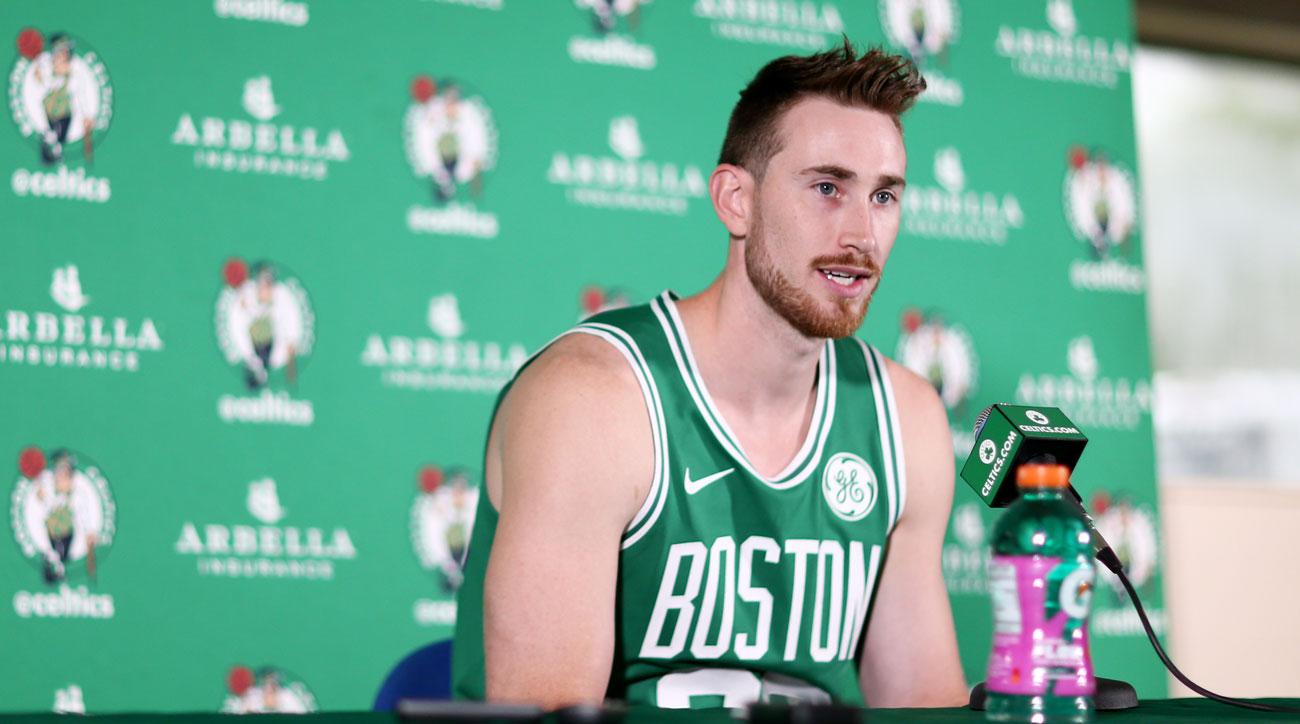 Gordon Hayward is the latest NBA athlete to join Chinese brand Anta’s roster. He will join Klay Thompson, Rajon Rondo, and Manny Pacquiao — and get his very own signature shoe.

According to ESPN’s Nick DePaula, the Boston Celtics’ small forward signed a four-year $9 million shoe and apparel offer sheet in late-September. Nike had 10 business days to exercise its “match clause” in its contract with Hayward and elected not to. Look out for an Anta Hayward signature shoe soon, as well as an apparel collection, that will be marketed in the U.S. and Asia.

While the Anta brand is still relatively unknown in the United States, it is one of the largest athletic companies in China with over 9,000 stores. In 2017, Warriors guard Klay Thompson signed a 10-year $80 million deal with the brand, which will also be an official sponsor of the 2022 Beijing Winter Olympics (the company had a large hand in the PyeongChang 2018 festivities).

Now that another NBA star has joined Anta, who do you think the brand will pick up next? Sound off in the comments below.