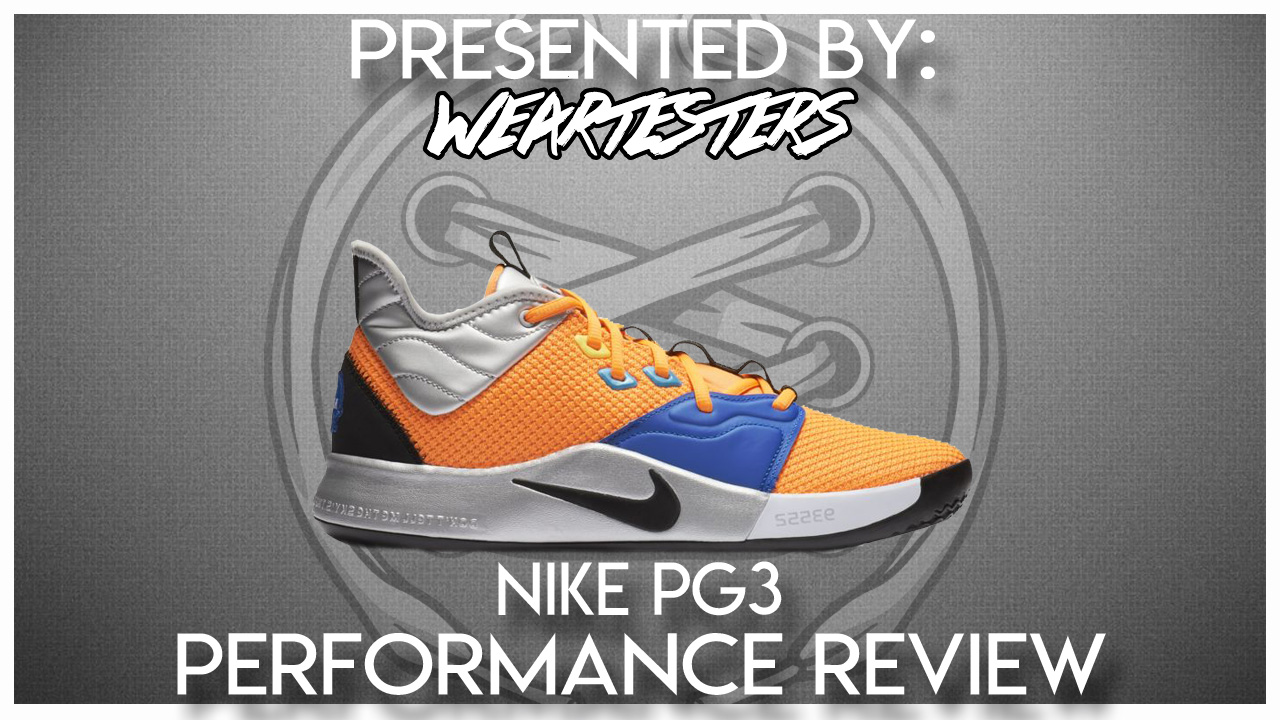 The Nike PG3 Performance Review by WearTesters own Jalique Gabay has arrived.

Paul George is currently killing it this season. When you are averaging career highs in multiple categories for a current top-three team in Western Conference standings — a team which by the way inked him to a max contract this past offseason — it’s safe to say he is riding a lot of momentum.

The question you want to know is: Does the momentum carry into PG’s latest signature? We hope you enjoy this Nike PG3 performance review.

A crater-inspired pattern fills the outsole with circles and never disappointed. My pair saw its share of slick surfaces over the past couple of weeks and I rarely had to wipe. And honestly if I did wipe, it was probably more out of habit than necessity.

No matter the surface condition, traction had my back on all types of movement on both ends of the floor. In addition to multidirectional coverage, the circles just provide plenty of open area where dust can’t accumulate and I never once had to think about what type of step I should make. I never noticed any crazy screeching halts or insanely hard bites – I just noticed I never felt I lost a step.

Fortunately, the weather warmed up enough to take a little extra time and try the PG3 on concrete. Durability? It may be an improvement over the PG2 but don’t expect it to last very long outdoors being that after weeks testing indoors, it only took about an hour outdoors to finally notice fraying. Traction was just as good outside as it was indoors when it comes to function though.

Phylon throughout and forefoot Zoom: Just an evolution of the same PG setup, if you would even call it that. The Zoom Air up front provides good response and protection. Meanwhile, the softer Phylon in the heel isn’t bouncy but not mushy either. It’s simply comfortable enough where I didn’t have issues playing for extended periods of time. It did take a day or two for the foam to soften up to my liking under foot, but it has been consistent since so I’m hoping the PG3 doesn’t bottom out too soon as the compression marks may lead one to believe.

I thought about giving the Nike PG3 a harsher score in the materials category and honestly, it can still go either way. The mesh throughout the upper is not great and the rest of the build is 100 percent synthetic. That means, it is both a step down and doesn’t scream signature sneaker at all besides branding.

On the other hand, the materials function exactly how I would like them to, so I don’t have much to critique performance-wise. I suppose the lack of raw materials in the PG3 was a part of Nike’s mission to shed a specific amount of weight. A little something extra wouldn’t have hurt in my opinion, but oh well.

The extra $10 retail for this colorway was simply due to the NASA branding but if you are interested in one of the more standard colorways, at least you aren’t looking at less premium touches AND a price increase.

I’m in love with how the PG3 fit me true to size. I like for my toes to be somewhere in between a thumbs width and all the way up front in the sneaker when playing and that’s right where I am in the PG3. The shoe does fit on the snug side, but after a little break-in time, it was near perfect for me.

The half-tongue incorporated into the PG3 allows getting your foot into the sneaker relatively easy and the forefoot wings adjust very well. I particularly loved that whether I tightened the PG3 up or loosened up after long runs for better circulation, it never felt like lockdown was sacrificed.

If you are a wide-footer, it’s close, but you may want to lean towards a half-size up. By the time this is published, we shouldn’t be too far from seeing the PG3 on more shelves so definitely give these a try-on in-store if you can.

Outside of the forefoot wings, there isn’t really anything that stands out as far as support features, but there is nothing to critique here, honestly. Like with the traction, I always felt secure and never really had to give thought to where or how I was moving. The wings were, of course, the best part as I could feel them hold me on to the footbed, at least on the lateral side. Everything else was good: no rollovers, no heel slip, no negatives in my book.

PG’s OKC teammate may have a signature sneaker that reflects his speed and aggression on-court, but George’s represent him well also as they are suited for a smooth, two-way player that can get busy when necessary.

If you have a lot of life left in your PG1 or PG2/2.5 then no, the 3 probably isn’t a must-have right now unless you are a big Paul George fan. Honestly, with previous models still available for nearly half the price on sale, it’s hard to argue on saving money going that route. When it comes to 2019 releases, however, I do believe the Nike PG3 (along with the Why Not Zer0.2) sets a pretty nice bar for performers to come.

Aesthetically, many will find this third signature to be a step back. I won’t argue with those who believe that, but I do think the line continues to take steps in the right direction performance-wise. Regardless if you think the line is taking baby-steps, the Nike PG3 is a great shoe to play in. 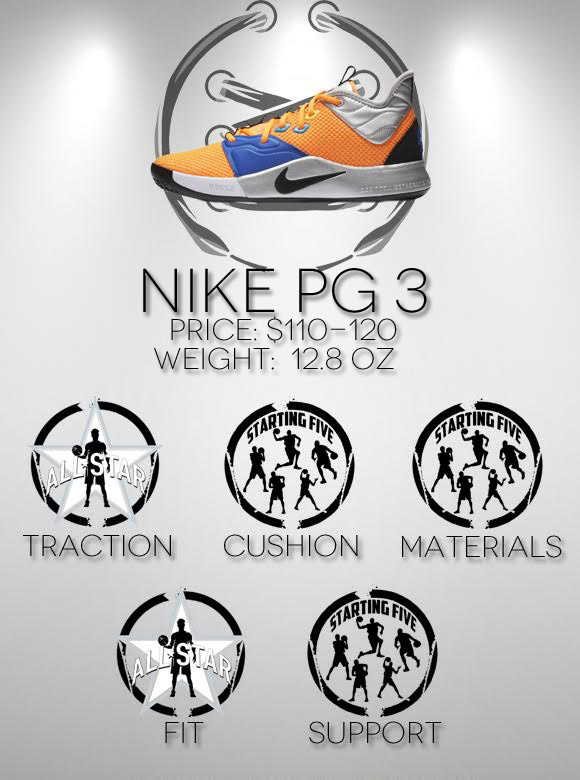