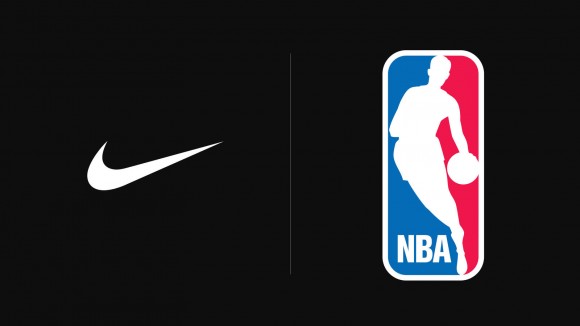 We all speculated that with adidas stepping down, Nike would show that they’re still the top sportswear brand by teaming up with the NBA once again. It was uncertain if they’d seal the deal with Under Armour trying to gain partnership as well. So for those of you that haven’t worn any officially licensed NBA products due to the adidas logo – yes, there are people like that – then now if your chance to grab the gear and sport the Swoosh at the same time.

“This partnership with NIKE represents a new paradigm in the structure of our global merchandising business,” said NBA Commissioner Adam Silver. “As our exclusive oncourt apparel provider, NIKE will be instrumental in our collective efforts to grow the game globally while applying the latest in technology to the design of our uniforms and oncourt products.”

NIKE has a rich history of innovating and leading from the front, and has supported some of the greatest former and current NBA and WNBA players. The company has been a global marketing partner of the NBA since 1992 and expands its rights over eight years under the new agreement, where NIKE will become the first NBA apparel partner to have its logo appear on NBA uniforms. NIKE will also have the global rights to design and manufacture authentic and Swingman jerseys as well as oncourt warm-ups and shooting shirts.

“We’re excited to bring the full power of our global reach, innovation and creativity to partner with the NBA and grow the game in a way only NIKE can,” said NIKE, Inc. President & CEO Mark Parker. “In NIKE, Jordan and Converse we have three of the most connected brands in the world, and look forward to making the global growth of the game a successful strategy for both the NBA and NIKE.”

In addition, the partnership will activate around several NBA events such as NBA All-Star, NBA Global Games, NBA Draft presented by State Farm, Samsung NBA Summer League and NBA 3X. NIKE will remain the official partner and apparel provider of Basketball without Borders.

NIKE has served as the footwear and exclusive apparel provider of USA Basketball since 2006.