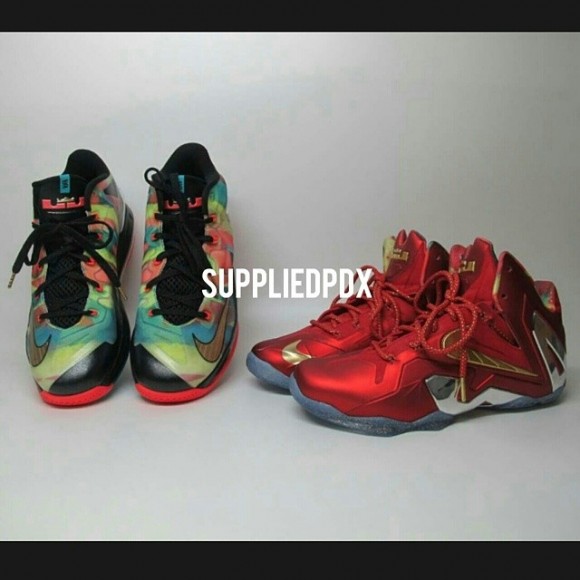 New images have surfaced today, reportedly showing the Nike LeBron 11 ‘Championship Pack’. The pack contains the LeBron 11 Elite and the LeBron 11 Low, with the former matching the typical red/black/gold colorway of the past two championship Elite models. The low features a multi-color pattern upper, that happens to appear on the collar area of the Elite model.

Both pairs are unlikely to release, considering LeBron did not capture the championship this year. Stranger things have happened however, as the LeBron 8 P.O. in the Finals/Championship colorway did release in limited numbers, even after the Heat lost to the Mavericks in the 2011 NBA Finals.

Let us know in the comments if you’d pick up the pack if it were to release. 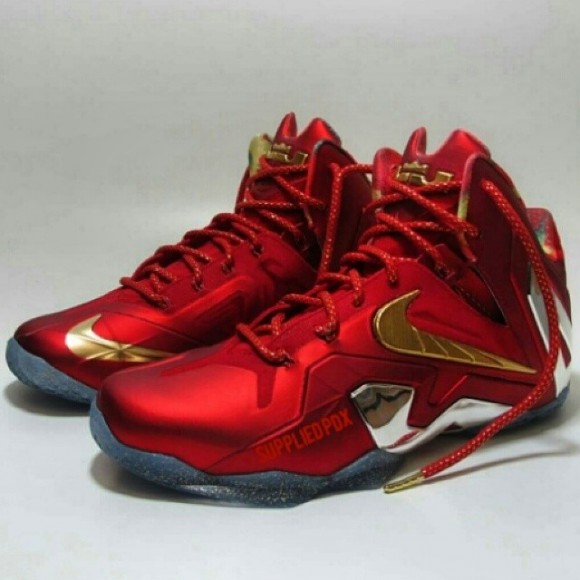 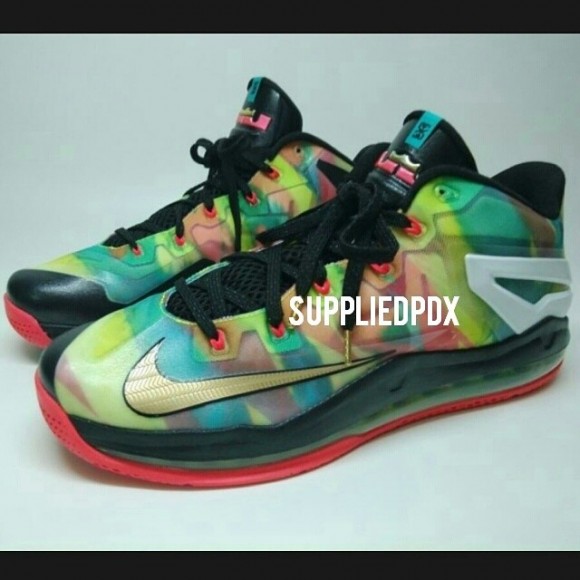