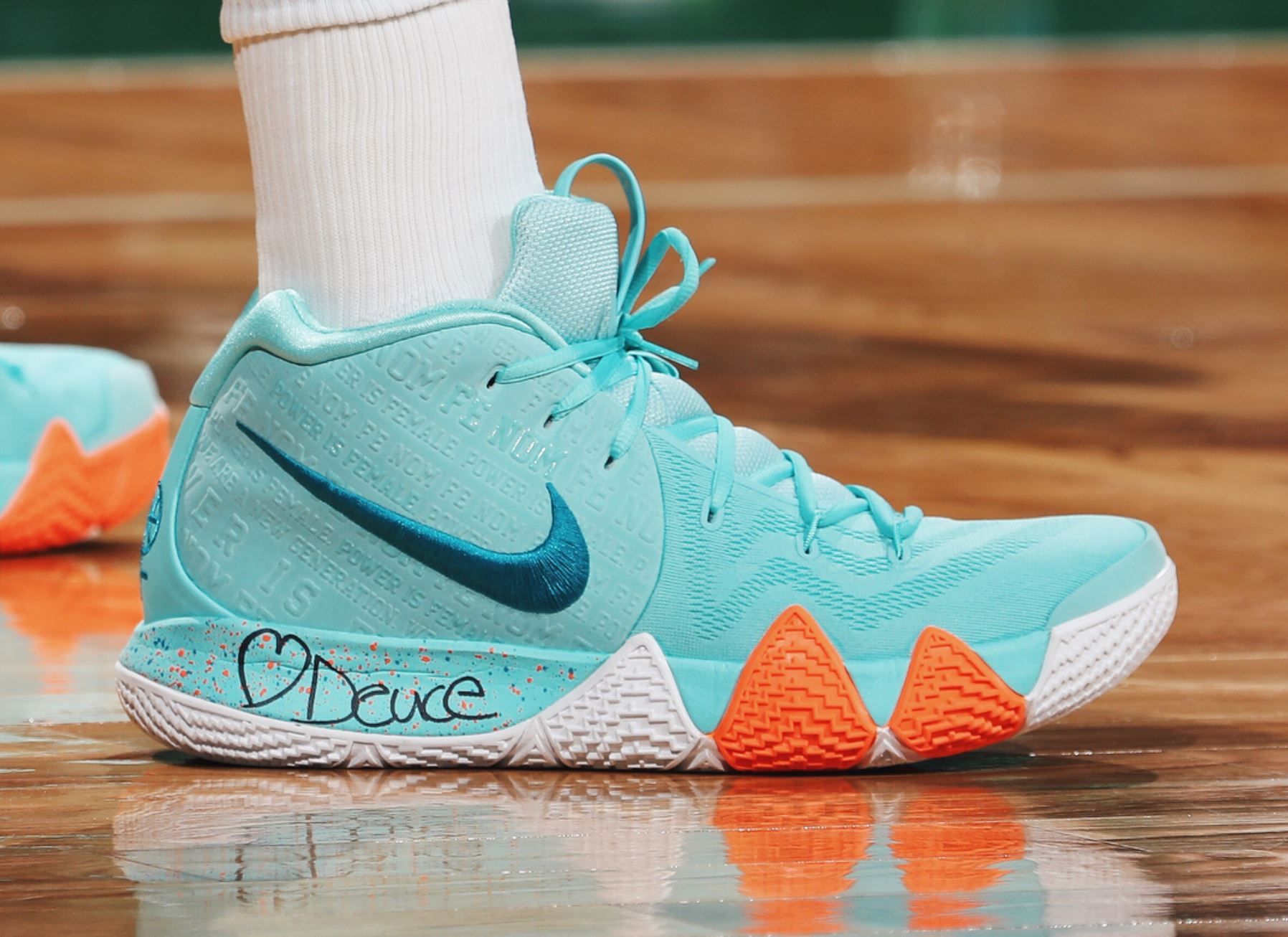 Worn by Jayson Tatum in the Eastern Conference Finals, the Kyrie 4 ‘Power is Female’ release date is nearly here.

While the ladies have gotten several dope ‘Force is Female’ footwear styles (Ruby Rose’s Force is Female collection had some men jealous), the men haven’t (some of us are trying to support). However, a unique Kyrie 4 is arriving in June and it certainly makes a statement.

Dressed in Light Aqua and Neo Turquoise, the highlight of this Kyrie 4 is the bold pattern embossed from midfoot to heel that features “POWER IS FEMALE” and “FE NOM.” Bright orange “teeth” wrap up onto the midsole while speckling hits the midsole. Thick embroidery at the Swoosh and heel finish off this pair.

Let us know if you’ll be picking up the shoe in the comments below. Are there more men’s Nike silhouettes you’d like to see receive the Force is Female treatment?