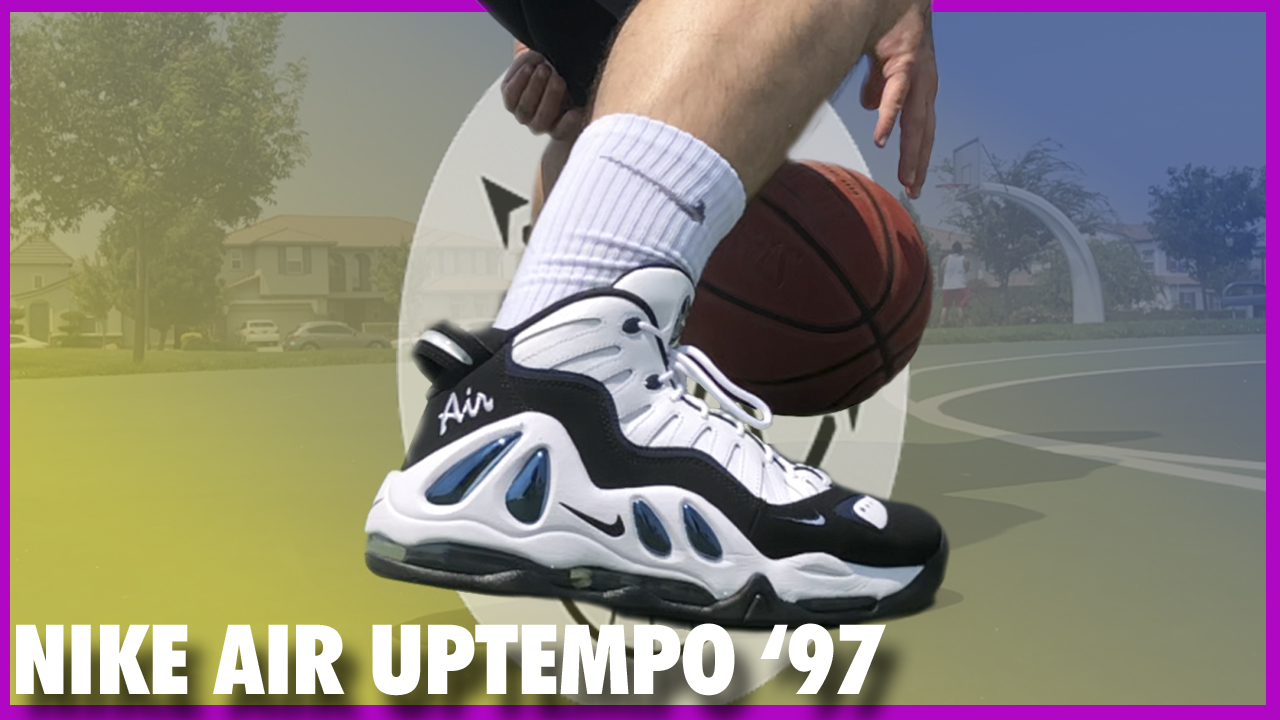 Back like it never left, the Nike Air Max Uptempo 97 is set to release alongside the Air Jordan 13 ‘He Got Game’ — and both were worn in the original Spike Lee movie.

Fans of the film and ’90s basketball will likely have already put two and two together, but in case you forgot, these are just as much part of the ‘He Got Game’ series of Nike releases than anything else. Materials are not what they once were on the originals or previous retro releases, but if you’re just looking to relive the past then you’re going to be more than happy with them. While the full-length Air Max unit isn’t anything like the original, the shoe is surprisingly comfortable.

I personally wouldn’t want to play in this Air Max Uptempo 97, at least not for very long, but it is playable if you’re looking for that rigid type of ride as far as flexibility and transition is concerned. The shoe was once worn by all kinds of position players in the NBA back in 1997 so it all comes down to personal preference.

We hope that you enjoy the detailed look and review for those interested in grabbing a pair. The Nike Air Max Uptempo 97 is scheduled to officially release on August 4 for $160, but it is available now online at the following retailers.