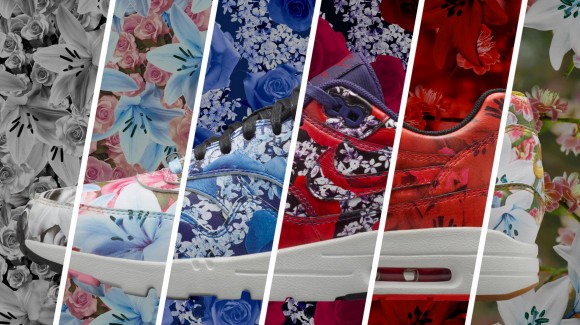 The Nike Air Max 1 Ultra City Collection is sublime. This collection will be featured on an updated version of the classic Air Max 1, the Ultra, that flaunts a new outsole that uses “less material than the original for dramatically improved flexibility and reduced weight” (Nike).

Highlighting six of the world’s great cities, New York, Paris, Tokyo, London, Milan, and Shanghai, the pack celebrates a flower from each metropolis. By pairing the respective flora of New York and Paris, Tokyo and London, and Milan and Shanghai, Nike has created three very interesting graphic prints. A few interesting details to note are that the insoles and metal lace lock feature the shoe’s respective city.

Strangely, according to Nike Air Max 1 Ultra City Collection pack will release in North America online and at NSW retailers on April 11, a full month after the pack goes on sale to the rest of the world come March 8, International Women’s Day. There is no word on pricing yet.

Check out all the official Nike information below and if you’re a guy, let me know if you’d also cop a pair from the Nike Air Max 1 Ultra City Collection if they released in men’s sizes. 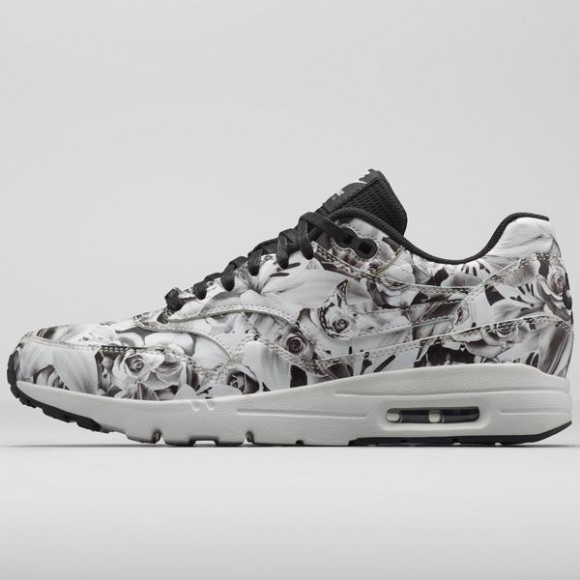 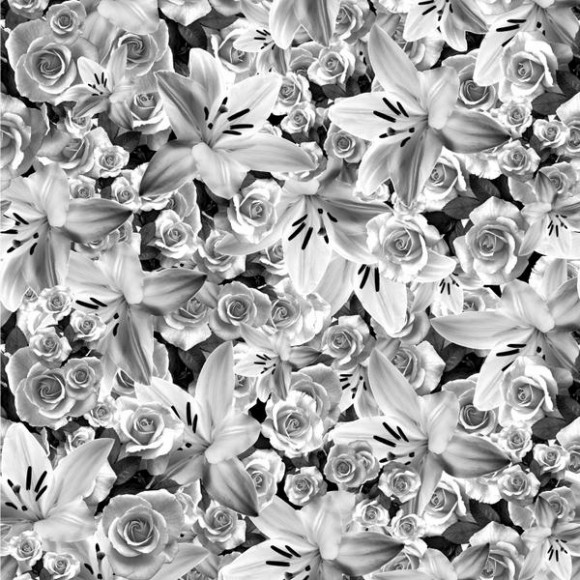 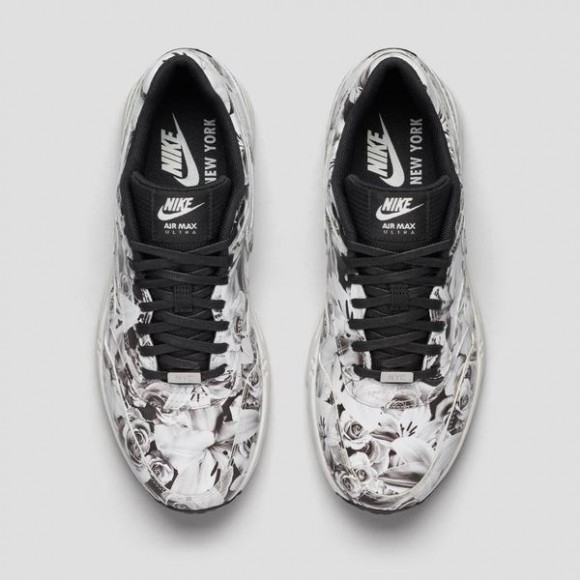 On the New York edition, the motif is applied in a monochromatic black/white/gray palette, fitting of a modern landscape and the city’s penchant for the color black. Its Parisian counterpart takes the decoration in blushing rococo pastels. 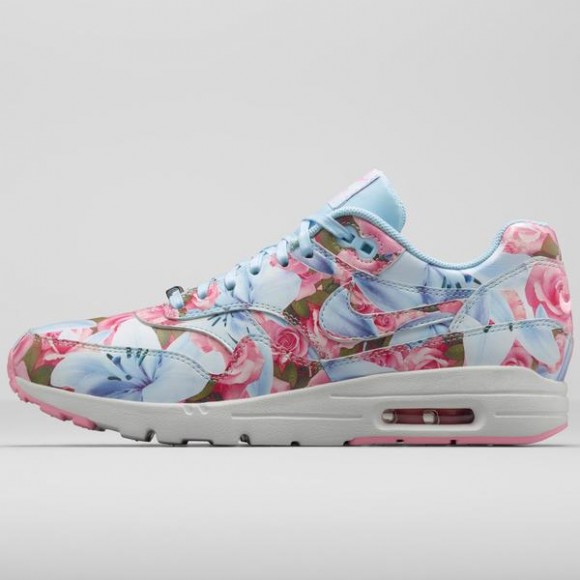 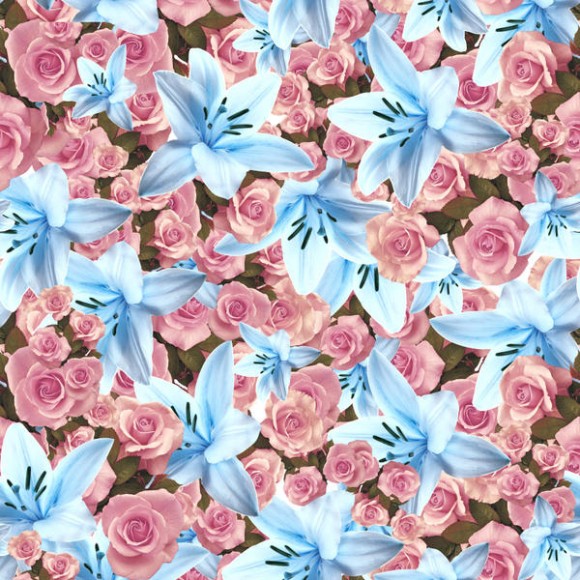 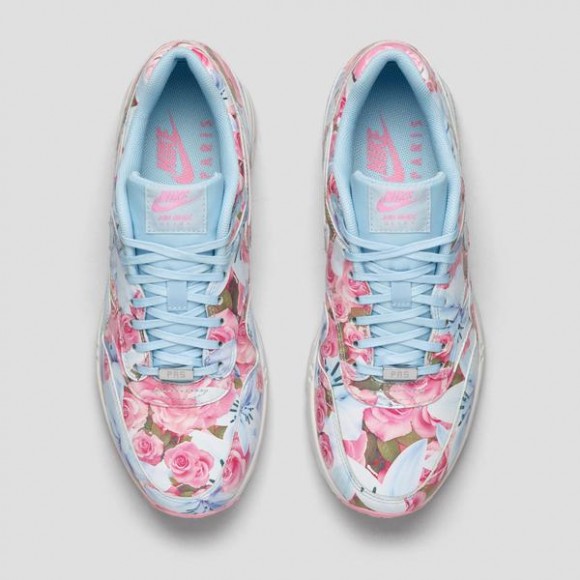 London and Tokyo, represented by roses and cherry blossoms, respectively, combine in the second dynamic design. 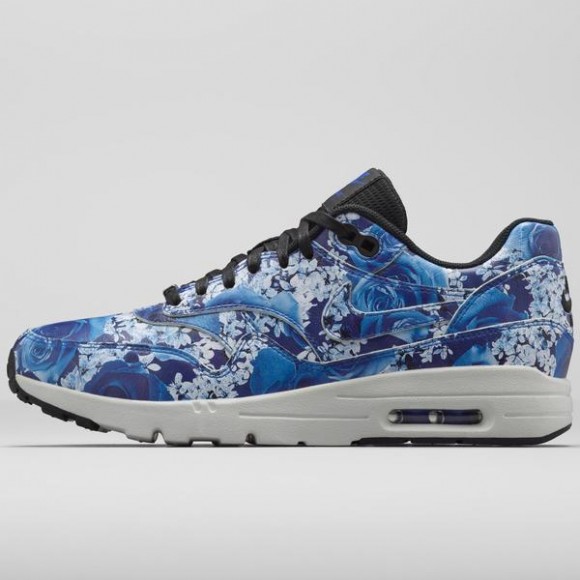 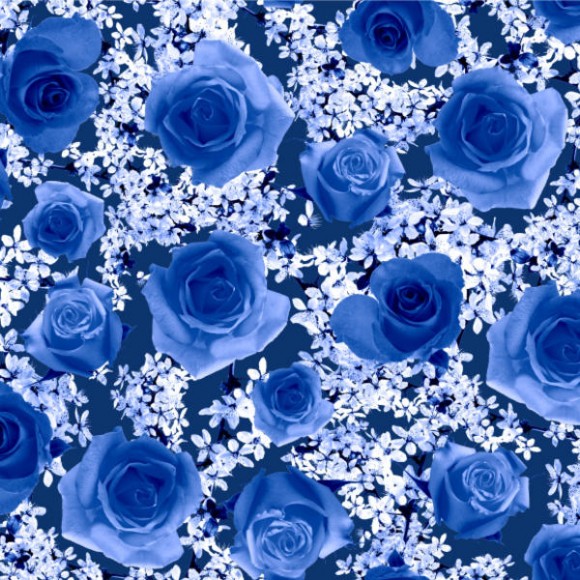 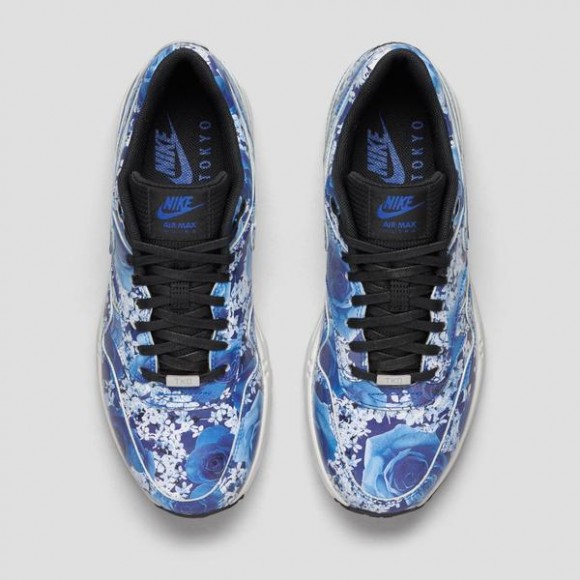 A monochromatic indigo scheme represents the Japanese capital, while London receives a fiery red-and-white treatment atop a black background to reflect its gothic architecture. 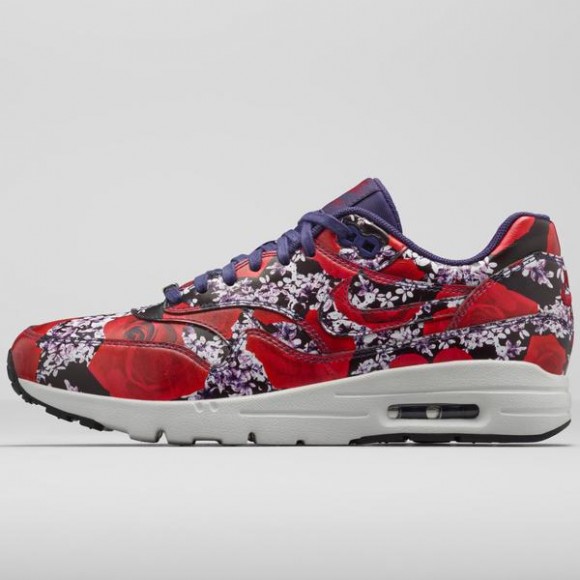 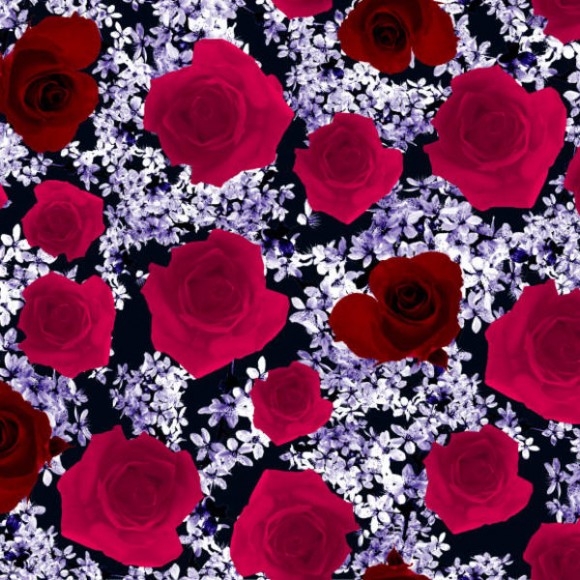 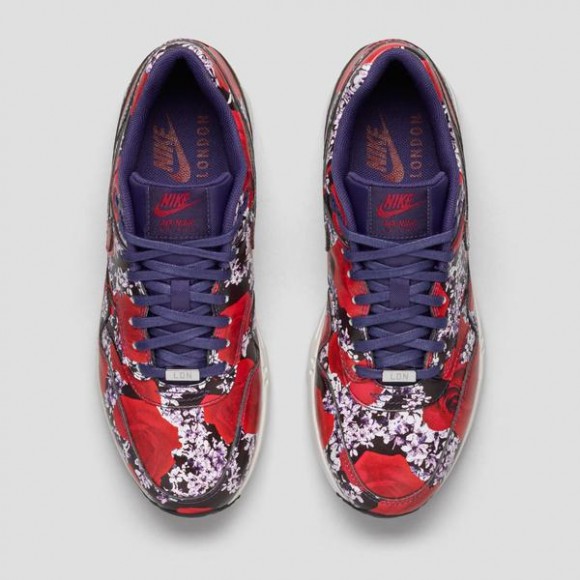 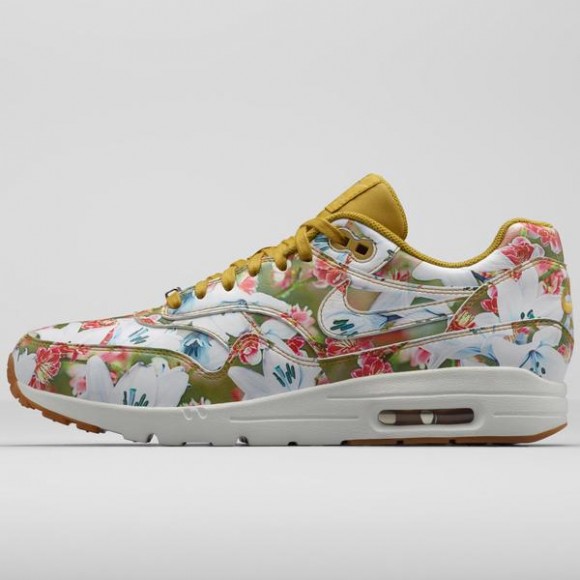 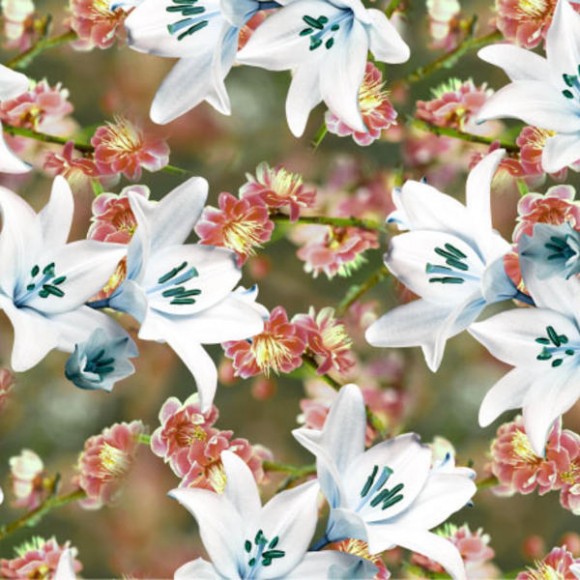 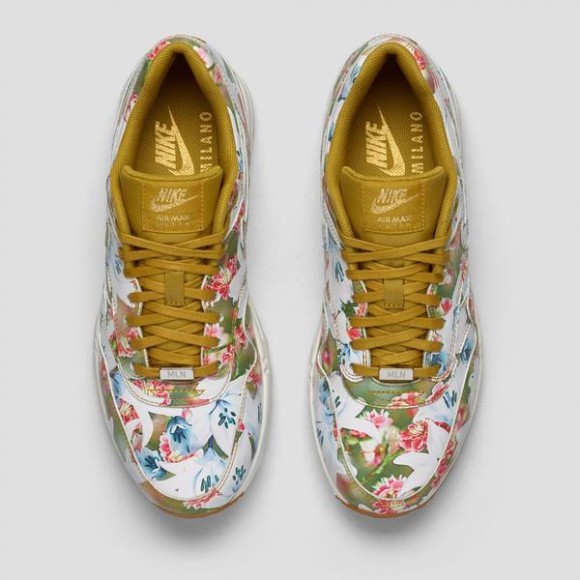 A bleached bronze tone, evocative of the Italian Renaissance, highlights the Milan Air Max 1 Ultra, in contrast with a saturated monochromatic red on the Shanghai version. 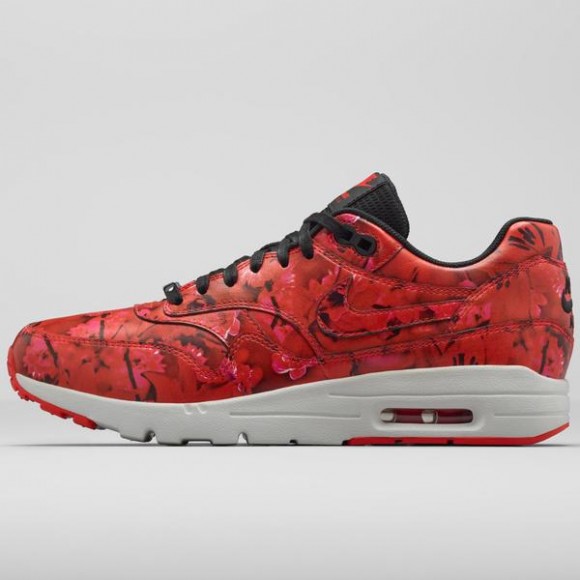 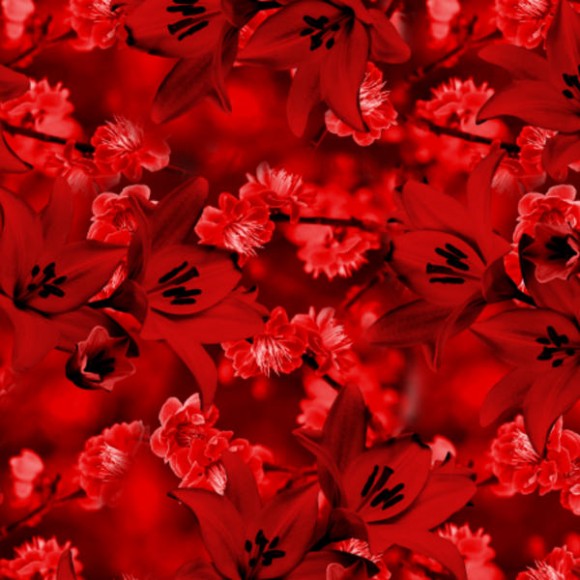 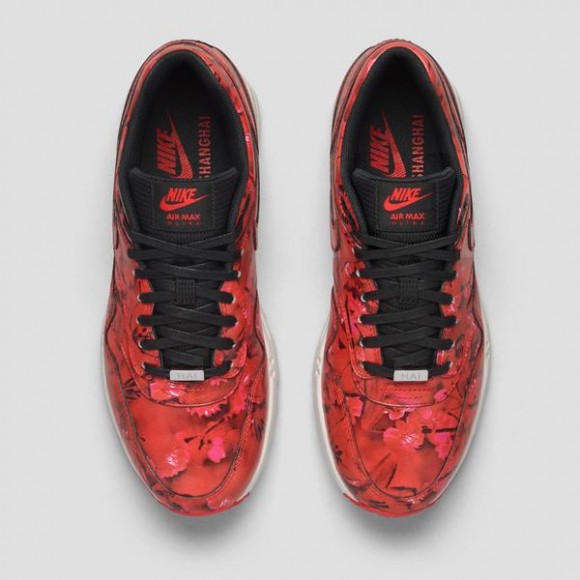