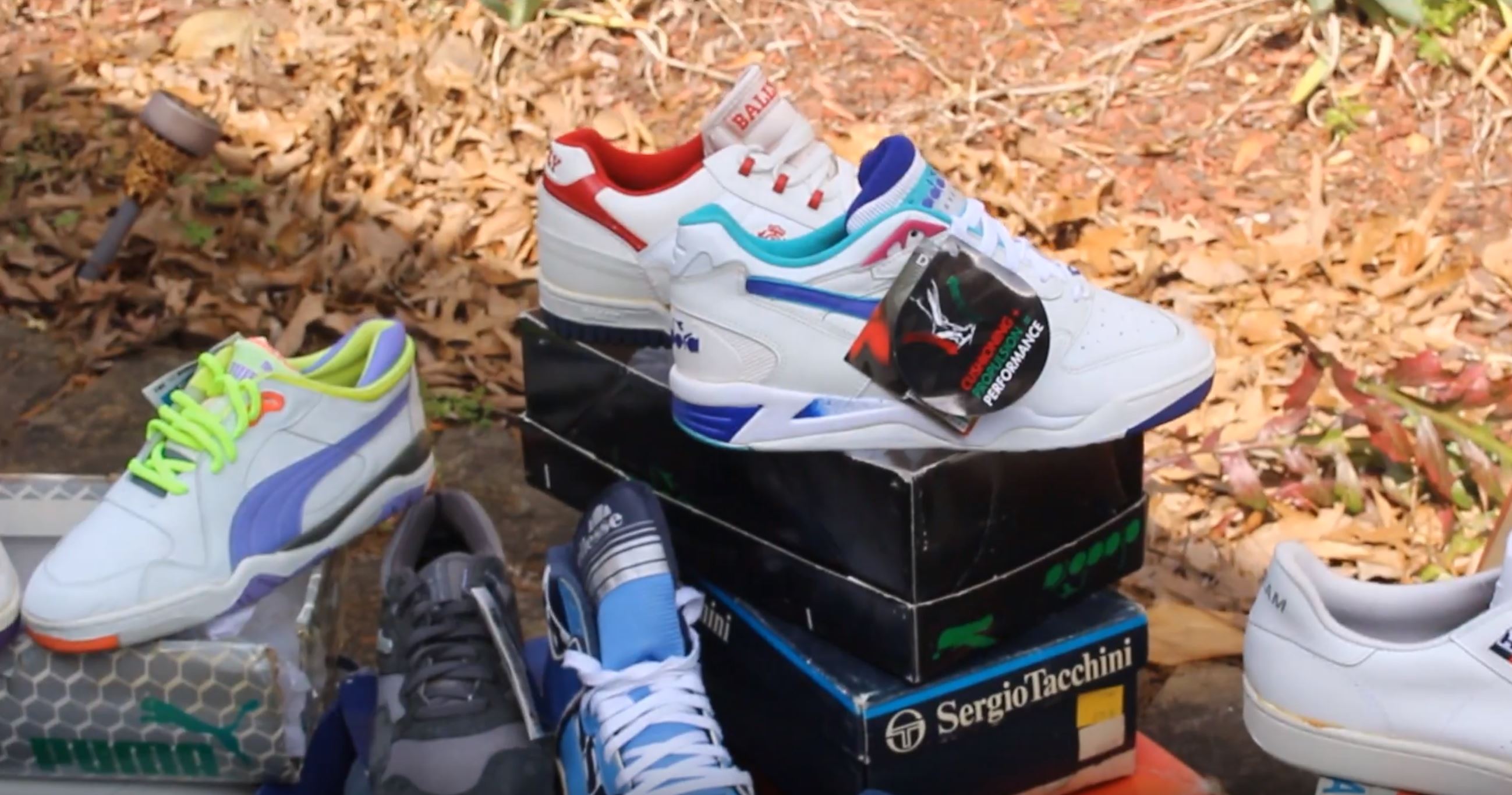 Mr. Khalli Vegas may have one of the best collections of vintage ’80s and ’90s sneakers on the Internets. Recently, he sat down with The Culture to show off some of his sneaker gems and promote his upcoming book No Country For Old Sneakers.

Khalli Vegas’ sneaker obsession took off in about 1985; that year he purchased at least 100 pairs — everything from New Balance Blue Steel 1300’s to Nike Team Conventions. A Brooklyn native, Khalli spent time in the DMV and Italy growing up and witnessed new styles firsthand.

In 2015, I wrote a profile on Khalli for SneakerHistory.com; in it we discussed his sneaker hoarding (his words, not mine), his favorite high tops, and how many brands he has in his collection that even hardcore sneaker enthusiasts may not be familiar with. Back then, we didn’t have video of his collection. Now, some of his most interesting sneakers have been caught on video.

“Initially was going to do a top 100, but time constraints narrowed to 10,” Khalli told WearTesters. “I was eager to show and point out that performance was at the forefront of sneaker designs.”

There was one sneaker Khalli had to show. “The Duratech 670 I showed — those Duratech soles were essentially a six month guarantee that the shoe would hold up playing actually tennis,” he said. “The double action was the coil and release system and again important to release points while serving and powering through shots.”

Check out some vintage sneaker gems in the video below. If you’re into vintage sneakers make sure to leave a comment and follow Khalli on Instagram (@khallivegas).