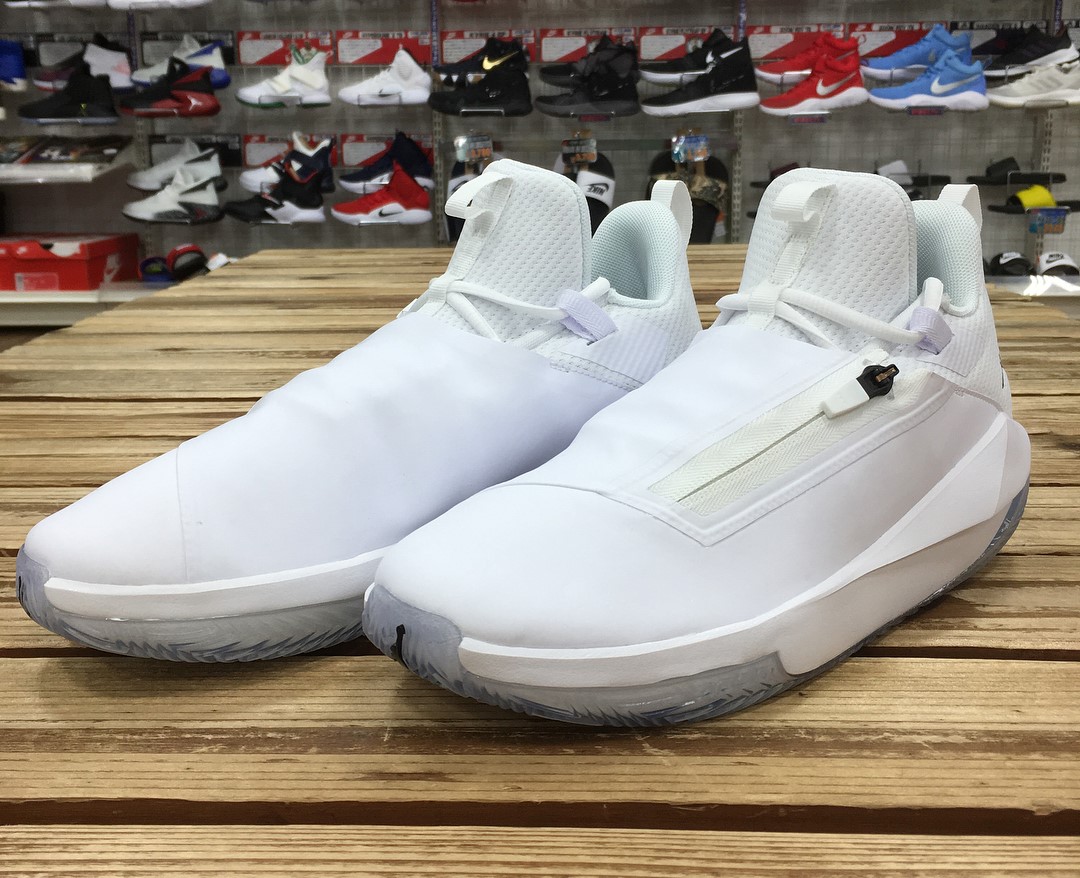 The Jumpman Hustle was first seen on the feet of Jordan Brand athletes Victor Oladipo and Andre Drummond several weeks ago. It comes equipped with a patent leather exterior layer, an interior mesh build, and a zippered midfoot shroud. The shroud covers only the midfoot and should offer compression while a traditional sneaker can be found beneath it.

The Jumpman Hustle features a forefoot Zoom Air unit, according to tech specs listed overseas, which means the heel will feature only Phylon or Cushlon for cushioning. Herringbone traction is used underfoot for full-length tried-and-true traction that doesn’t tell stories. The ‘Triple White’ colorway will feature translucent rubber while the ‘Triple Black’ uses solid rubber.

There is still no official word on when the Jordan Jumpman Hustle will arrive Stateside but several superstar athletes already seem to be loving the shoe. It should retail for around $110 USD when it does come to the States.