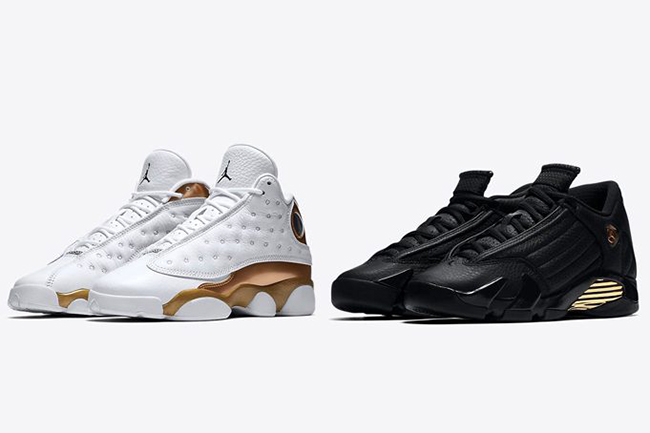 News of a Jordan Brand pack around this time of year may not be surprising for many of you. JB has confirmed that its next big release is the Finals Pack. The last pack release we could count was the Air Jordan 11/29 Pack. The Champaign/Cigar series wasn’t really a pack because it released separately (if you wanted to get technical). 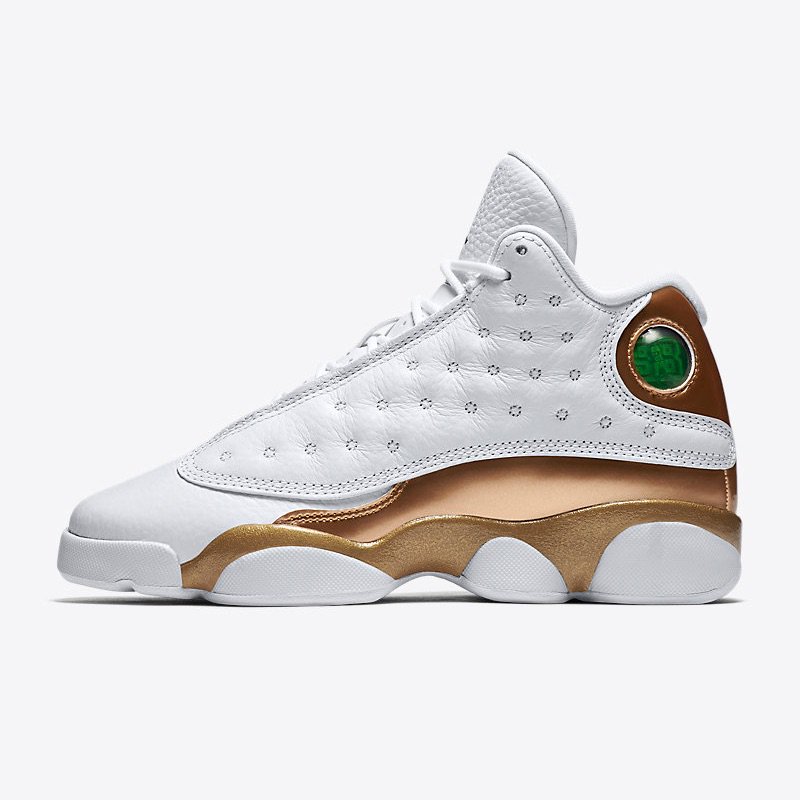 This release pays homage to the GOAT (as if there was any doubt) with the Air Jordan 13 Retro and the Air Jordan 14 Retro. Both shoes were worn during his last go ’round with the Bulls during the ’97-’98 NBA Finals against the Utah Jazz (Byron Russell knows very well).

Jordan had a superb performance in the Air Jordan 13, but he caught a lot of flack for wearing the 14s as they were only a prototype at the time. Jordan wanted to give everyone something to remember so he had then “Brand Jordan” make a few wearable pairs just so he could play in them, knowing he’d be retiring once the Bulls had won (you didn’t think MJ would let the Jazz get away with a W did you?).

Now that you know the history, the Air Jordan 13 of the ‘Finals Pack’ features a leather upper metallic gold synthetic accents along the heel overlay. The gold honors the grand prize: the Larry O’Brien Championship Trophy. The back of the tongues carry a message — from left shoe to right shoe it reads “They Can’t Win,” “Until We Quit.” Another notable detail is the hologram on the back of this AJXIII (13); it usually says 23 with the Jumpman logo, but this pair has the same Jumpman logo with the year ’98 — an homage to the last hoorah (the sixth Championship).

With a yin, there’s a yang. The Air Jordan 14 in the ‘Finals Pack’ utilizes a full black leather upper all around the shoe. The gold accents can be seen on the shank plate and Ferrari-esque Jumpman logo at the midfoot. The rubber backing on the heel pays homage to the year of the sixth Championship with the number 98 (instead of 23).

Both shoes should feature the same forefoot and heel cushioning with a solid rubber and multi-directional herringbone outsole. The XIII and XIV were more than solid performers on-court that still looked great off-court.

Are you finally glad JB is releasing a major pack since the ‘Defining Moments’? Let us know down in the comments. 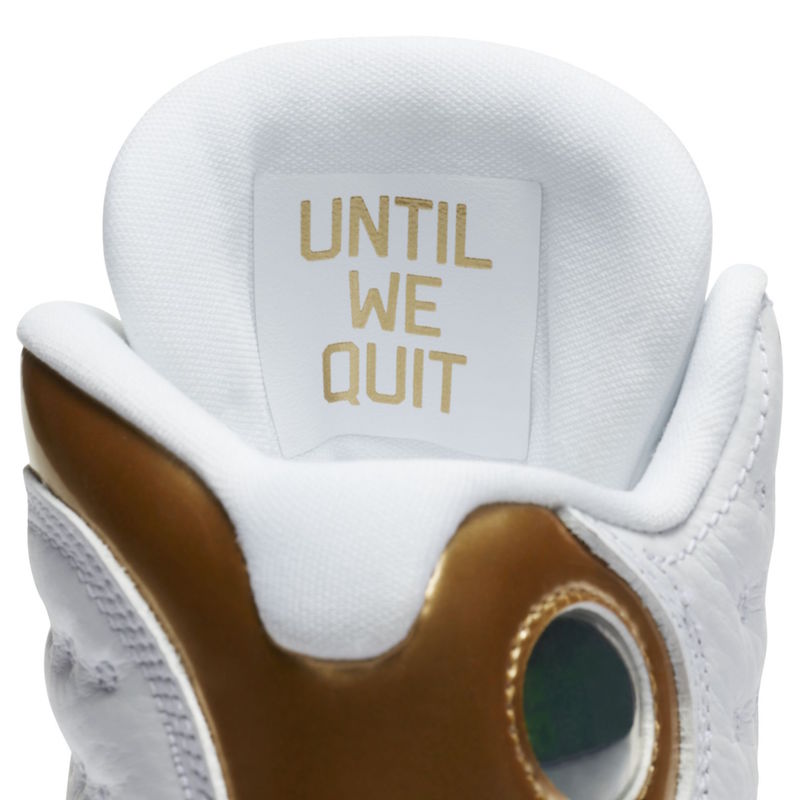 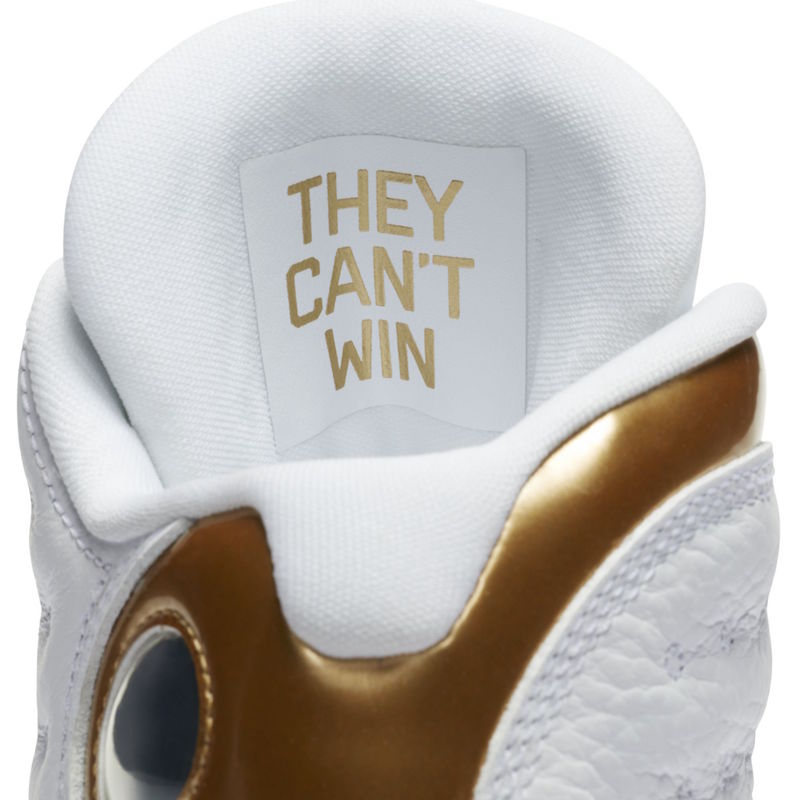 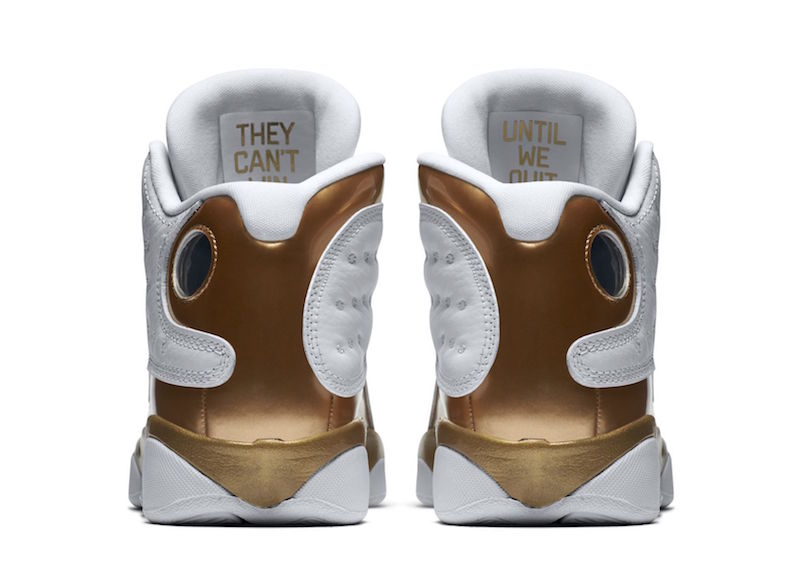 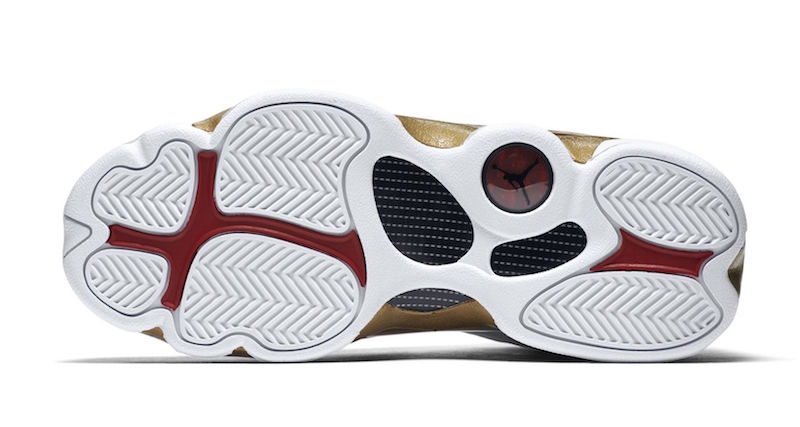 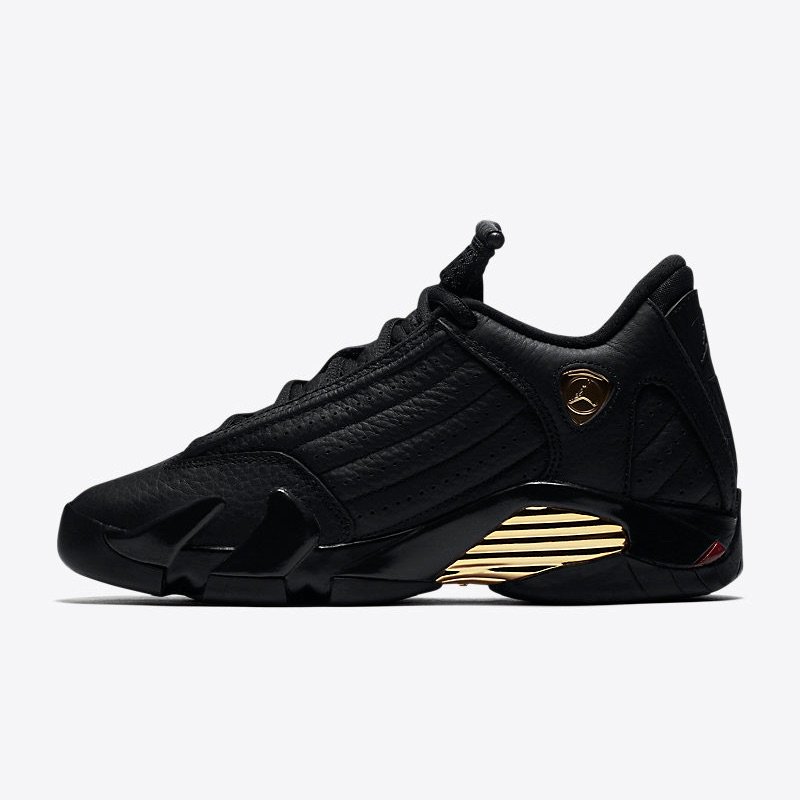 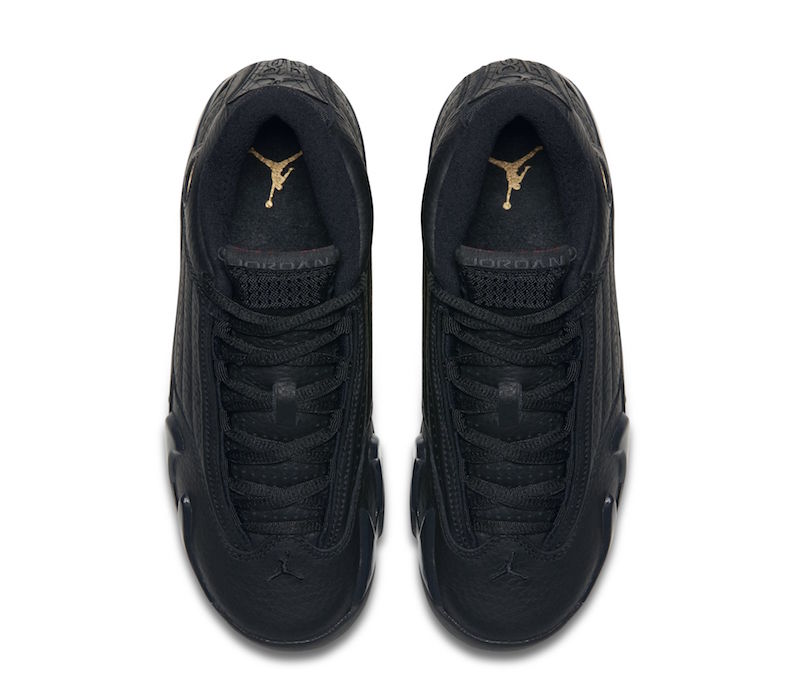 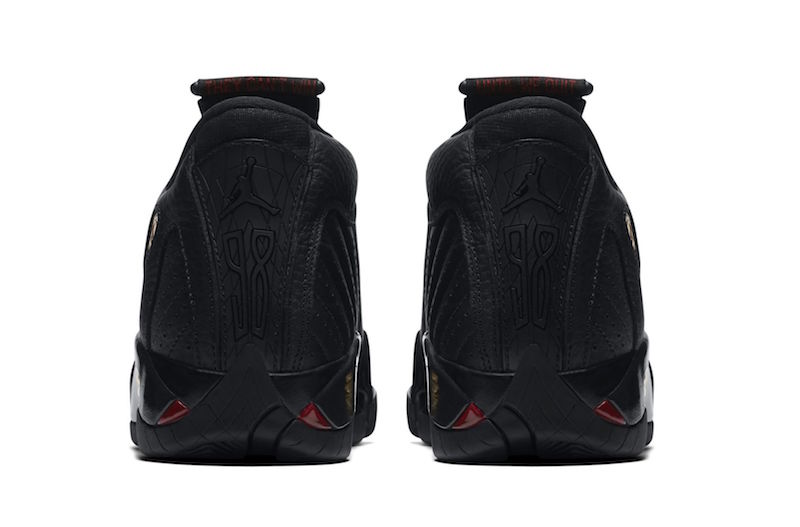 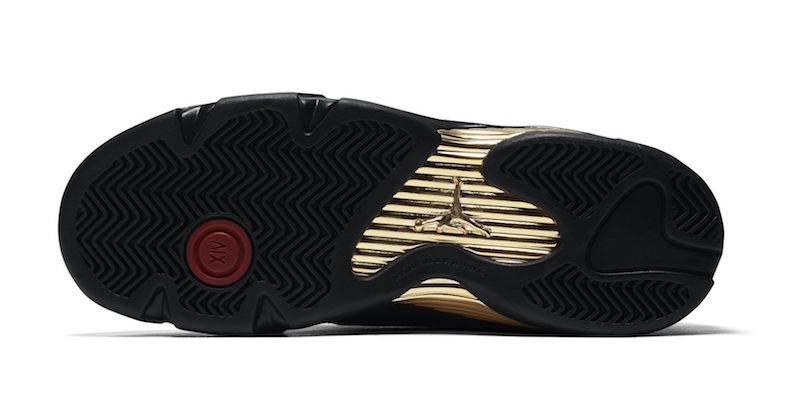 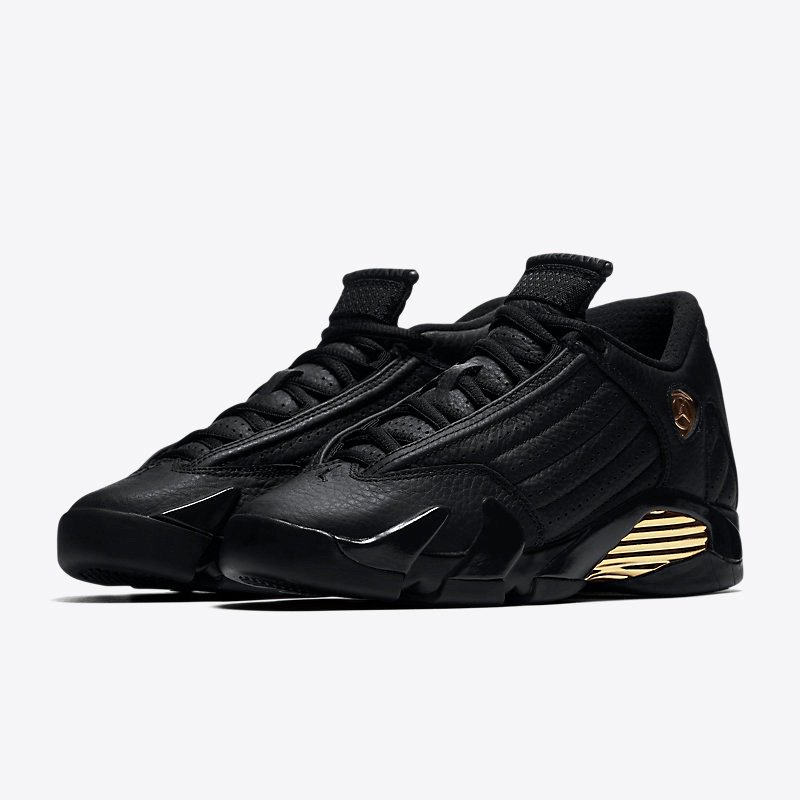 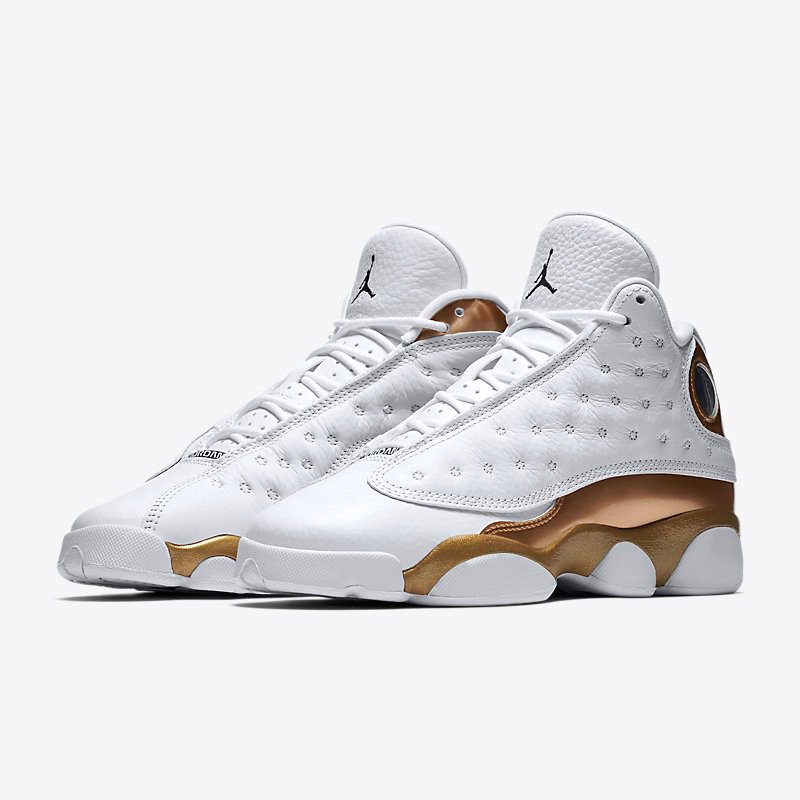 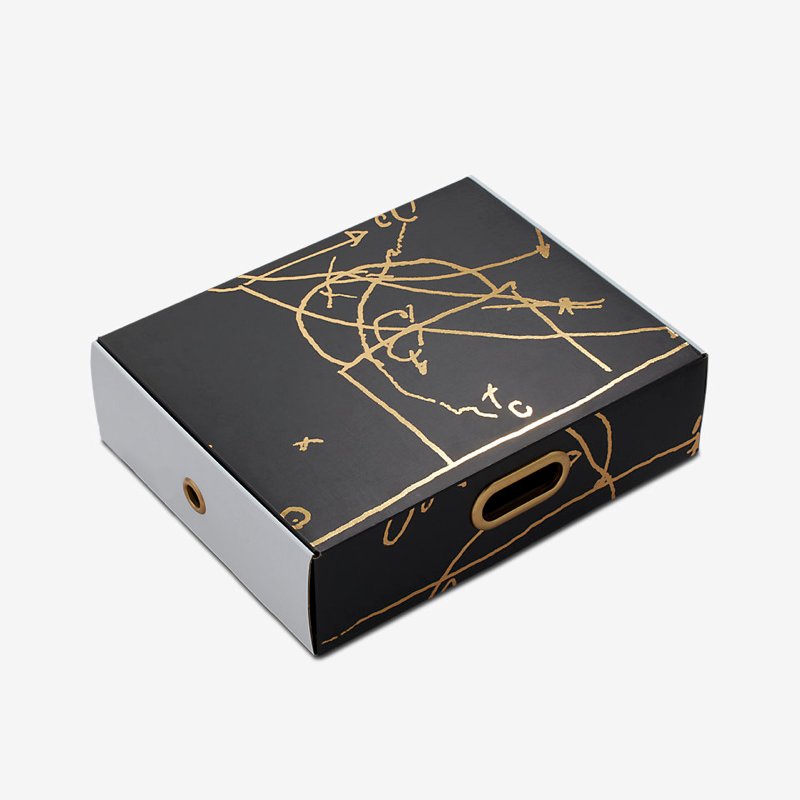