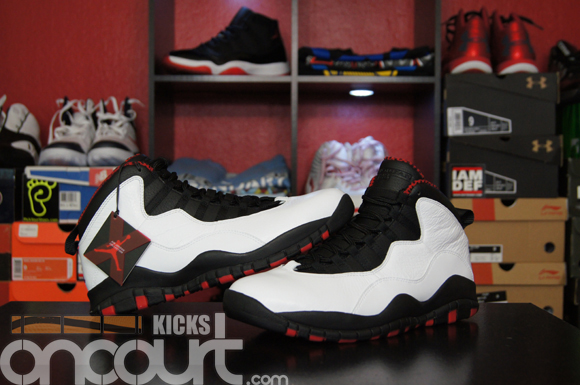 I swear I cried tears of joy that day. 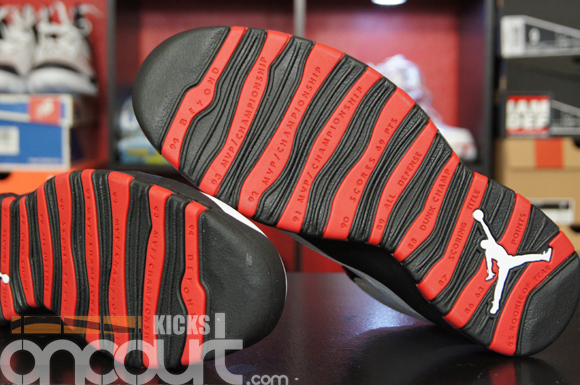 Traction – After dealing with flat surfaced Air Jordan’s multiple times now, I assume these will be just fine. I will say that I think traction will be greater from a front to back standpoint versus lateral movements but there are plenty of flex grooves to compensate for that so court coverage should be adequate no matter what. 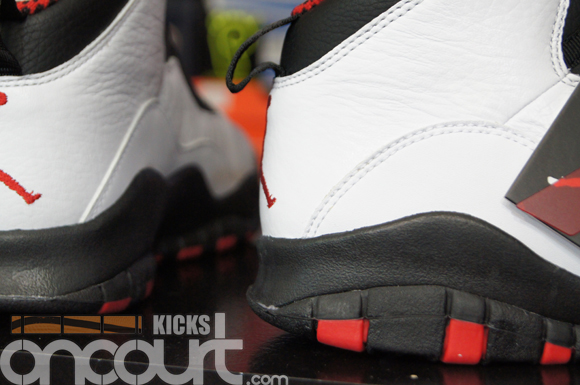 Cushion – Not only is full length Air featured but it’s also the first time Phylon is used for the midsole. From a simple try on they feel a bit stiff but after some on-court break-in time they should be perfectly fine… like walking on Air. 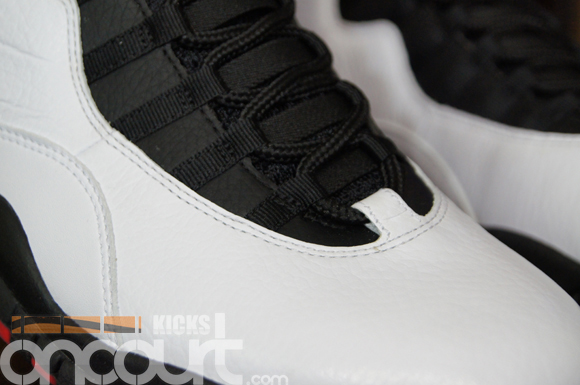 Material – Despite all the complaints from kids that wouldn’t know what quality leather was even if a live cow came up from behind them and mistook their ass cheek for a chunk of grass… the Air Jordan X Retro features a very nice grain of leather along the upper. Both the tumbled and smooth grain leathers are VERY nice and much better than a lot of the Retro products I had been playing in. Break-in time will be required but it will be very minimal compared to the PU coated split grains. 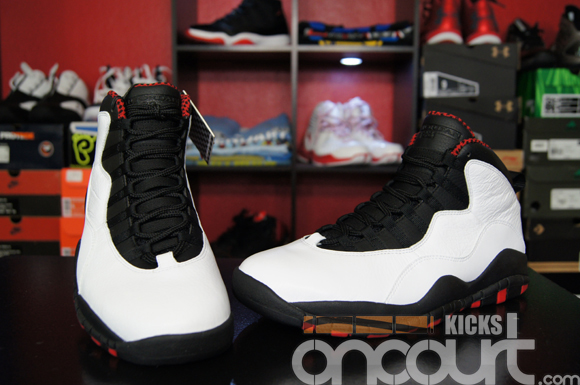 Fit – They fit true to size and feel wonderful. The tumbled leather wraps itself around your foot as if they haven’t seen each other for a few years – which they actually haven’t so go figure. Lacing is a breeze and the bungee strips in place keep the midfoot snug and secure. While the leather won’t retain its shape the way a PU split grain or a synthetic would, I prefer this over any other type of material from a personal standpoint. 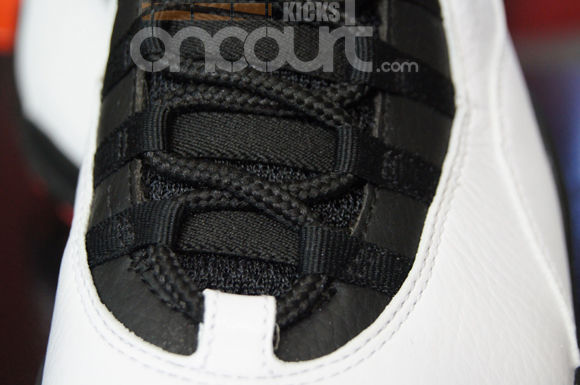 Ventilation – The ventilation is VERY minimal. This won’t help the leather uppers retain their shape but this is something I’m not only aware of but prefer… it just brings me back to the days when you would break-in a pair of kicks and they’d feel like they were made for your foot & your foot only after so many playing hours. Unfortunately, this type of thing that brings the overall score down when the full reviews are available… something many don’t seem to comprehend. It’s just like your GPA on a report card; you may have gotten all A’s but that one C really effected the overall GPA total. That is why some shoes – even though I personally love them – don’t make it onto the Top Ten list. 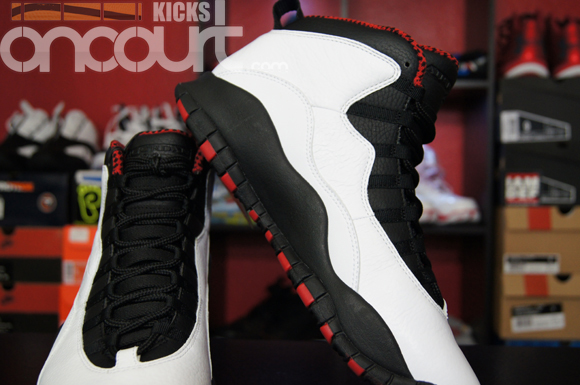 Support – The overall support is pretty minimal as well. After the leather breaks-in the supportive fit will decrease and the molded arch can only do so much. 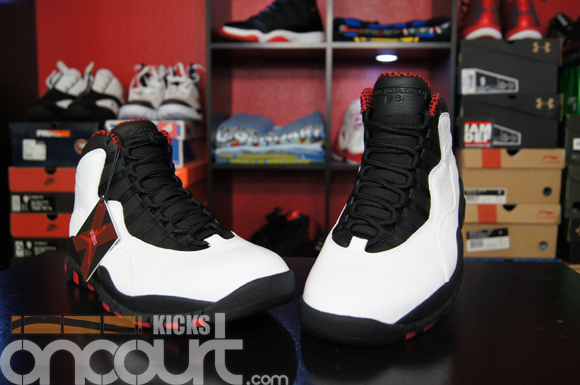 The AJX should play well overall but there is much more to come in the following model… If material quality & craftsmanship is good enough that is. Honestly, after going through 9 different Air Jordan Retro models and finally getting to something more recently release – this pair of X’s released January 2012 – this is one of the best Retro models – if not the best – to have been released from a quality standpoint in a LONG time. Those Air Jordan III’s & IV’s weren’t bad either but these are much more luxurious – in my opinion.