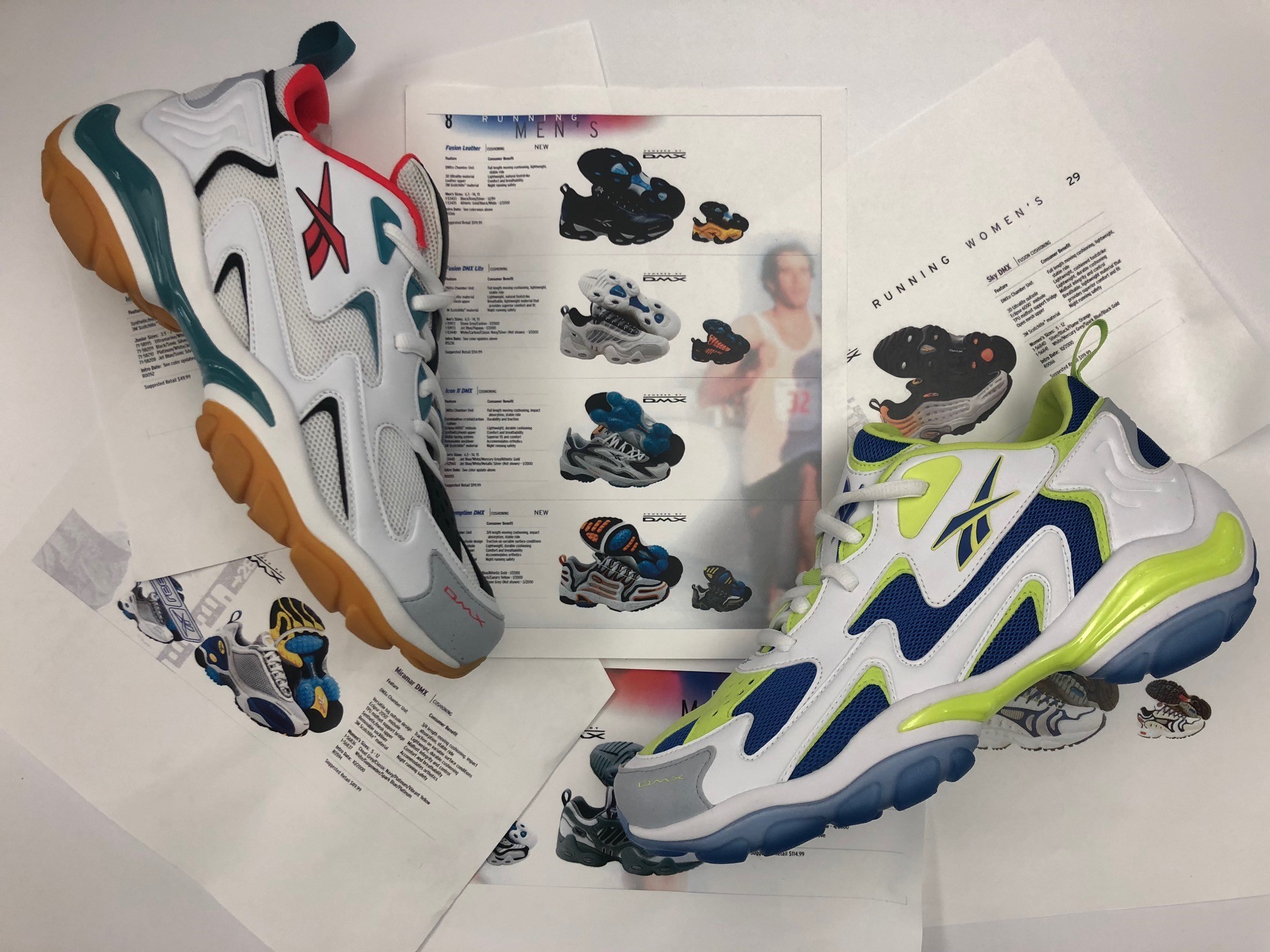 Reebok designer Craig Howard — who WearTesters spoke to about another one of his recent designs, the DMX 1200 — has created another interesting sneaker: the DMX 1600. Here is everything you need to know.

“The goal was to celebrate our [Reebok’s] archive but do it in a new way,” Howard told WearTesters. “It has a DMX bladder for tech specs” continued Howard, so it should be comfortable.

Like the DMX 1200, the DMX 1600 flaunts aggressive lines, a bold look, and Reebok’s recently resurrected full-length DMX moving air technology. Inspired by the ’90s — perhaps the best time ever for Reebok’s design department — the DMX 1600 will come in a variety of interesting colorways…although it hasn’t arrived Stateside yet (and Reebok has made no mention of when that will be).

“In designing it I wanted the shoe to have motion,” Howard told WearTesters. “I wanted to create a wavy, flowing upper — similar to how Reebok used to create product in the ’90s.”

Unlike the DMX 1200, the DMX 1600 features lots of leather with synthetics sprinkled in. It also plays with the overlays and underlays more than the DMX 1200, an effort to give it a vibrant and dynamic look. Moreover, the DMX 1600 rides atop the tooling debuted on the DMX Series 2000, which was designed by Xavier Jones.

There is still no word on when the DMX 1600 will make its way to the U.S. but the shoe is already available in several regions overseas. Let us know what you think about the latest in Reebok’s DMX series in the comments below.

I hope all this hard work PAYS off, another design out, in stores Soon