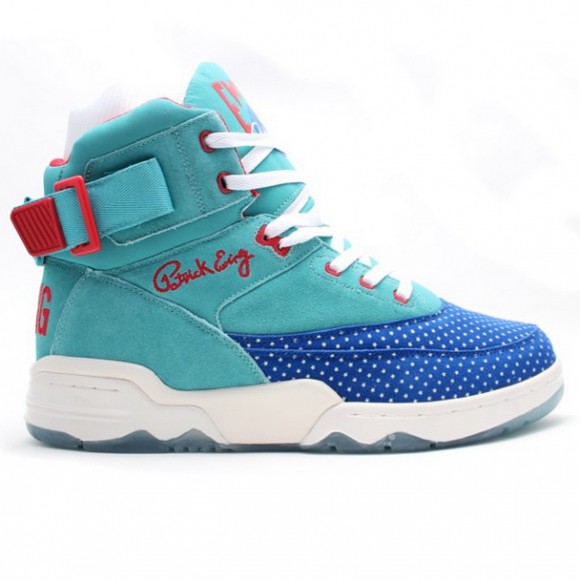 Many people ignored Ewing in 2013 and 2014 when they rebooted a bunch of their most classic silhouettes. And while Ewing may not produce the highest quality shoes ever made, at their price points of right above $100 (usually retailing at around $110 USD) I think it’s great bang for your buck. Often most colorways go on sale; I’ve been able to pick up many of my Ewing favorites for way under $100. What I’m saying is Ewing is a great brand to have around because they are releasing sneakers that are part of history at affordable prices.

Featuring a teal nubuck upper with red complimentary hits on the strap, eyelets, and branding and a forefoot that flaunts a deep blue base with stars all over it, this 33 Hi definitely makes a visual statement. The icy bottoms, white guts and midsole, and blue basketball on the tongue celebrate the 25th anniversary of the 33 Hi model and the 1990 All-Star game in which Patrick Ewing was the Eastern Conference’s starting center. The Ewing Athletics 33 Hi ‘All Star’ also makes another statement: Ewing is giving fans of Patrick Ewing, fans of the game of basketball, and fans of the model something to enjoy. Ewing knows that they’re doing.

There is no release information yet for the Ewing Athletics 33 Hi ‘All Star’ but they will most certainly drop right around or during All-Star Weekend 2015. Thoughts on this historical and very interesting looking Ewing 33 Hi? Let us know in the comments below. 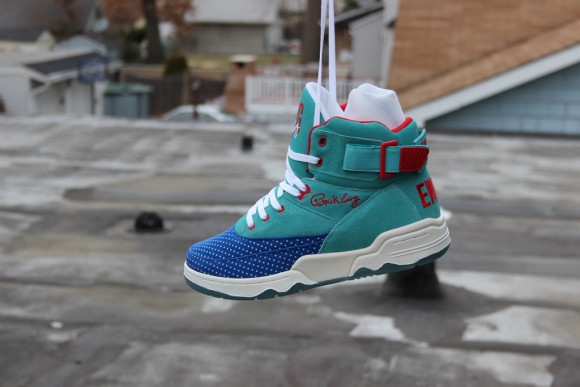 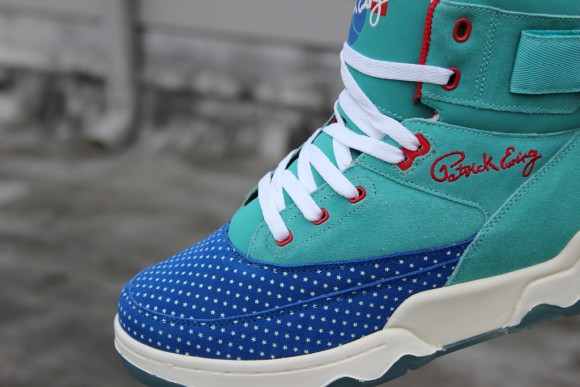 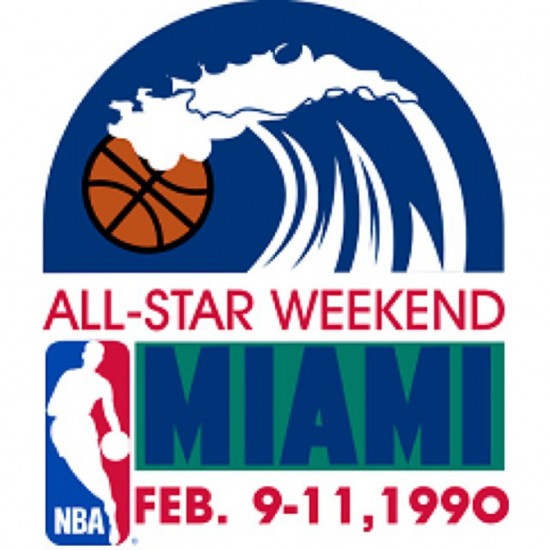