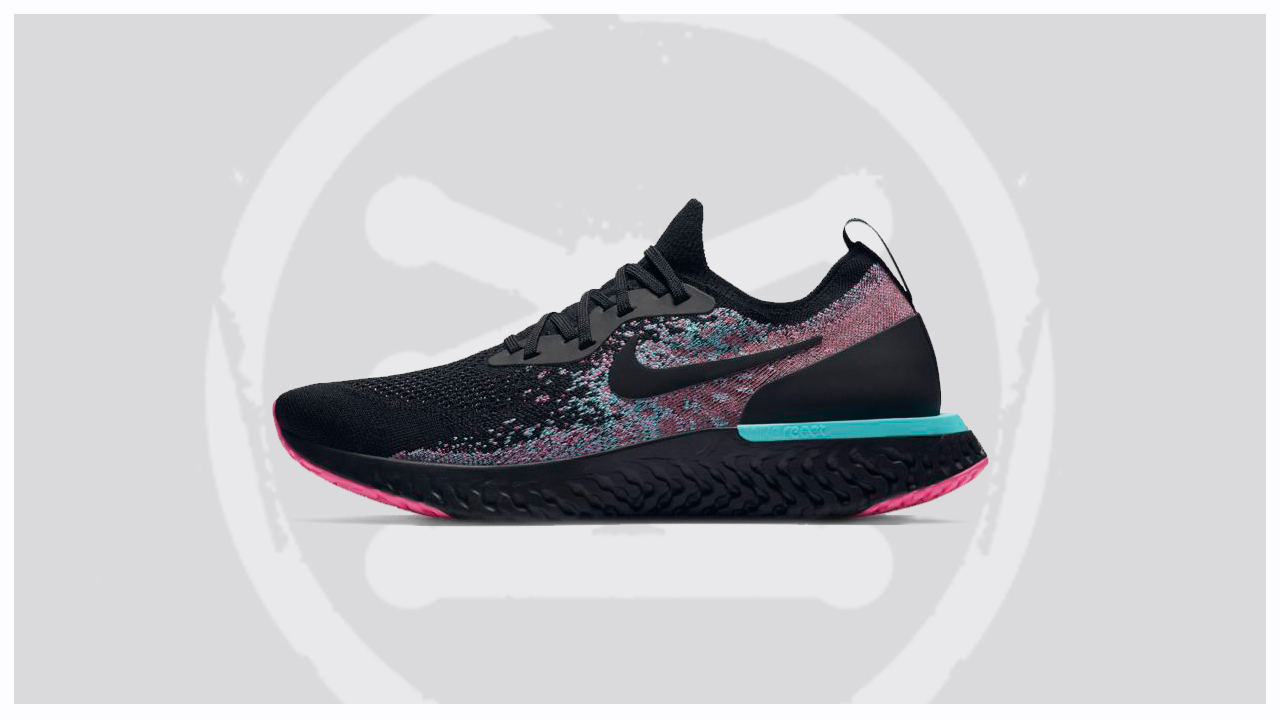 Starting with a newly available colorway, this Epic React sports a very Vice/South Beach vibe primarily dressed in black with multicolor hits of Hyper Jade and Laser Fuchsia throughout the Flyknit Upper. More Hyper Jade is featured on the heel stability plate along with the TPU heel counter’s letter block while Laser Fuchsia covers the heel and toe rubber outsole segments. 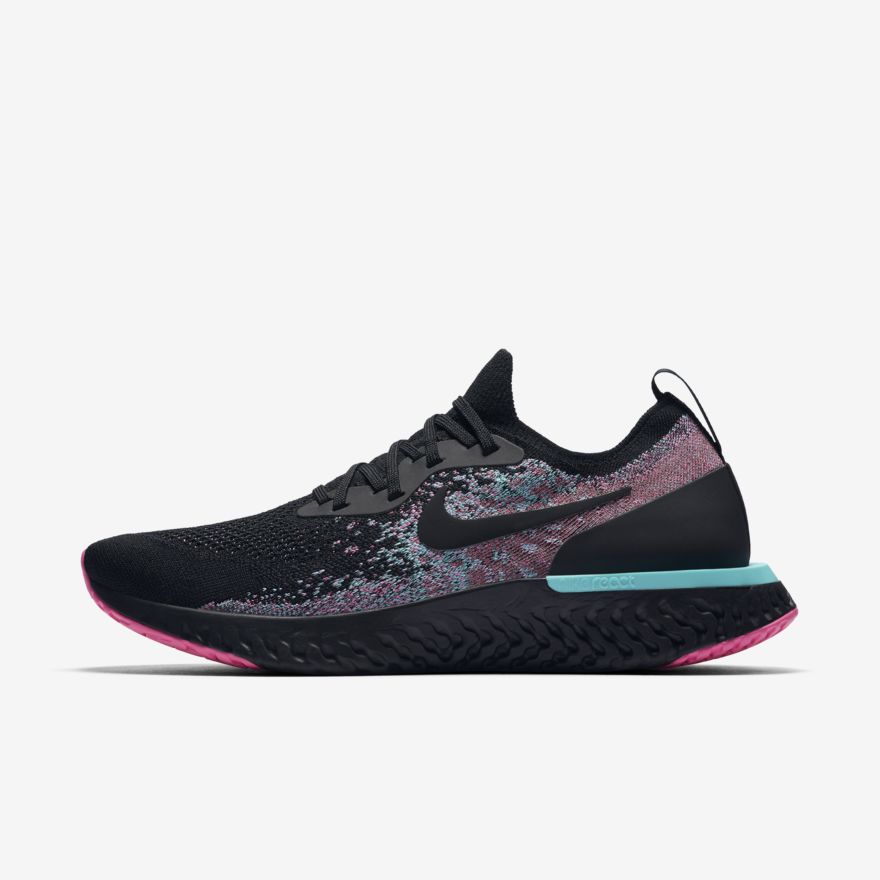 Nike is not stopping there either. Official images have leaked for two more Epic React colorways, both featuring multicolor knit by way of differing patterns. The first, what may be listed as Black/Black-Volt-Blue Glow features a familiar multicolor Flyknit pattern from Nike on the upper atop a blacked out React midsole along with more accenting throughout. A second colorway leak comes in Mink Brown/Black-Total Orange-Racer Blue with a nice fade pattern throughout the upper where the Orange and Blue provide a unique contrast to the overall earth tones of the sneaker. 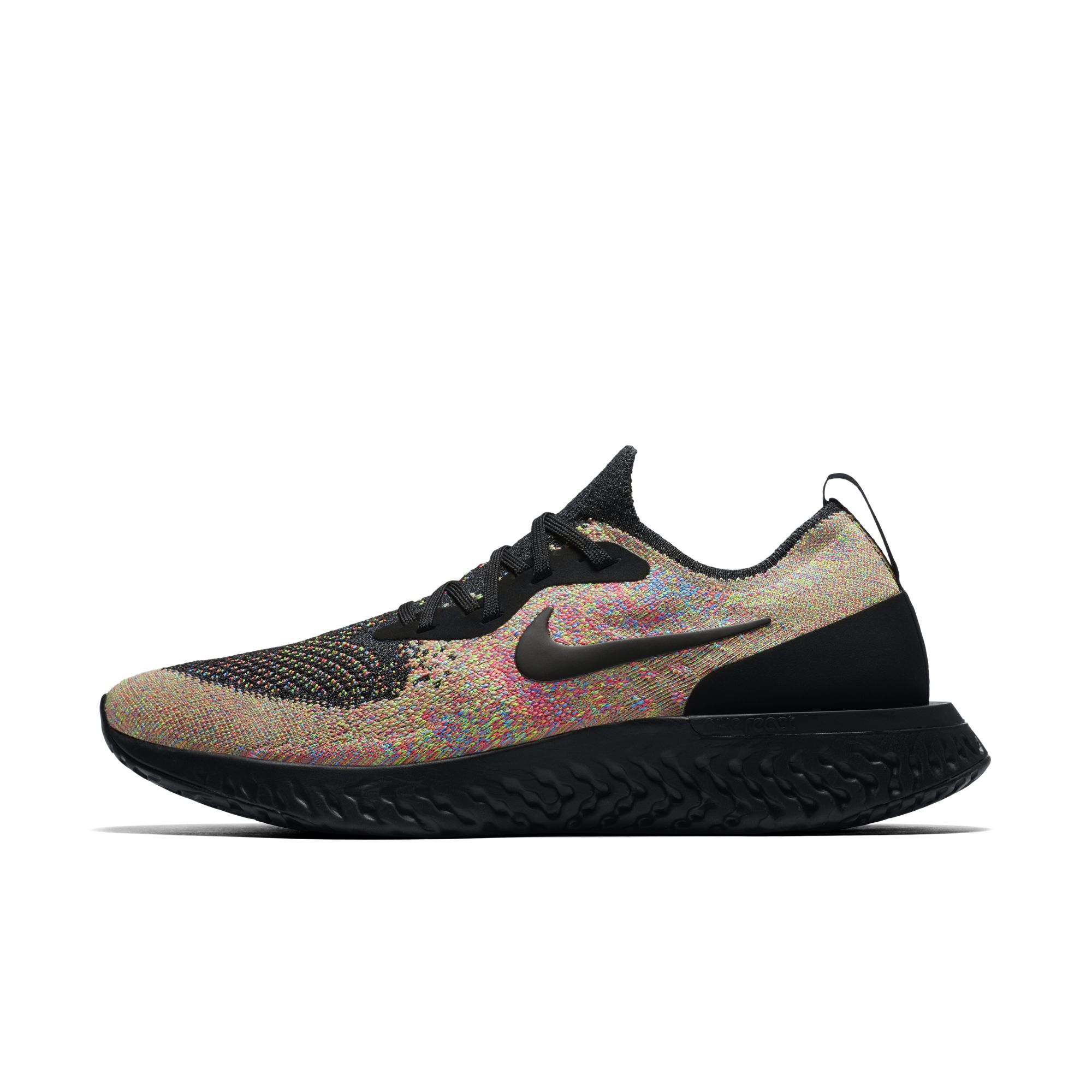 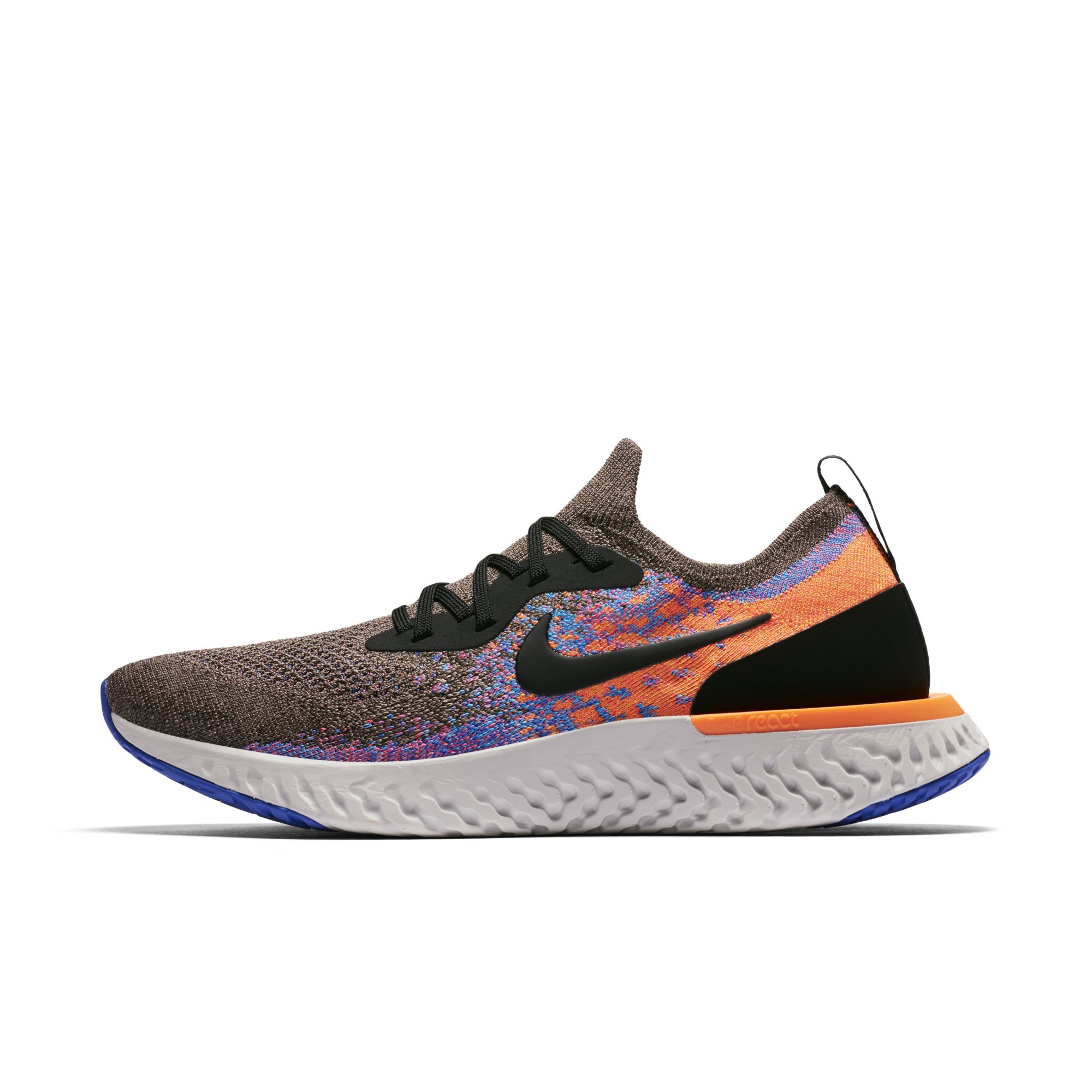 The Black/Hyper Jade/Laser Fuchsia/Black Nike Epic React Flyknit is now available at Nike.com for $150 while the other two leaked colorways may become available on December 12 at what we must assume will be the same standard price. 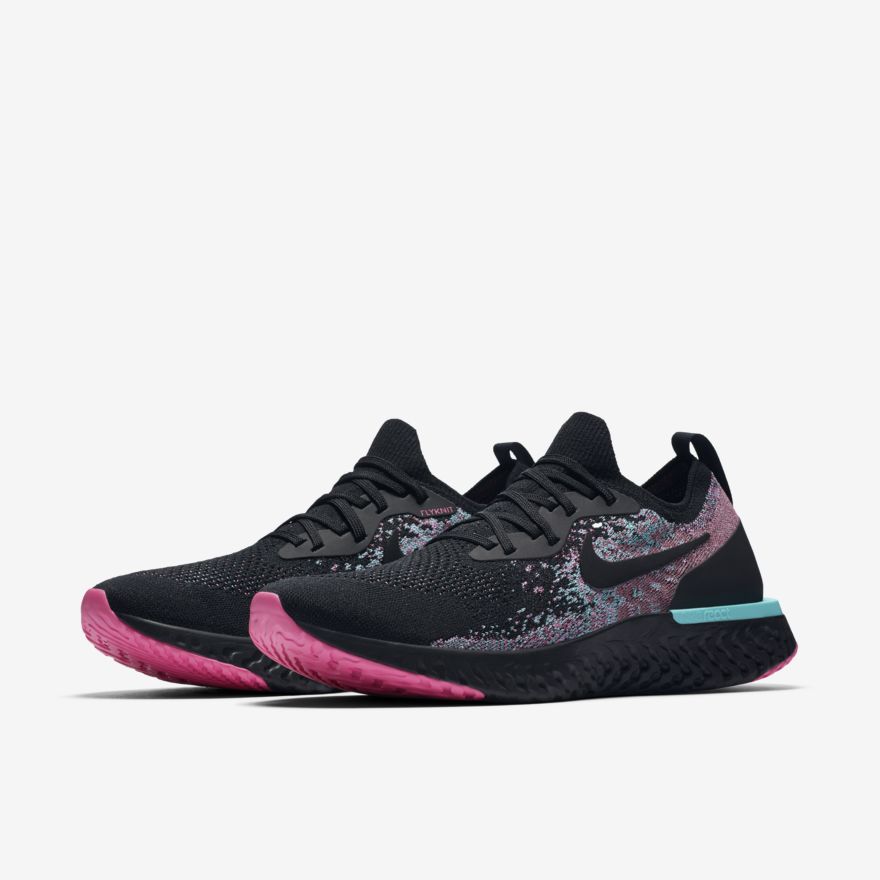 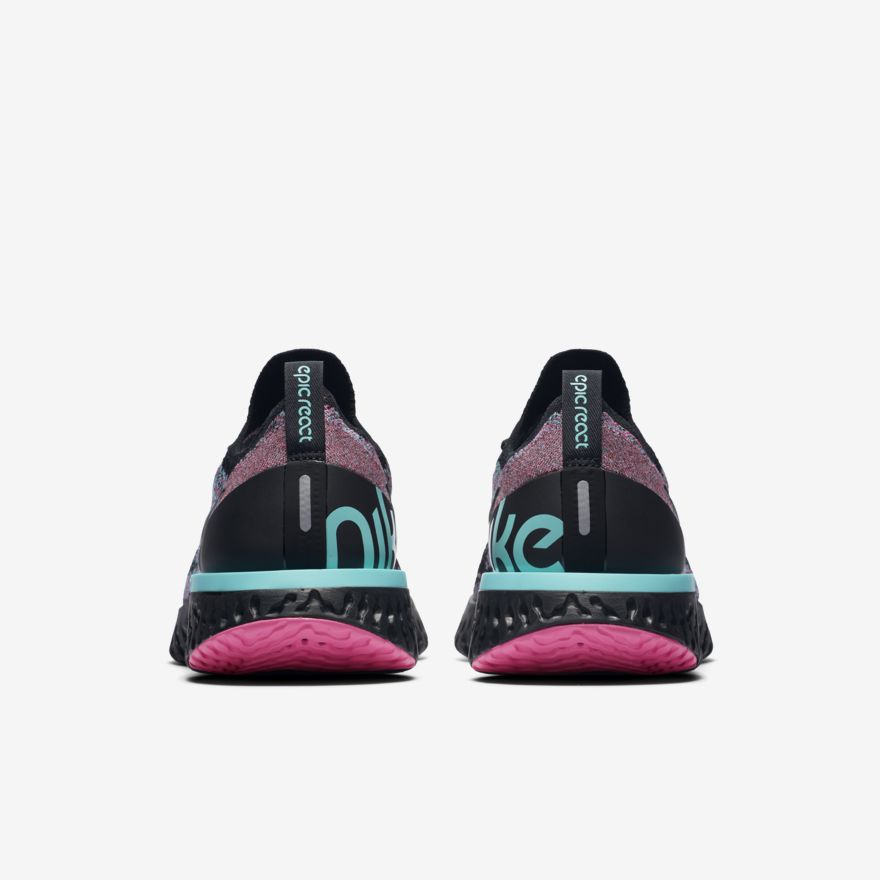 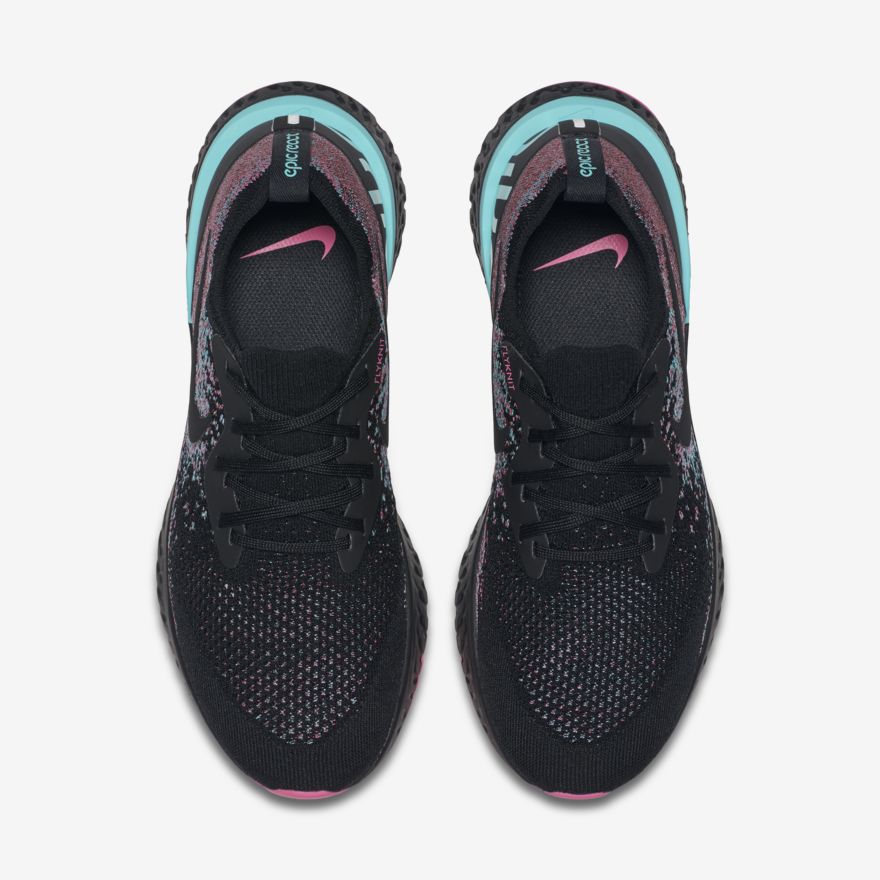 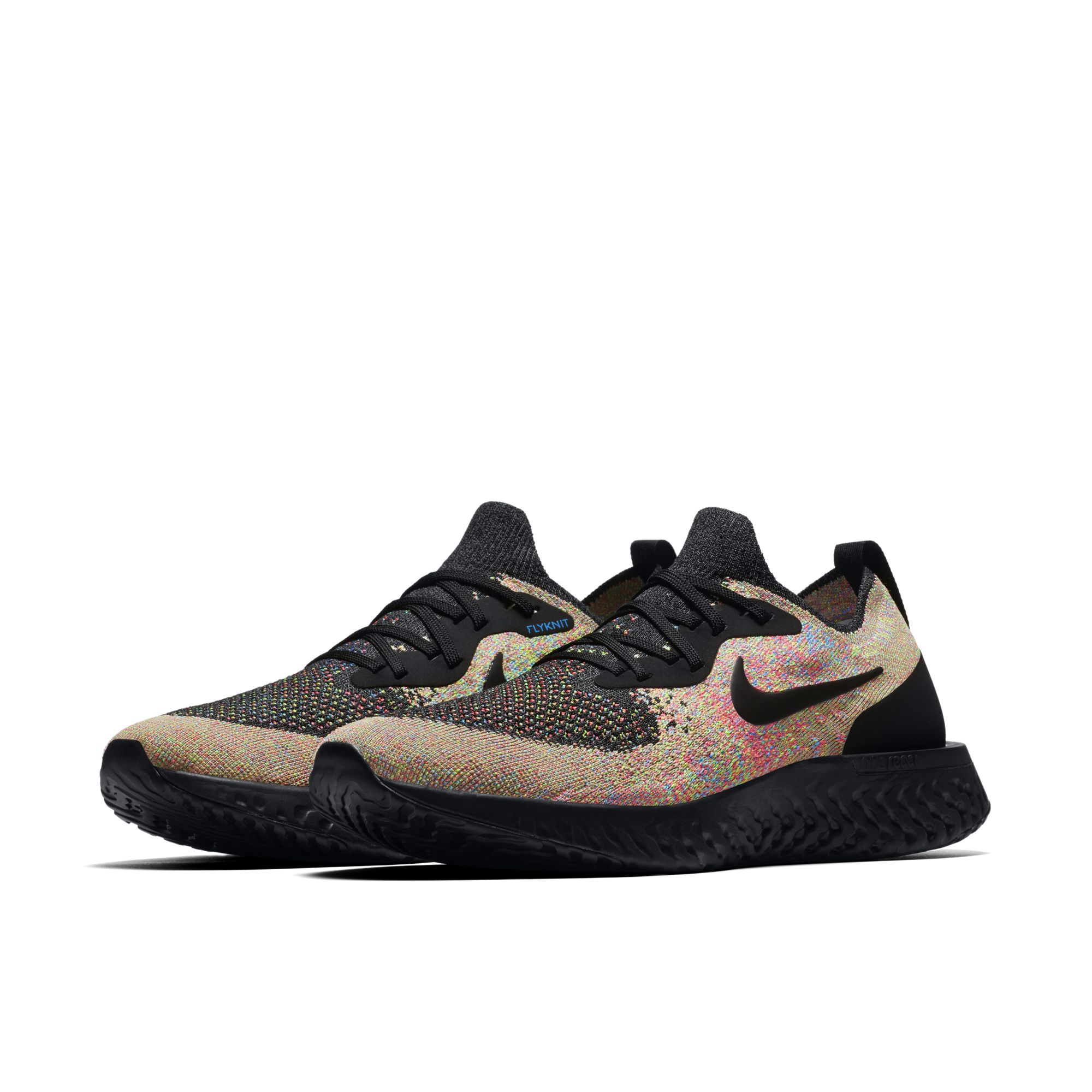 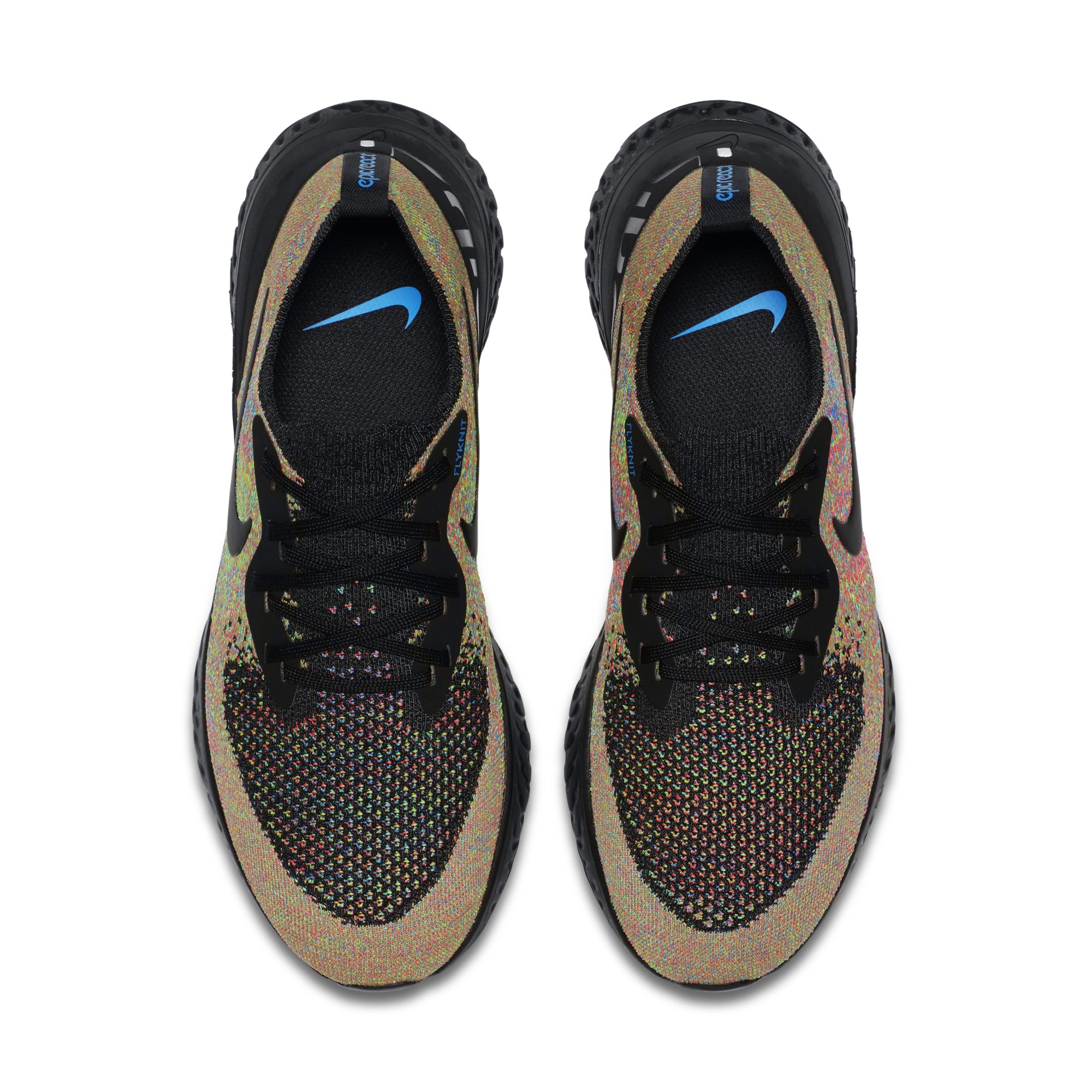 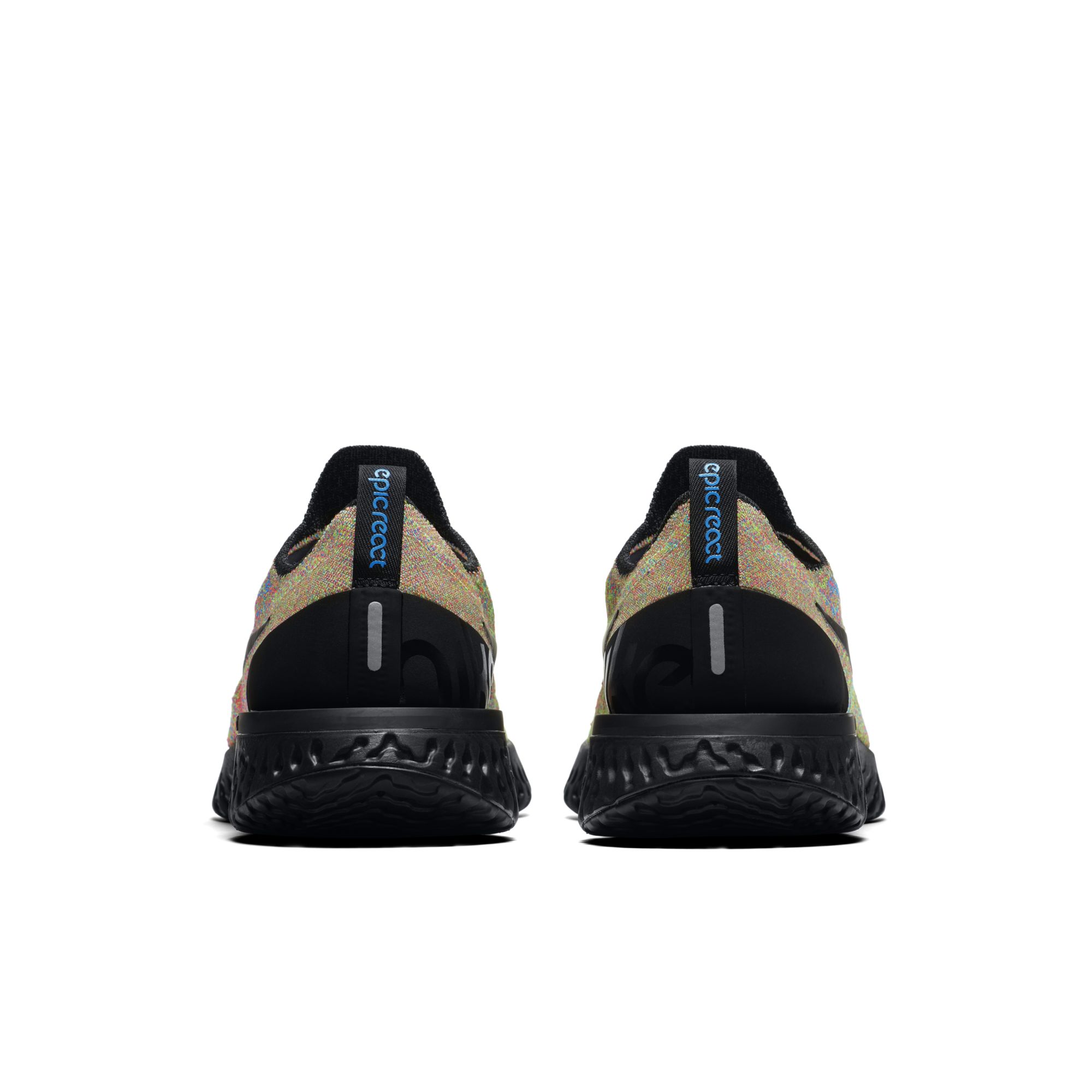 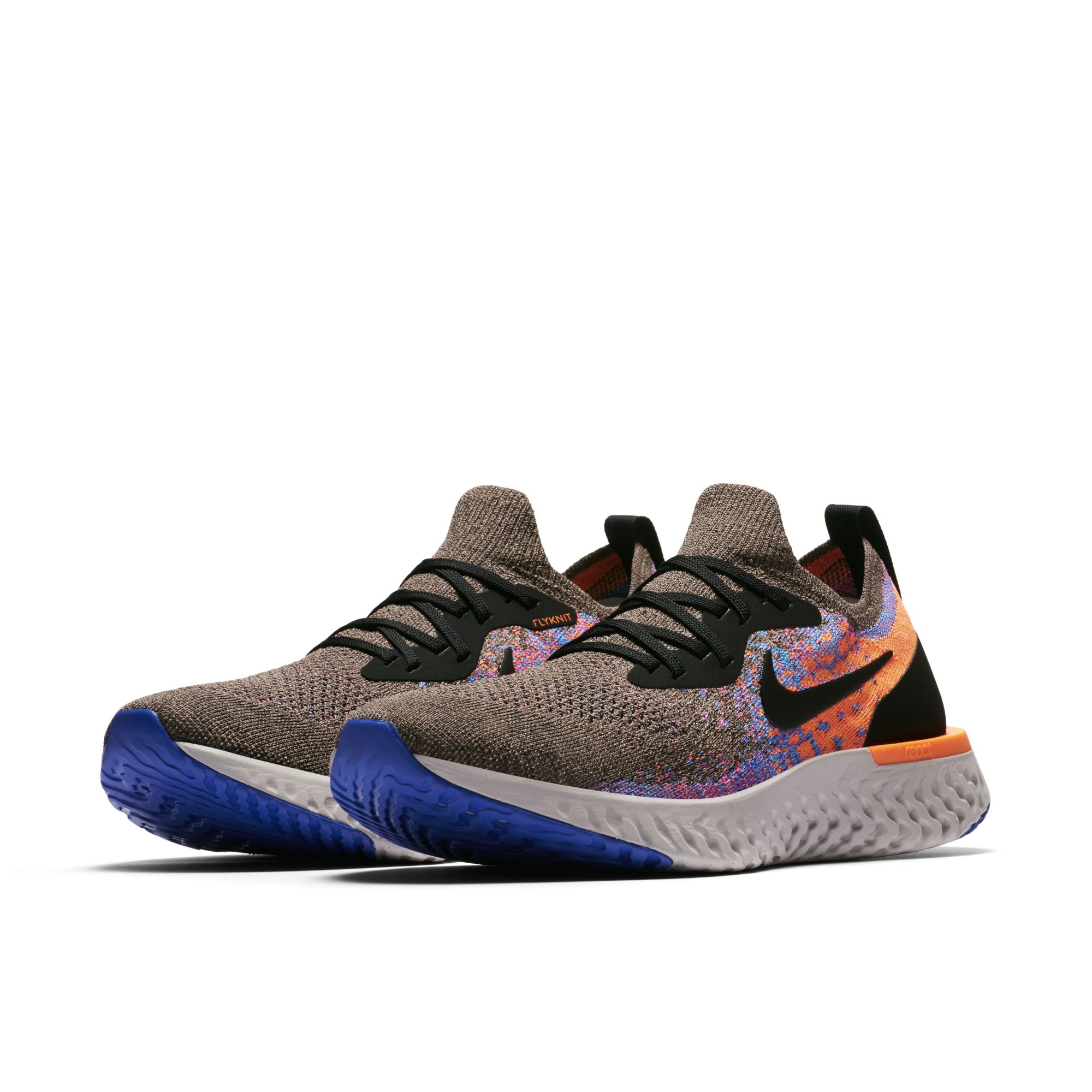 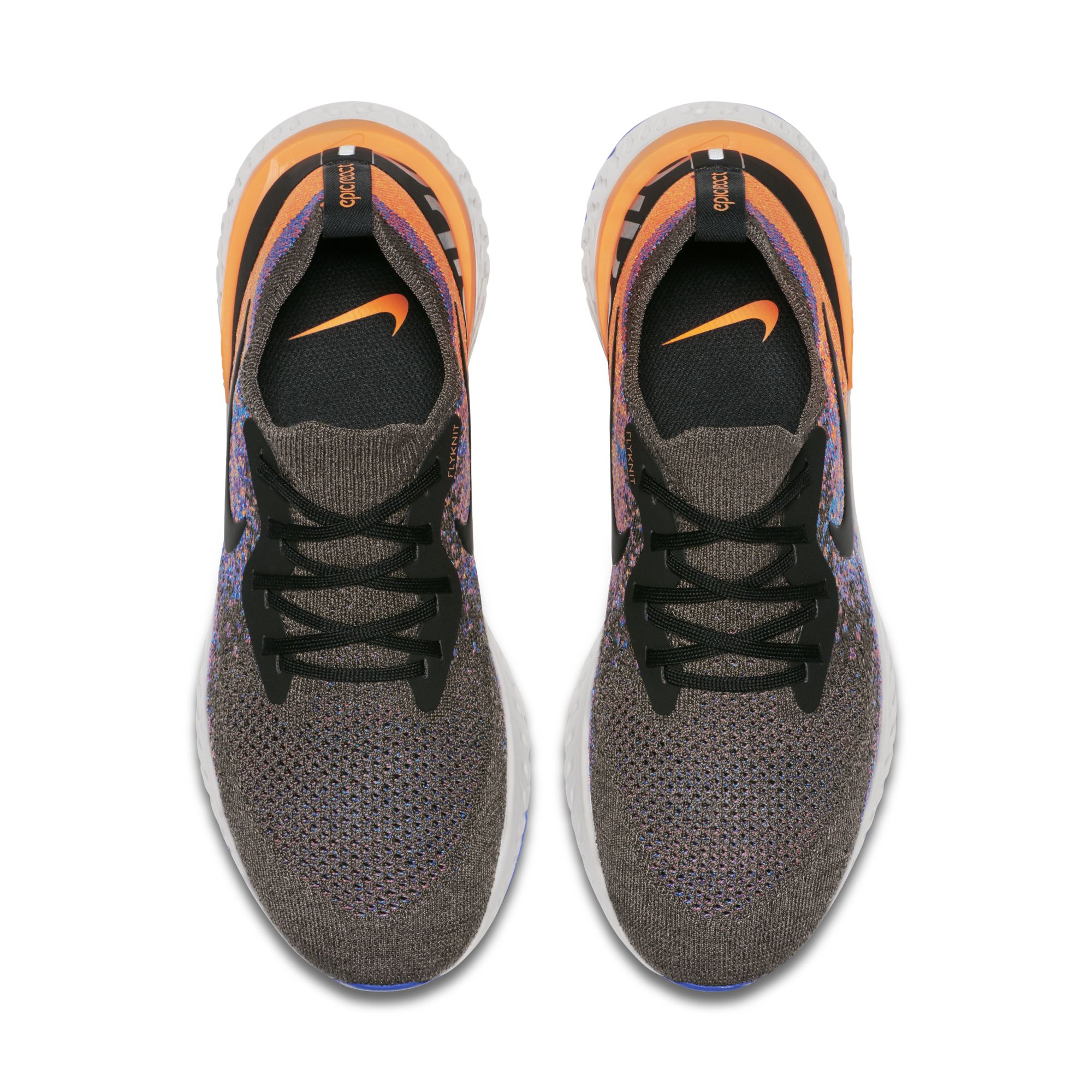 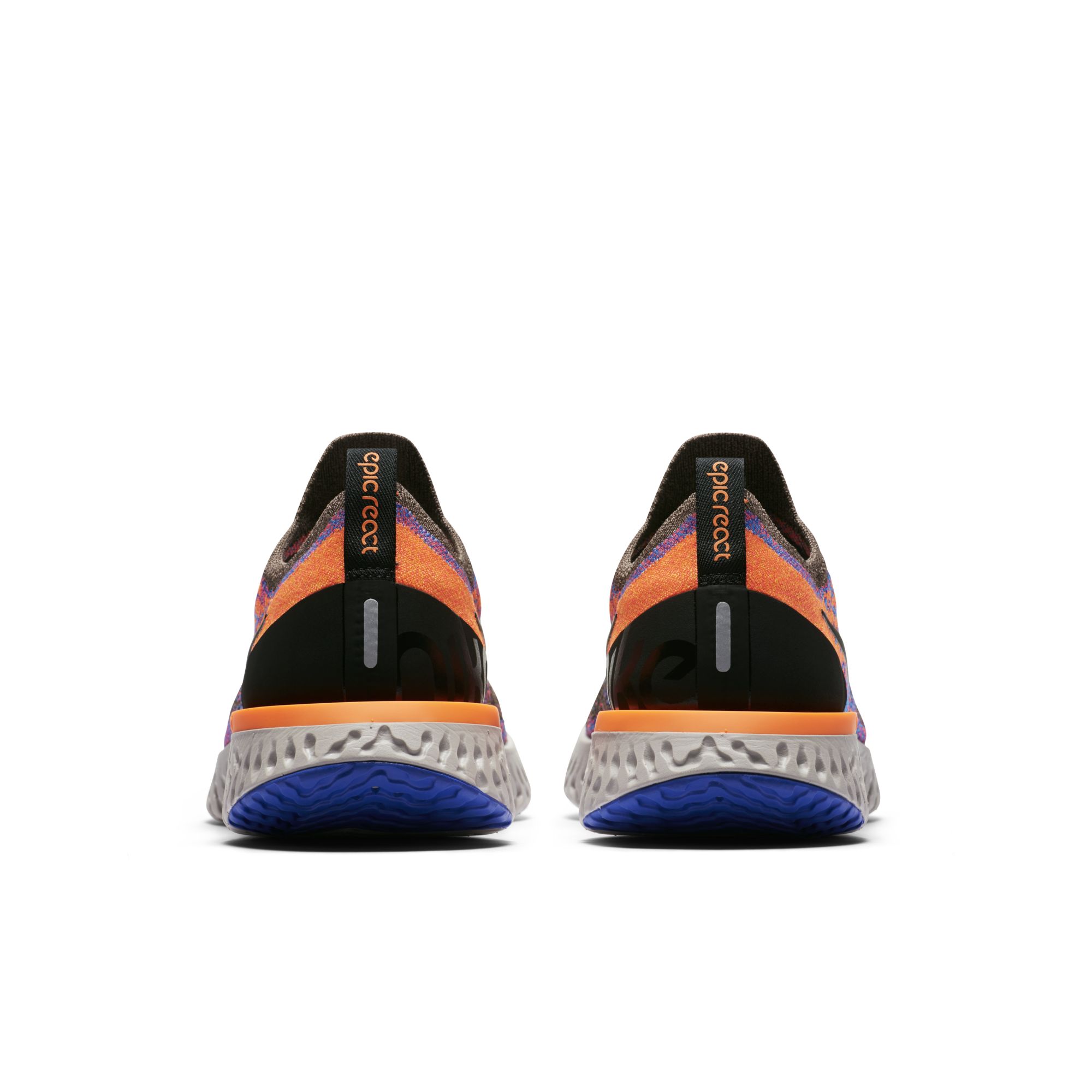