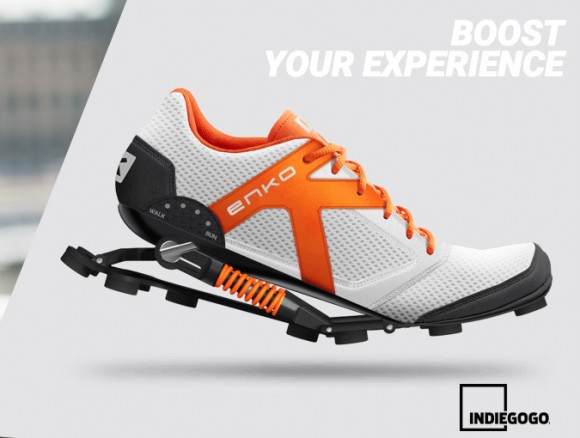 It looks like there may be a new kid on the block when it comes to running shoes. Enko Running Shoes have a build in shock absorption system to lessen the blow running has on a person’s body. The designer and developer of Enko Running Shoes, Christian Freschi, has been a runner for many years and run many thousands of kilometers competitively. The idea for Enko came to Freschi when he realized, after passing age 40, that all the running shoes on the market did the same thing and did not offer enough shock absorption for his body. He also owns an aeronautical design and production company. After 12 years of developing this running shoe, he finally has the shoe’s design patented. Now, all he needs is the capitol.

Enko is a joint effort between France and Italy. The shoe was developed in the south of France on a nature reserve. Using their “high-performance engineering facilities” the shoe was fully designed and engineered in Toulouse. However, production is split between the two European nations as the mechanical unit of the shoe is made in France while the shoe itself will be produced in northern Italy.

Now for the shoe: the Enko Running shoe features two soles and a design meant to avoid injuries. The shoe is adjusted to the wearers weight and whether the wearer is a pronator or supinator. The upper will be made of a light breathable mesh to keep weight down. The shoe will be available in five different colorways. Check out the tech specs and video below for more information. 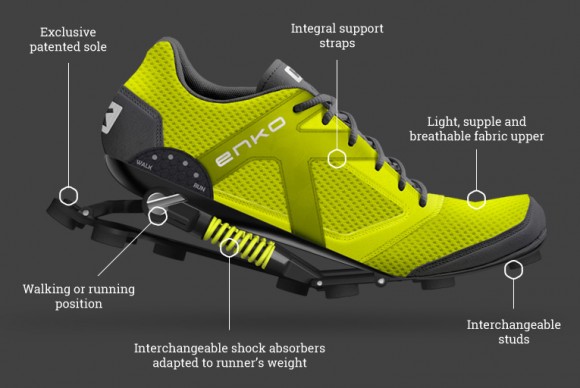 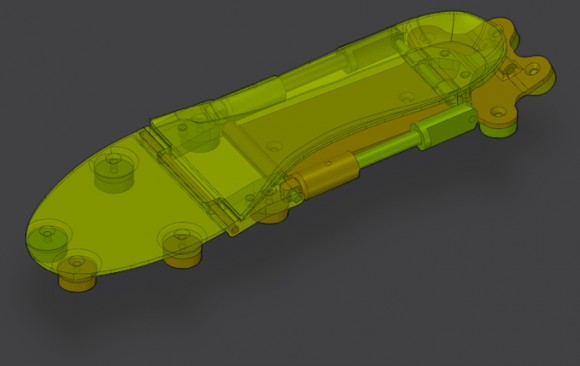 You can check out the Enko Running Shoes IndieGoGo here. So far, of their $50,000 goal, they have raised a little over $4,000. The donation amount to receive a pair of the shoes is $390 and delivery is estimated for August 2015. Below is a short interview with Christian Freschi detailing the inspiration, manufacturing process, and current situation of Enko Running Shoes. As usual, share your thoughts in the comments below. 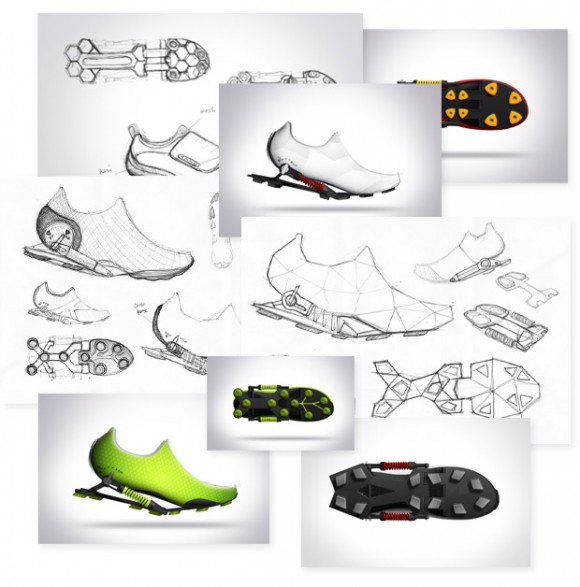