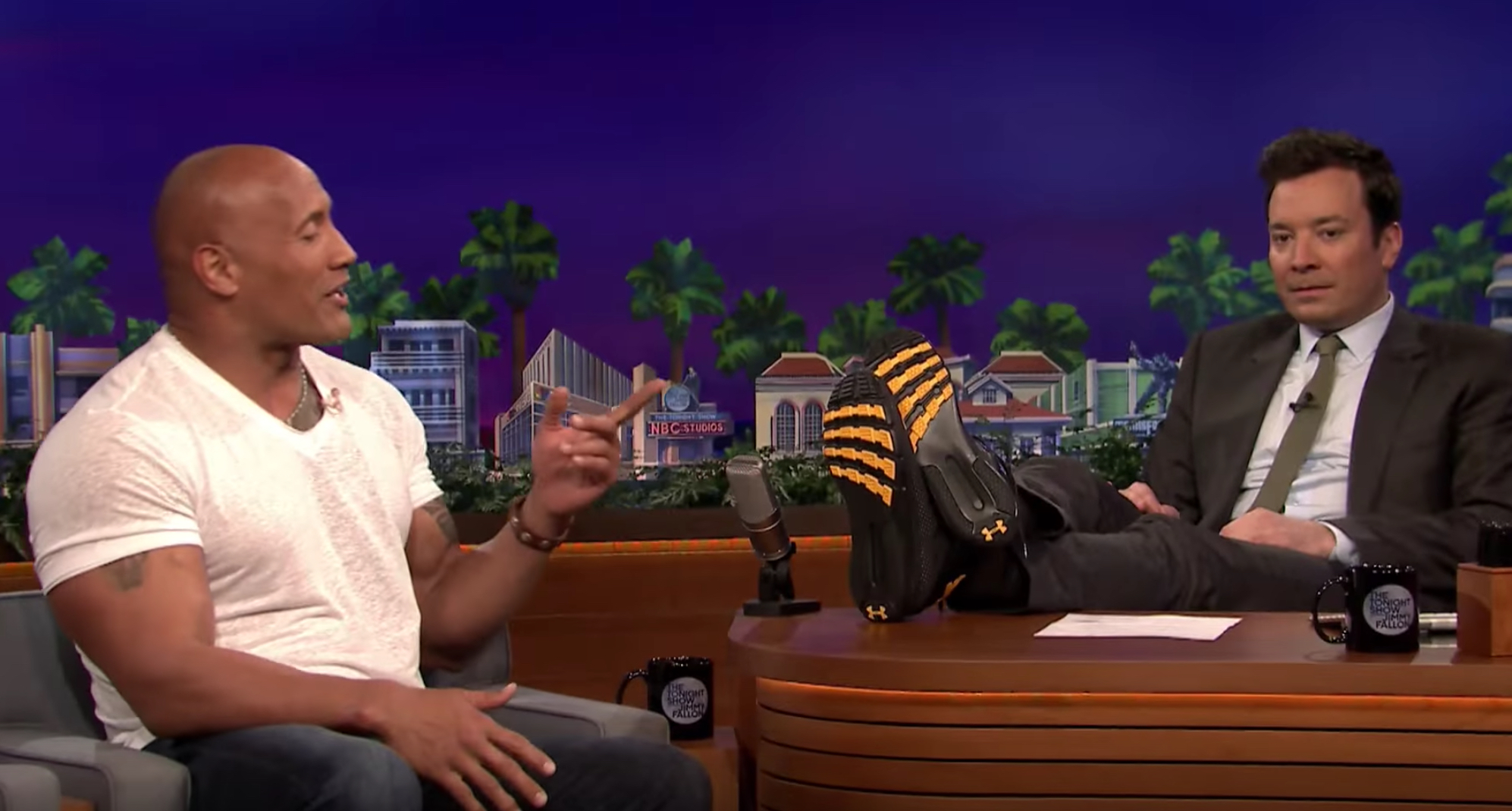 After launching a head-to-toe apparel collection with Under Armour yesterday, Dwayne “The Rock” Johnson stopped by The Tonight Show to flaunt his first shoe.

The Project Rock Delta is the fastest selling Under Armour shoe of 2017 — it is selling out worldwide and hitting eBay for way over retail. According to Under Armour, it even made history in Europe; the launch generated the best European E-Commerce sales day in UA history, and UA SuperVent training styles (like the UA x Project Rock SuperVent short sleeve and sleeveless tops) have already sold out.

You can check out The Rock’s appearance on The Late Show below. Johnson almost broke a golf record without trying so…yeah.

WearTesters’ own Duke4005 spoke with the designer of the UA Highlight Delta, Yurri Mial, recently (click here for that).