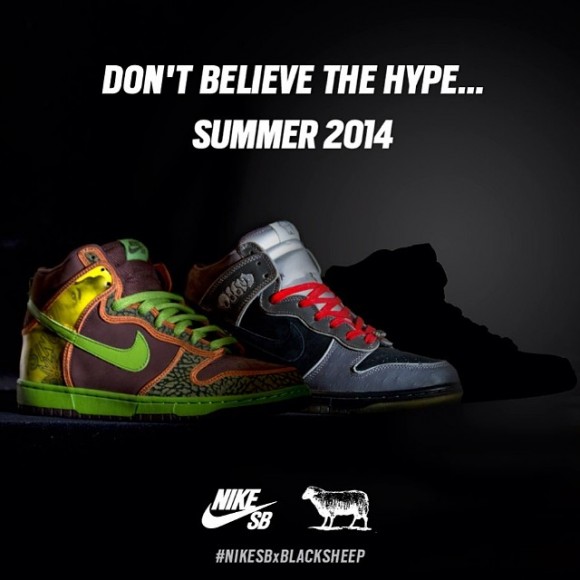 The Black Sheep Skate Shop has helped create some of the better Nike Dunk SB collaborations in recent memory, with hip-hop inspired colorways paying tribute to De La Soul and MF Doom. Black Sheep looks to continue the tradition as shown in recent teasers the skate shop has posted on their Instagram. One such teaser shows the before-mentioned dunks alongside a blacked-out dunk silhouette, with the caption “don’t believe the hype.”

This could be a reference to a song by hip-hop legends Public Enemy, with some double entendre action on what will likely be a “hyped release.” As for the shoe itself, the teasers show a translucent red outsole with yellow and red speckles embedded inside.

Stay tuned to WearTesters.com for full images of these unknown Dunk SBs. Until then, what do you think of this Summer 2014 collaboration? Do you think it will be based on Public Enemy, or is it another hip-hop artist? Comment below and let us know. 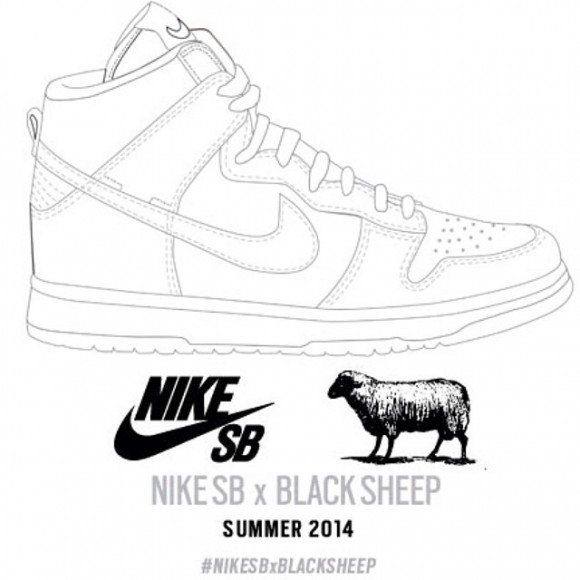 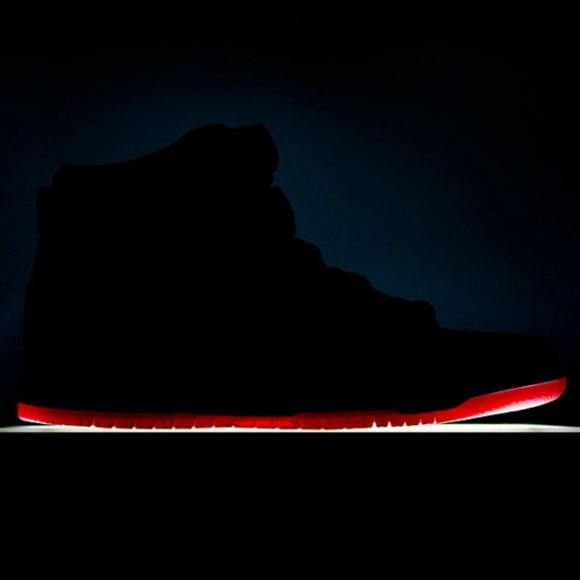 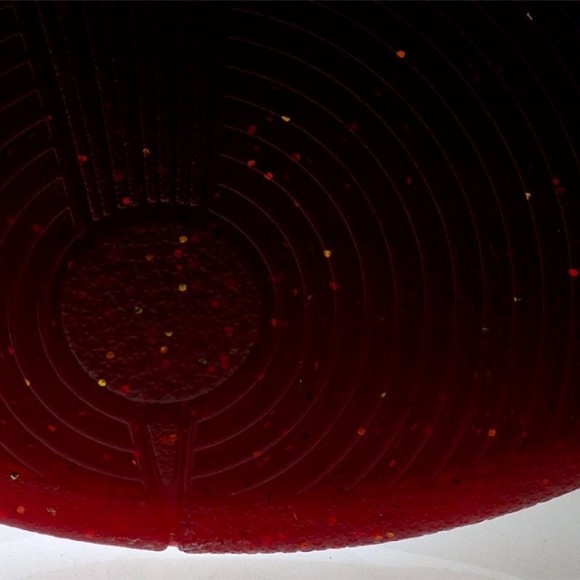