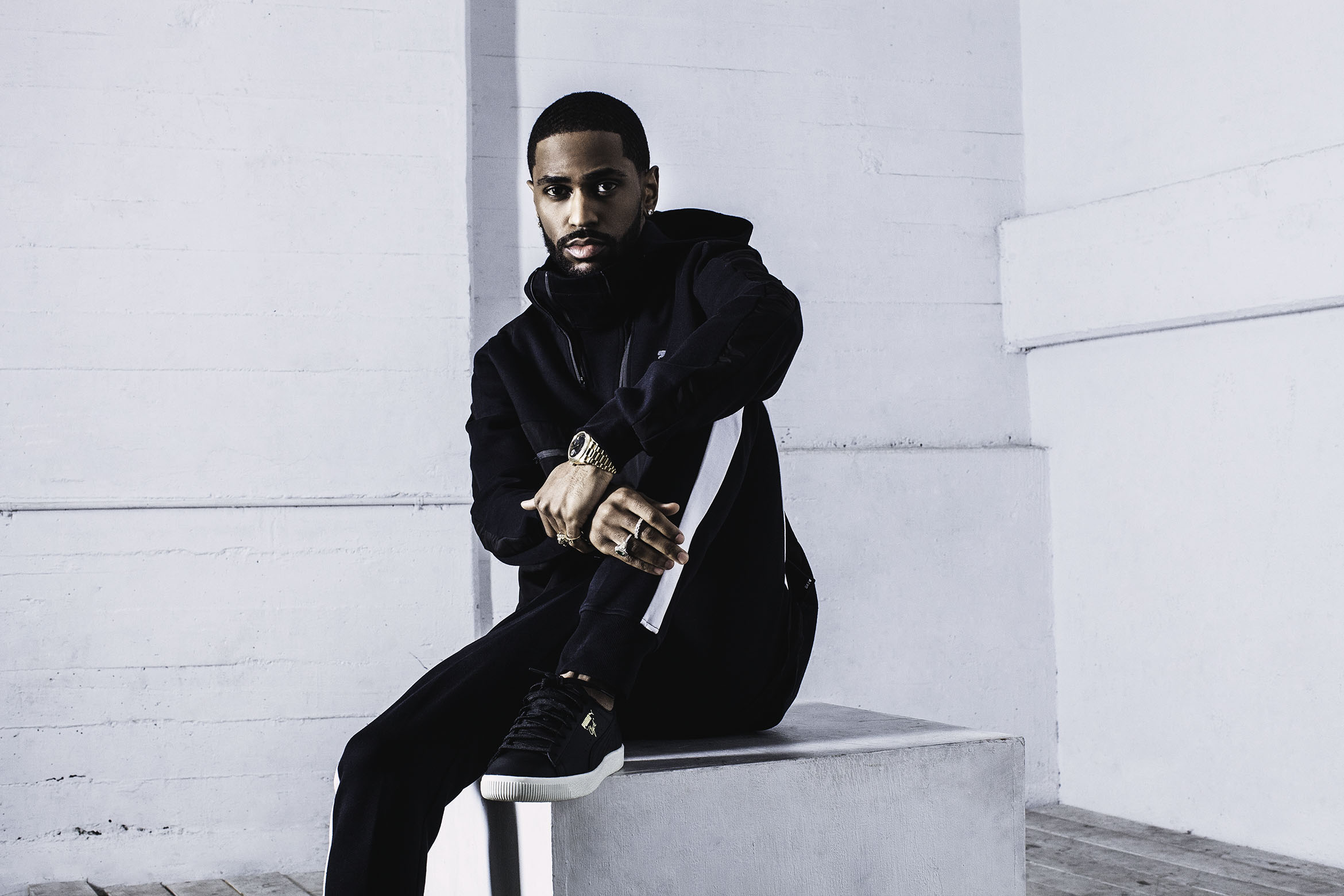 Sean Michael Leonard Anderson, known professionally as Big Sean, has become the latest Creative Collaborator and Global Brand Ambassador for Puma, just months after The Weeknd inked a deal with the brand.

A Detroit native that does a lot for his hometown, Big Sean has always been #teamadidas; for years, he has been dipped in Three Stripes head to toe and he’s designed adidas sneakers like his contemporaries Pusha T and Kanye West.

Now, the artist has jumped from one Dassler brand to the other. Puma and adidas were founded by the German Dassler brothers, Rudolf and Adolf, and Puma was actually founded a year earlier. Feuds within the family broke out in the late 1940s and ever since adidas and Puma have been rivals constantly interlocked in bitter legal battles. 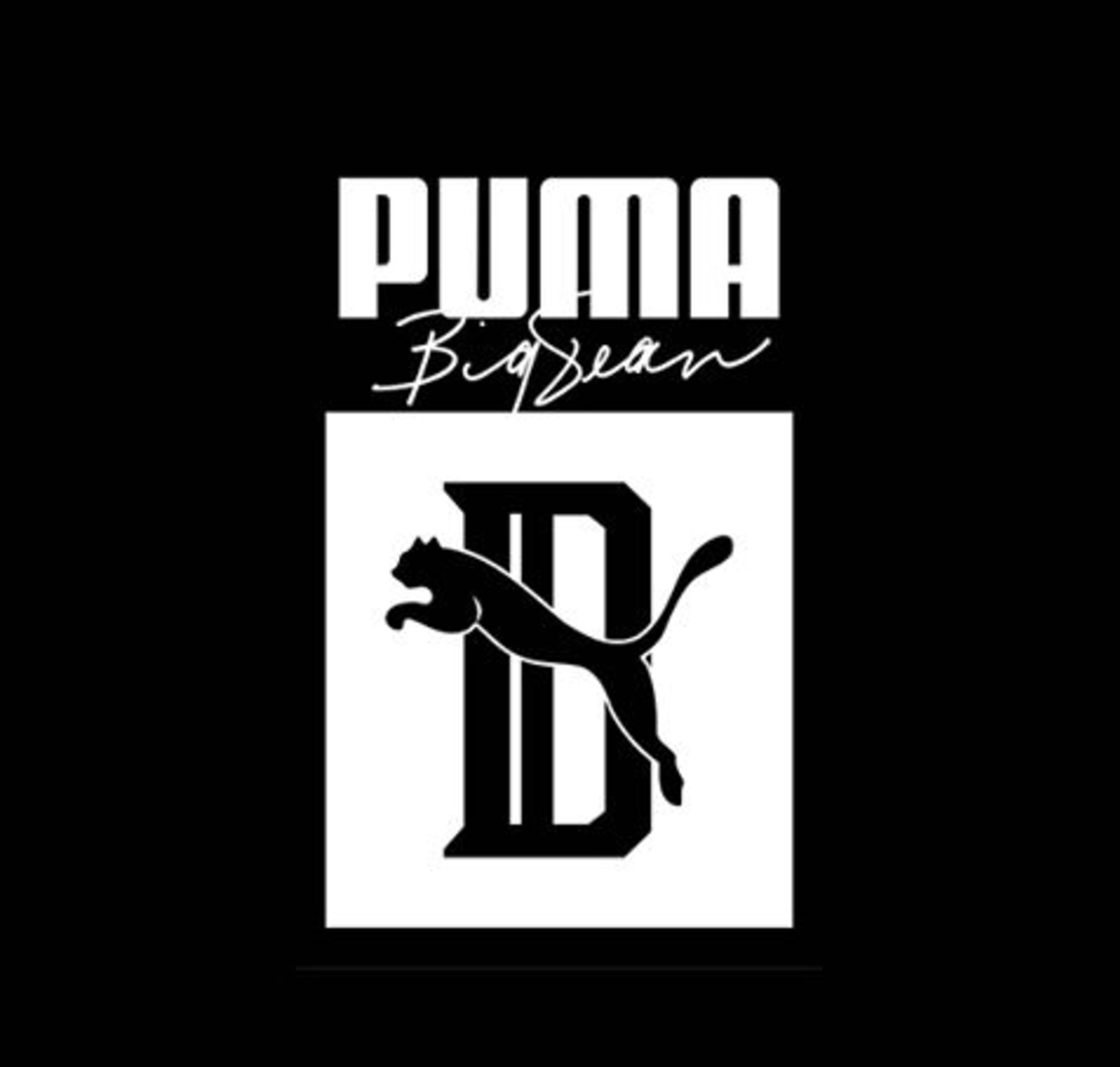 The Grammy nominated, multi-platinum recording artist will be working alongside Puma’s team to design an exclusive collection set to release in the spring of 2018. The pieces Big Sean is sporting here offer no insight to what the collection will look like as they are completely custom. However, according to GQ, Big Sean did create a custom hoodie with the Detroit Tigers-inspired graphic that will become the logo of the new collaboration.

Until we get a peek at what Big Sean will design with Puma, he will be the face of the next Puma Classics campaign, rocking the iconic Seude and Clyde silhouettes this summer. The brand will also be supporting Big Sean throughout his I Decided. tour. 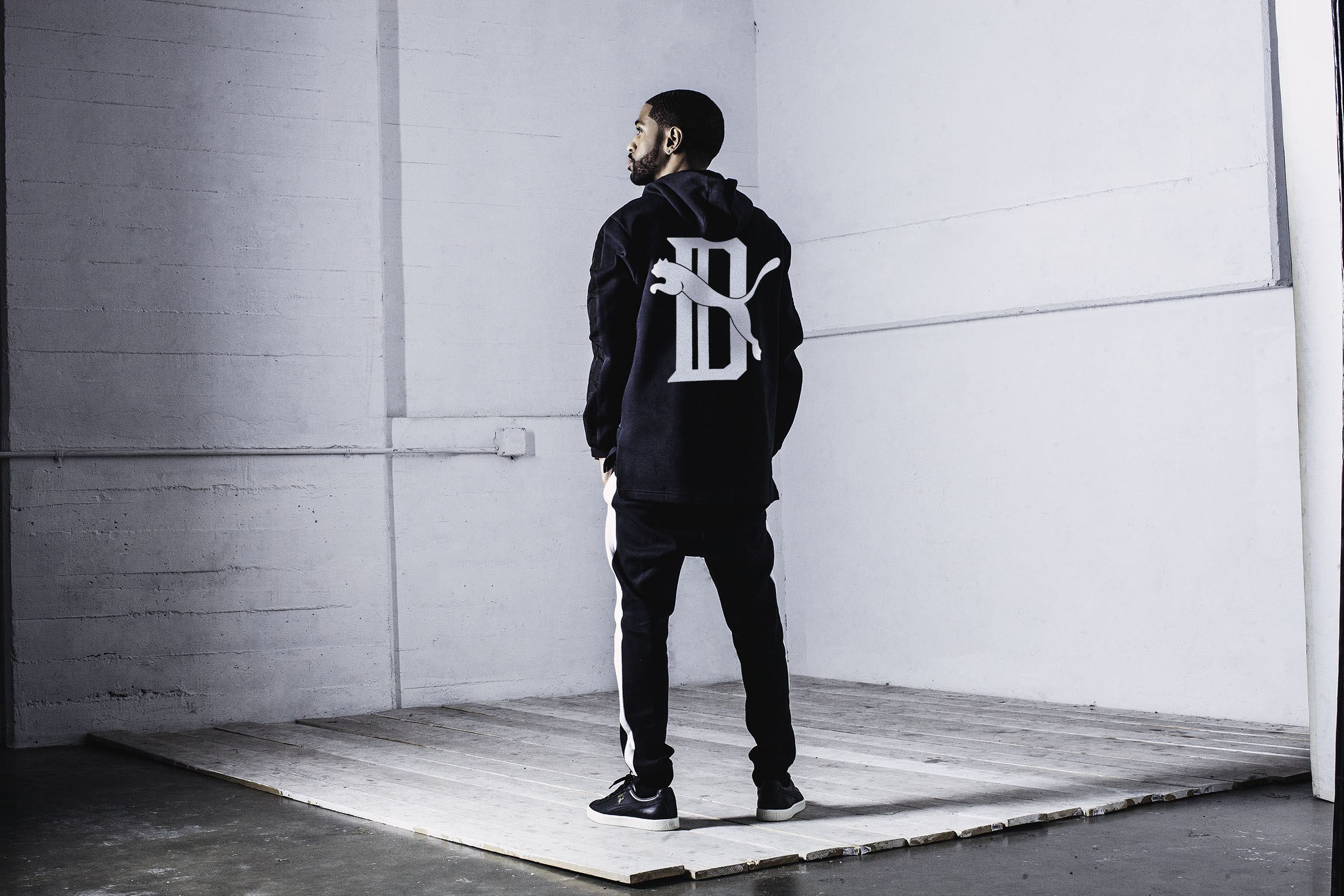 Adam Petrick, Puma’s Global Director for Brand Marketing, said in a statement, “We are thrilled to have Big Sean on board. Anyone who’s followed him throughout his career will know that his talent goes beyond music. His passion for creativity and individuality is very strong. We’ve already kicked off the design process with Sean and we’re glad to see a fusion of his unique style and PUMA’s sports heritage coming through. We’re very pleased to welcome Sean to the PUMA family.”

Now that Big Sean has left a brand propelled to the forefront by Kanye-hype and technology, we look forward to seeing what he designs. Are you? Let us know. 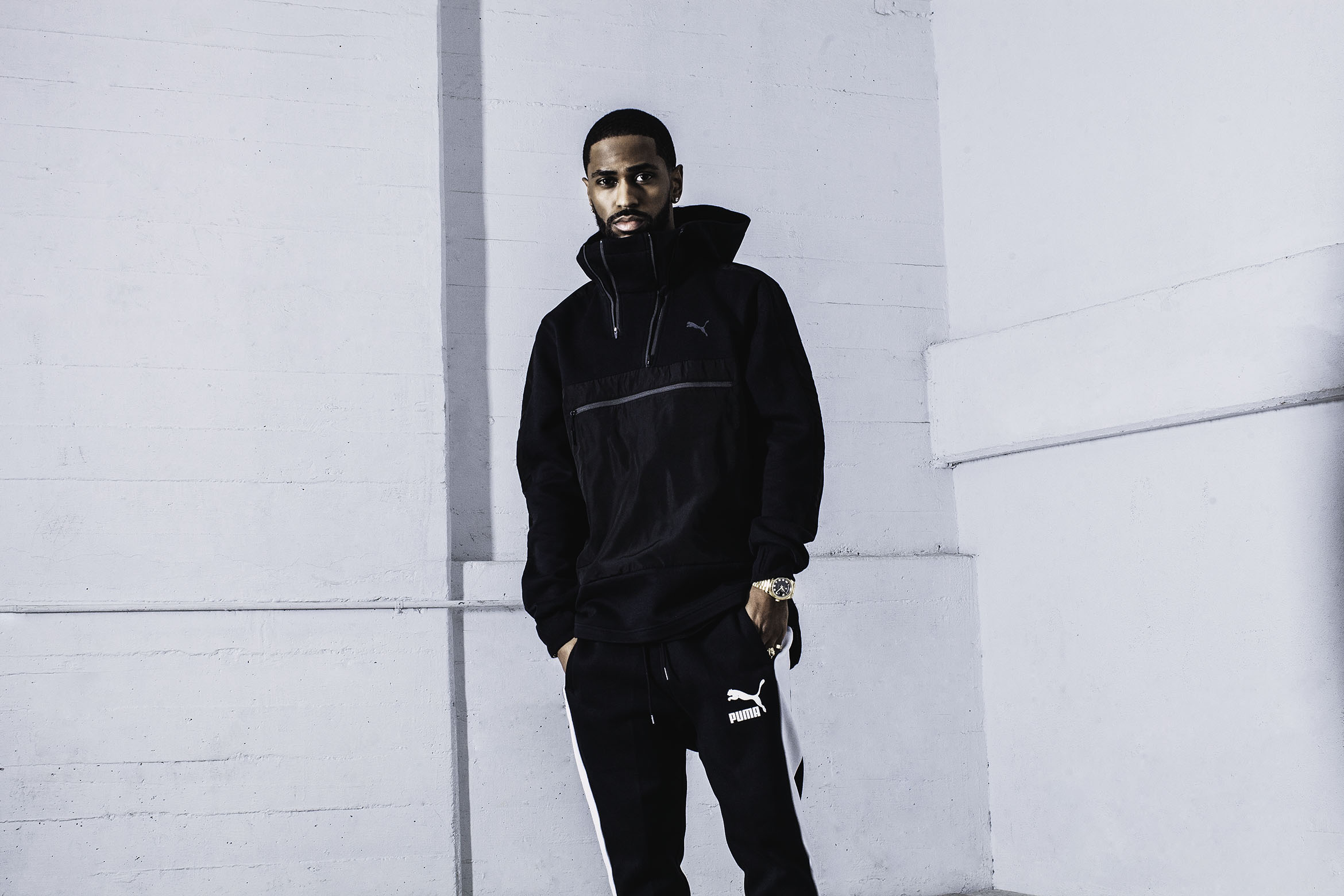 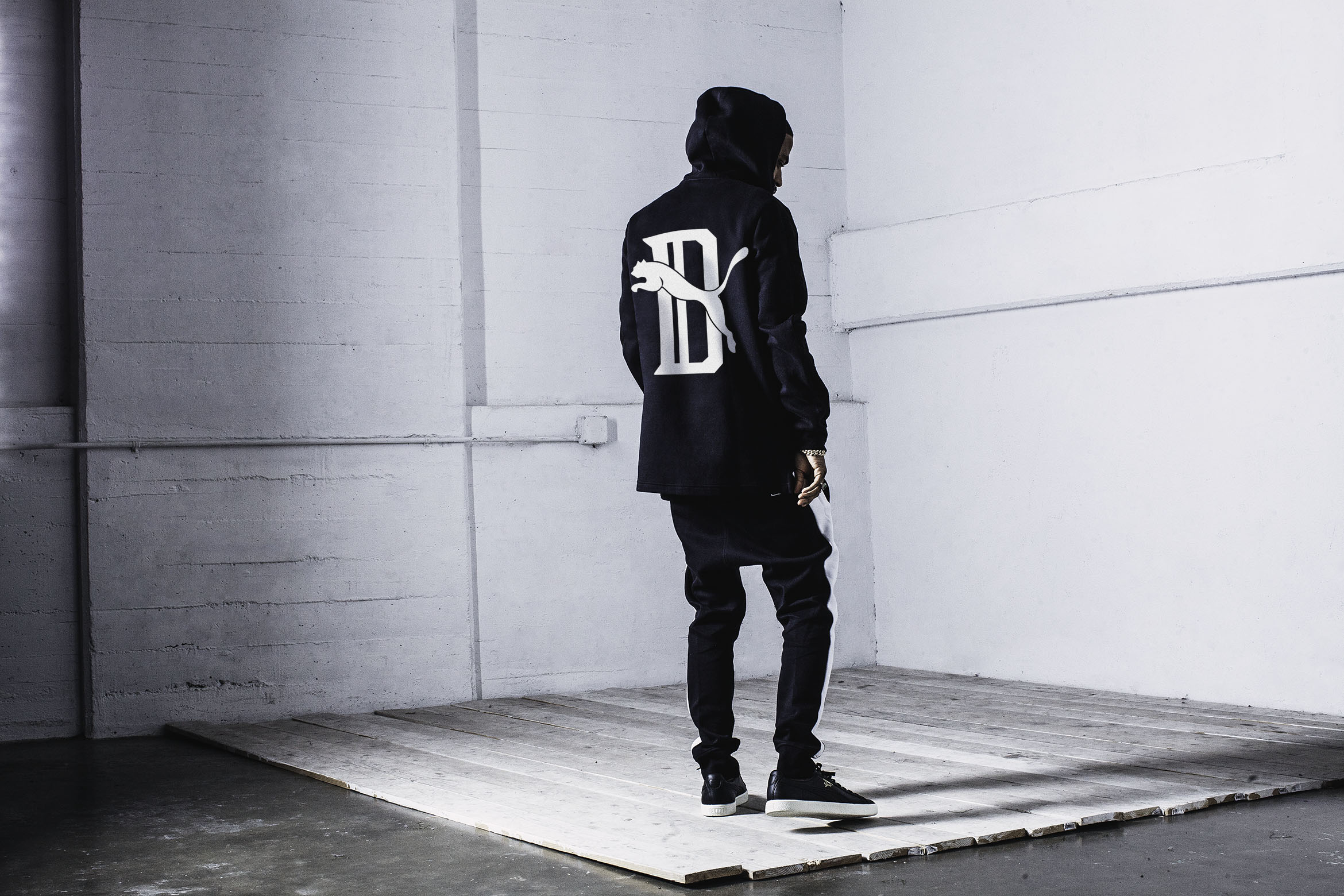 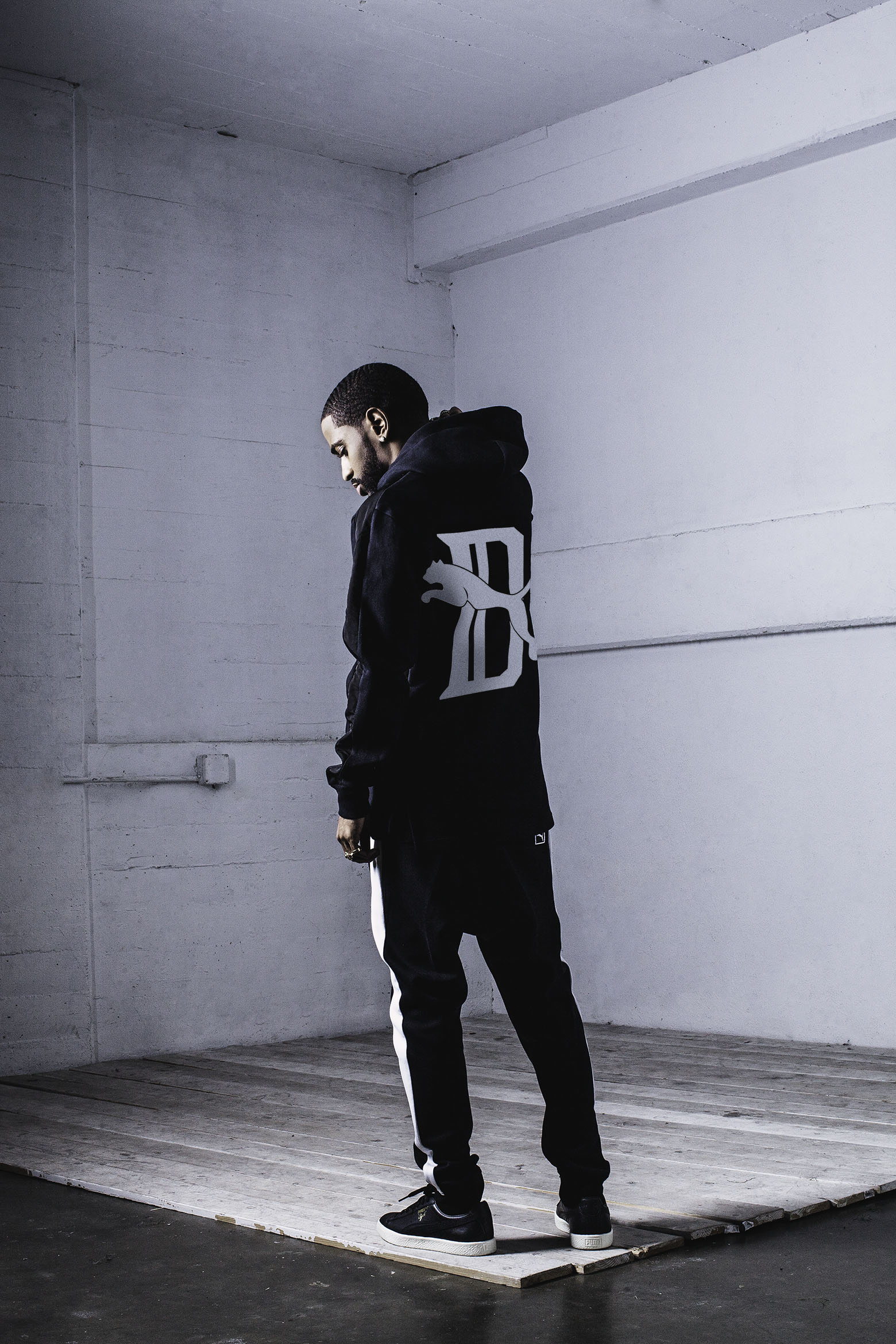