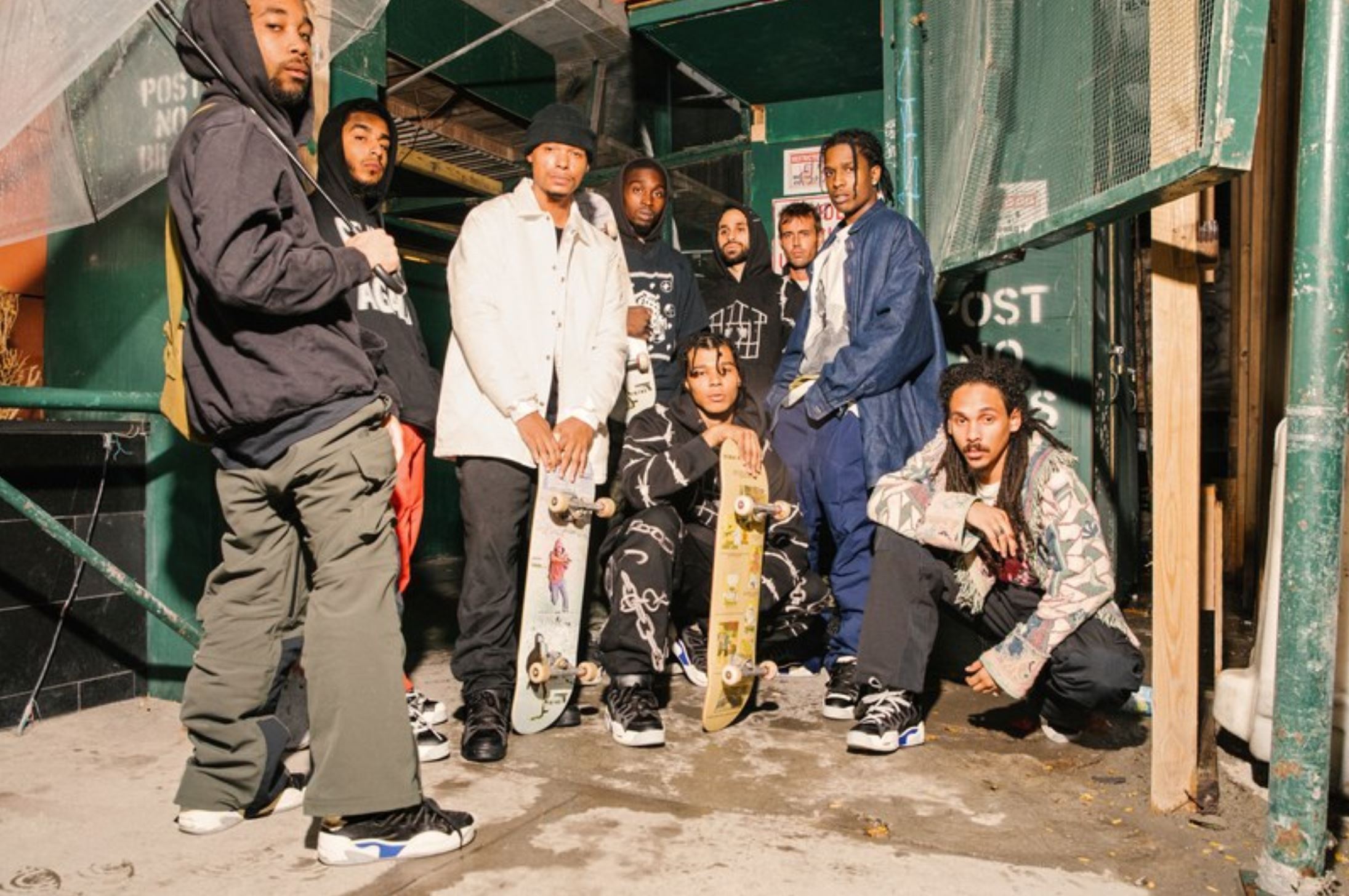 There’s a reason that A$AP Rocky’s AWGE x Under Armour SRLo sneaker looks nearly identical to the 1998 Osiris D3 skate shoe: it was designed by Dave Mayhew, the same person who designed the original D3. Oh, and it’s releasing tomorrow.

“I was just living my life, and out of nowhere got contacted by Under Armour,” Mayhew told GQ in an interview. “They wanted me to get together with Rocky and just kinda discuss the whole thing. At first I was a little hesitant, just because [the D3 is] kind of a gift and a curse for me.”

A$AP Rocky loved the Osiris D3 when it first came out — even though the hood hated it — and he knew that he wanted to re-create the shoe with Under Armour. “I already knew the design I wanted to do,” Rocky told GQ. “I kinda wanted to reconstruct the body. It’s almost like if you get a vintage television or game console or arcade game and you just refurbish it, that’s what I did…I didn’t want to do too much without actually having Dave involved.”

Dave Mayhew was a former pro skater and he designed the original D3, one of the bulkiest shoes ever made. A mix between a Nike Air-style outsole, a huge thick padded tongue, and a boot-like upper, the shoe was known for its ugliness. That was two decades ago, and because fashion is fashion, it’s back.

“It’s about 20 years since Dave did the design, which allows it to be considered vintage,” Rocky told GQ. “I feel like since vintage is so appreciated right now, I’m just playing off that and giving people something that they might have missed out on 20 years ago.”

The AWGE x Under Armour SRLo will feature Under Armour’s HOVR cushioning within its bulky sole, reflective laces, and it will release in all-black and black/white colorways, according to GQ. The shoe will release this Friday, September 14, for $250 at a pop-up skate rave in Harlem hosted by Under Armour. Only 250 pairs of each colorway will be available.

“It’s targeted to be a rave sneaker more than anything, because I don’t really like lounges and clubs,” Rocky told GQ.