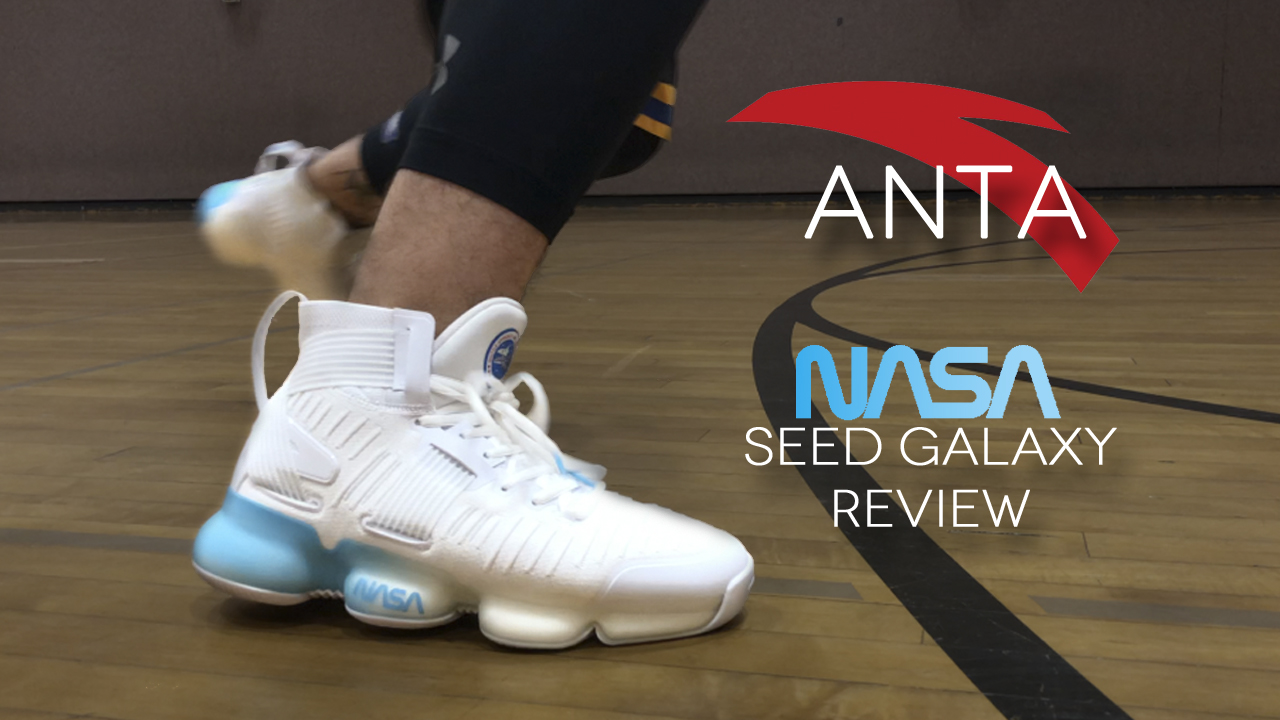 ANTA has gone bold with its latest designs and its NASA Seed Galaxy basketball shoe is proof of that.

In the video above, I stated that I wasn’t exactly sure of the midsole tech. Upon further inspection it appears to be just a foam midsole. The TPU wrap on the lateral side threw me off a bit for some reason — maybe because the lifestyle version of the ANTA Seed Galaxy features an air unit, which would have explained the wrap had the air unit transitioned over to the basketball model.

Sporting a knit build and a look that only a mother could love, the ANTA Nasa Seed Galaxy series is said to pay homage to NASA’s 60th anniversary. Why Chinese company ANTA is paying homage to NASA is still a question we have, but it’s cool to see something this weird back in basketball.

We hope you enjoy the detailed look and review above and stay tuned for the performance review. In the meantime, if you wanted to grab a pair you can head over to Famuji Sneakers and use code WEARTESTERS for a small discount at checkout.