It’s still early, but this leaker’s track record is nearly flawless. Now that the Air Jordan 3 is back, after a yearlong hiatus, winter of 2017 could see another triple black build.

Reminiscent of the Air Jordan 3 ‘Black Flip’ and Cyber Monday AJIII released last year, this build utilizes what appears to be a patent leather mudguard. Elephant print hits the toewrap, heel, and laces. The rest of the upper is done up in nubuck/suede, with the only detail deviating from the all-black theme being the grey Jumpman at the tongue — even the Air bubble is black.

The rumored release window for this Air Jordan 3 (136064-011) is December of 2017.m according to the leak, it should retain the $190 price tag. However, the expected release is many months away and anything could change between now and then.

Thoughts on this triple black Air Jordan 3? Let us know. 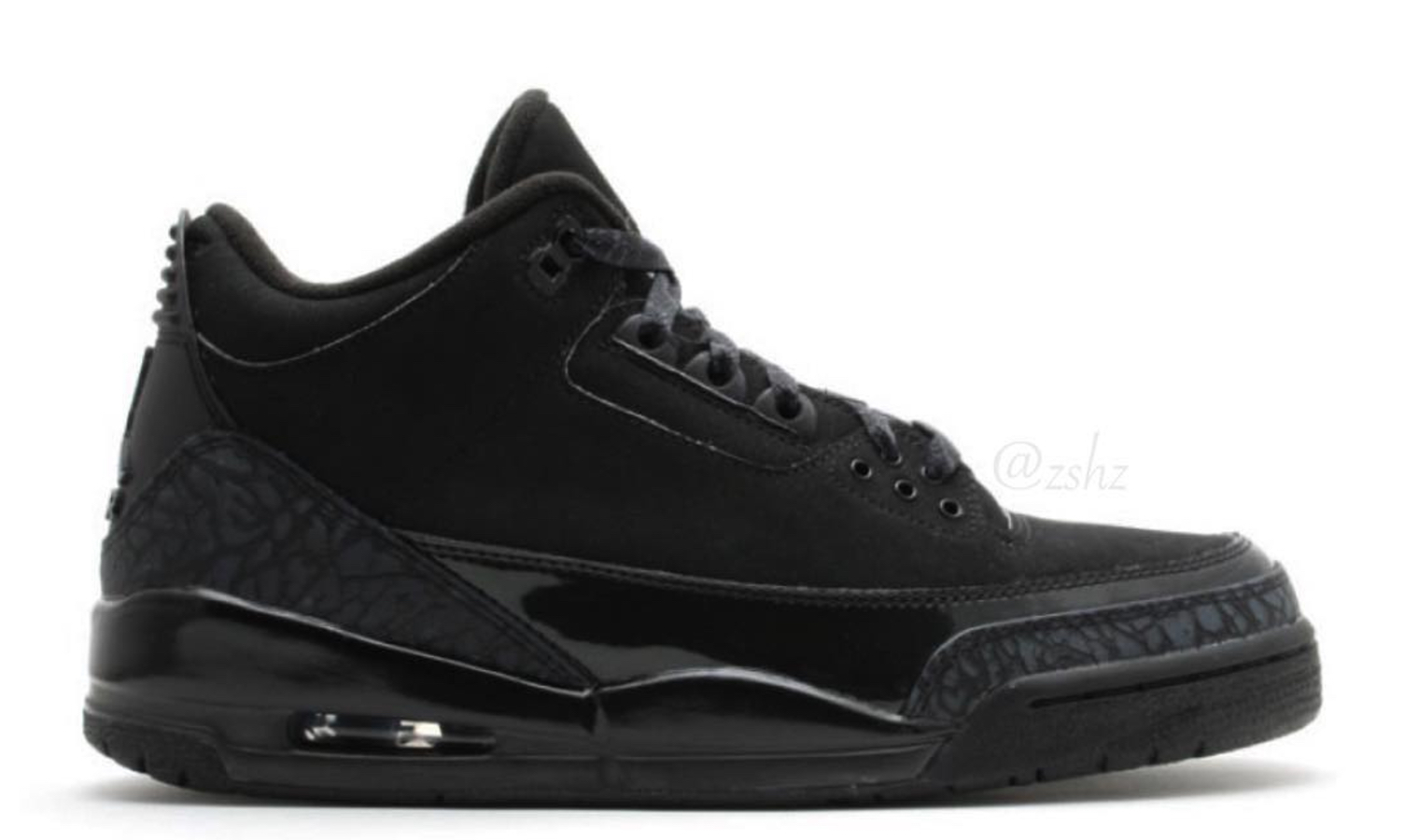