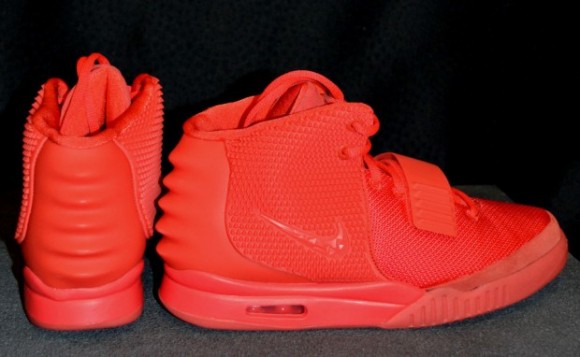 With “Red October” in full swing, I pose a question to the sneaker community: Has the Yeezy truly “jumped over the Jumpman” as Kanye West, the designer of the infamous “Red October” Yeezys, stated in his song “New God Flow?” Or is this all short lived mega-hype? By “this all” I mean the entire media frenzy surrounding Kanye West and his shoe line.

Today, everybody knows what “Yeezys” are, especially in the sneaker community. Grails for some, and coveted by almost every sneaker collector or sneakerhead, the Yeezy shoe line has been the infatuation and buzzing issue of the sneaker community since the release of the original Nike Air Yeezy I on April 4, 2009, which was limited to just 3,000 pairs.

Nike and West have been excellent at marketing the Yeezy shoe line with limited quantities. They have withheld release information of the shoe in advance, as done with the Yeezy II, and simply tweeted the link when Nike decided to drop them. This led to the shoes selling out instantly in a frenzy, leaving an air of awe, mystery, and mixed feelings of love and hate around the Yeezy. But has the Yeezy done anything to deserve all this attention from the sneaker community? Or has Kanye West simply tapped into what Nike has done excellently for years, creating incredible demand for shoes? Are the “Red Octobers” really worth all the hype surrounding them?

The “Red Octobers” have had the sneaker community leaping at every leaked picture of the shoe, waiting for a set release date for almost eight months. Now let me be frank: what are the “Red Octobers” doing that has not already been done before? First off, the outsole that so many love on the Yeezy II is actually taken from a shoe Nike released in 1990 for Andre Agassi, one of the most revolutionary tennis players ever. The Nike Air Challenge II, designed by the renowned Tinker Hatfield, sported the Yeezy outsole, visible Air unit and all, more than 20 years prior to the Yeezy II. So, are the Yeezys as comfortable as say an Air Max 90, or a model with thick Zoom Air units? Not really.

Second, the “Red October” iteration of the Yeezy II cannot be considered for even a moment the first, second, or third all red shoe. Recently, the sneaker community saw the release of the Nike Air Max Hyperposite “Plum” colorway. Sporting an all pink-ish red everything colorway, the shoe did not receive the amount of attention the all red Yeezy II has. Perhaps it was the price of the Hyperposite model, or its sizing issues, who knows. Additionally, Kevin Durant did not light the sneaker community aflame with his all red KD V that hit the Internet about seven months ago. Plus, KD’s all red shoe was almost exactly the same hue that the “Red Octobers” will be.

Now let us remember 2008 for a moment. Hypebeast posted an article about the Nike Dunk High “Ultimate Glory,” a limited release of only 606 pairs, featuring an all-red-everything colorway. The hype did not strike with that release either and I do not believe the shoe being released in Mexico is enough to deter would-be hype.

Moving away from Nike, Supra Footwear has released many all red colorways over the years, from the more recent all red Supra Skytop III to the 2011 Supra “Indy Pack” that featured an all-red-everything TK Society (in my opinion one of the best looking shoes released in the past 20 years). So why has the hype formed around Yeezy’s “Red Octobers?”

The hype surrounding the “Red Octobers” will be short lived. They will come and go, just as his other models have, and reseller prices will fly sky high. West has had his shoe line for only five years so may he, as a newbie in the signature shoe business–compared to the likes of LeBron, Kobe, Shawn Kemp, and Shaq–say that his line has “jumped over the Jumpman?”

As Fat Joe stated in an interview in July with SneakerWatchTV, “the line is hot.” Fat Joe, an avid sneakerhead himself, stated that West would need 20 to 30 years of selling shoes under his belt to “really mean that line” and I completely agree. Has the music industry not seen stars like Kanye West before? Has the fashion industry not seen stars like Kanye West before? But, has the athletic shoe industry or the NBA seen an icon like Michael Jordan before? I think not. After 30 years, MJ’s shoes are still in high demand, selling out instantly, and keeping after-market prices at record highs.

According to the research firm SportsOneSource, Jordan Brand controlled 58% of the U.S. basketball shoe market, second by Nike at 34%. Matt Powell, an analyst for SportsOneSource, stated in Kurt Badenhausen’s article for Forbes magazine written in February that Jordan Brand generated $1.25 billion in wholesale revenue in 2012. Michael Jordan has consistently sold shoes for decades because he is an icon, one of the best that has ever lived. Swizz Beatz, who works for Reebok, brought up an interesting point in an interview with SneakerWatchTV: Rappers and musicians can’t consistently sell shoes because their fans are not consistent. The consumer of the shoes are usually fans of the music; thus, their fans come and go. Icons are icons because their fans have not and are not going anywhere.

With all the hype surrounding the “Red Octobers,” I hope the sneaker community will make acute and informed decisions when the shoe drops. If Nike sets the retail price at $300 or $350, should we, the sneaker community, encourage that type of behavior by allowing the shoe to sell out instantly? Will the resale values of the Yeezys always be high? These are questions we all must find answers for ourselves, which means taking a detour from the hype of “I must have that shoe and I’ll do anything to get it” to thinking rationally about what it is we are truly buying.