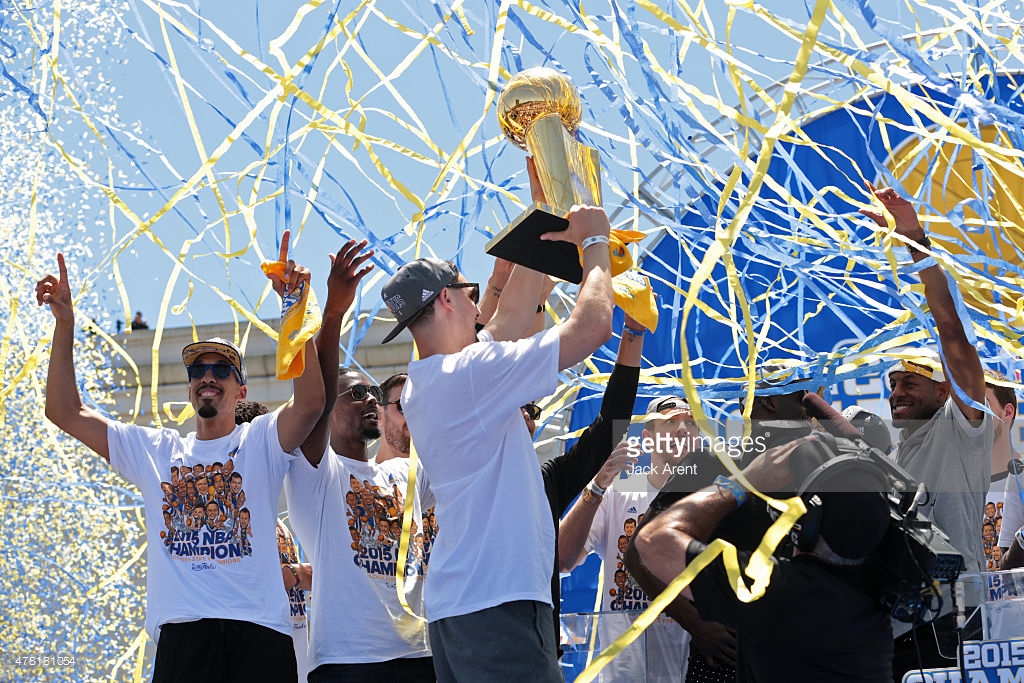 After bringing another Larry O’Brien Trophy to Oakland, the Golden State Warriors and the Bay Area were standing on top of the sports world. However, the loving relationship between Oakland and the Dubs has been rocky since the 2016-2017 campaign ended.

During the Warriors’ championship parade on June 15, owner Joe Lacob promised the city of Oakland that the organization would cover the entirety of the costs of the festivities as a gift from the organization. However, the city has yet to receive the promised payment after more than two months since the parade.

The city has requested payments for both the 2015 celebrations ($244,000) and the 2017 ($816,000) championship parade. According to The East Bay Times, the city of Oakland sent an invoice of $1 million to the Warriors on July 19 with a due date for payment on August 18. No money has exchanged hands yet.

The city of Oakland estimated that over 1 million people attended the 2017 parade on June 15 to celebrate the 4-1 win over the Cleveland Cavaliers.

The city of Oakland and the Warriors have been discussing the issue. “We are in ongoing conversation with the Warriors; they have questions about some of these charges which we are in the process of answering,” city spokeswoman Karen Boyd said in an email, according to The Mercury News. “The Warriors have given us no reason to doubt they will honor their commitments.”

However, the Warriors organization has raised questions about the cost estimates. “There’s been no determination of what a final bill is,” Warriors spokesman Raymond Ridder said, according to The Mercury News.

To read a detailed report of all the costs, check out the full story at The Mercury News.

According to Forbes, the Golden State Warriors were worth an estimated $2.6 billion in February of 2017.

The Dubs aren’t going to spend much more time in Oakland since the team will relocate to San Francisco for the 2019-2020 season.