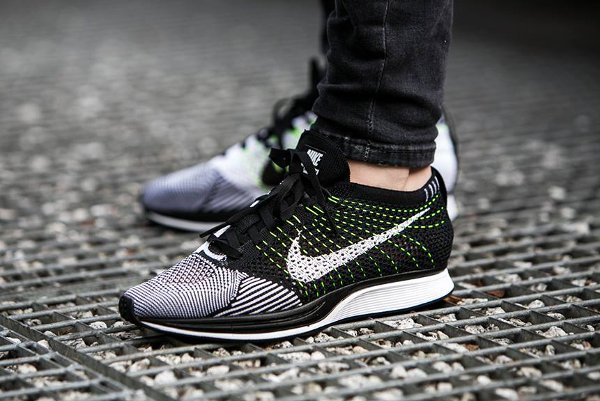 One of the first Nike Flyknit Racer colorways gets intertwined with Volt on this new version of one of Nike’s top lifestyle runners.

Before the colorway now known as the ‘Oreo’ released earlier in the year, the staple black and white colorway dropped in 2013 with white Flywire strands on the side — albeit with a white tongue. In 2014, the same colorway released with a black tongue. Now in 2015, the volt strands of Flywire refresh the familiar colorway.

The Flyknit Racer is technically a part of the Nike performance running department, with a sock-like Flyknit upper and large Zoom Air units for a responsive ride in the heel and forefoot. With that said, many sneaker connoisseurs rock the Racer for casual wear due to the aesthetic appeal of the knitted patterns.

You can click HERE to pick up the Nike Flyknit Racer in Black, White, and Volt for $150. 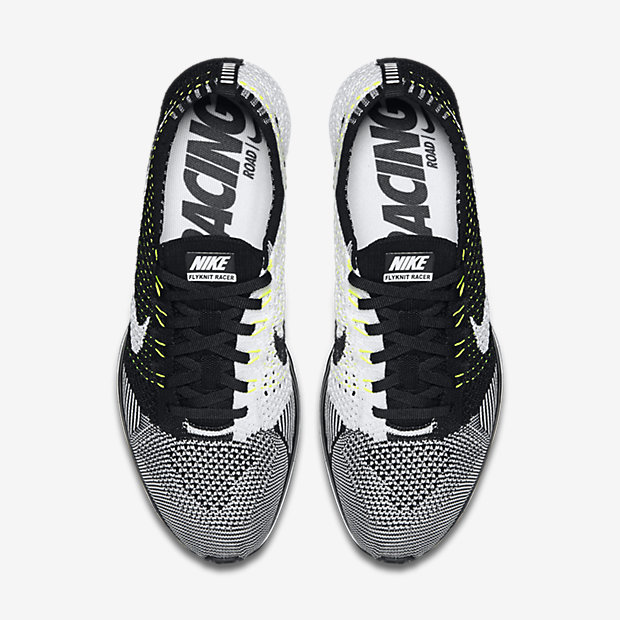