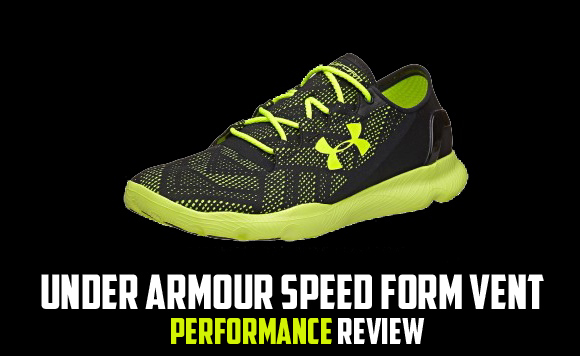 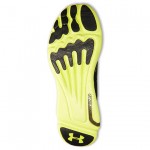 Traction: Similar to the SpeedForm Apollo, the new Apollo Vent uses high abrasion rubber inserts on the outsole in key contact areas, such as the heel and mid-foot. These areas are where most runners tend to strike first and have the most contact with the running surface. By doing so, UA kept the weight of the shoe down by not using rubber in unnecessary areas but this comes at a cost. Since there is less rubber on the outsole, that means less grip or traction, and depending on the running conditions or surfaces, you can find yourself slipping at times. 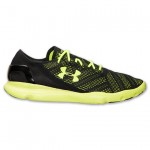 Cushion: The cushioning used in the SpeedForm Apollo Vent is UA’s trademark foam, Micro G, which provides great cushion, and explosive feedback. There is also a 6mm built in sock liner, which unlike most traditional running shoes is not removable. The combination of the two provided a lightweight, responsive cushioning system that absorbed all impact during my runs and provided excellent energy return, never leaving me feel like more was necessary. Granted there might be other models out there that might have more cushioning but the Apollo Vent felt like it had the right mix of shock absorption and feedback. 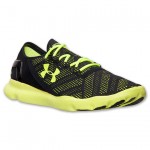 Transition:  UA had one thing in mind when creating the SpeedForm Apollo Vent– creating a shoe that is lightweight and fast feeling, without compromising any cushion. The shoe’s platform has a 8mm drop with the heel being 22mm and the toe 14mm. The outsole has natural flex grooves in key areas of the shoe in order to allow the runner a natural feel from heel to toe-off. UA even went as far as to add a stability TPU insert at the mid-foot to give an added amount of support without sacrificing the neutral feel of the shoe. 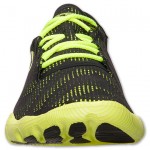 Materials:  One of the most interesting facts about the SpeedForm Apollo Vent is how it was designed at an UA apparel facility. By doing so, UA incorporated technologies that have made their lightweight apparel brand infamous, working a variety of the elements into the upper of this shoe, while keeping the weight down to 6.5 ounces (men’s size 9). The upper is made up of a two-piece, three-layer seamless, moisture wicking molded synthetic material. UA used seam tape welding technique in order to combine the two-piece upper and have no friction points or “hot spots”. 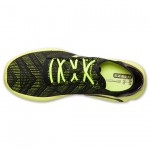 Fit:  The Apollo Vent’s fit is exceptional. Having the SpeedForm material the upper actually feels like a second skin and molds to your foot. A molded, seamless heel cup and external heel counter is another benefit of the shoe. This allows for better lockdown in the heel and less excess material to get in the way of a truer fit. Let’s not also forget that UA incorporated their 4D foam to the foot bed of the shoe to give the user a more custom fit to prevent any slippage or sliding around once the shoe is on the foot. Lastly, UA also went ahead and applied a silicone strip along the heel cup of the Apollo Vent so that the user can get a better grip if choosing to run with no socks and not having to worry about the shoe slipping at the heel. 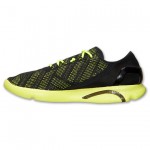 Ventilation:  For the SpeedForm Apollo Vent, UA updated the upper material from the previous Apollo model and constructed it using their new cooling material, Armourvent. When they did this they created an upper that provides 360 degrees of ventilation without having certain perforations placed on key areas of the shoe and tongue. In my opinion I prefer the Armourvent upper to the previous version for breathability and for structural reasons. Using Armourvent especially in the tongue helped provide a sturdier feel against the foot and less sliding from side-to-side while still allowing exceptional airflow. 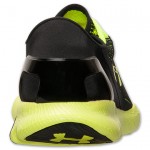 Support:  Although the Apollo Vent is considered to be a lighter weight neutral runner, it still gives the user a good sense of stability, while not adding any bulk or additional elements to the shoe. By adding the TPU insert on the medial side, it makes a big difference from your typical neutral shoe to one that has enough support without feeling it actually being present.

Overall:  Under Armour took a shoe that was already great and made it better by adding the ArmourVent upper. As far as performance and other technologies nothing has changed from the previous model Apollo. This was merely an update review. My opinion still stands the same as for who this shoe is aimed at and how the shoe performed during my runs. Since the only change I felt needed some addressing was the outsole lacking rubber on key areas and this was an update focused on the upper of the shoe, I would have to say again that would be the only issue I had with this updated version as well.