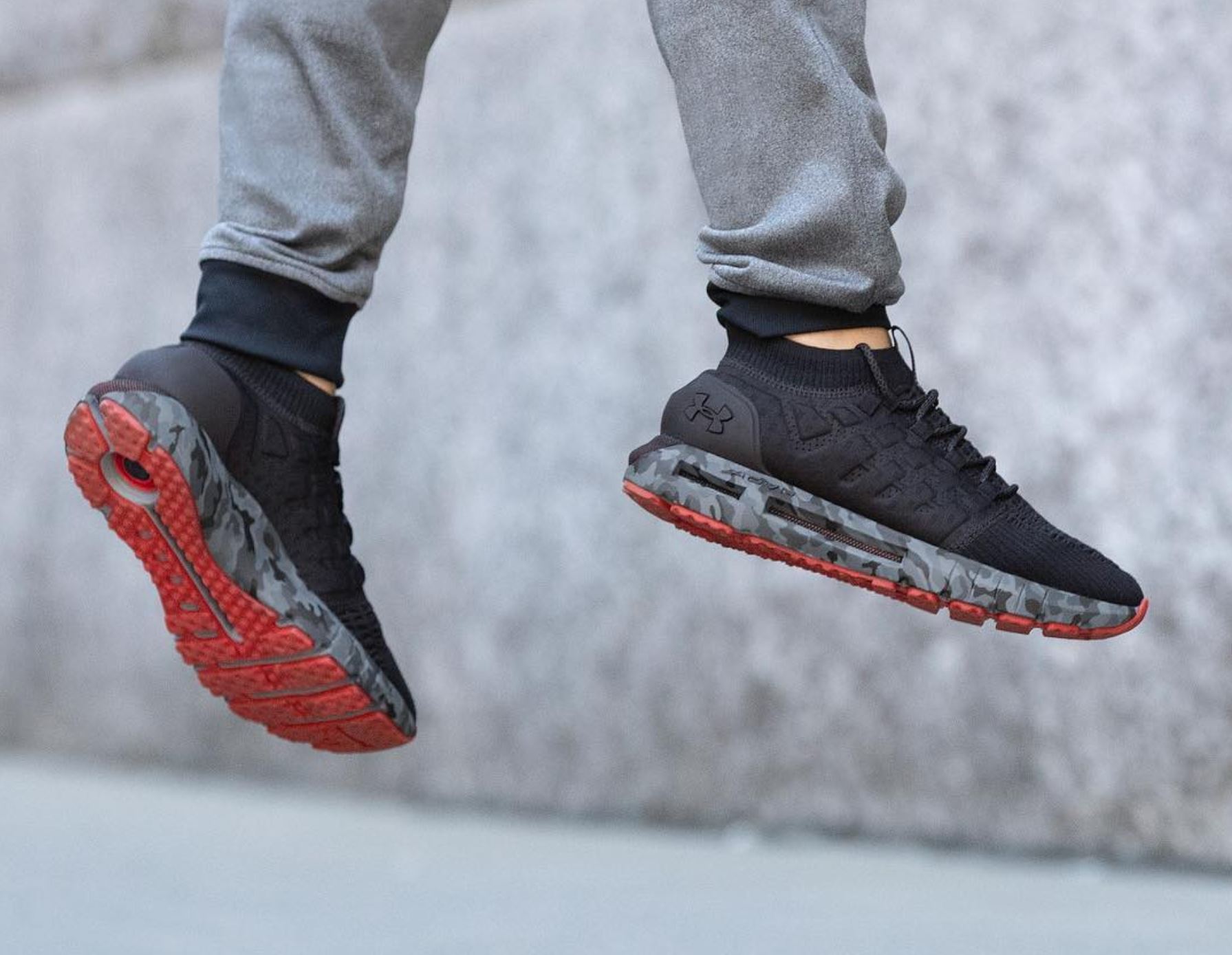 Today, two new camo colorways — ‘Artillery Green/Sultry’ and ‘Black/Pierce’ — of the brand’s top-tier runner have dropped on UnderArmour.com for $130 each. Japan saw the release of two more camo builds, so we’re still waiting on those to release Stateside. However, today’s colorways should satisfy fans of camo midsoles.

The HOVR Phantom’s knit and chamois upper has been set atop several different camo midsoles, and there are colorways for both men and women. Those midsoles contain Under Armour’s brand new HOVR cushioning system and SpeedForm 2.0 — 8 to 12 millimeter thick anatomical cushioning pillows — that makes step-in comfort quite plush.