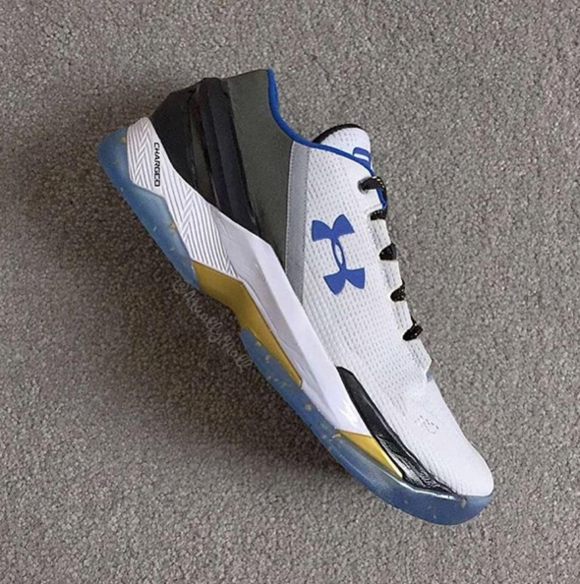 The Under Armour Curry Two is still in its infancy stages at retail but is following up on the great sales and performance of the Curry One.

Like the One, we are getting a low version to follow, and this is the latest leaked colorway (we all know these leaks aren’t as serious as they are made out to be). Already shown in a blacked-out version and a red/black colorway, this would seem to be a Home Warriors colorway, with the white Speedform upper and the Warriors blue logo and inner liner.

The only thing keeping it from being complete is the gold shank and midsole instead of yellow — loving the translucent/speckled outsole though. No news on release date or pricing yet, so stay tuned for details.