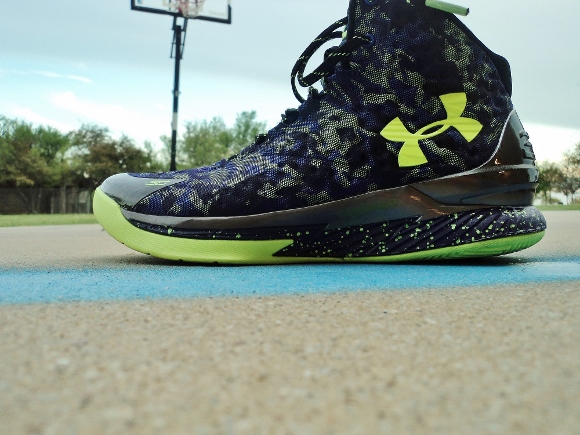 Yeah, that’s right – ANOTHER Curry 1 review. Why should you read it, when everyone else has already done one? Well, you probably shouldn’t, but I am doing it anyway, so click here…

The Clutchfit Drive from Under Armour is number 1 or 2 on EVERY list that matters for performance basketball shoes last year. The combination of traction, cushion, and containment was fantastic, especially at the price point. While the public regarded the CF Drive as the first Steph Curry signature, we were wrong, and Under Amrour released the REAL Curry 1 in February, right before All-Star Weekend in New York City. And what a release it was – Chef Curry trucks driving around serving food, billboards everywhere, and buzz in the stores and streets. But would it hold up as the shoes hit courts? Would the success of the Drive set the bar too high? You know what comes next… 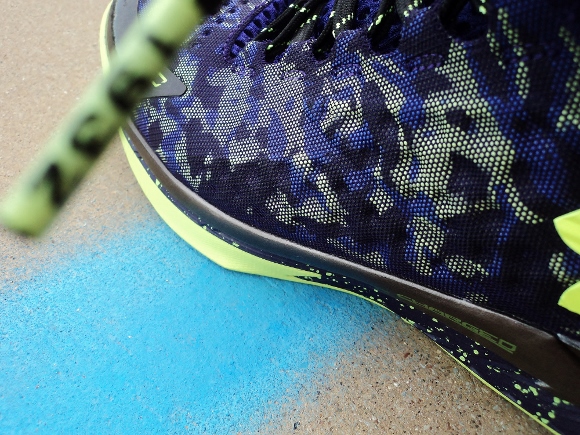 MATERIALS – Two new materials make their appearance on the Curry 1 – Anafoam in the upper and Charged Foam in the midsole. I was more excited about the Anafoam because really, Micro G is about as good as it gets. I was more worried the Charged would mess up that feel. But Anafoam? Yeah, that sounds right. After the Clutchfit and the, well, fit of the materials, Anafoam could only help. Only, it wasn’t mind blowing. It works, because it lets the shoe snug up without being overly tight but is cut out in high-stress areas for maximum flex. Only complaint – it seems to become more felxbile the hotter it gets. More on that in Fit, but it caused a problem the first night. There is an Anafoam area on the upper of the tongue to help with lace pressure and the lower tongue is well ventilated, wide-holed mesh. The high-abrasion area around the toebox is layered with fused material to keep those Euro-stepping toedraggers happy. 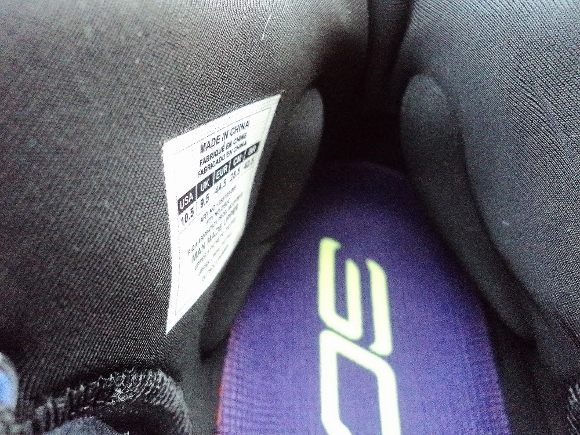 FIT – First off, true to size. You might think you can go half down because the toe seems a little long, but I wouldn’t. The materials break in and become pliable after a couple of wears and the fit improves drastically, so stay true. If you wear a 10.5 in Kobe’s, Drives, Rose’s, whatever, stay 10.5 in the Curry. Now, the first time I wore these, I rolled right over. I laced up tight, so I thought, and in to destroy mode. Little did I know, “tight wasn’t right” – after about 10 minutes, the Anafoam upper heatedup and loosened, letting my foot move off the footbed on a drive and over the left ankle turned. Not bad, just a tweak, but I did figure out – pull tighter. Once the shoe was warmed up I was able to snug up and have had NO issues since. Midfoot and heel are handcuffed – not uncomfortable put you can feel the inner padding filling in all of those empty places on your foot and ankle. Forefoot is locked as well, keeps the foot over the footbed, but the heel was locked so well it overshadowed the rest of the shoe. 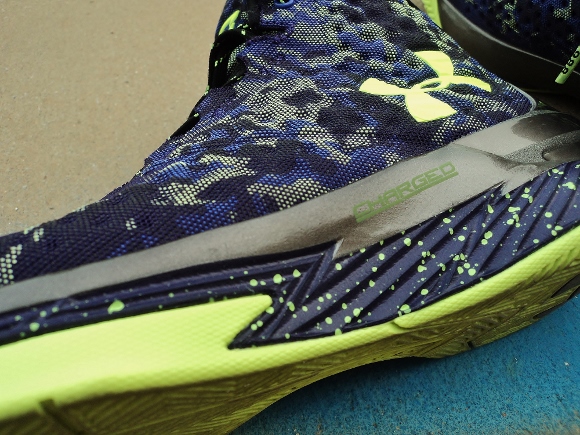 CUSHIONING – MICRO GEEEEEEE!!!!!!! But wait, there’s more!!! On top of the lovely, bouncy, plush, responsive Micro G, we have a layer of Charged Foam, making the shoe… not as responsive on initial feel as the Drive. Charged Foam, if you haven’t read yet, has a cushioned, plush feel while static, but stiffens when pressure is added (much like d30 that Ball’N had in their shoes a few years back). This is where the cushioning of Micro G is taken away. Don’t mistake, it is dense and cushioned, but the initial bounce of the Drive is deadened by layer of Charged. Where this felt great was on takeoff. The lack of bounce kept me feeling quick on pushoff and changing in direction – no waiting for the shoe to “catch up”, just quick moves. Impact protection was still there as well as court feel. I just didn’t get that same bounce  as from straight Micro G. I can see Charged being more refined and targeted in the future – it has its potential and with some refinement will be an asset. 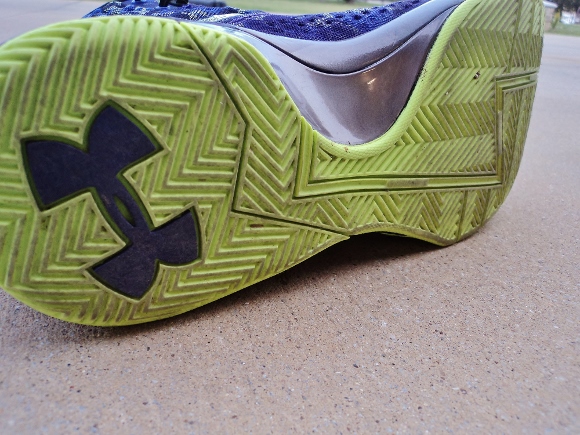 TRACTION – Clutchfit. EXACT SAME. Much like the Micro G Pro I did last review, using the same midsole/outsole is generally a bad idea – lazy, soft, and signs of corporate “fat”. But when it works, well, you get the Curry 1 and Micro G Pro. The pattern of multi-directional herringbone and rubber compound together make for 60-to-0 stops every time, unless the court doubles as a livestock barn on the weekends.The grooves aren’t extremely deep, so they do pick up some dust, but the pattern is wide-set so they wipe easily. I wouldn’t play every day outdoors in these but if you are out and see a game you just think you can’t walk past, you should be good for a couple of hours. 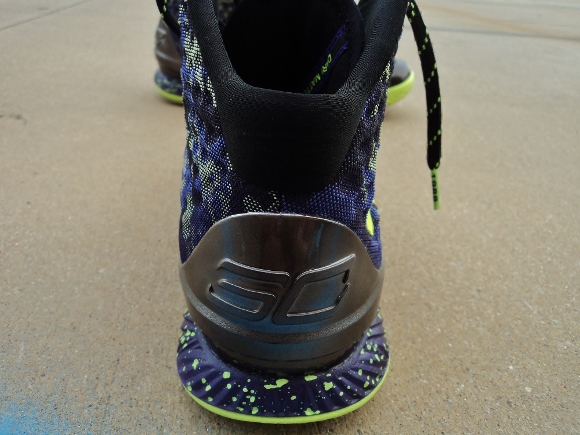 SUPPORT – Fit is the main support piece, and the fit is great after a couple of hours of casual wear. The upper Saran wraps your foot and ankle and works completely together to keep you upright. There is a big, solid, external heel counter but it isn’t completely stiff – more like a molded rubber. On the lateral side it stops right under the logo, but on the medial side it continues forward to join the plastic arch support and midfoot shank, which is only seen under the arch but covers the midfoot internally. The “wrong way” Professor K flex test shows the arch is NOT moving unless extreme pressure is applied. As low as the shoe rides, as well as the Micro G being stable and the upper fitting tight, normal play is not going to let you roll over. There is a slight outrigger on the forefoot and the heel is flared some from the midsole, creating a wide base for landings. And we ALL know Chef needs stability and solid landings for those Elijah Price ankle. 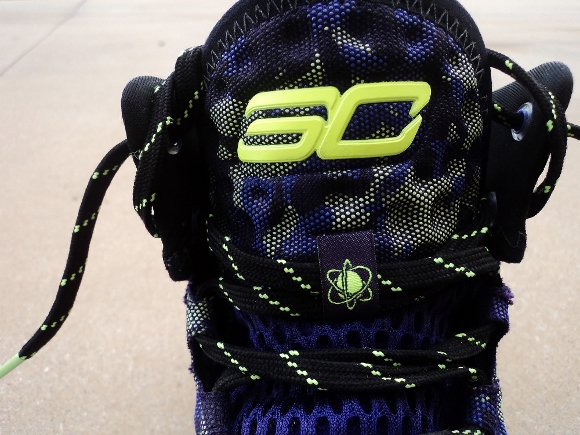 OVERALL – Under Armour just keeps doing it. For those unfamiliar, since the Black Ice Under Armour has had good ideas (except for a “lost” year of calf condoms) and designs. Bloodline, Torch, Spawn, Juke, ClutchFit Drive – performance is breaking out. The Curry 1 is no different. Add in a superstar in Steph and UA has a hit. The Curry 1 has great traction, cushioning, fit, court feel, and materials. And for $120? Take notes, “other” companies – Under Armour isn’t just coming for you – they plan on kicking down the established doors. 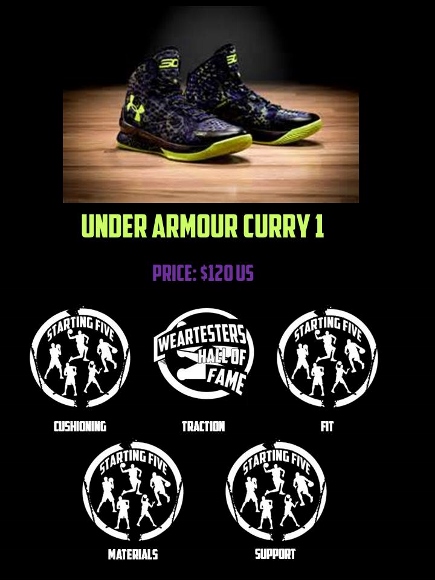