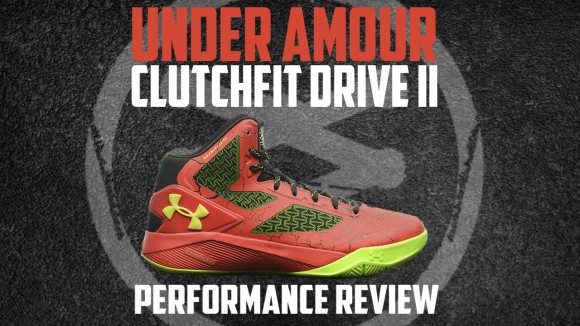 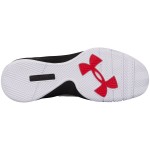 Traction: When in doubt, use multi-directional herringbone. The traction pattern on the ClutchFit Drive II is nothing fancy, no story telling, no anatomical patterns, just straight performance. The multi-directional setup allows you to be covered no matter what direction you plan–or don’t plan–on going in. Also, the traction wraps up on the midsole of the medial forefoot allowing for even more coverage on hard cuts and quick cutbacks; this feature saved my ankles (and life) on multiple occasions. Overall, the traction is nothing revolutionary–much like the Jordan XX9 or Kobe 9–but with solid coverage all over and a durable enough outsole to be outdoor approved, the traction on the ClutchFit Drive II is Starting Five material. 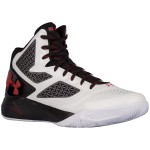 Cushion: Last year the ClutchFit Drive featured a full-length MicroG cushion setup that performed at a very high level. Now, Under Amour applies their Charged foam technology to its successor. Charged foam is a little more firm than MicroG and sacrifices plushness for responsiveness, which is perfect for quick guards that use a lot of lateral movements and quick cuts to get where they want to go. To be perfectly honest, you never really notice the cushion in the ClutchFit Drive II during use, which in this case, is a good thing. After extensive use my back and legs never once felt sore due to a lack of cushion. While I have no real complaints with the cushion setup, I do have concerns that it doesn’t quite match with the overall package that the ClutchFit Drive II presents – more on that later – but as an isolated attribute, the cushion setup is an honorable feature. 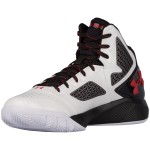 Materials: In the first ClutchFit Drive, Under Amour used their then-new technology ClutchFit on the upper full-length; now in the ClutchFit Drive II we only get ClutchFit as an underlay from the mid-foot to the ankle collar. At first glance, this looks like a major disappointment, but in reality it isn’t as big of a setback as I was anticipating upon first impressions. The fuse overlay that UA added for more support is actually quite pliable and gets even more flexible after every use. It also provides a more durable upper for outdoor purposes. The forefoot does not feature ClutchFit on the underlay. However, it does use a mesh that is just as flexible and at the same time not as conforming to your foot.

Overall, the materials of the ClutchFit Drive II are not as good as the ClutchFit Drive I, but during use you kind of forget the shoe is there, in a good way. The materials didn’t rub, pinch, or stab me and allowed me to move freely without any restrictions, while at the same time giving me the overall support I needed. I still think that UA could have flipped the script by using targeted fuse overlays to add more support and allowing the ClutchFit to run full-length for a more conforming fit…but hey, that’s just me. 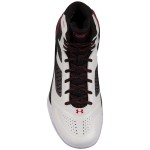 Fit: I was forced to go a half size down due to local availability, and if you enjoy a snug fit where your toes have little space in the front, I suggest you do the same. I like to have some space for my toes but even then I enjoyed the fit considering I wasn’t in my natural size. I use an ankle brace on my right foot – which happens to be slightly bigger than my left – and the ClutchFit Drive II was able to accommodate my brace just fine with no discomfort whatsoever. ClutchFit is advertised to act like a second skin and you definitely get that feeling in the mid-foot and collar area, but thanks to the fuse overlay, the conforming fit isn’t as effective as it could be. As for the forefoot toe area, the underlay is a mesh similar to what is found on the tongue and doesn’t provide that conforming fit you get in other areas of the shoe. This is a minor problem that doesn’t cause any huge issues but it would have been nice to have a consistent feel throughout the shoe.

In a nutshell, the ClutchFit Drive II provides good fit in most areas with minor setbacks in the forefoot, but as mentioned in the materials section, i still think the fit could have been great by using ClutchFit full-length and targeted fuse overlays for added support. 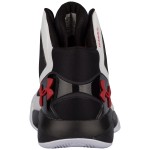 Support: This is the area that you can really tell Under Amour wanted to improve on. Last year’s ClutchFit had really good support–for a guard. In fact, their entire lineup of basketball models didn’t really provide ample support for bigger players. In simpler terms; there was no Under Amour version of the Hyperposite. To remedy this, Under Amour used a fuse overlay which gives that supportive feel that bigger players need on court. Also, an upgraded heel cup adds lateral stability to keep your foot from shifting off the footbed. You’re never going to feel like you are restricted or uncomfortable in the ClutchFit Drive II; the added support features cater towards a wide array of positions, with a slight advantage towards forwards and centers. With that being said, even though I’m a guard, the ClutchFit Drive II is very versatile in the support category. Usually with “big man” models the support can feel restrictive and often times simply weigh you down. This was not an issue with the ClutchFit Drive II, but if you are looking for a sneaker that feels light on your feet and like nothing is there, you might want to look elsewhere. 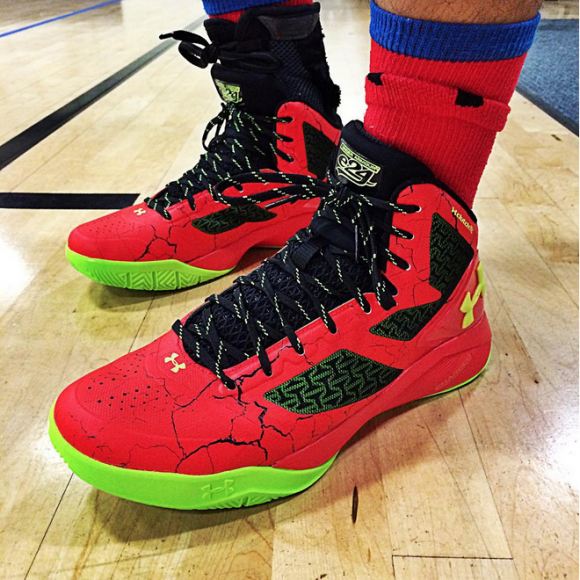 Overall: The ClutchFit Drive II does not live up to it’s predecessor. While the addition of Charged foam is a personal preference that will change depending on who you talk to, the absence of actual ClutchFit technology is glaring–but only aesthetically. Functionally, the ClutchFit Drive II performs like a more supportive version of its original, which I can appreciate. Under Amour saw that they had void in their basketball line up with no models really catering towards bigger players so they used the ClutchFit Drive II as a canvas to fill that void. This makes sense since their number one guy, Stephen Curry, is a guard, and any guard interested in an Under Amour model will probably end up going with the Curry 1. The problem is that the cushion setup uses Charged foam, a more responsive and firm version of Micro G that is really a guard’s dream. Under Amour should have stuck with the full-length MicroG which would have provided a more plush ride and offered a little bit more impact protection.

At the end of the day, the ClutchFit Drive II is perfectly designed for power guards thanks to the responsive cushion setup and flexible support, but can still be used effectively for positions 1 through 5. So big men, here is the Under Amour model made for you, just don’t say I told you so when you’re wishing for a softer ride.

You can purchase the ClutchFit Drive II at these retailers: Under Amour | Foot Locker | Eastbay 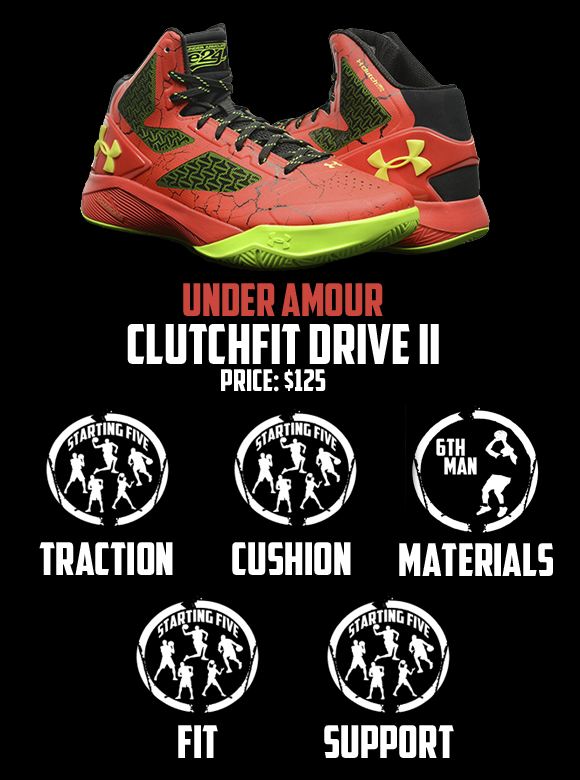