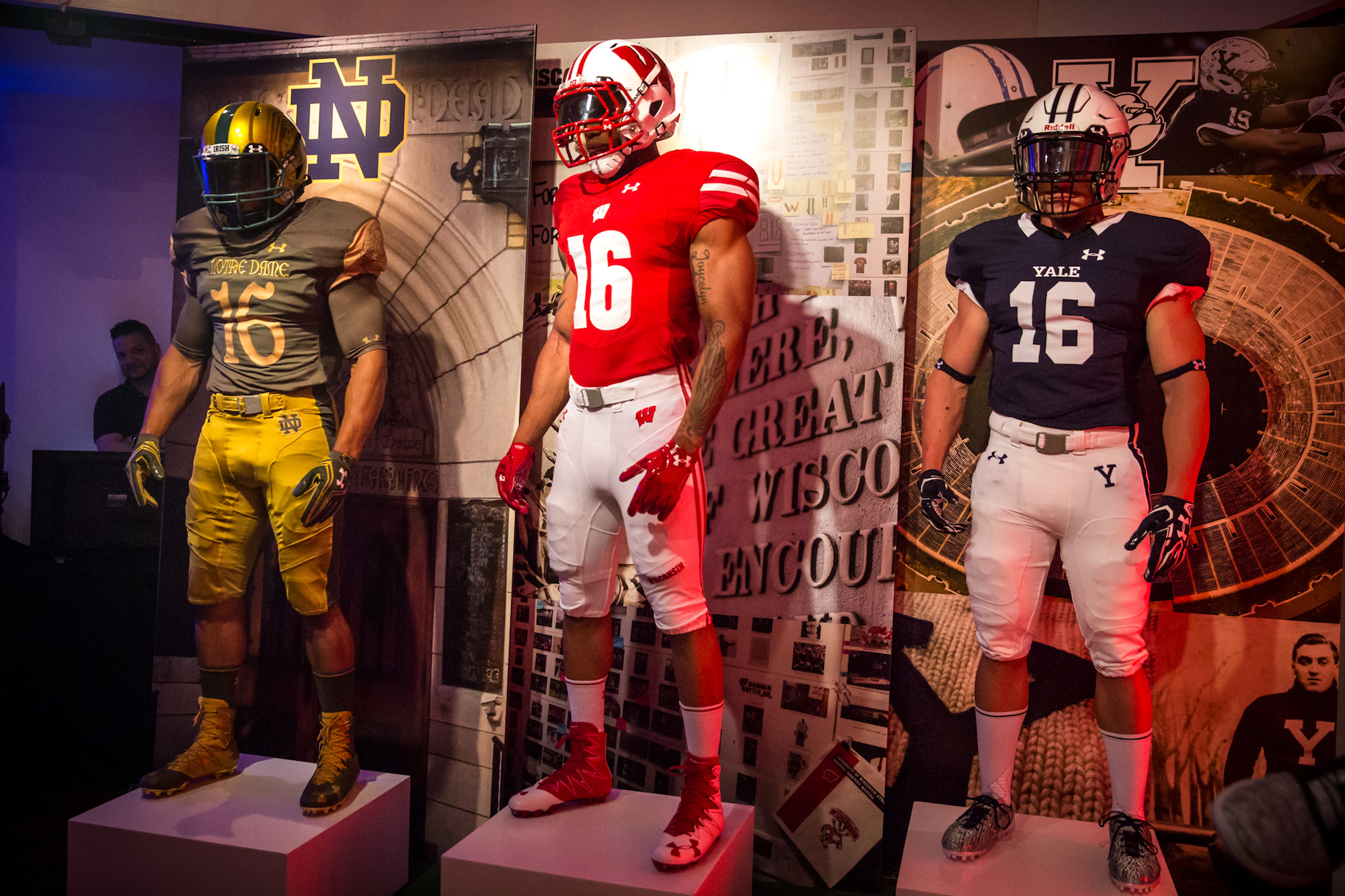 Under Armour held its Collegiate Design and Innovation Showcase a few days ago in New York City. At the event UA unveiled the new 2016-2017 jerseys for its premier collegiate football teams: Notre Dame, Wisconsin, and Yale (the brand’s first Ivy League school).

2016 also marks Under Armour’s twentieth anniversary so there were a ton of cool displays that celebrated landmark moments in the brand’s history — from the first compression top in 1996, to the brand new uniforms unveiled that night.

There was a Q&A session with UA’s Adam Clement, Senior Creative Director, and Josh Rattet, VP of Team Sports Product, lead by ESPN’s Hannah Storm. The group discussed what goes into creating new gear, how to tell important stories, and Under Armour’s history on the football field. I got to speak with the awesome Josh Rattet whose wheelhouse is footwear. He was formerly with Reebok during some of its golden years, from 1994 to 2008, and the interview is coming soon, don’t worry.

Also in attendance were five young athletes including Jerian Grant of the Chicago Bulls and Stefon Diggs of the Minnesota Vikings (the others were under tinted helmets showing off the new gear on podiums, photos below). Both athletes attended colleges with UA sponsored programs; the ecstatic and charming Diggs attended the University of Maryland, while Grant, the latest Summer League MVP, attended the University of Notre Dame and, according to UA, was one of the first athletes to play in the University’s Under Armour uniforms and footwear. I got to speak briefly with Jerian Grant about being part of the UA family and that interview will be up shortly.

The new jerseys for Notre Dame, Wisconsin, and Yale all feature a compression fit, ArmourGrid, a lightweight and durable fabric, 4-Way Stretch, and HeatGear fabric, which help keep the wearer cool. Additionally, each university’s jersey showcases design details unique to that university.

Check out all the imagery below and stay tuned for coming interviews! Be sure to leave your thoughts on the latest collegiate jerseys in the comments down below. 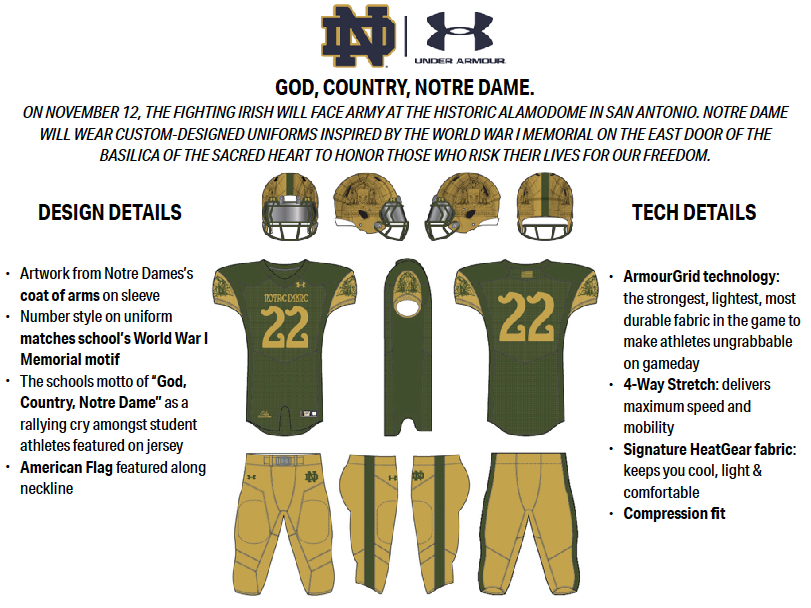 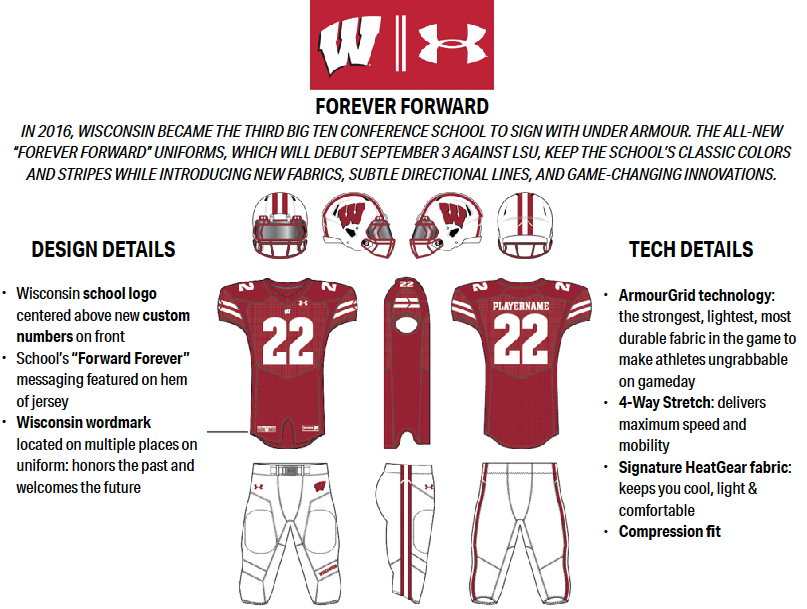 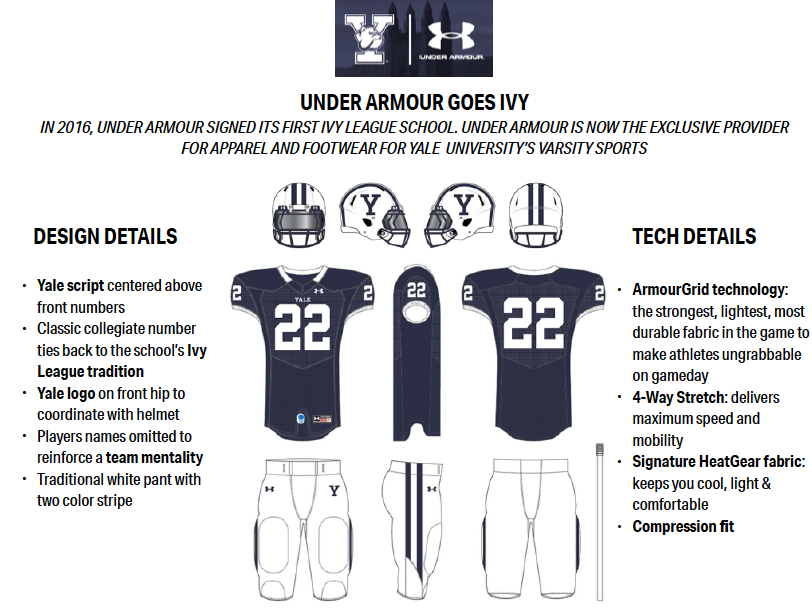 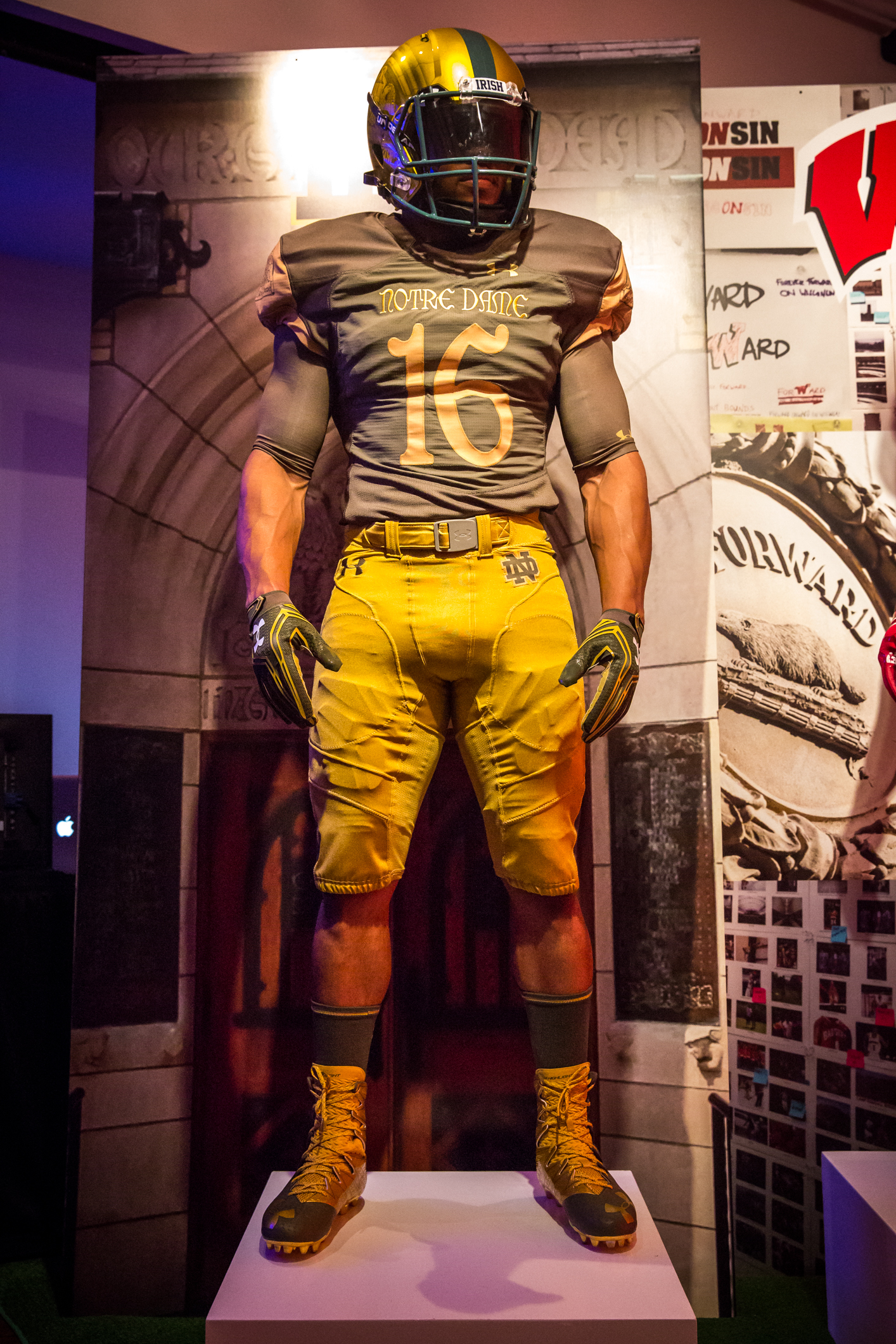 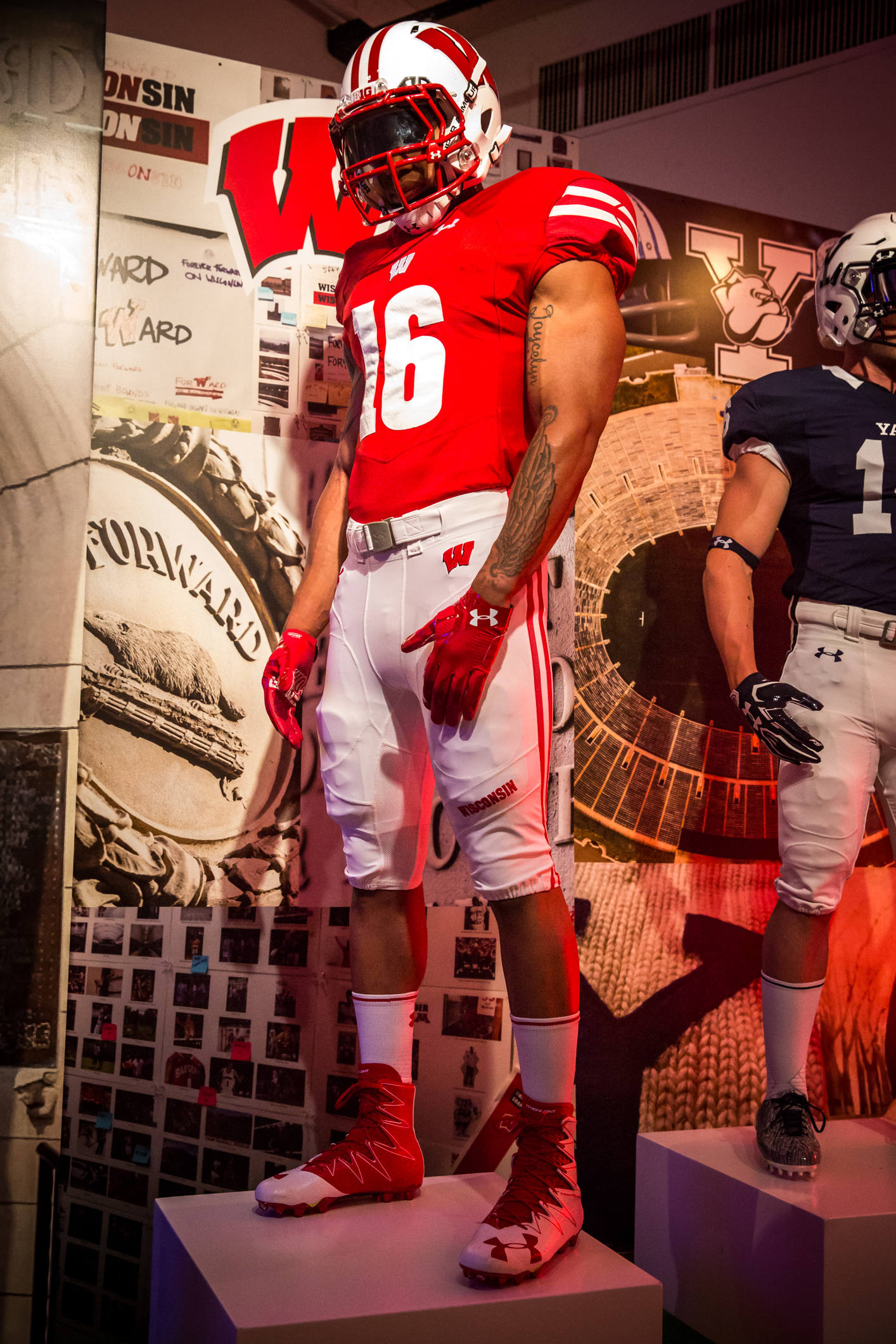 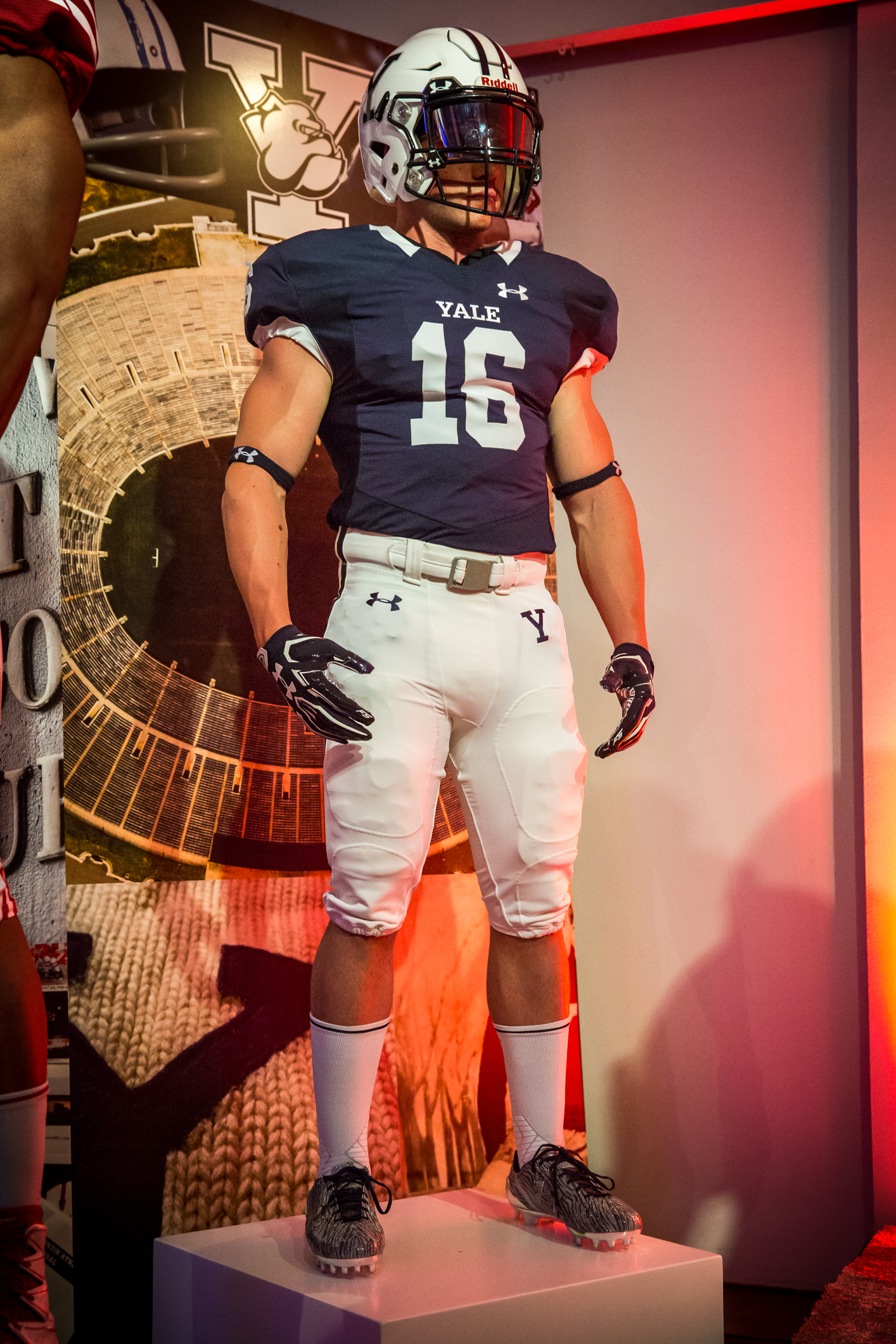 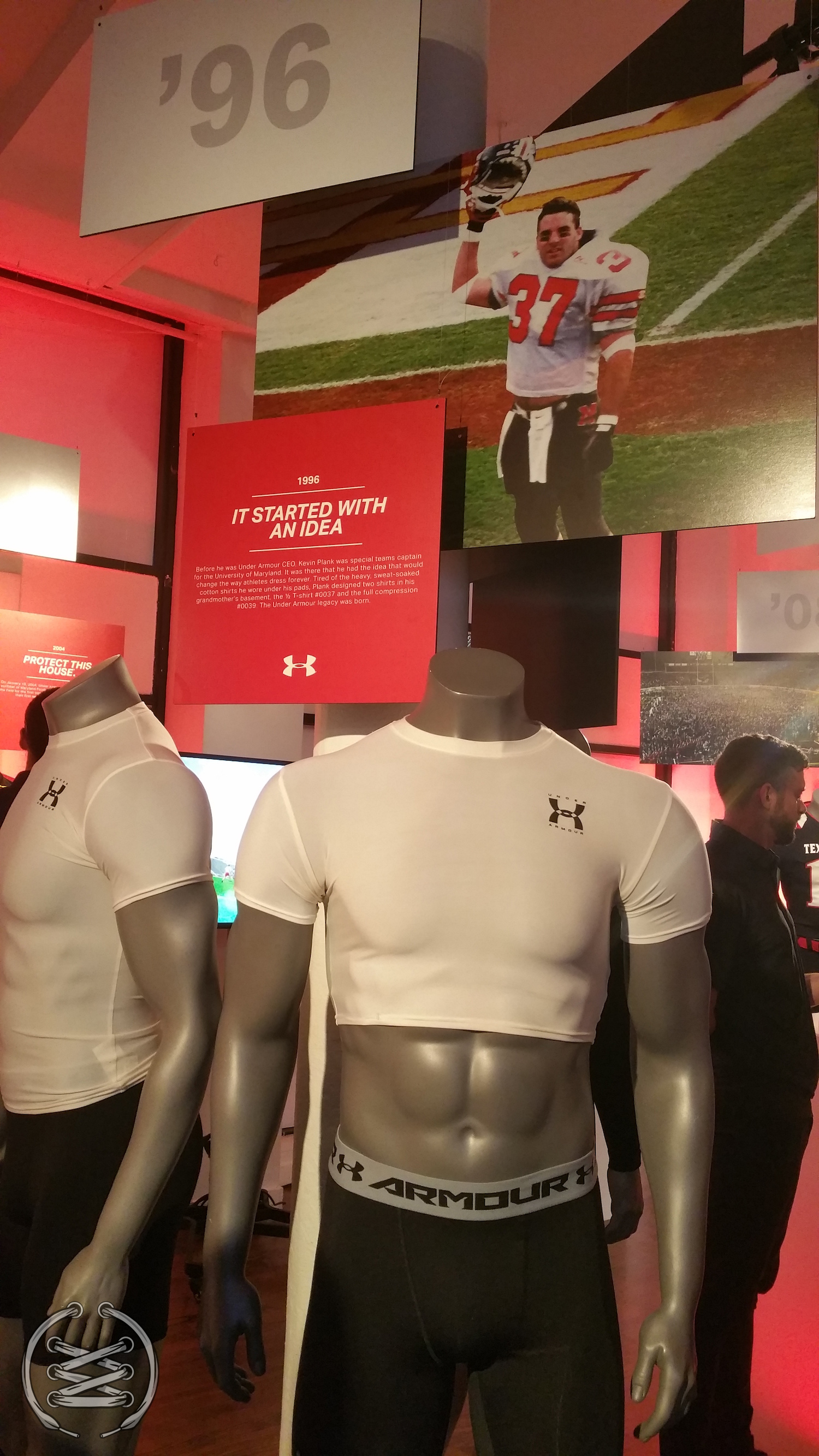 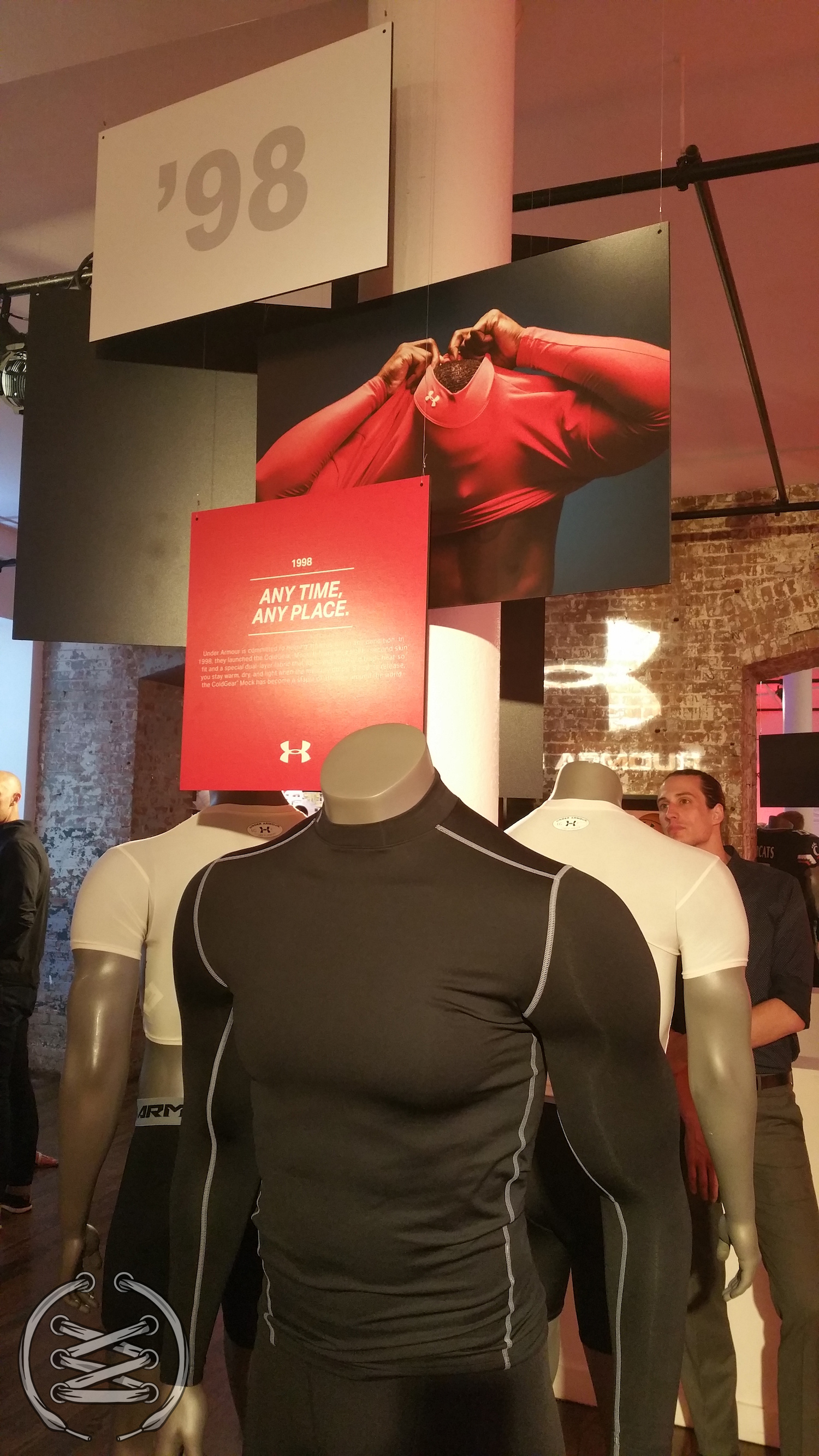 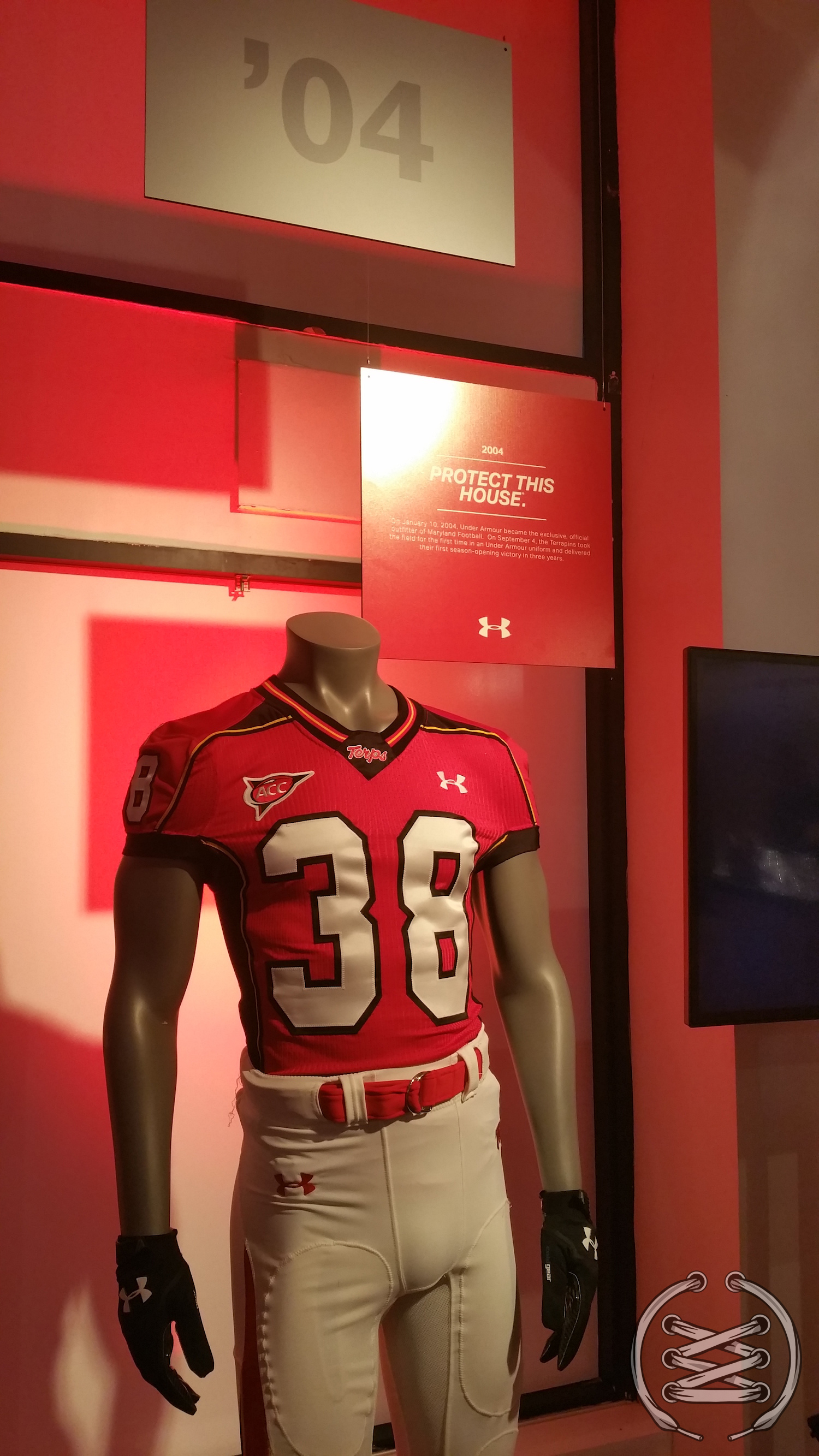 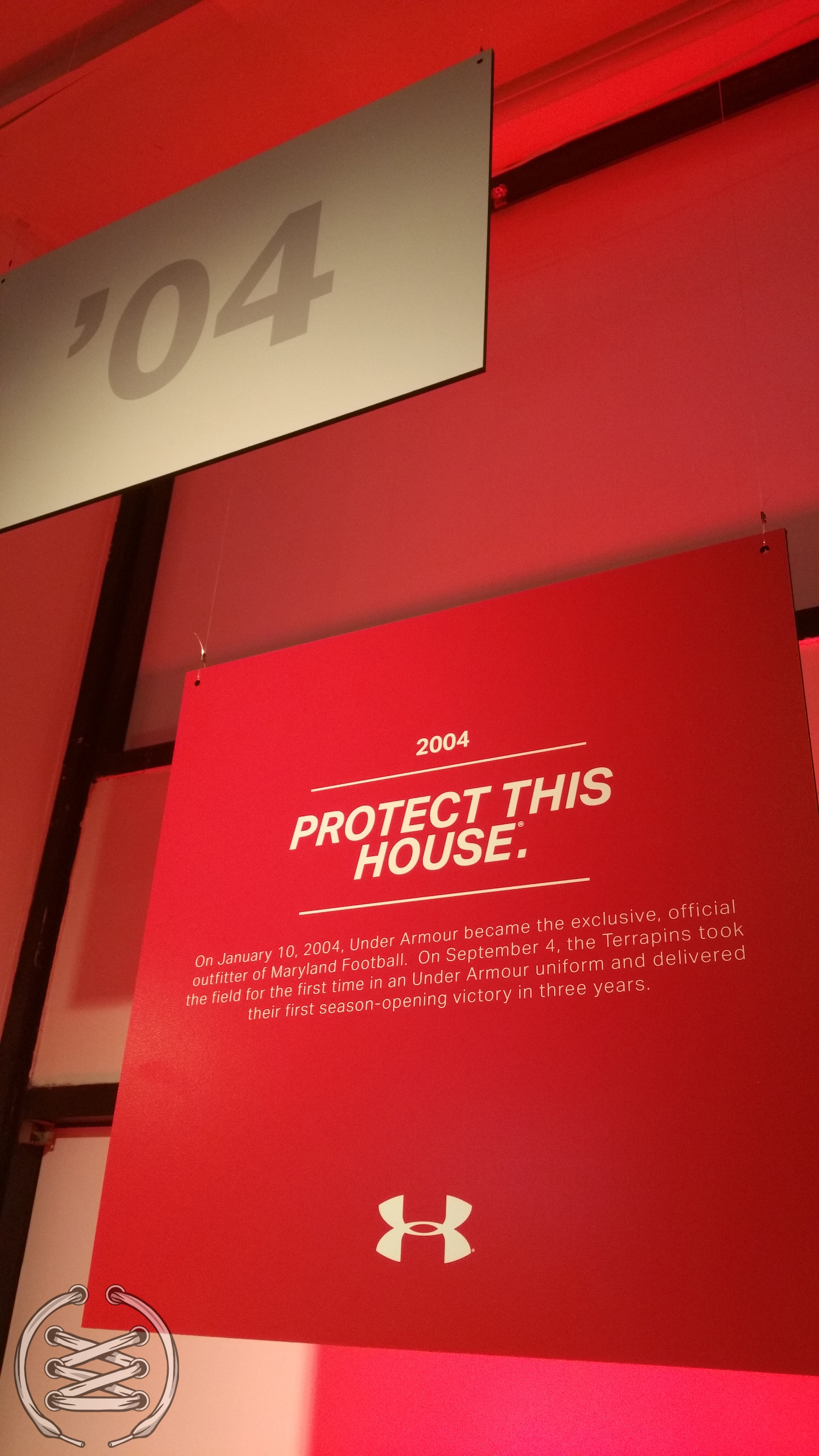 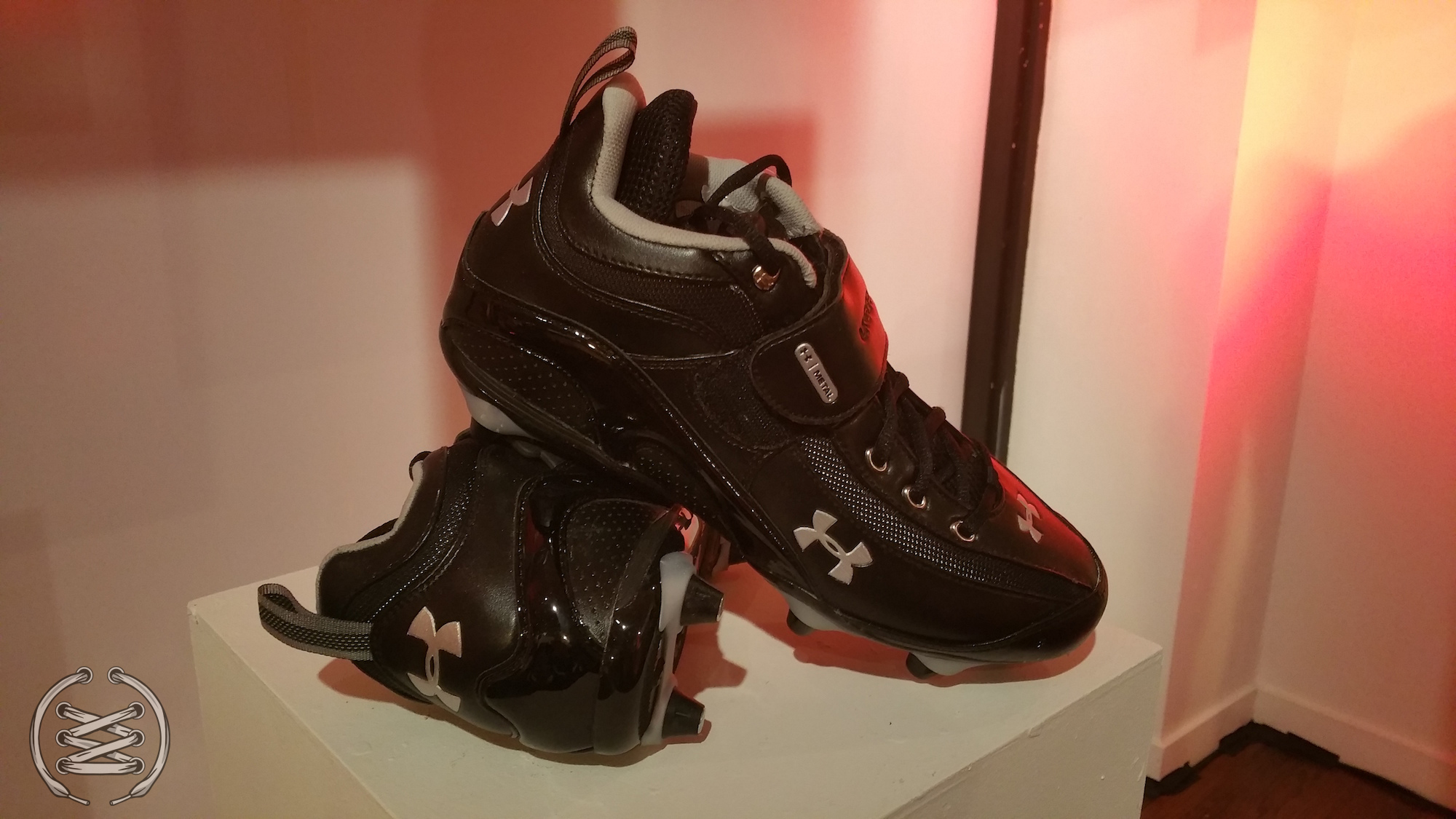 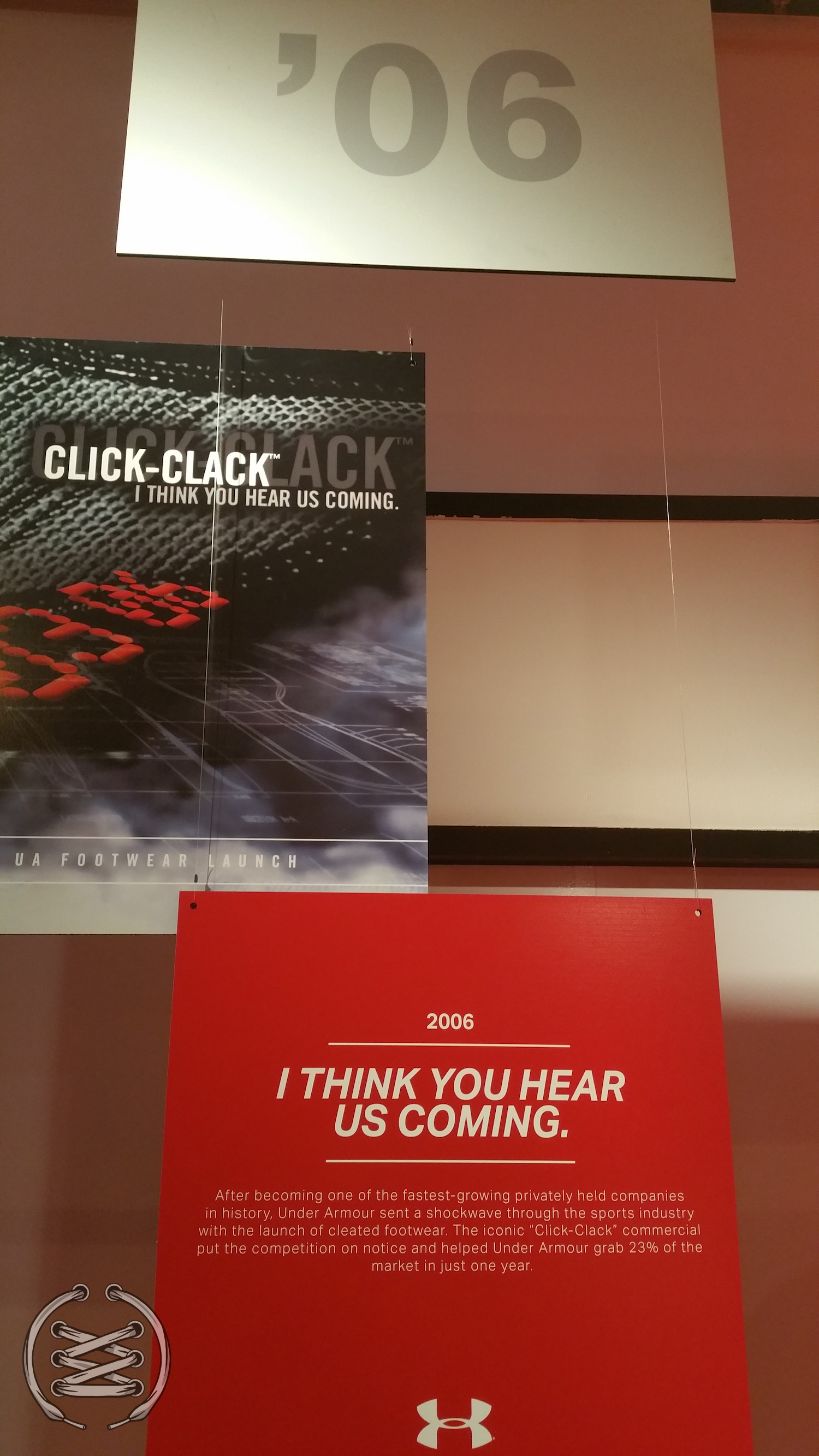 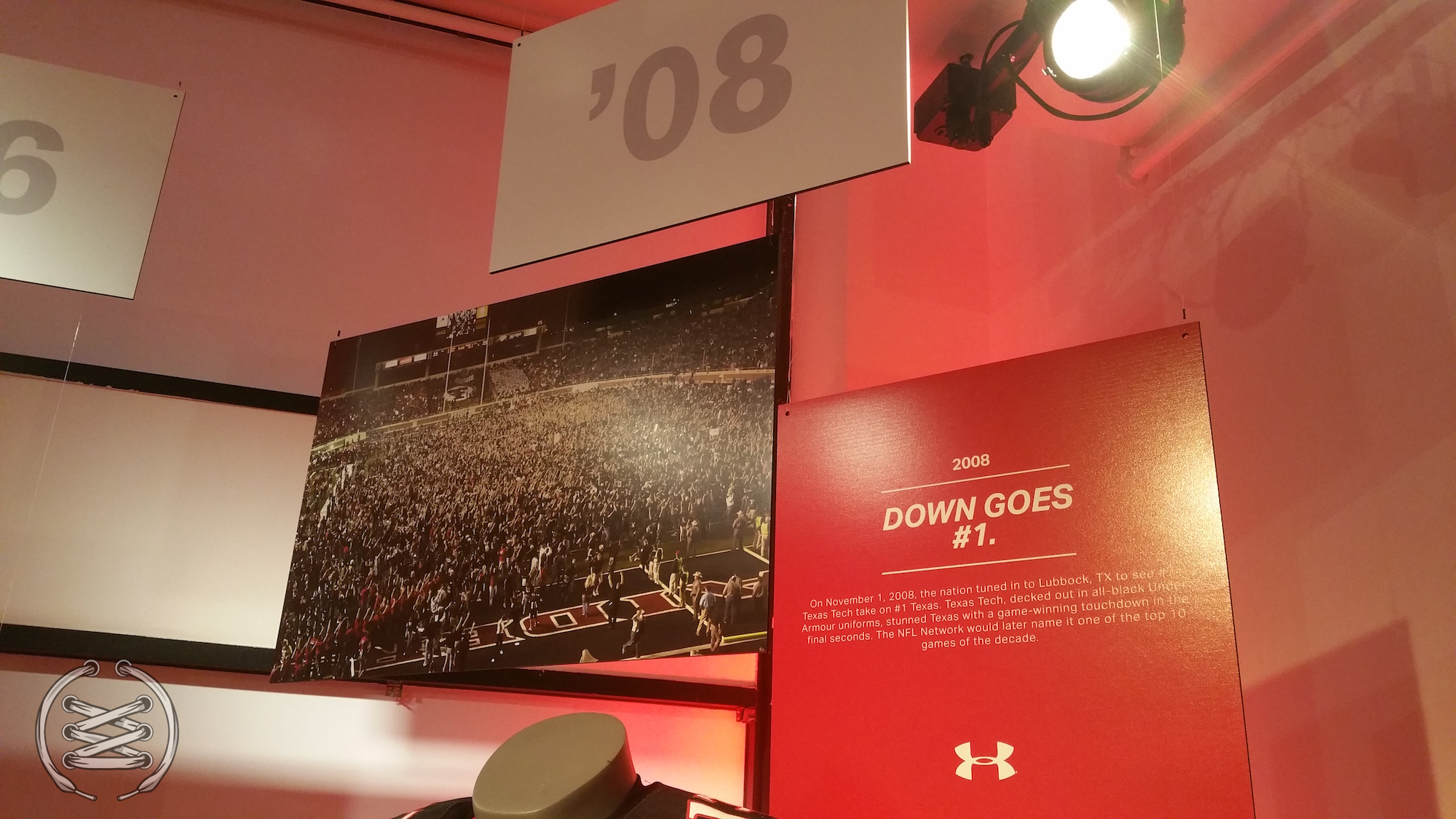 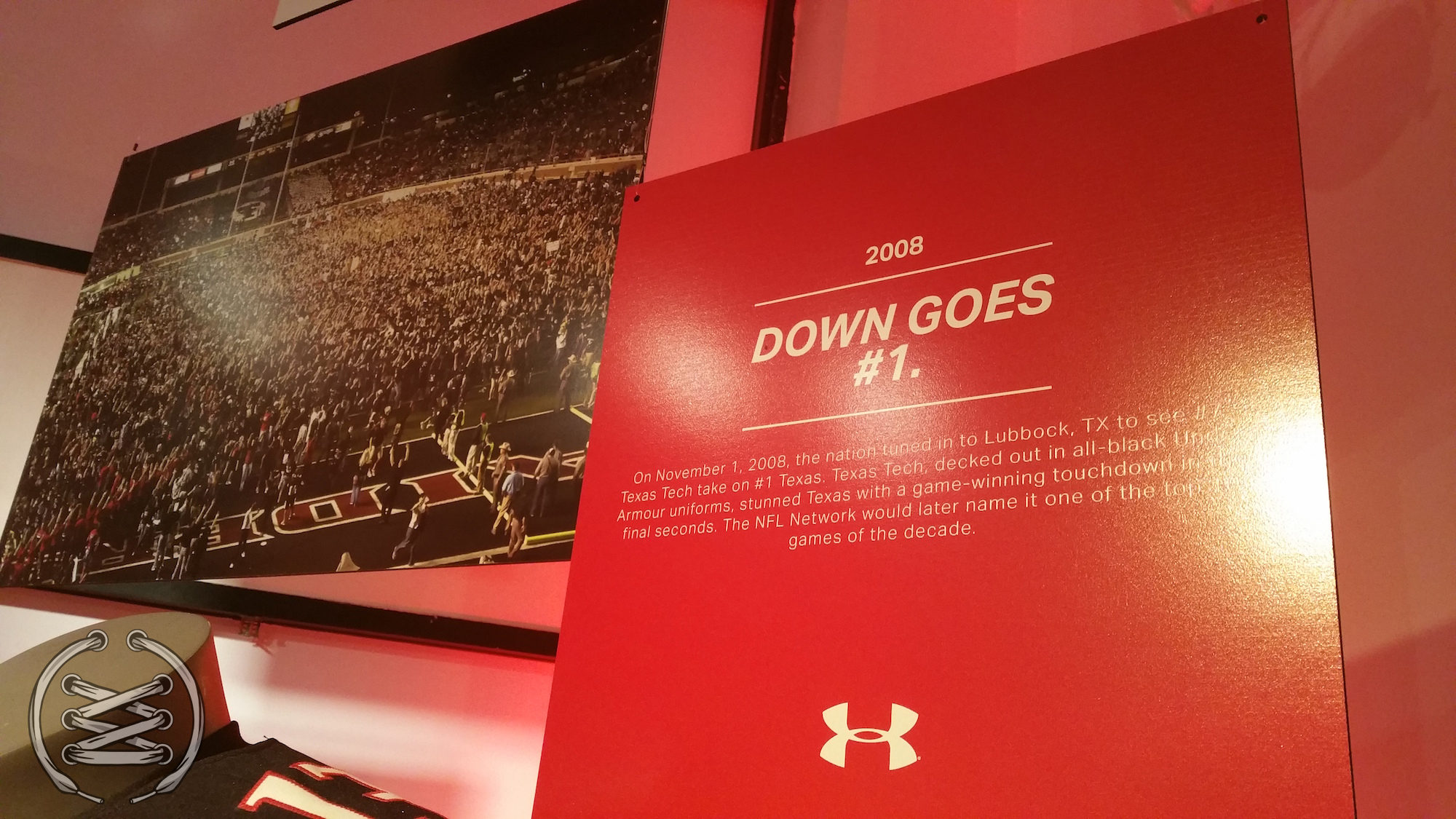 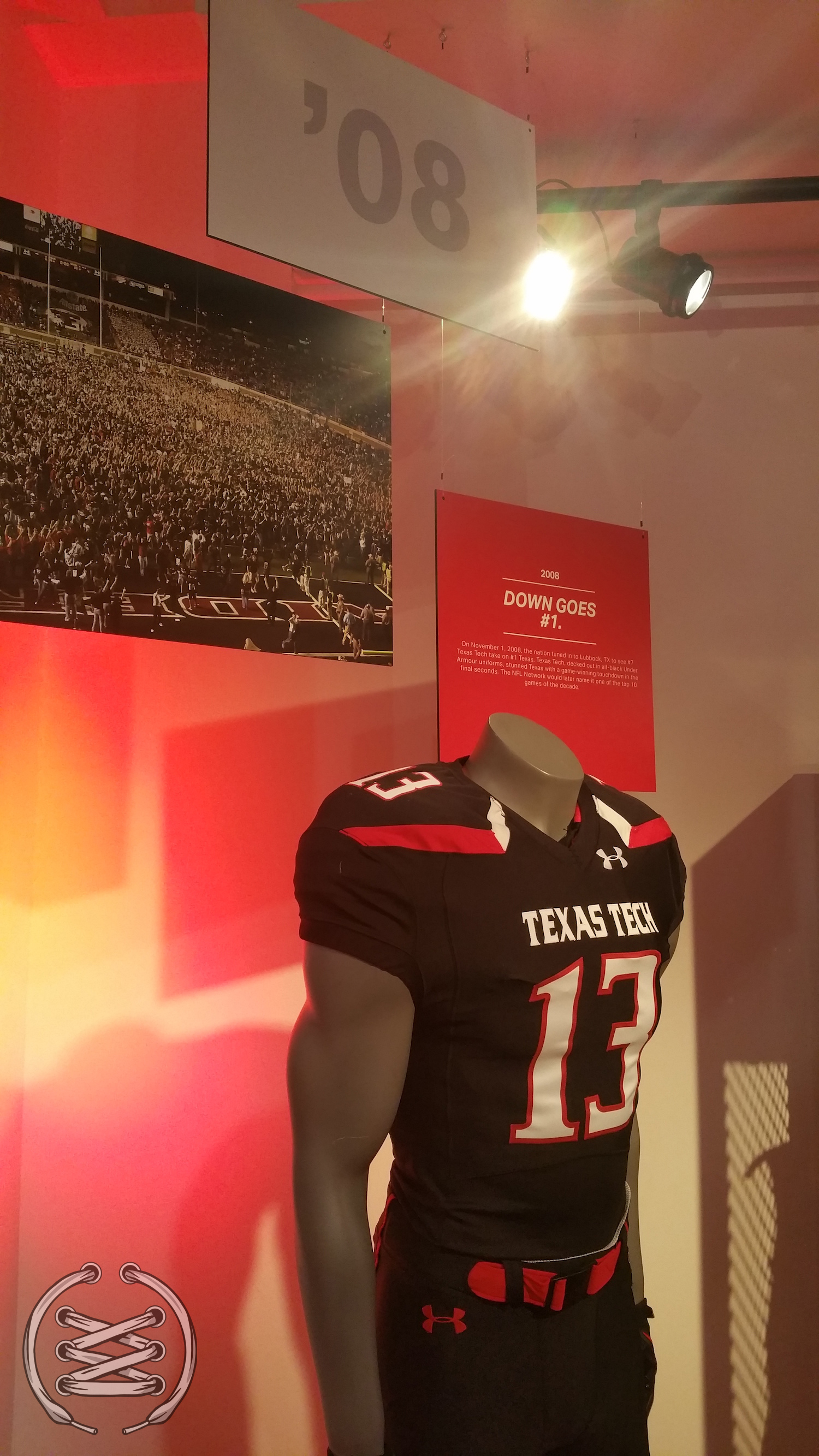