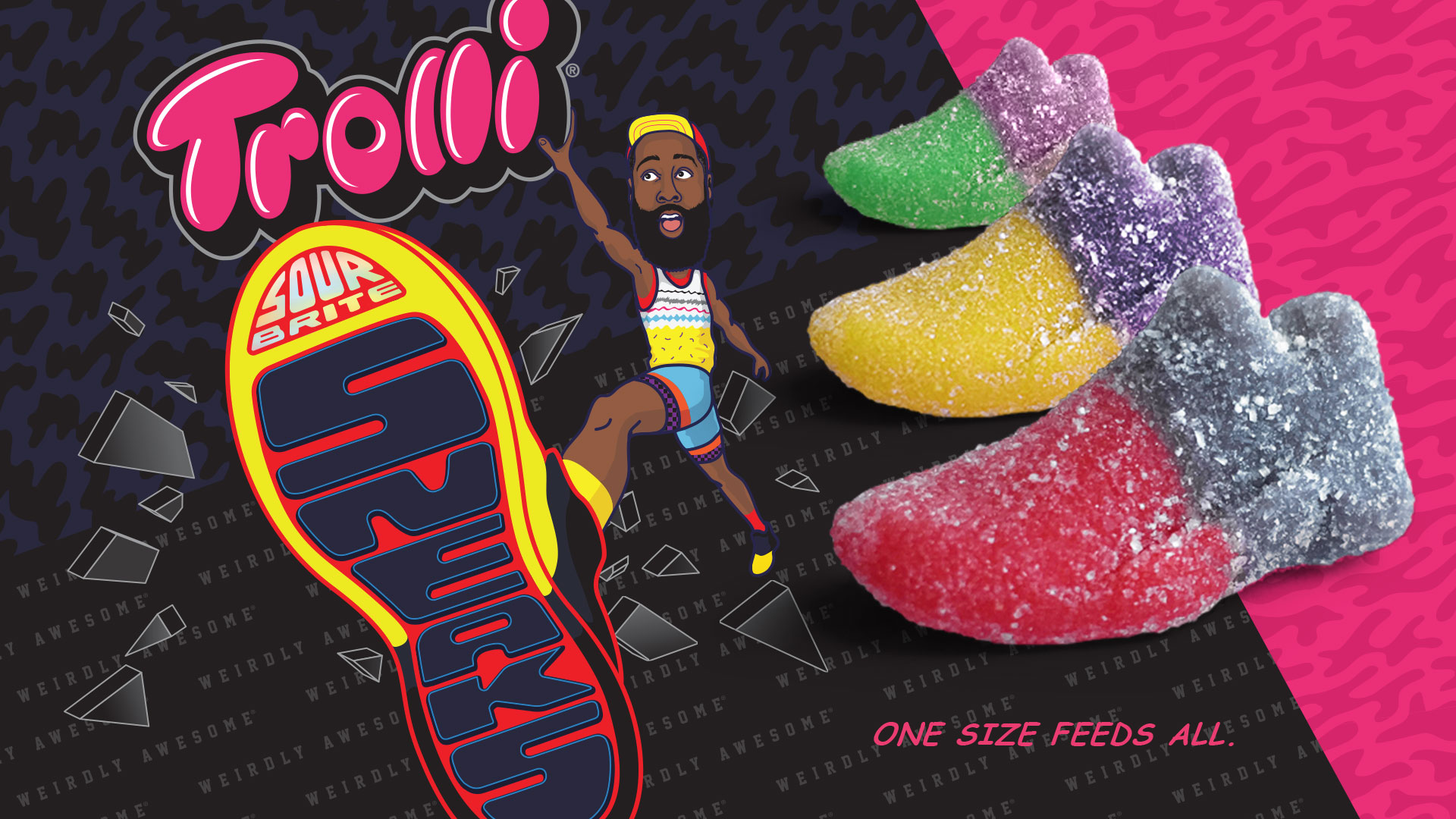 It’s about time another Trolli gummi candy was made with one of the brand’s lead ambassadors, and the latest is James Harden. After having the Trolli Sour Brite Weird Beards hit the shelves, which were a candy made in the image of Harden’s face, the next gummi candy is coming and it might just interest all of us sneaker lovers.

Trolli and Harden have partnered for a new gummi candy, the Trolli Sour Brite Sneaks. The one-size fits and feeds all candy is shaped to resemble the adidas Harden Vol. 1 and features both left and right shoes that will sit on a tabletop on the soles of the “shoes.”

Additionally, a “collector’s edition” will feature a special “Triple-Double Berry” theme that is inspired by Harden’s triple-double history on the hardwood.

The Trolli Sour Brite Sneaks are expected to hit 7-Eleven shelves beginning in March and other retailers in May just before the NBA Playoffs. No pricing information has been announced, but the candy will be available in LA for All-Star Weekend.

Have you tried the Weird Beards before? If so, share your thoughts in the comments below. What you think of the idea of sneaker gummi candies? I think the Weird Beards and Sneaks are an interesting and funny idea to put into a gummi candy, but they taste the same. 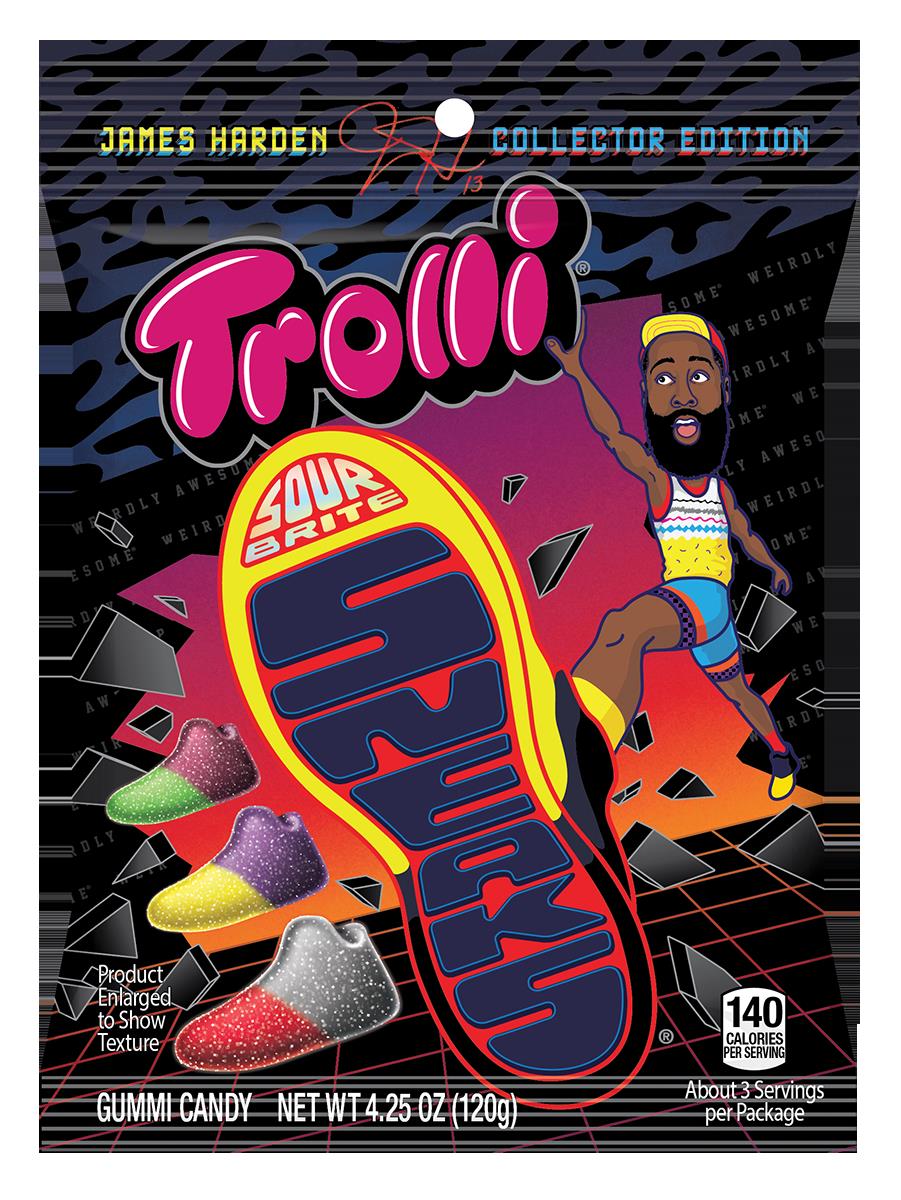